My Brother’s Place, Three Fingered Jack and a Cat

We are home... and we took the scenic route. 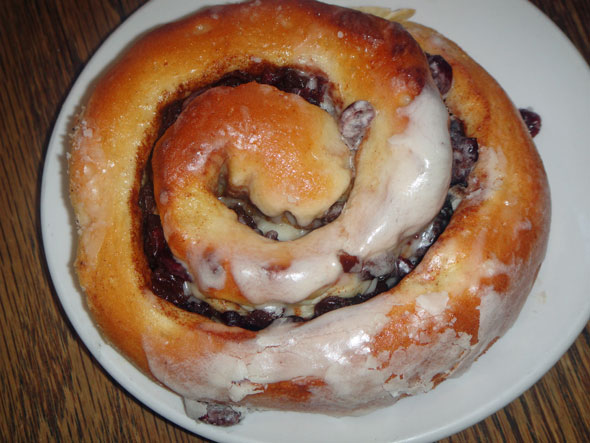 Raisin Cinnamon Roll. I really can be mean... sorry. 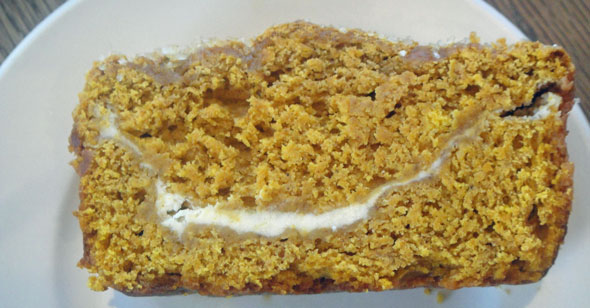 After saying goodbye (for a few weeks) to my folks, we hit the road (Highway 22) back to Portland... with several stops planned along the way.

First stop was the Sisters Coffee Company in Sisters, Oregon to pick up a few pounds of their Black Butte Gold coffee beans. All coffee sold/brewed is roasted on-site. My brother, Rick, did all the rock work and pine railings in the building. 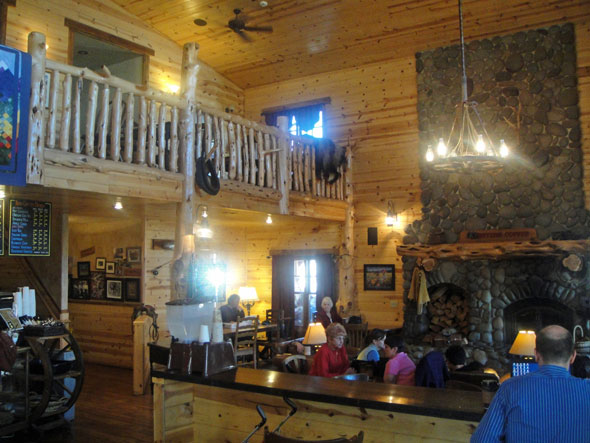 Second stop was to my brother's house. He (and his lovely wife, Ali) were away fishing, but he still wanted us to stop by to see the exterior renovations on their house. 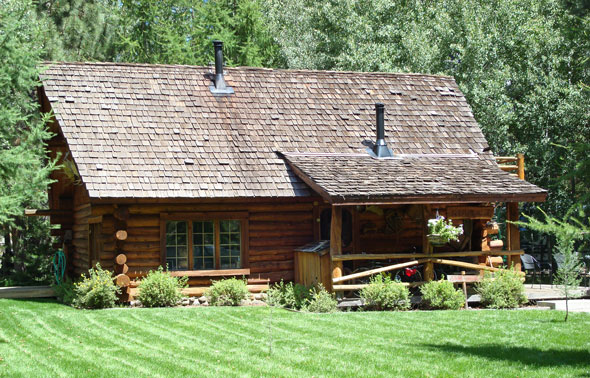 Above is a photo of my brother's house taken in 2007. He built the house himself, beginning in 1976. The log "cabin" has an open floor-plan on the first floor - excluding one bedroom and a bath/laundry - and the upper floor consists of the Master Bedroom and den/office. The entire house is heated with a wood stove. The property also has a small guest cabin, a workshop, hot tub, wood shed, and a fully-fenced vegetable and vine berry garden. This little piece of paradise is just a few miles from downtown Sisters, Oregon and is bordered by US Forest Service land. (Wow, could I write real estate sales ads, or what?)

Here is a photo of the house after Rick did a little "home improvement" this summer: 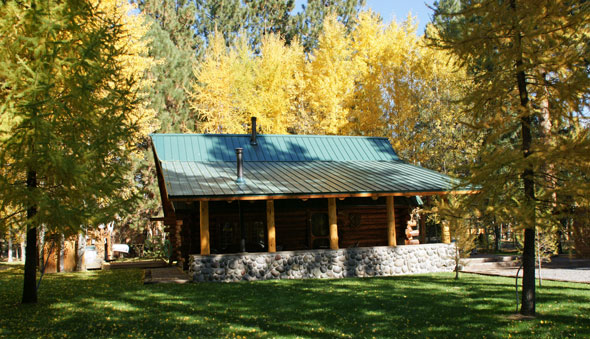 Rick really raised the roof, eh? The shake roof was removed, a large over-hang was added and a metal "snow roof" was set in place. The entire house is now wrapped with a stone paver porch and the front portion is covered, creating an "outdoor living room". At this time, my brother is working on the river rock work on the patio areas. 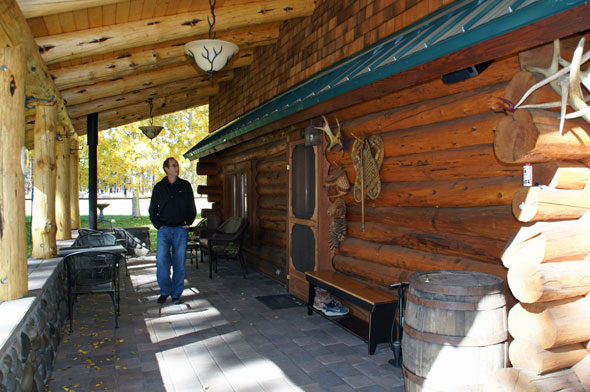 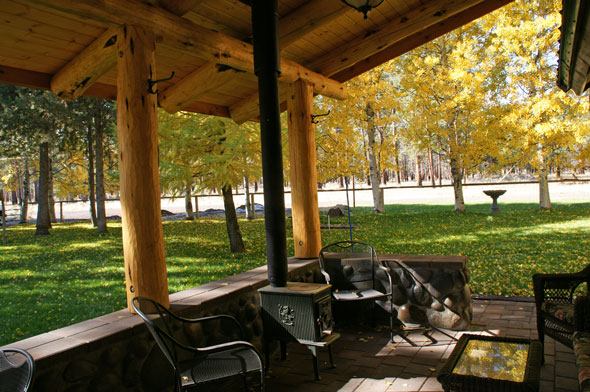 They also put a small woodstove outside 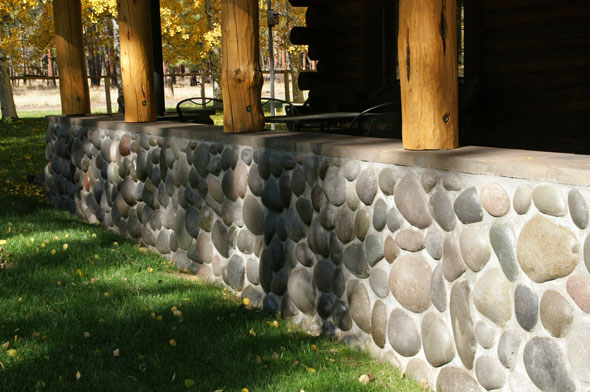 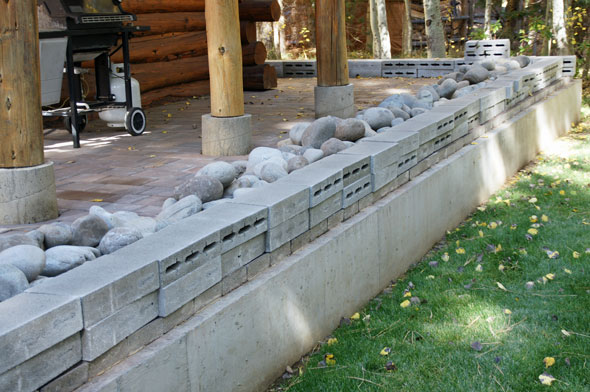 OOPS - not quite finished, Rick. Get to work!

We continued on towards Portland. We enjoyed a beautiful drive with the vine maples turning brilliant gold and rust! We did a quick stop at Lost Lake to a snap a photo of Three Fingered Jack emerging from the clouds. (NOTE: there are several "Lost Lakes" in Oregon. This particular Lost Lake is west of Sisters on Highway 22 and as long as I can remember has never been lost... especially since it sits right on the road.) 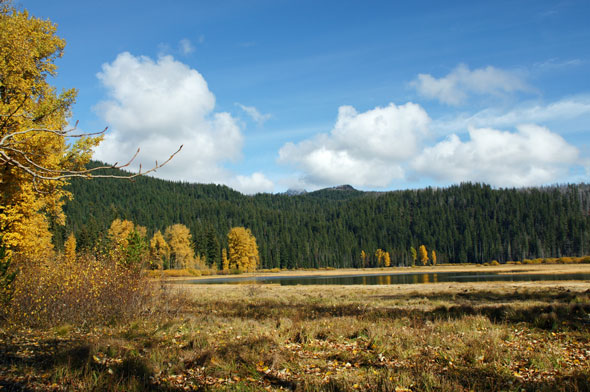 Lost Lake with Three Fingered Jack hiding in the clouds 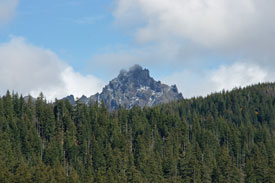 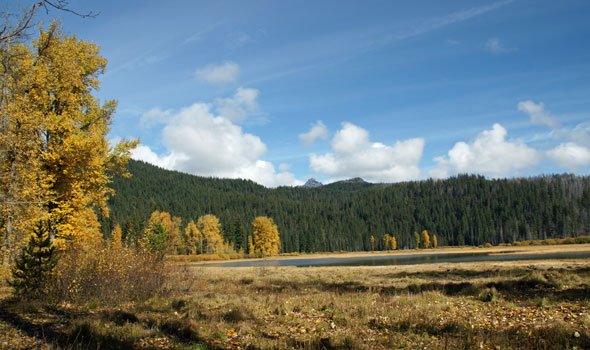 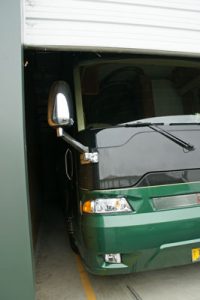 Our last stop was to visit the Magnus Peregrinus. Okay, we really didn't need a visit... DT needed his heavy, warm, Duck-emblazed coat to wear to the football game in Seattle (Ducks v University of Washington Huskies) this weekend... and the coat was in the RV.

Finally - home again. All was well at Taylor Manor. We were settling-in and going through a few days mail when we had a little visitor - a stray feline.

We live a bit rural, so this isn't the first time we have had a stray cat on our property. However, this cat is not feral. This cat knew to scratch at the door. This cat did not run when we opened the door. This cat wanted to come inside. She is young and seems healthy. She is very small and very vocal. I bet the cat only weighs four or five pounds - teeny. What a sweet face! 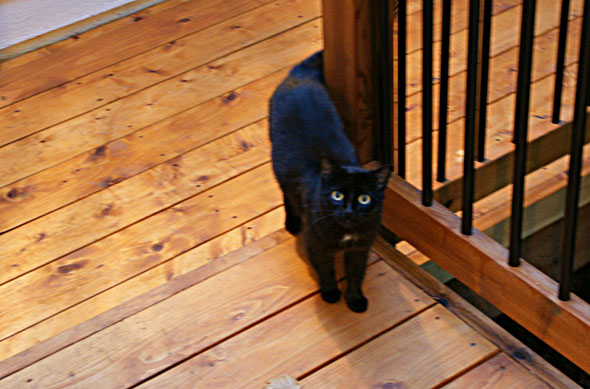 I need someone to love me

DT wouldn't even look at her. He knew he would be a goner and we have no place for a pet in our lives at this time with our travel schedule. Dave drove around the surrounding neighborhoods looking for "LOST CAT" posters. None found. This cat is either lost, or (possibly) she was abandoned/dumped by her owner. So sad. I have contacted the animal shelter and have filled-out the on-line lost/found pet matching forms. Since we have no cat food, I gave her (organic, warmed) half-and-half and bit of line-caught tuna.

I bet she will be back in the morning.

Especially since we put a blanket-lined box on the deck for her tonight.

Until my next update, I remain, your "I am not getting another cat" correspondent.