Portland, Oregon: Our flight back to Portland this morning was less than two hours and we had clear, smooth, skies that allowed us great views over Yosemite and the entire Cascade range – a string of volcanic peaks that stretch from British Columbia to northern California. My photos are not great (taken with my phone through an airplane window), but the peaks are majestic anyway. 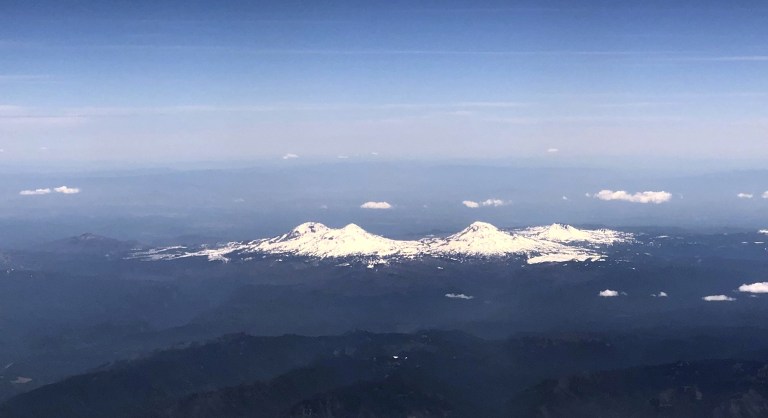 The Three Sisters – near Sisters/Bend Oregon 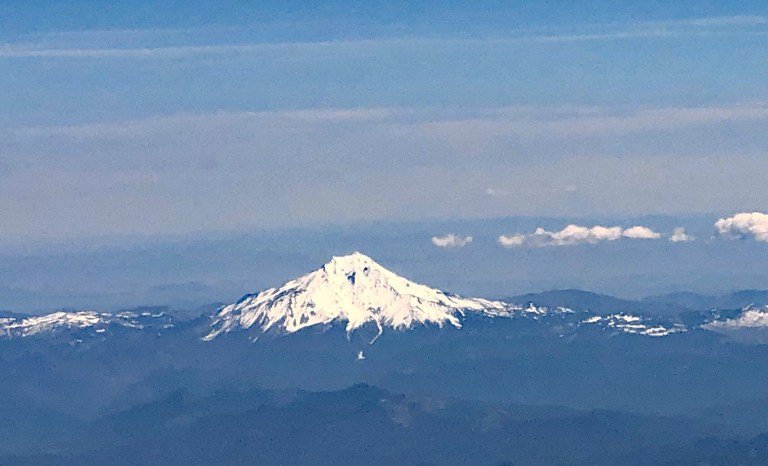 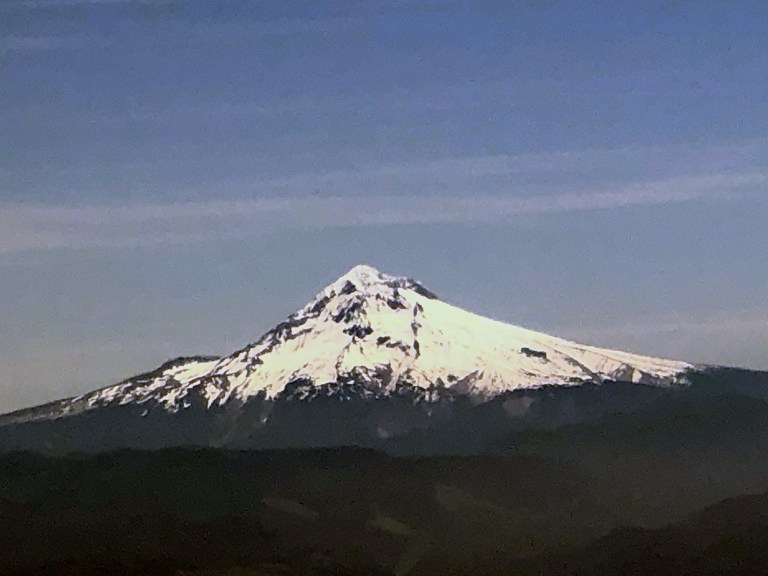 Mt. Hood can be seen from all around the Portland area. When she isn’t covered in rainy (or snowy) clouds,
Oregonians proclaim the mountain is “out” today. We are weird.

This string of peaks are east of the Willamette Valley and give us snow, water, timber, skiing, hiking, peace, fish, game, forest fires, and an abundance of fruits and vegetables. They also provide amazing postcards for tourists. As the plane banked left/west to land at PDX (along the banks of the Columbia River) we could see Mount St. Helens (she blew her top in 1980), and far-far-far beyond her, Mt. Rainier (east of Seattle) was also visible. Really a great view of the Cascades today from the plane.

We made a stop for lunch at the new Din Tai Fung that opened in a huge shopping mall in the Portland suburbs. (Most of Din Tai Fung locations throughout the world are, for some reason, in shopping malls.) They are famous for Taiwanese soup dumplings and we were so happy they had opened a branch in Portland. 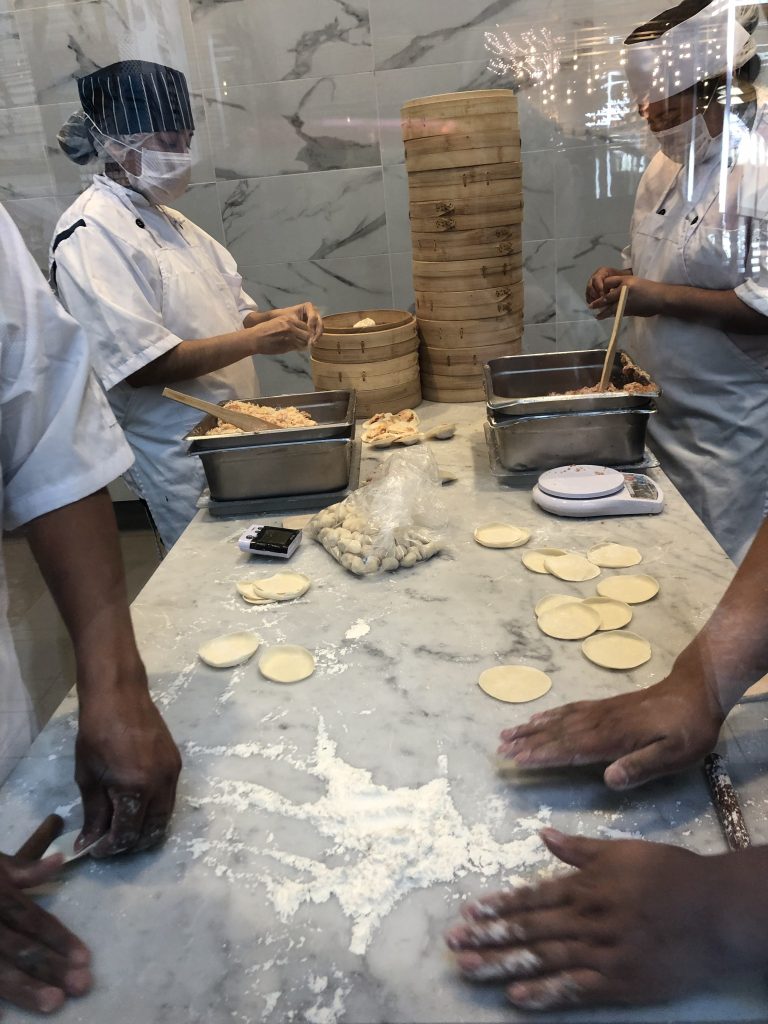 Every Din Tai Fung we have visited (five now) has an open viewing window in the front of the store so everyone can watch the delicate dumpling folding method used at the restaurants. Each wrapper is rolled-out individually and each dumpling is filled and folded at an amazing speed and with incredible dexterity. 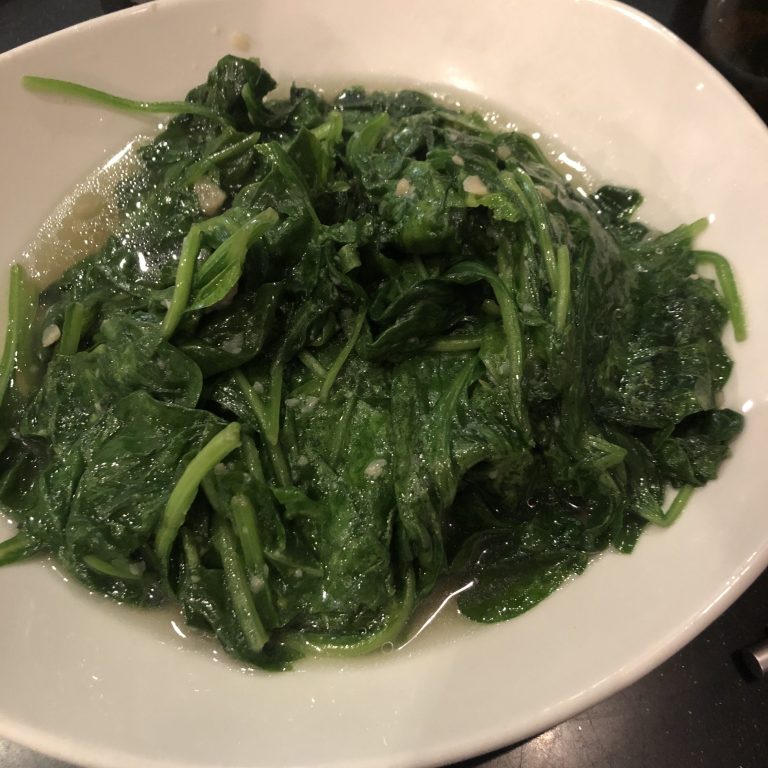 Bummer for us, but dang-near every dumpling dish seems to include pork or shellfish, so we are a bit limited to our choices of dumplings. Chicken or cod. However, they make traditional Taiwanese-style vegetables. Today we ordered their garlic spinach and their chicken fried rice. 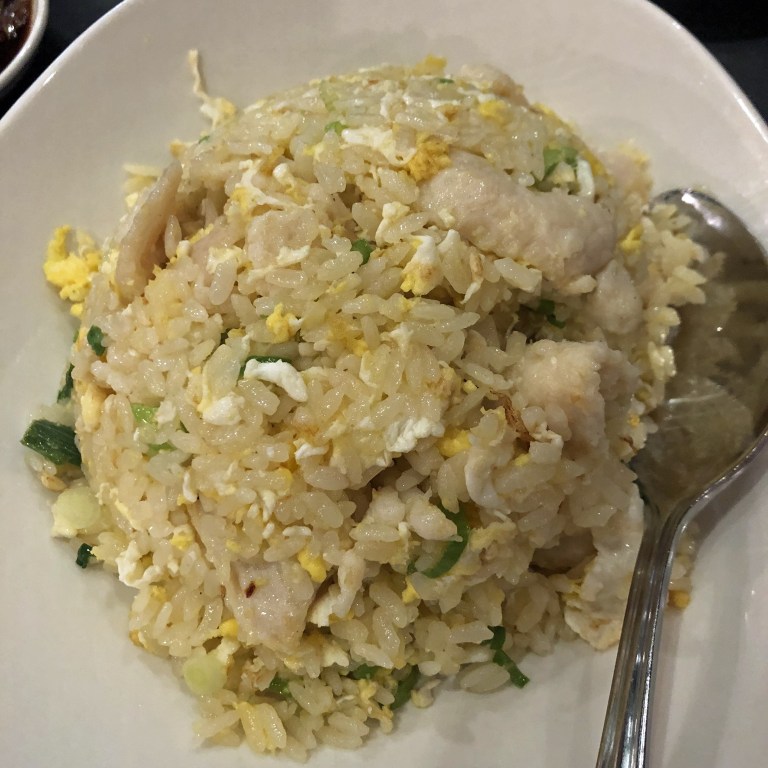 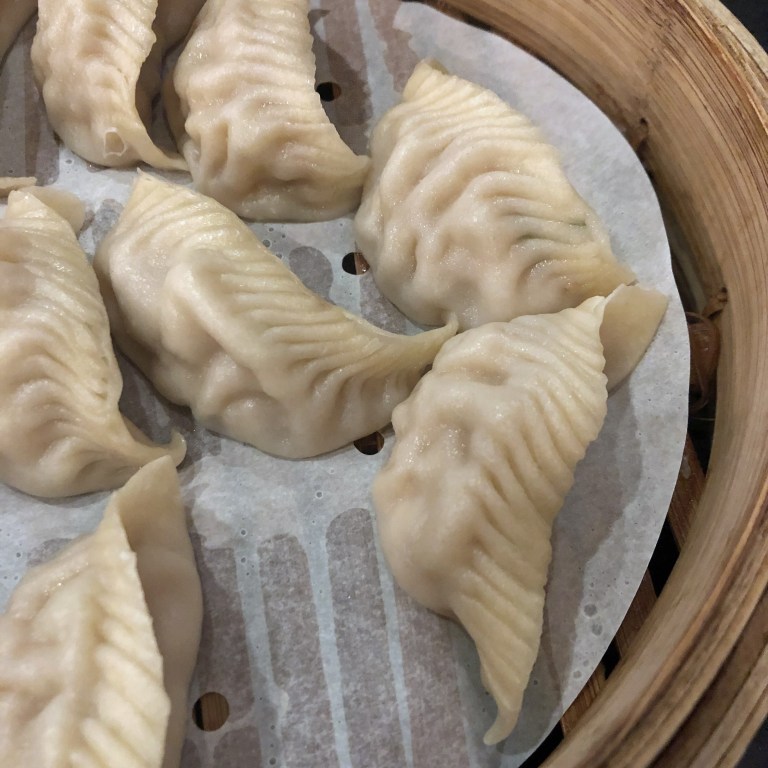 And… ta da… our steamed chicken dumplings. Look at all the pretty folds!

After stopping at the grocer for – duh – food, we are home, unpacking and getting ourselves re-re-organized. We will now stay home for a while.

Until my next update, I remain your 台湾 correspondent.