News Around the Island

Portland, Oregon: We are still here. Still organizing this house to eventually down-size. Tackling the massive manor room-by-room, and using a little Marie Kondo (putting all books together, all photos-in-frames together, etc., to sort) as we decide which items to keep/purge on our continued project. Less-and-less items “spark joy” (why did DT keep the menus from our 1988 going-away party in Taipei?), we have less-and-less items. It’s a good thing.

I recently read about a woman who buys gifts for her friends and family – birthday, wedding, house-warming – has them beautifully wrapped, and then can’t give them to the intended recipient. She has an entire closet filled with wrapped gifts, as she can’t part with them. But she does not use the items. Does not return the items. Apparently she isn’t the only person with this quirk. (I wonder if her friends think she is rude for not giving a gift, yet continually shows her face at the wedding, baby shower, or birthday party?) 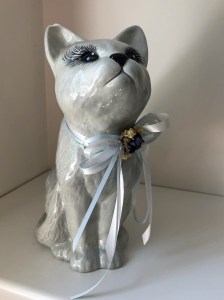 I am finding myself with an opposite problem. I can’t get rid of things others have given me. The ceramic cat Lisa gave me when she was eight. It’s a shiny thing, purchased at a local craft fair, now sporting a chip on one ear. A capiz-shell box January (now deceased) gave to me in 1982 in Manila. A jewelry box my great uncle brought back from his Navy stint in the Pacific. A pink plastic hand mirror, complete with cameo (glued-on askew), another great uncle gave me for my 6th birthday. Sixth! I use it all the time. The mirror originally came packaged with a brush and comb. The accompaniments are long gone, but that hand mirror has seen more countries than some people.

I’m getting over this issue… so if you are one day shopping at a local thrift shop and spot something that you may have gifted to me, please do not feel bad. It was obviously not donated by me. Someone else. For sure. Honestly.

That cat will be the first to go. The hand mirror is staying. 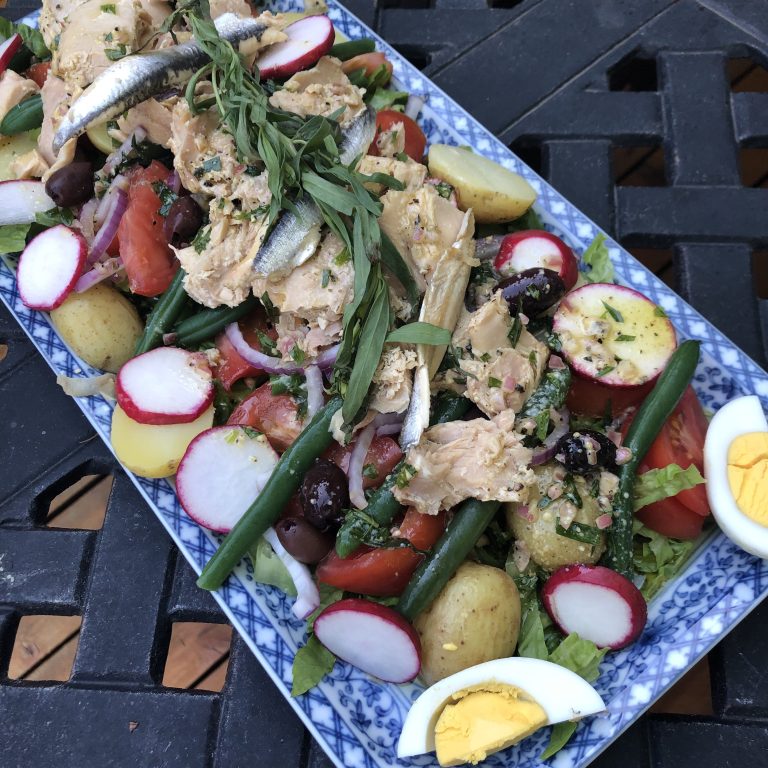 Speaking of cooking… the kitchen cabinets are being installed in Lenny and Lisa’s future home in Los Angeles: 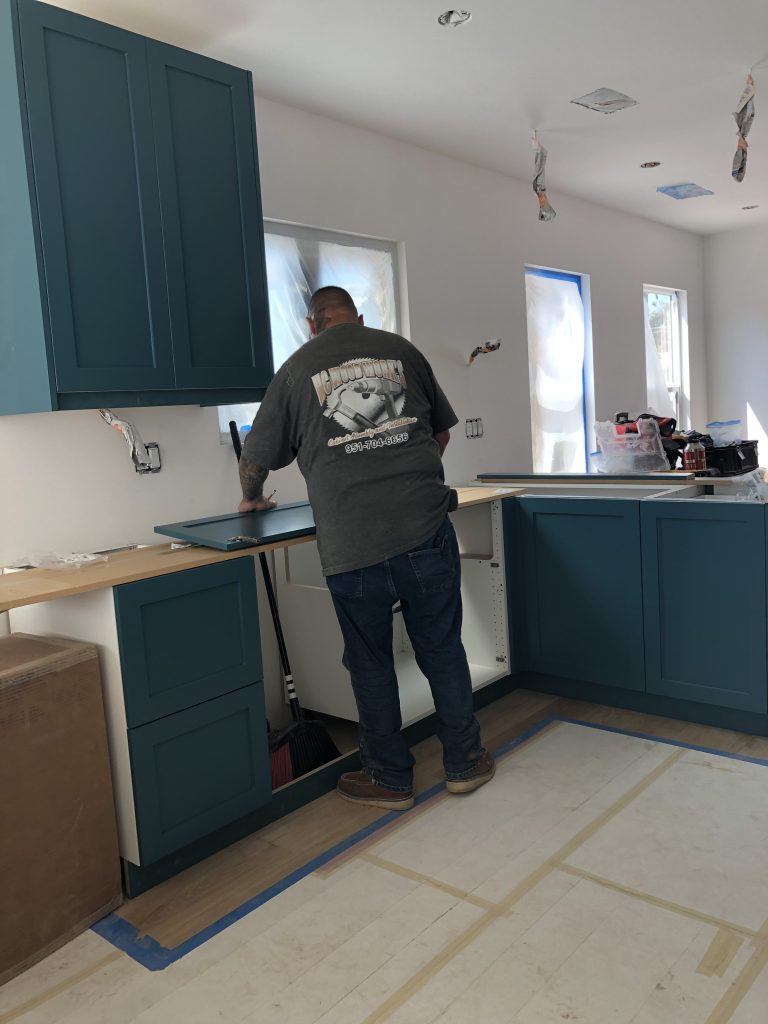 The house is really looking fabulous. Kid’s bathroom tile is finished and the tub has been installed. All closets have been installed. Soon! (PS: the kitchen cabinet color is Walk Me Home by Behr Paint.) 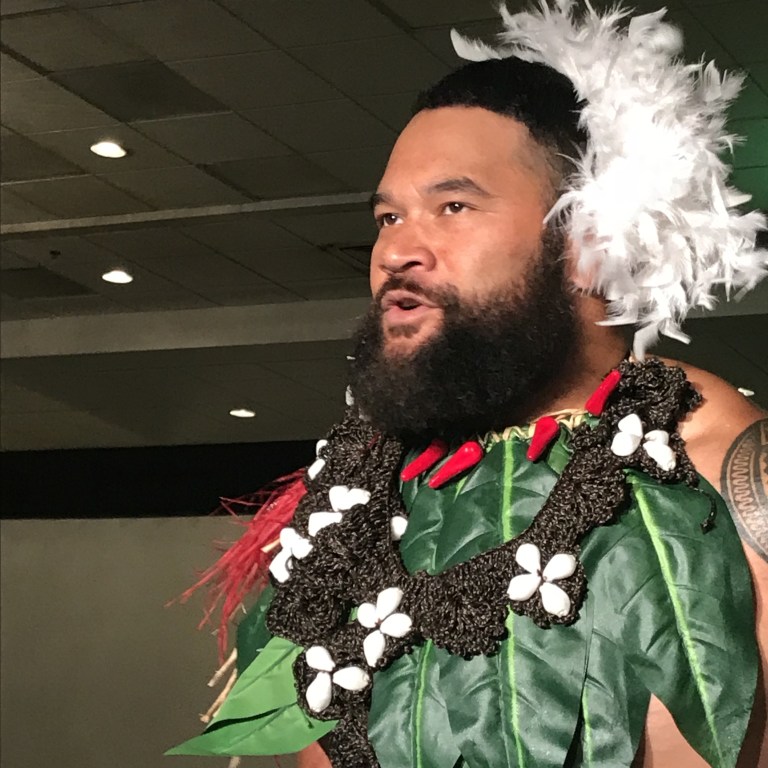 Speaking of fabulous – remember Haloti Ngata? Ngata, a defensive tackle for the Oregon Ducks, went on to have a great career in the NFL. We went to a fundraiser last summer where Haloti, ethnically-Tongan, performed the Haka, and we won/purchased an auction package that gave us access to a live broadcast of ESPN Sports Center and two fancy nights at the Montage in Beverly Hills. Mr. Ngata decided to announce his retirement from 13 years in the NFL by climbing to the top of Kilimanjaro and waving a banner with his announcement. Jeesh, most people are happy with a cake and a watch. Haloti is just amazing. I wish him only the best on his new adventures. 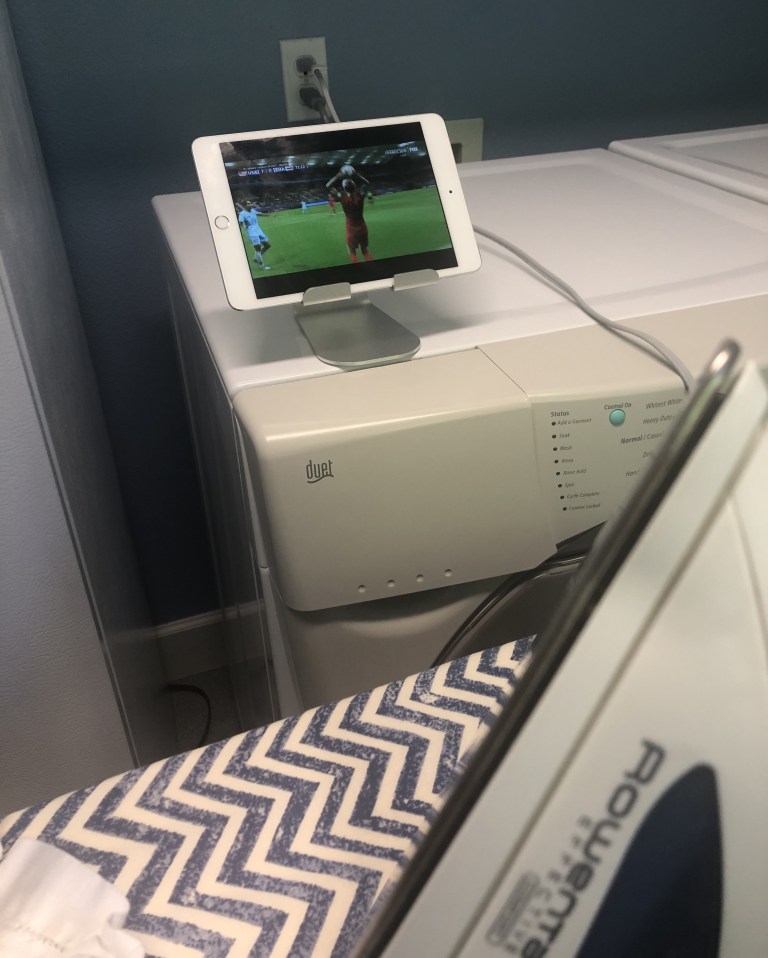 I can iron and watch World Cup at the same time!

I will leave you with a great easy RV-friendly recipe from Jamie Oliver’s Jamie Cooks Italy, where Jamie travels throughout Italy and learns family recipes from elderly Italian women. (Watch the TV series based on this cookbook on YouTube.) A great concept and a great cookbook. I bet I make his Pasta with a Creamy Smoked Bacon & Peas once a month (with turkey bacon, natch), and this recipe is even faster. 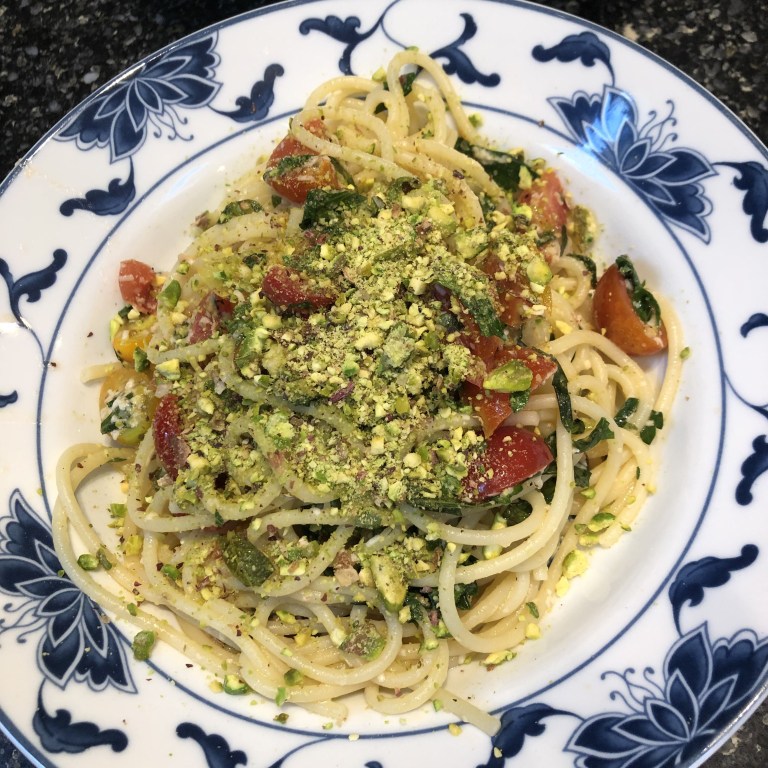 The gist: grind some pistachios for garnish. Then place minced garlic, lemon zest, lemon juice, oregano, parsley, cherry/grape tomatoes, pecorino or Parmesan cheese, olive oil, salt and pepper in a large bowl. Mix together. Boil spaghetti. Use tongs to transfer cooked pasta to bowl filled with the tomato mixture. Toss, serve, sprinkling pistachios over top. Leave out the cheese and it is vegan. We both just loved this dish and the veggies/herbs can be chopped in the time it takes the pasta water to boil/cook.

Approximating grams-to-ounces:
Garnish: 1/4 cup whole pistachios,
ground to a powder in a mortar+pestle or food processor

Mix these ingredients together in a bowl large to enough to toss with 3/4-to-one-pound of cooked spaghetti. Sprinkle ground pistachios on top. Serve.

MY NOTES: The recipe, serving 4, calls for 300 grams of dried spaghetti. One pound of dried spaghetti is 454 ounces. You do the math. I think one pound of pasta – with all the herbs and tomato mixture would feed six. I had fresh basil and fresh mint, so added a bit of these herbs as well. I used pecorino, so watched the salt. I definitely used more than one clove of garlic! 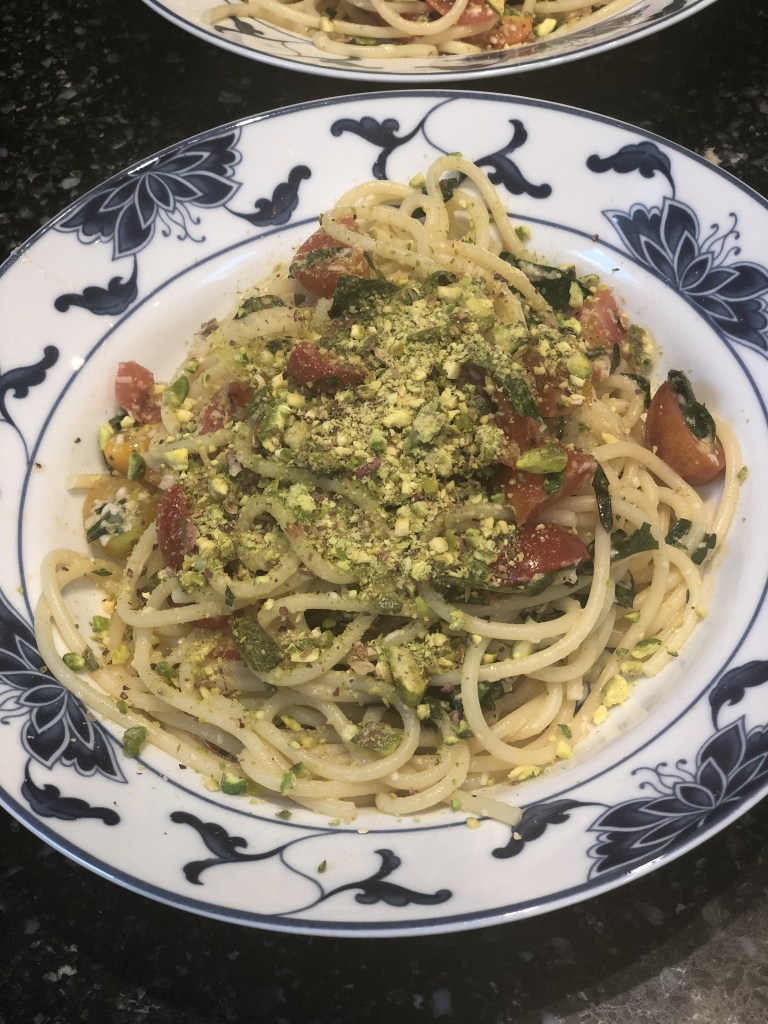 I think this recipe is going into the regular rotation. Too delicious and too easy, inexpensive – and I usually have all items in the house. DT tasted the lemon first; I first tasted the pistachios. Either way – a winner!