I have been doing research on is how to make crackers. I've never really had much success, but have been working on a few ideas, so started baking early this morning. The technique for making cracker dough is basically identical to making pie or pastry dough. You need flour, salt, some sort of fat and some sort of liquid - crackers also usually include some sort of flavoring. 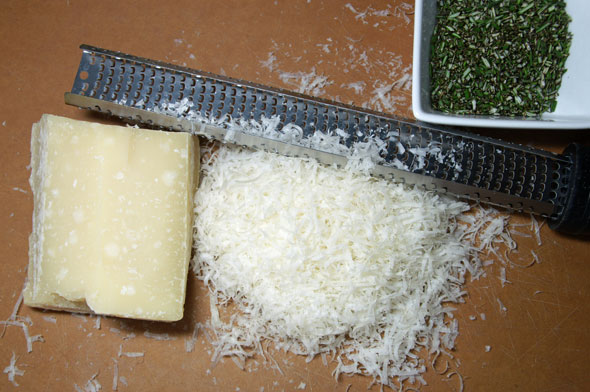 The first batch of crackers were "Rosemary-Parmesan-Olive Oil". I grated Parmesan and minced fresh rosemary. It takes a wholelotta fresh leaves to get one lousy tablespoon of minced rosemary. After rolling out the dough, I used a little Star of David cookie cutter to shape about 125 bite-sized crackers and baked them to a golden brown. 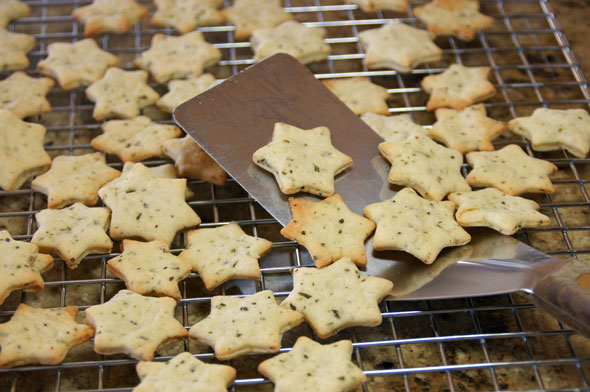 The second batch of crackers was prepared with sharp cheddar cheese. I cut these babies into bite-sized squares. They were jazzed-up with a little cayenne pepper. 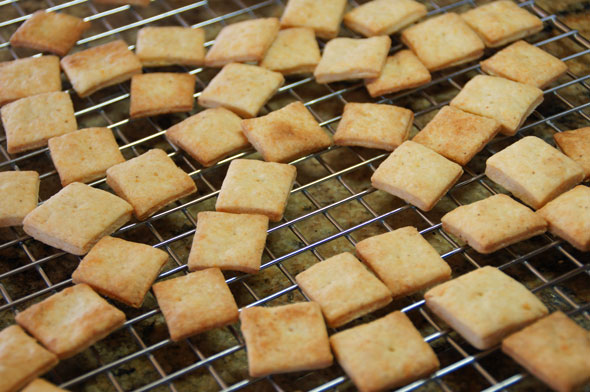 End result: Two bowls of what my English girlfriend, Shirley, would call nibbles. Recipes will be posted after I make crackers 20 more times. Or so. 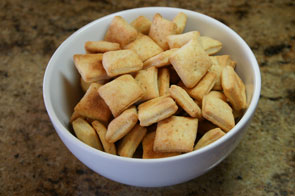 Tonight begins the eight day Hanukkah celebration. The "Festival of Lights" isn't a true Jewish "religious" holiday, but more of a home holiday (one of girlfriends calls it a "there was a war, we won, let's eat" holiday), commemorating the retaking of the desecrated Holy Temple in Jerusalem 2177 years ago, and the oil in the temple lamp lasting for eight days, when it should have lasted only one. Somehow this miraculous event is now remembered by eating foods fried in oil, lighting a menorah and playing with a dreidel (spinning top)... which is a lot more fun than the gruesome little side story to this holiday... 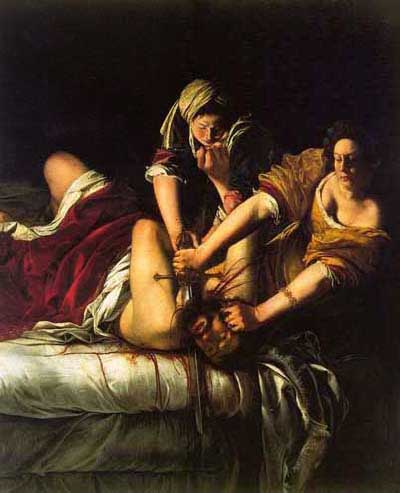 The macabre tale goes something like this: Antiochus IV was responsible for this whole mess. He threw the Jews out of their temple, had pigs slaughtered on the altar, outlawed circumcision and was probably the cruelest, nastiest, bad-assiest anti-Semite in Jerusalem. This went on for two and a half years, then Holofernes, an Assyrian general surrounded the Jews and cut off their water supply. A beautiful Jewish widow, Judith, had taken about all she could from Holofernes. One night she slithered into his compound. Holofernes was captivated by her beauty. The clever Judith prepared salty fried cheese for Holofernes. He became thirsty and drank a lot of wine and passed outfell asleep. So... lovely Judith cut off his head - escaping the encampment with his head under her arm - and the Jews recaptured the Holy Temple. 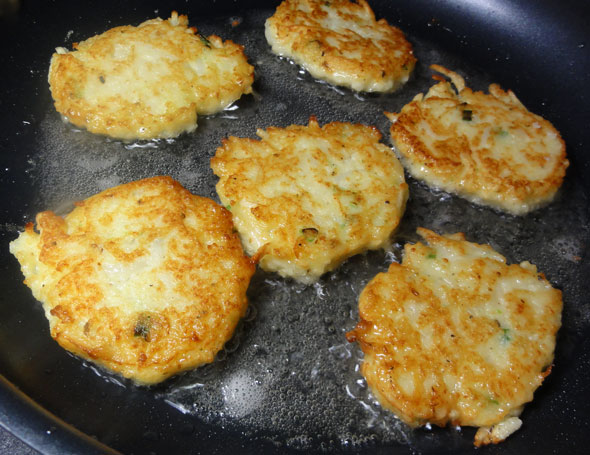 We had a fun night with our friends. DT and I served latkes with two toppings: creme fraiche and applesauce or creme fraiche with lox. I again prepared little Caprese skewers (cherry tomatoes and small mozzarella balls on bamboo skewers, drizzled with pesto). Champagne was served with the latkes and our menorah-lighting party was fun and RV-elegant. 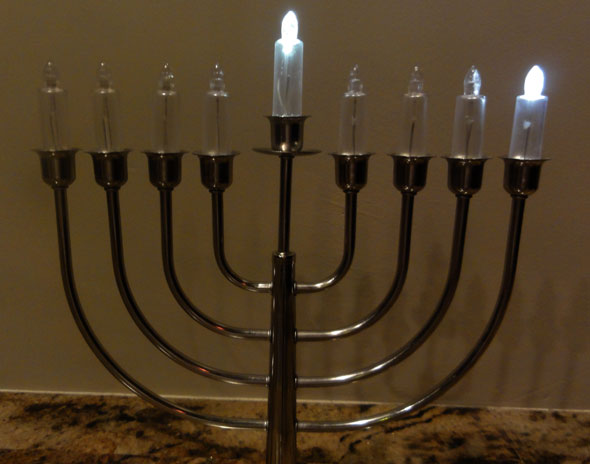 Because nothing says class like a big plastic electric menorah.

Until my next update, I remain, your Hanukkah correspondent.