Indio, California:  Fat Tuesday and the annual MCC Mardi Gras Golf Cart Parade. Any excuse for a party! The decorated carts lined up and I snapped a photo of each cart for your viewing pleasure as they rode off into the sunset. 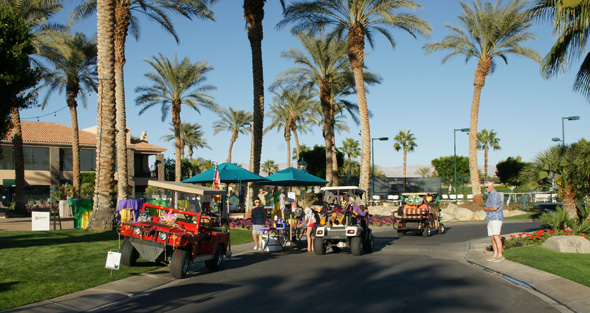 I guess this could be called the "aid station"...
except they were not handing out water... unless you consider vodka "water"... 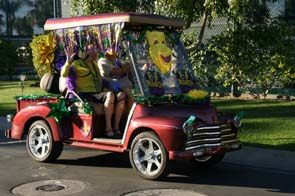 Simple or elaborate, everyone had fun - especially since they were sent off with a Red Rooster (cranberry juice, orange juice and vodka) cocktail. Don't drink and golf, folks!

After the parade, everyone gathered on our new plaza for live music, dancing and a dinner catered by Bristol Farms Grocer: red beans and rice, sausage gumbo, corn and bacon and corn bread muffins. No King Cake spotted, but I went home as the (pork, pork, and pork) dinner was served. Those Red Roosters were delicious though. 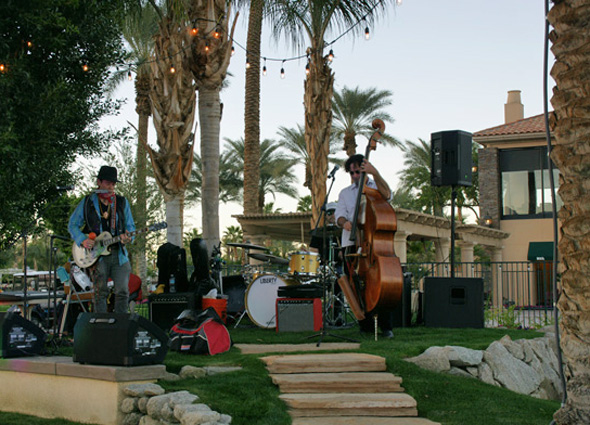 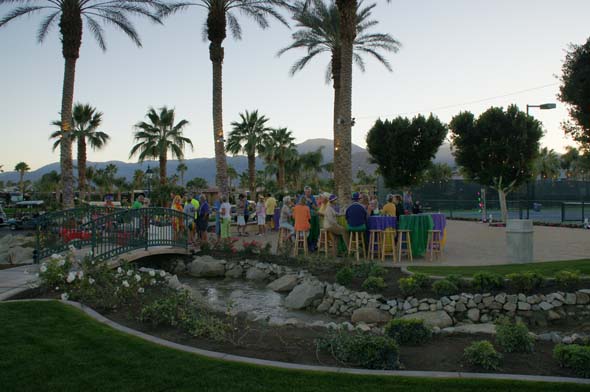 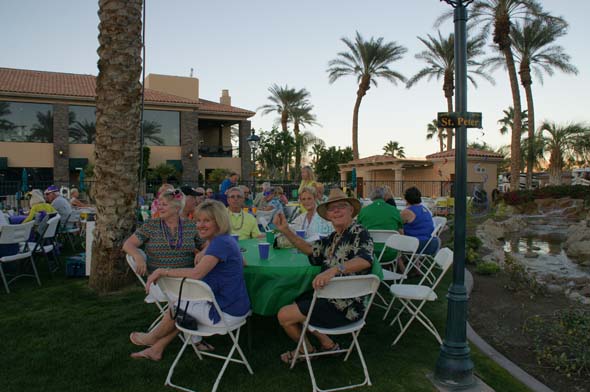 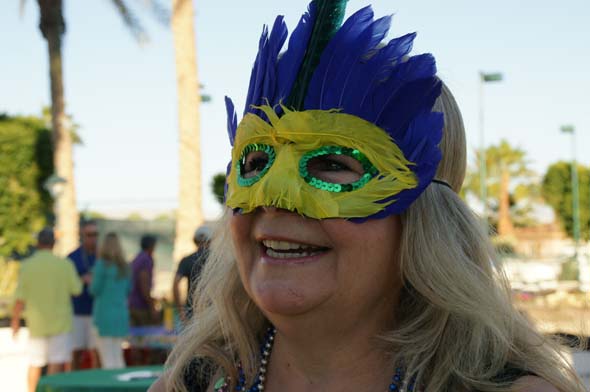 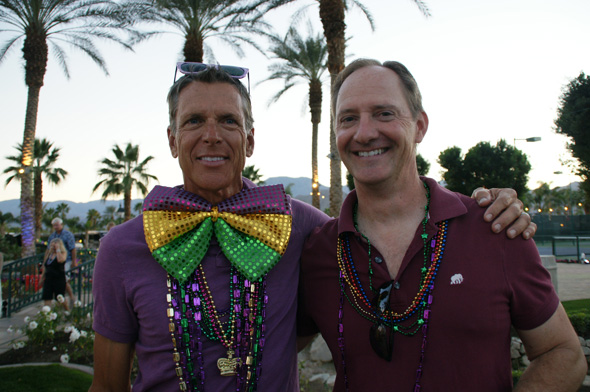 Until my next update, I remain, your laissez le bon temps roule correspondent.