Indio, California: A few hours after Marcia and Red left us, Lenny arrived with Leo and Lucy. They had been kicked-out of their house by Lisa. Banished! Lisa is in charge of a big charity auction next week and needed (uncluttered) space and (child-free) time to get organized - so she sent her family to us for a few days. (Dave and I will drive to Los Angeles to babysit the kids during the auction next weekend.)

After breakfast at the clubhouse, and long bike/scooter rides, we spent Saturday morning in the pool. Both kids are still taking swim lessons, and Leo (6 years old) can swim well now. He can dive to the bottom of a pool to fetch a coin or toy, and... while maybe not exactly doing the Australian Crawl... can get himself across a pool. Though we are constantly vigilant, it is no longer necessary to be in the pool with Leo. Lucy (3 years old) cannot yet be in the pool alone. I "swam" with her while she switched back and forth from her Hello Kitty water wings to her Hello Kitty pool ring... or her Hello Kitty beach ball. With the little blow-up "muscles" on her arms, Lucy and also get across the pool by kicking and paddling her arms. I am pretty-sure her swim teacher is not a fan of these helpers, but Lisa used water wings while learning to swim and she became what her French swim instructor called a leetle feesh. 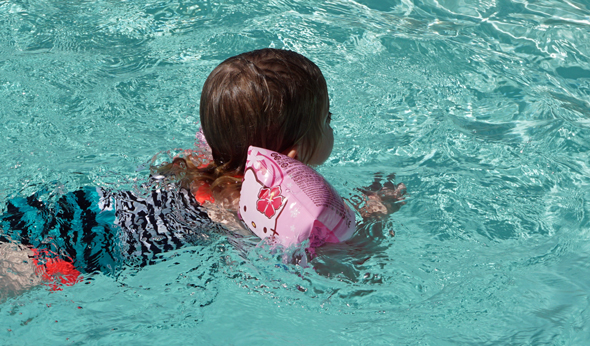 After swimming, Mary and Captain Jim once again gave our guests a boat ride! They are the best friends a Bubbe can have: generous, experienced grandparents themselves - with a boat! 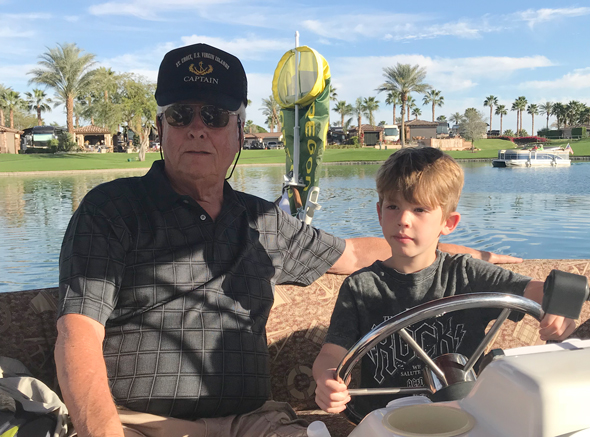 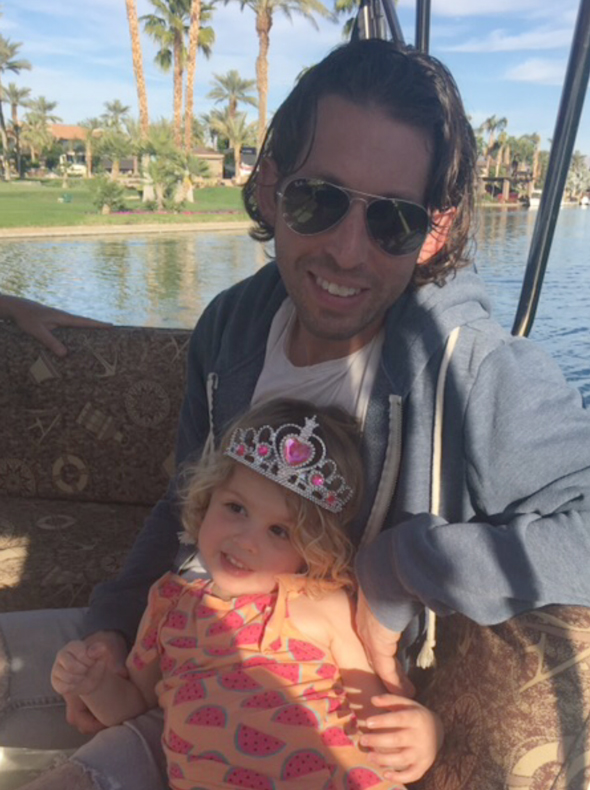 Lenny and Lucy - Photo by Mary

We took the kids out for sashimi. As I have stated previously, these little tykes can take down three or four orders of yellowtail.

On Sunday, we went to the polo fields and tried a new pizza restaurant that had opened adjacent to the Tack Room Tavern, the Polo Pizza Company.

The kids kept posing in front of statues outside the restaurants: 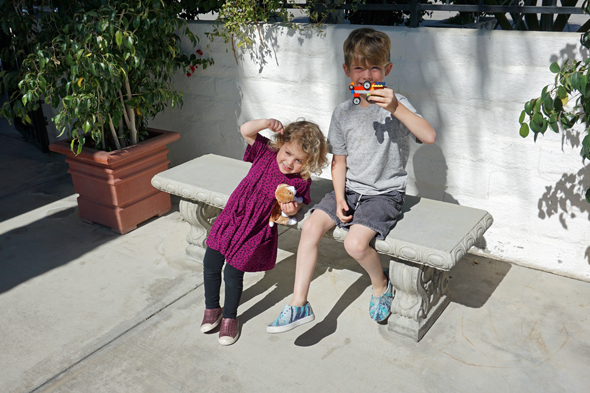 What a bunch of posers!

Polo Pizza was really good, with a crispy-bottomed chewy crust. The only downside is the pizzas only come in one size and it is super-sized! We made the mistake of ordering two pies and couldn't made a dent. 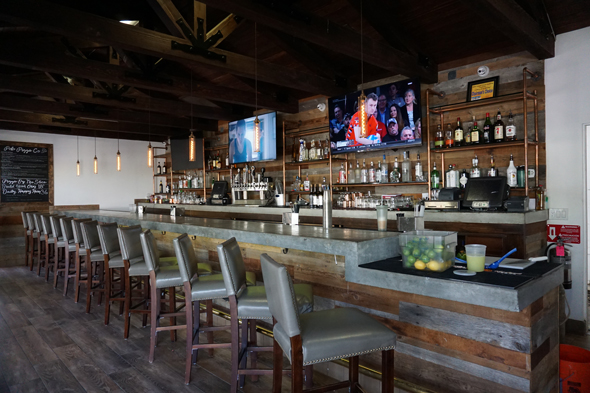 The bar inside the Polo Pizza Company. Most of the seating is outdoors. 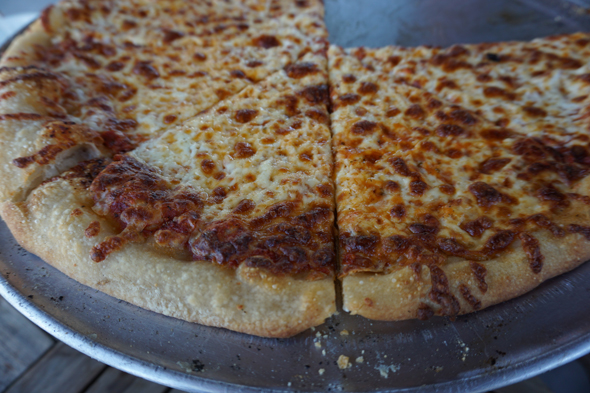 True test of a pizza restaurant: a classic cheese pizza 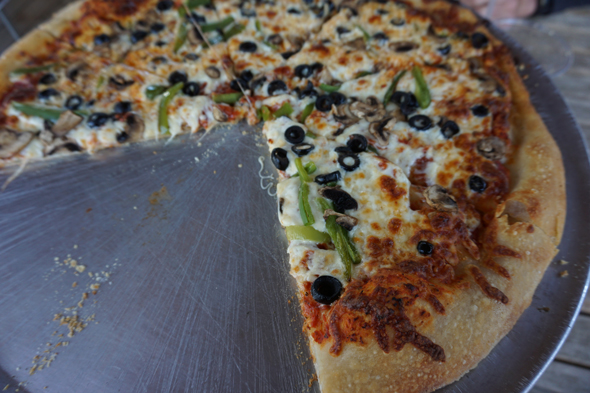 We called this the "Leo" pizza because he chose the toppings:
black olives, green pepper and mushroom. 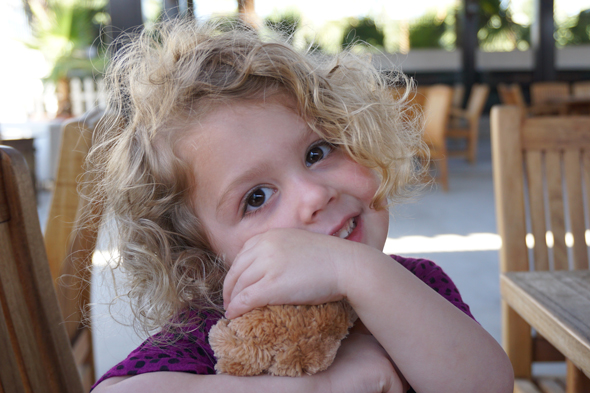 Lucy, before eating pizza (with my little stuffed beagle) 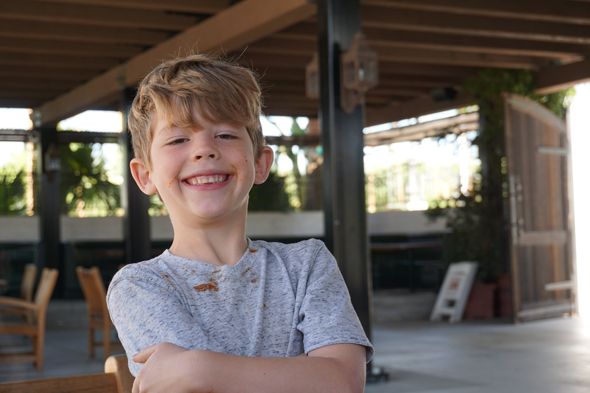 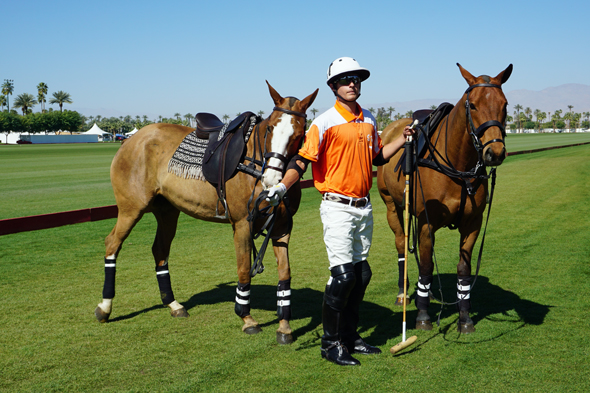 After lunch, we walked over to the polo fields to see the ponies and watched a team from Argentina prepare for their match. We watched the game for a while, but the kids wanted to get back to the pool... which seemed kinda appropriate after the photo we received from our house sitter this morning: 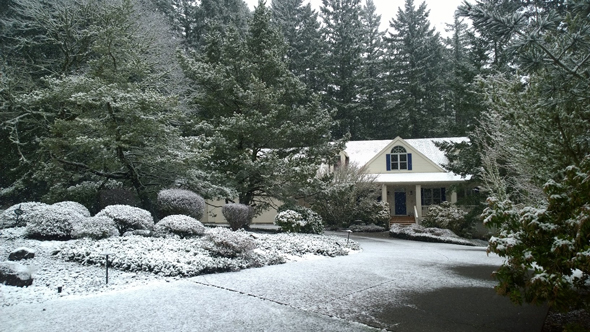 Snowing in Portland! Snowing so hard at the ski resorts east of town, the slopes had to be closed. 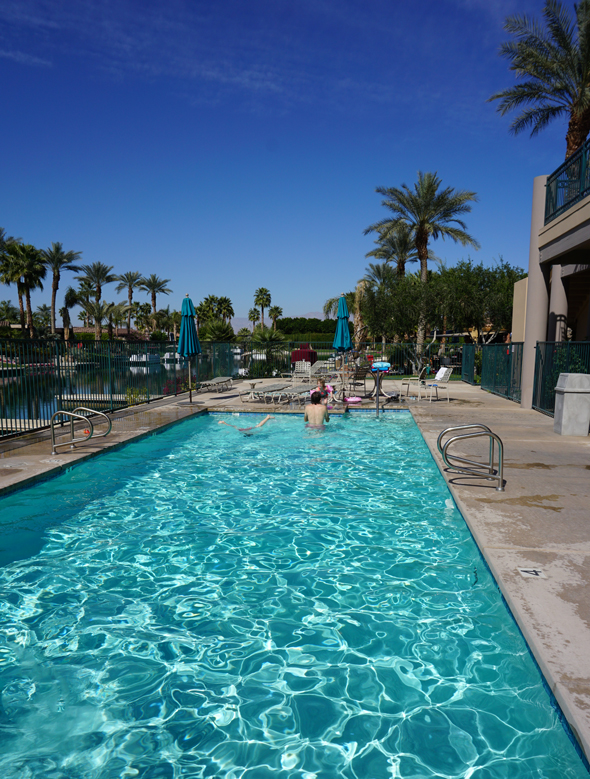 We went to the satellite pool at the Yacht Club this afternoon. Dave and Leo dove for toys at the bottom of the pool. Lucy jumped into Lenny's arms five million times, screaming CANNONBALL every time. 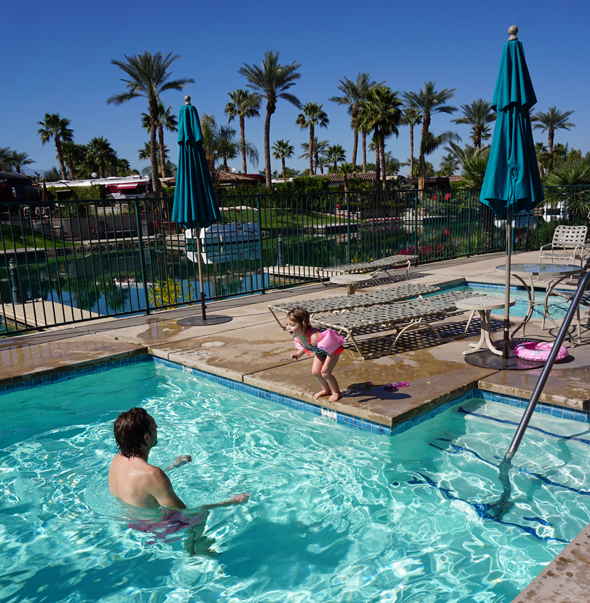 Then Lenny took the kids back to Los Angeles and Dave and I started washing linens again.

Until my next update, I remain, your lonely correspondent.