Indio, California: I hope you are not tired of this view: 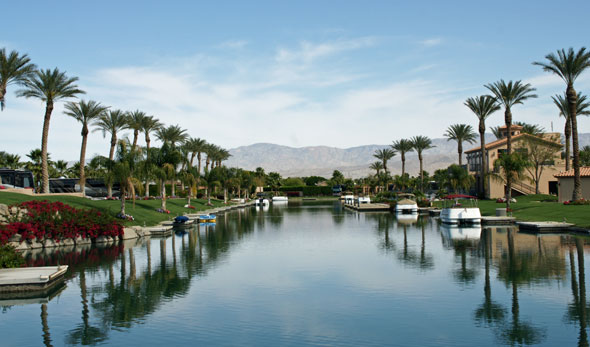 We woke to another pretty sunny day. The temperatures would climb into the low 90s this afternoon, so we were up and exercising early. DT loves running in the heat, but at my age, I have my own powerful internal furnace and try to exercise early! Failing an early-enough run, there is always the back-up option of the air conditioned fitness center.

We watched an Osprey (?) circle over the canal - looking for breakfast. 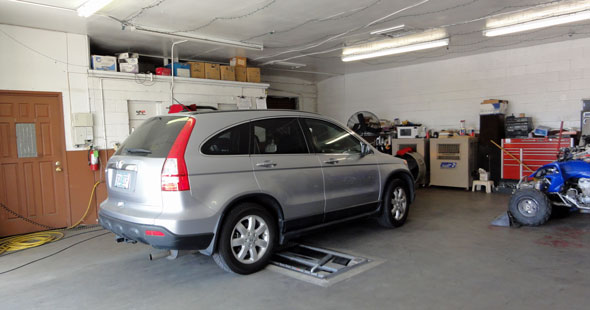 I had the fun chore of driving out to the bowels of Indio to have an emission test on my Honda. It passed. $50. Now I have to get the certificate up to the Oregon DMV before I am thrown into the hoosegow for expired plates.

As long as I was in the neighborhood, I stopped into the Indio branch of the wondrous Mexican grocer, Cardenas. The vegetables and fruit are of remarkable quality and ridiculously inexpensive. I stopped for a pollo asada (grilled chicken), a dozen just-made still-hot tortillas and a tub of their fabulous salsa fresca. 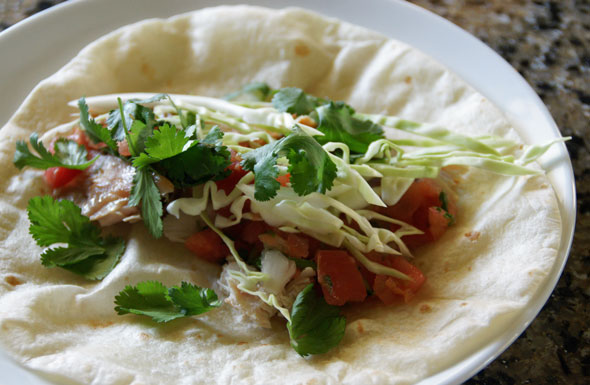 The rest of the day was spent working (a bit) and when it cooled down to only 85°, we took a long walk around the resort and I snapped a few photos for your enjoyment. 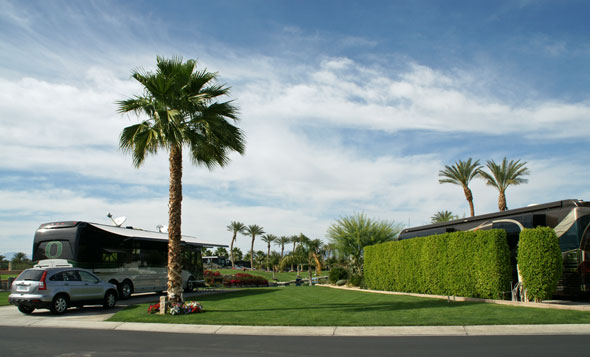 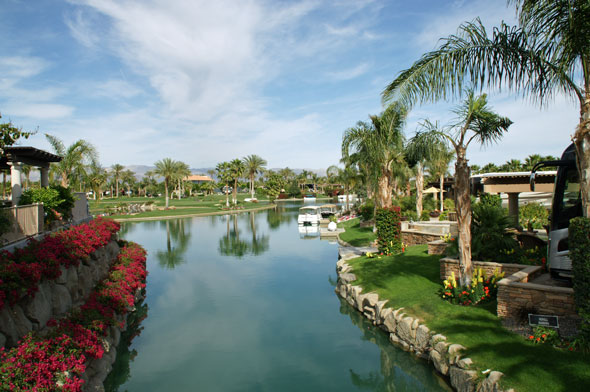 This is a view of the canal on the west side of the resort. So pretty. 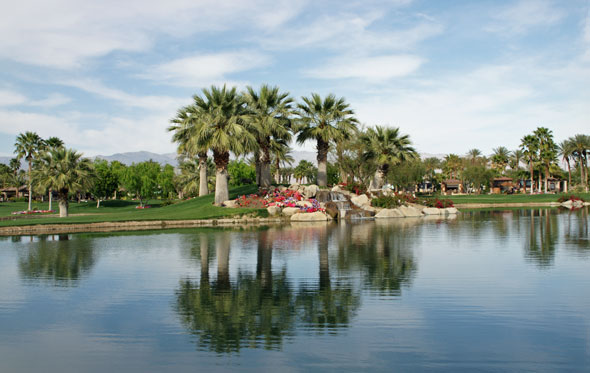 This "water feature" is on the front nine of the golf course, also on the west end of the RV resort. 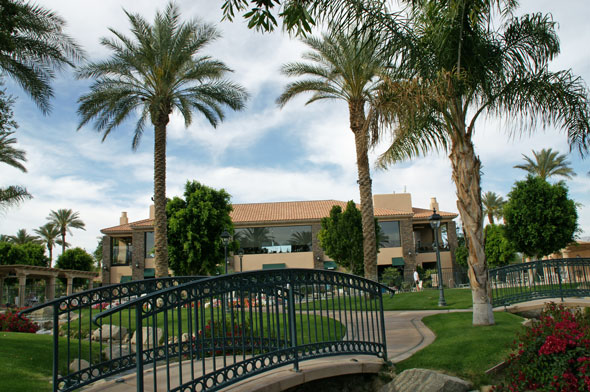 Behind the Club House - pretty gardens, walk-ways, fountains, and a creek. The landscaping and flowers in the Motorcoach Country Club are simply outstanding.

Captain Jim and Mary stopped by tonight in their (Rolls Royce) golf cart. They had an adventure today by purchasing an iPad2 at The Wal-Mart. Apparently this iPad was the last remaining iPad in the Great State of California and it was foundering, unknown and unrecognized, at the Indio The Wal-Mart. Probably the most expensive item ever purchased at a The Wal-Mart, it now belongs to Captain Jim! 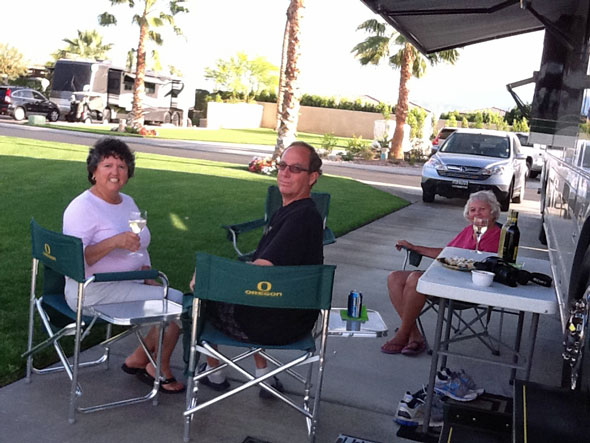 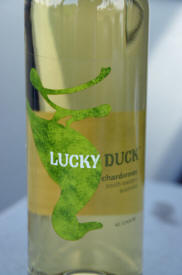 This photo of the Happy Tailgaters was snapped by Captain Jim's new iPad! (I am so jealous - my old out of dateantique 6-month-old iPad does not have a camera!!!) While at The Wal-Mart, Mary & Jim discovered Lucky Duck wine - and they purchased a few bottles for us as a "campsite-warming" gift. Let's hope the "luck" part of the label holds out when the Ducks face Creighton again tomorrow night.

Later we met Debbie & Mark at Don Diego's for a wonderful Mexican meal. We had not seen Debbie & Mark since the tennis tournament, so we had much to discuss. Don Diego's is a great Mexican restaurant - and very popular - on the corner of Hwy 111 & Cook.

Until my next update, I remain, your Lucky Duck correspondent.