Rome, Italy: Our day started so well. I actually slept all night and can finally say (after 4 nights) I am basically over jet lag. (DT was fine after three nights.) Shirley prepared another fabulous breakfast spread - fruit, muesli, yoghurt, toast, coffee, tropical fruit juices - and we dined on their terrace for the fourth morning in a row.

Shirley and Martin drove us to Heathrow and we arrived in plenty of time for our flight to Rome... so we had time to sit down and relax for a bit before our flight... until we learned our flight was delayed over two hours!

Oh no! We were going to miss Galen Rupp running in the 10000m final in Moscow! We found ourselves a seat in a bar in Terminal Five and watched the entire Women's Marathon on television. Finally, we just ordered lunch as our flight was so delayed. 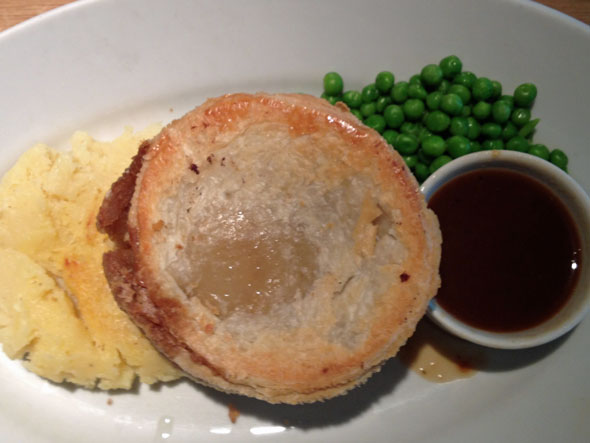 We arrived in Rome, hours late, and there was only one passenger train to the main terminal (to fetch our luggage) because most of the usual trains were out of service. It took ages for our luggage to arrive on the carousel.

We decided to take the train (instead of a bus or a taxi) from the airport to the main Rome train station (Termini) as our hotel was just a few short blocks away from Termini. The train was delayed twenty minutes. Perfect. Our travel day just couldn't get any better!

After the train finally arrived at the airport, we were in Rome only 30 minutes later and found our hotel... even though one wheel on my drag-along suitcase decided to delaminate after a dozen years of good service.

Our reservation was waiting at the hotel and we checked-into our Rome abode. 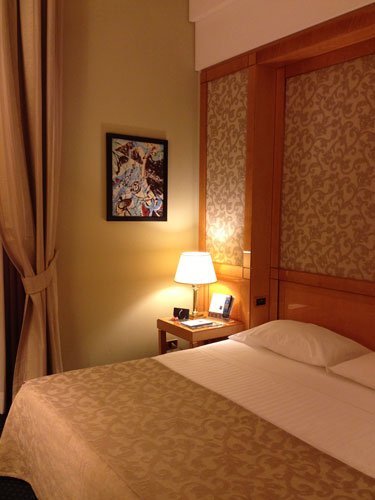 Too tired to brave the streets of Rome, we decided to dine at the restaurant in our hotel. The bartender actually could shake a decent martini, but the waiter forgot our appetizers completely and delivered our entrees instead. He apologized profusely over and over... and honestly, we were too tired to care.

You may remember that we had originally decided to travel to Moscow to watch theWorld Track & Field Championships, which started today. At the last minute (and I mean, the last minute) we decided we really did not want to spend 12 days in Moscow. Track & Field is huge in Europe and the meet will be shown live throughout Europe... so we decided to watch the meet on television in Italy! I can happily report, the WGA (Ashton Eaton) is leading after the first day of the decathlon and Nick Symmonds has advanced in the 800m.

Until my next update, I remain, your "things should certainly improve by tomorrow - and we are watching a German replay of the meet on our hotel TV" correspondent.

« A Day in London Tourists in Rome »