May The Force Be With You

Los Angeles, California: A very busy day preparing for Leo's 5th Birthday Party. I made fruit "sabers" and a massive bowl of Dandan noodles. Lisa picked up three big trays of sushi. Lenny picked up balloons, cupcakes and a smash cake for Leo. Dave and Lenny decorated the back yard. Somehow, between the four adults, Leo and Lucy were also entertained and cared for all day. Guests began to arrive at 5p. 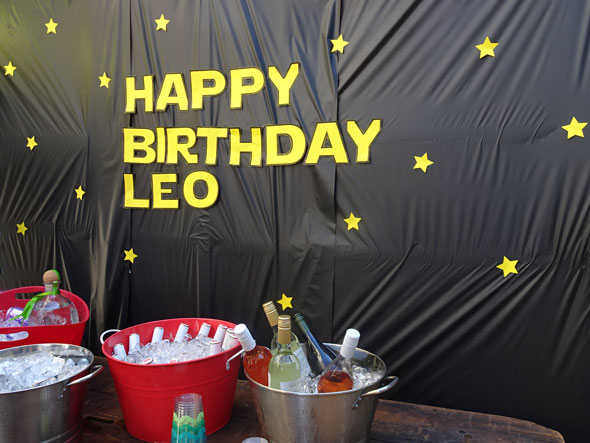 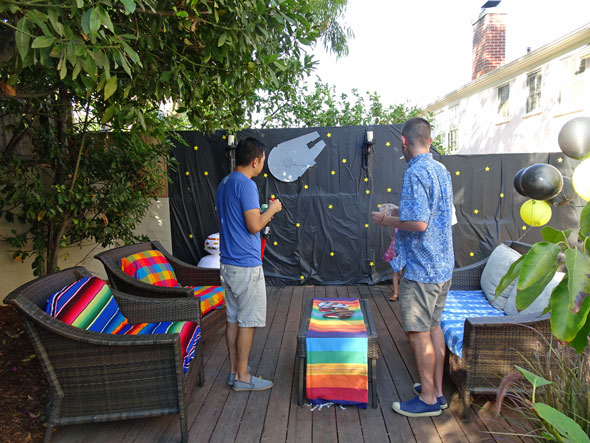 Guests were mingling, kids were playing and then - out of nowhere - this guy showed up: 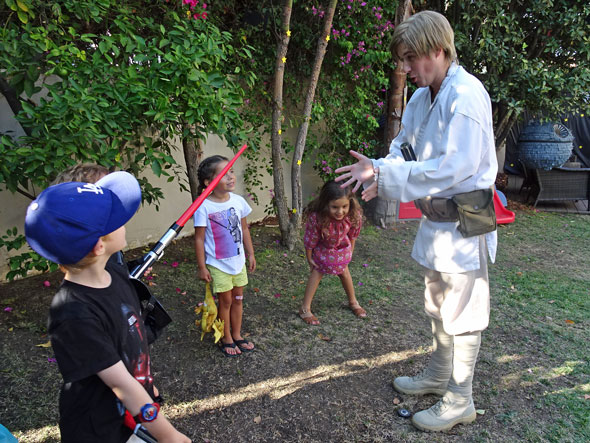 Luke Skywalker! He said he felt pulled into Leo's garden by a "special force". 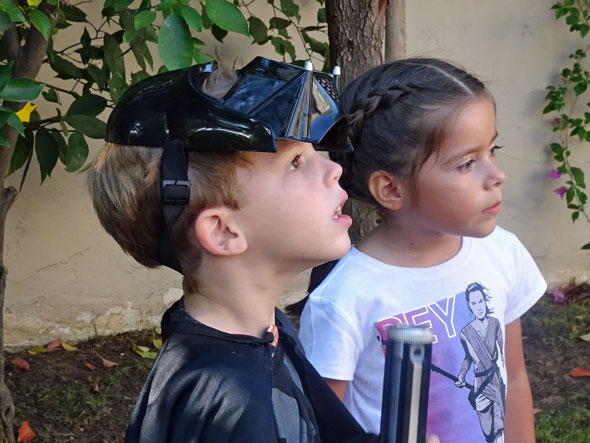 Leo, dressed as Darth Vader, was in awe. Luke offered a "training session" to the five five-year-olds at the party. He prepared them for an epic battle that was about to occur... because after about 30 minutes, another person felt compelled to find himself at Leo's party. 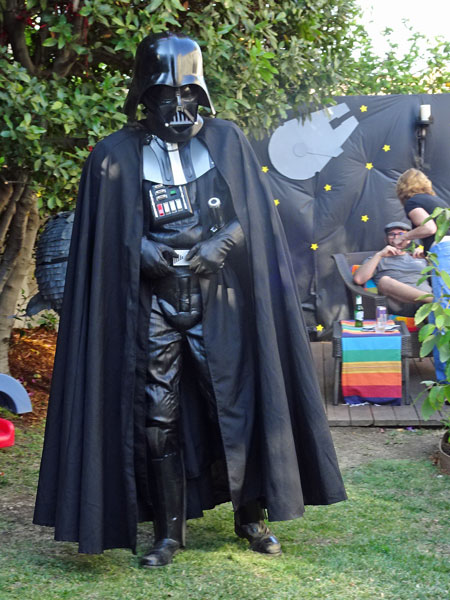 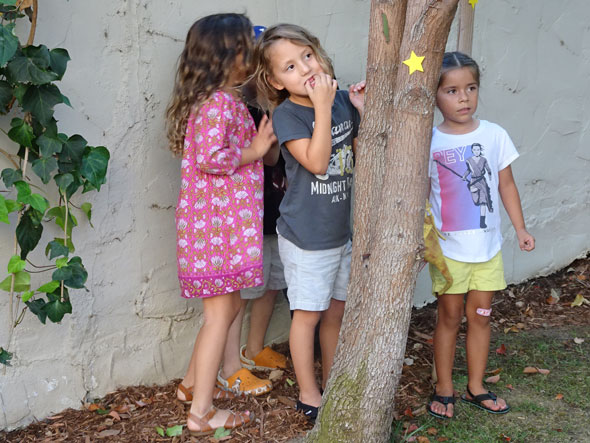 With his helmet, Lord Vader was about seven feet tall. He rarely spoke, but when he did, the kids were at full attention and soon gathered around Luke Skywalker and Lord Vader.

Like I said, I have yet to catch a Star Wars film, but I know the two men are father and son. They had a light saber fight! (I know, big surprise, right?) 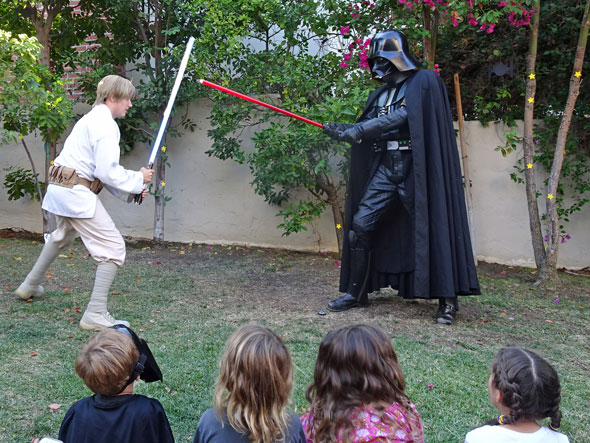 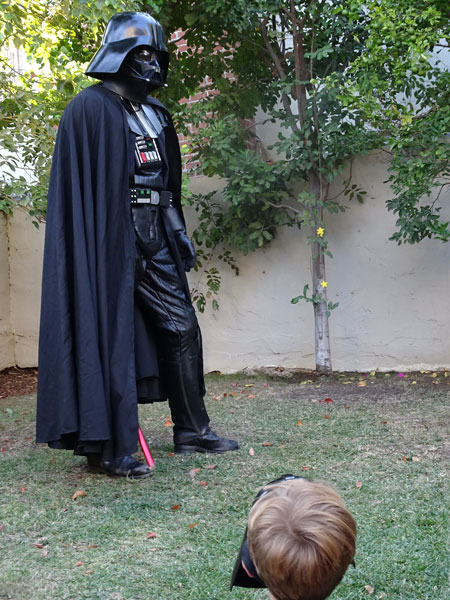 Darth Vader in the house! 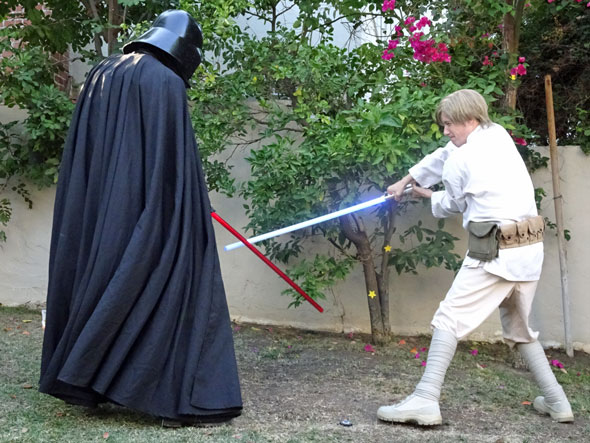 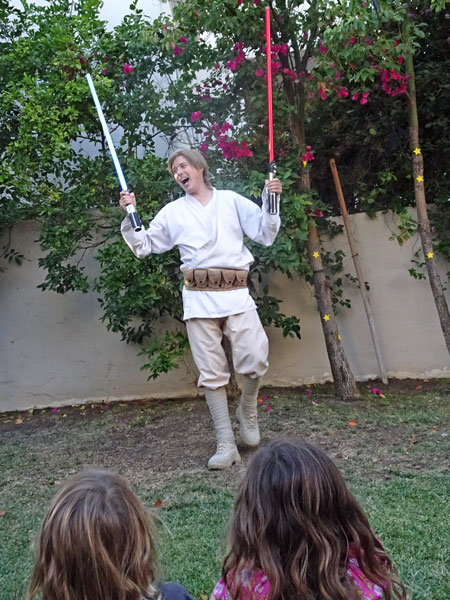 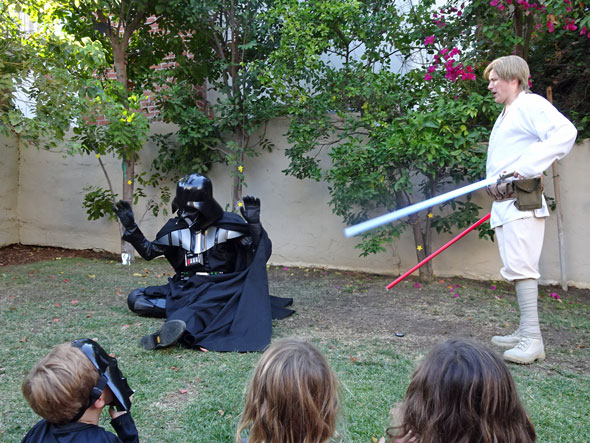 Darth Vader surrendered, with the aid of the children (somehow employing their secret "tickle force"... in case you did not know, Lord Vader is extremely ticklish?).

Lord Vader and his boy hit the road, most likely to their next epic battle at another kid's birthday party... and it was time for dinner. 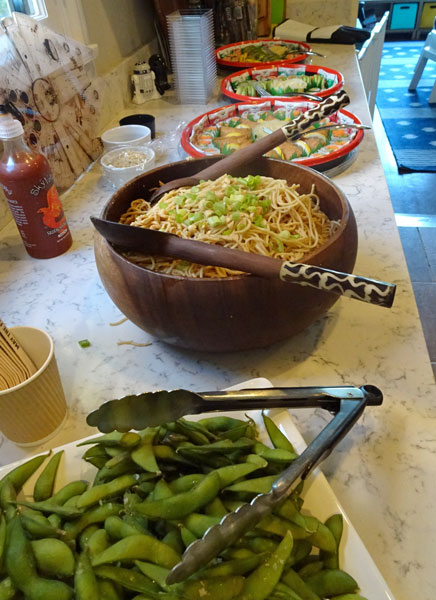 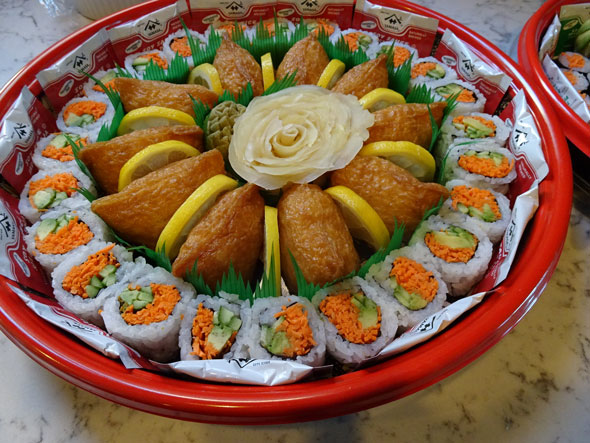 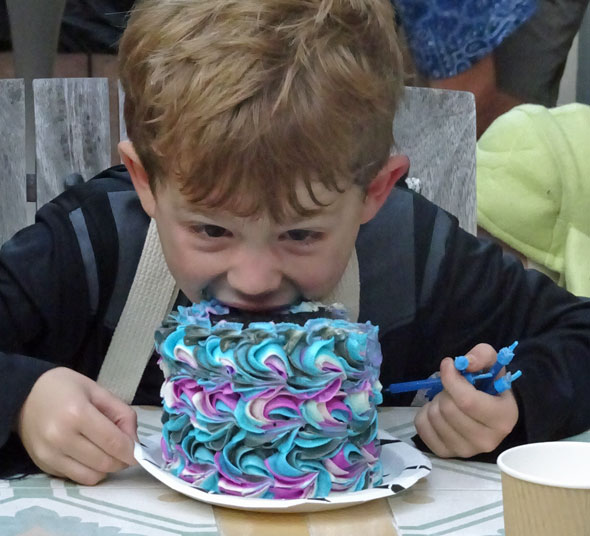 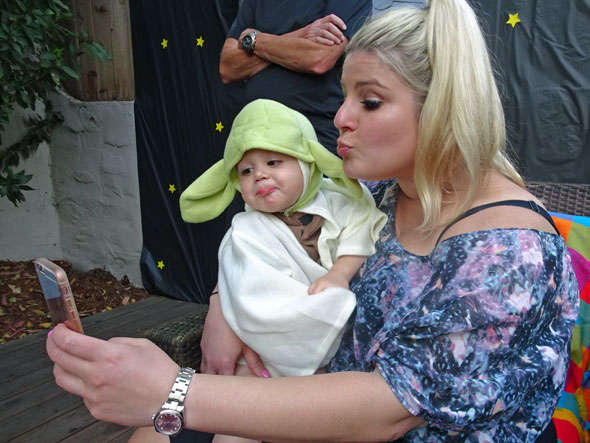 All-in-all, just a great party. The kids were entertained by a light saber fight, the food was delicious, everyone at the party loves the Birthday Boy and Leo had a wonderful time at his birthday celebration.

There is nothing else to report. We are off on another adventurous day with the kids Monday morning. So, until my next post:

Until my next update, I remain, your happy correspondent.
« Party Prep Summer in The City »