Growing Older, But Not Up

I'm growing older, but not up.
My metabolic rate is pleasantly stuck.
Let the winds of change blow over my head.
I'd rather die while I'm living than live while I'm dead.
- Jimmy Buffett

Los Angeles, California: Dear Reader, though our 60th Birthday Surprise Party was several weeks ago and My Birthday was last week, there is no reason to stop this High-Speed Bullet Train of Celebration. No way. Lisa and Lenny planned yet another little event. The icing on the cake, so to speak?

Jimmy Buffett at the Hollywood Bowl in Los Angeles.

Shirley and Martin flew back to London this morning and DT and caught our usual shuttle plane down to Los Angeles, donned our Parrothead paraphernalia and found ourselves at The Hollywood Bowl in time for a pre-arranged picnic dinner before the show. Lenny, Lisa, Dave and I were joined by friends Joe and Hillary tonight. 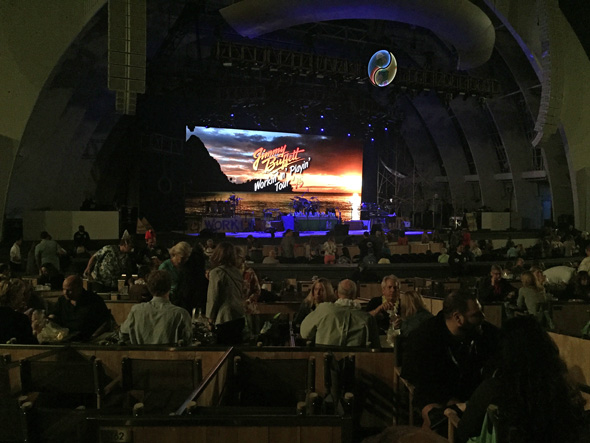 The historic Hollywood Bowl has small box seats that include pop-up tables. After we enjoyed our picnics, the tables stow away - very clever. Picnics are ordered in advance through Hollywood Bowl catering, or via several local restaurants also serving the venue. 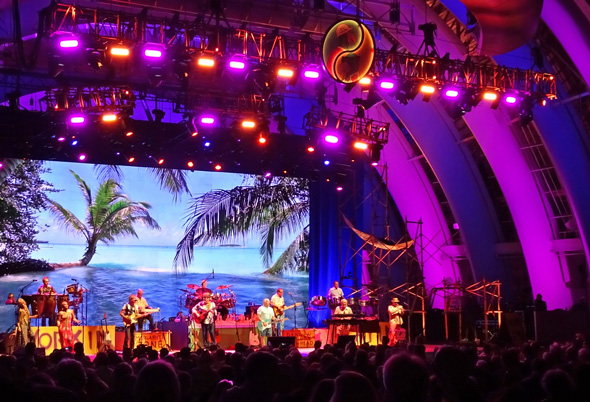 Jimmy Buffett and the Coral Reefer Band took the stage at 8:00 and played for several hours with no intermission.

Here is a partial set list (there are a few missing tunes): 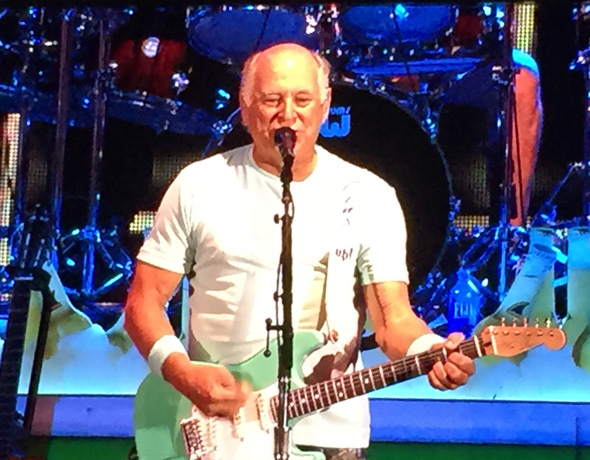 Jimmy Buffett singing, a flower lei in my hair, a margarita (plastic) glass of champagne, and with my family... I was a pretty happy birthday girl (again) tonight. 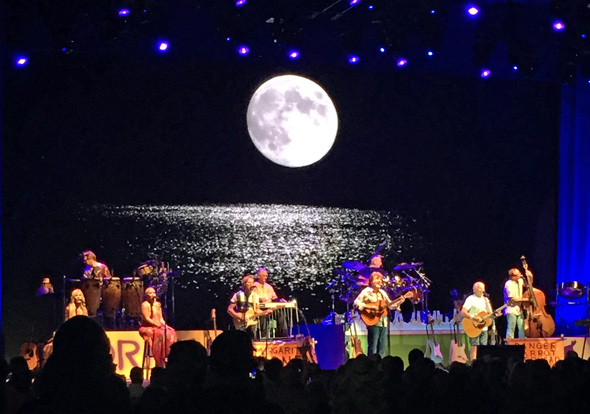 The sun set behind the stage and a full moon rose (Jimmy doesn't waste money on fancy sets) behind the 12-member band. By 10:30p the show was over. 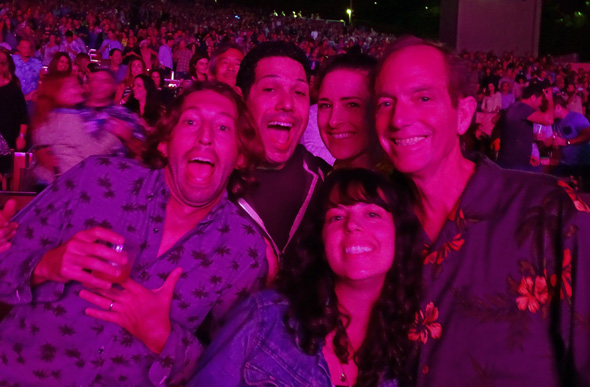 Maybe we have turned Joe and Hillary into Parrotheads?

Joe: I get it... this is just for fun and relaxing!

I can't thank the kids for another fun evening and Angela for arranging the box seats - being so close to the stage really made the evening so special.

Until my next update, I remain, your Wasted-Away-Again correspondent.