Los Angeles, California: Time seems to fly by as I watch our grandchildren grow and change. 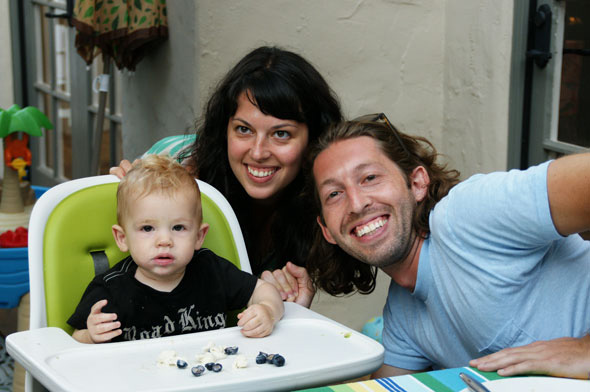 On his first birthday, the kids had a small party in their garden. After, both sides of the family gathered for a dinner of Leo's favorite foods - salmon and green beans. 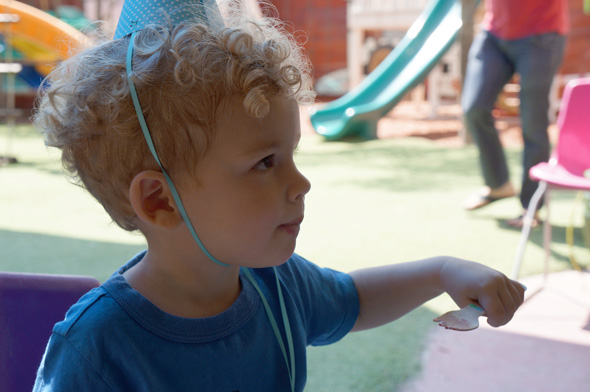 By age 2, Leo was at preschool two mornings a week, so his birthday was celebrated with his classmates at his school. Lenny's mom, Lisa and I prepared simple salads for the party. 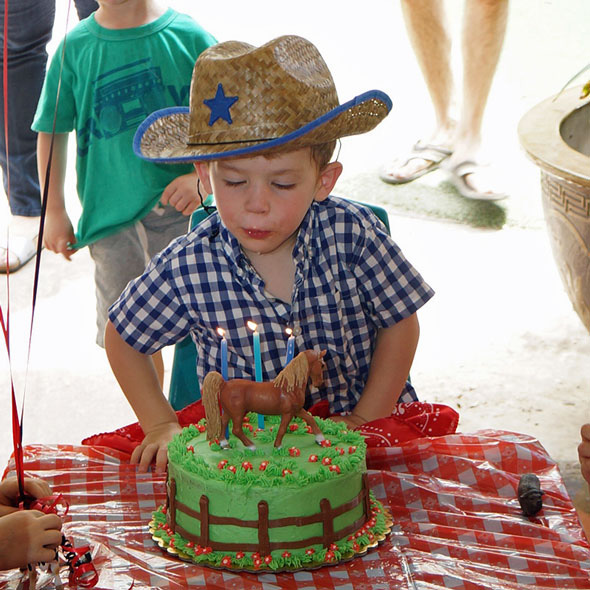 His party last year was a huge blow-out with a farm theme. Lisa was just two weeks away from having Lucy, so was not too excited about preparing food for 50 - Lisa ordered fried chicken and potato salad from a local restaurant. 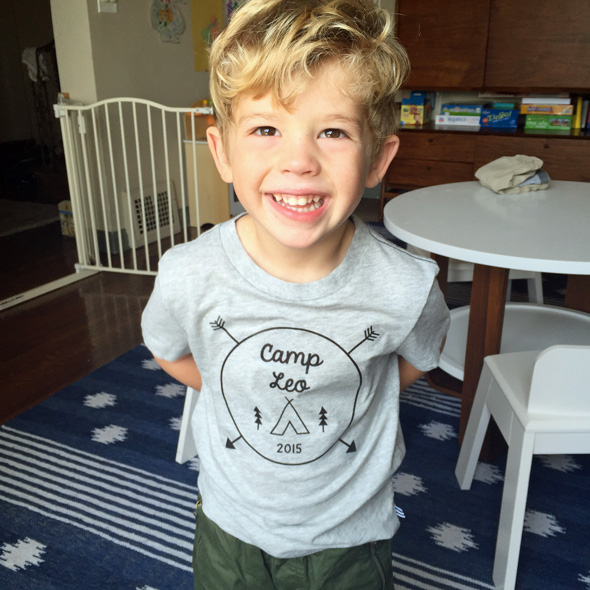 This year the theme was "Camp Leo". When I arrived in Los Angeles Friday afternoon, Leo asked if I had seen his "logo". Pretty sure I did not know that word when I was four. 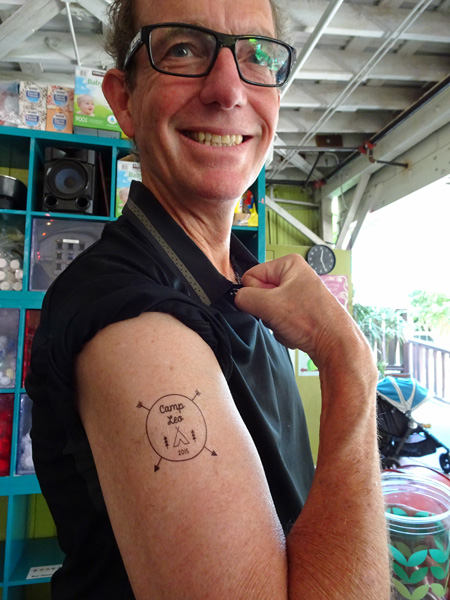 Look at those guns!

I will be posting more photos of Leo's party later this week (I have over 100 photos to edit), but I assure you it was a total success. 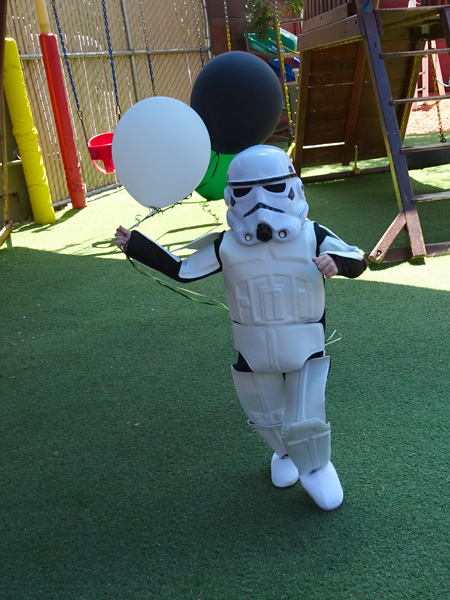 After the guests had left the party, Leo donned his new Star Wars costume - from his godmother, Angela - and paraded around the school playground while the adults cleaned-up. A very happy boy.

Until my next update, I remain, your grandmotherly correspondent.
« Leo’s Birthday Weekend Begins That Time I Met Jackson Browne »