Indio, California: Guess who flew in from Denver yesterday? My Baby Brother and Kris! They love escaping the snow and ice of Colorado for a week in "the bubble" of the Motorcoach Country Club. Who wouldn't?

After a quiet (oh, yeah... with our family... NOT) evening relaxing Friday, we hit the ground running (after exercising) this morning for lunch at the Tack Room Tavern at the Empire Polo Club. 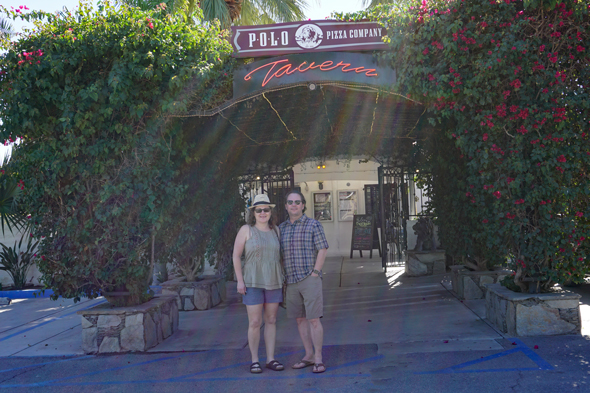 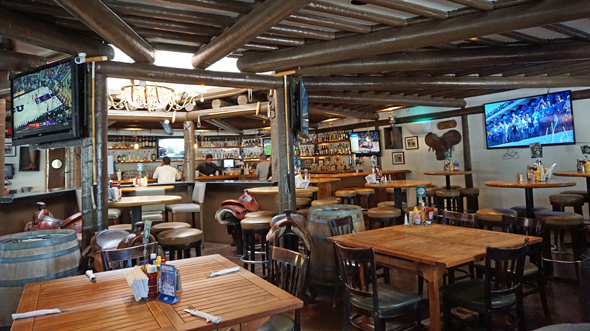 Indoor seating at the Tack Room 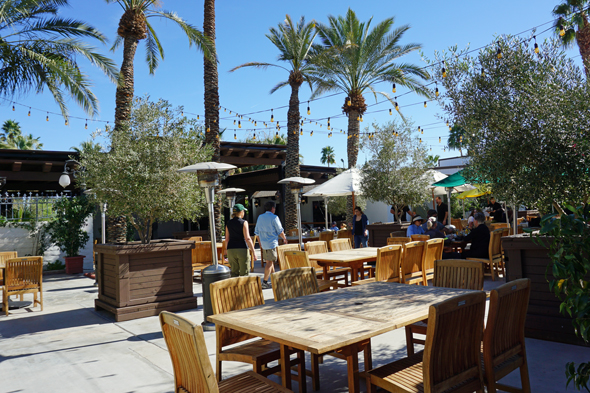 Since the weather (87°) was so spectacular, we opted to dine outdoors (under an umbrella) this afternoon.

The Tack Room Tavern has a veggie/vegan burger on their menu made by Beyond Burger. This plant-based "burger" looks identical to a beef burger and it incorporates beets to give the patty a red color. Recently, Dave and I saw Beyond Burgers for sale at Whole Foods in Palm Desert. There was no way to determine the Beyond Burger was not beef. It seriously resembled ground beef.

My Brother Steve is very health conscious, so ordered a Beyond Burger patty melt. 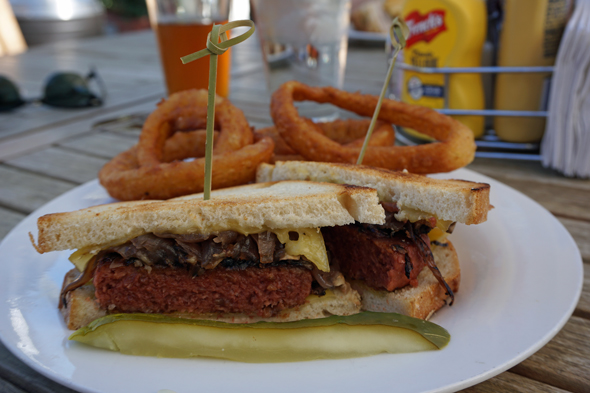 I had a taste of Steve's Beyond Burger patty. The flavor was identical to beef. Char-grilling helped in this process. The only issue we found was the consistency was a bit soft. I'm all for eating less meat, but went all-traditional by ordering a cheeseburger. 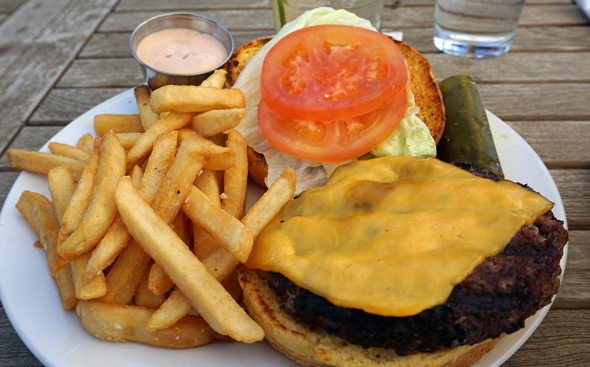 I ate the burger. I did not eat the bun. I did not eat the fries. Our entire group enjoyed their meals (okay, maybe Steve not-as-much), but again realize we need to share sandwiches. No one could finish their meals. I've blogged about this before: either we are getting old or American restaurants serve super-large portions.

One way to feel better after a big meal is to go for a walk. We crossed the parking lot of the Tack Room Tavern and spent an hour walking around the gorgeous Rose Garden at the Empire Polo Club. Yes, it was beautiful, but the most wonderful part of this adventure was the glorious odor from the roses. Nearly knocking us out with their magnificent fragrance. 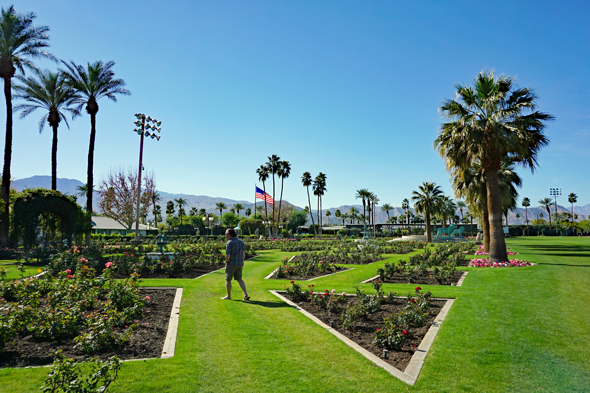 On the way back to the car, we were able to witness two horse trailers arriving to the local stables, unloading gorgeous polo ponies. They are such marvelous and proud animals. Such a pleasure to see such powerful horses. We think the ponies are quite spoiled... and they deserve every pleasure. Impressive and talented horses on our local polo fields. Polo fields are massive - nine American football fields fit inside a polo field. 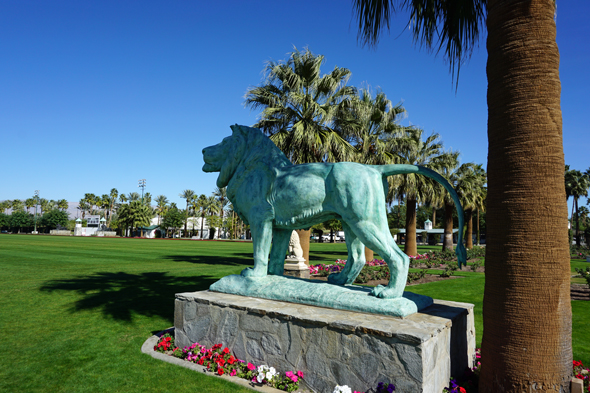 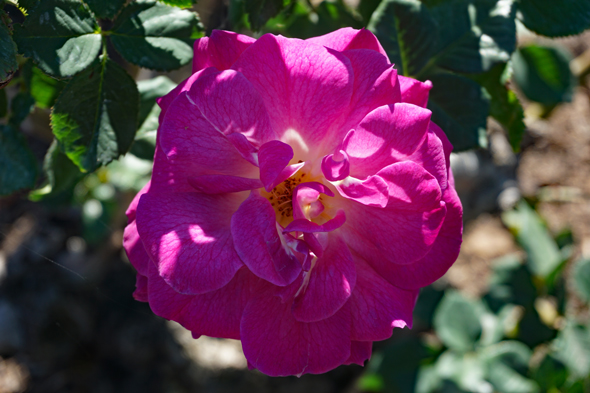 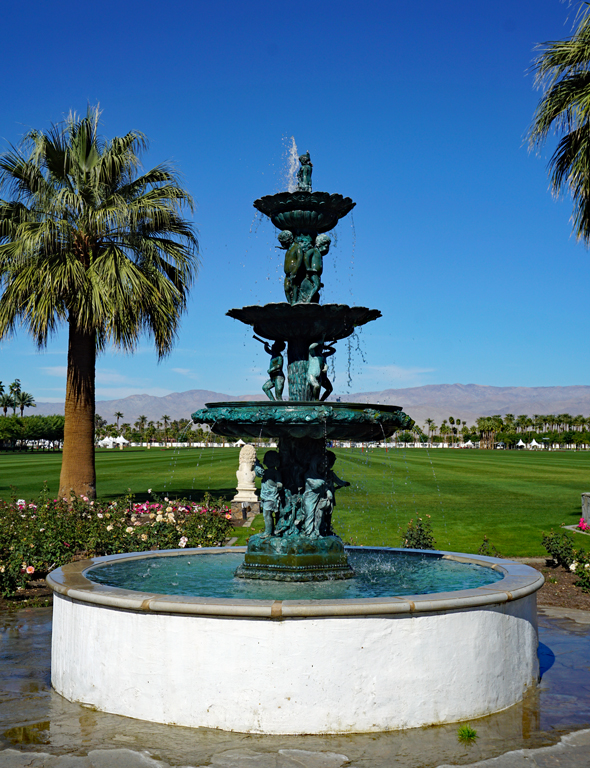 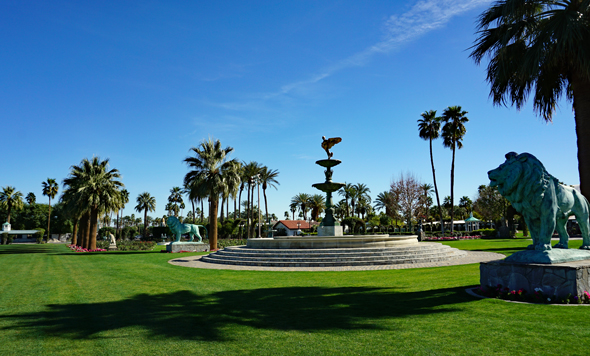 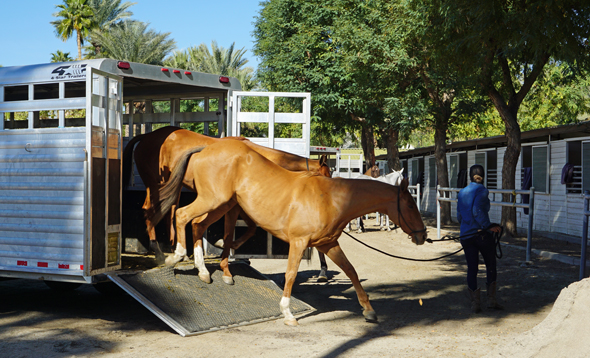 We returned to our campsite to see the Ducks get absolutely crushed by The Furds in Palo Alto. Terrible.

Until my next update, I remain, your touristy correspondent.