Las Vegas, Nevada:  After a good sleep, we decided to get in a long walk by trekking down to the Mandalay Bay hotel for brunch. The hotels seem so near to each other, but it is all so deceiving. It is basically a half-mile walk to simply get from our hotel room to the front door leading out to The Strip. (One time, years ago, we stayed at The Venetian and it was nearly a mile! Pedometers have been know to explode in Las Vegas.)

Since we have made this "walk" before, we knew it would take us about an hour to reach the Mandalay Bay - but we didn't care. As Jimmy would say, The Weather is Here. 86 degrees. 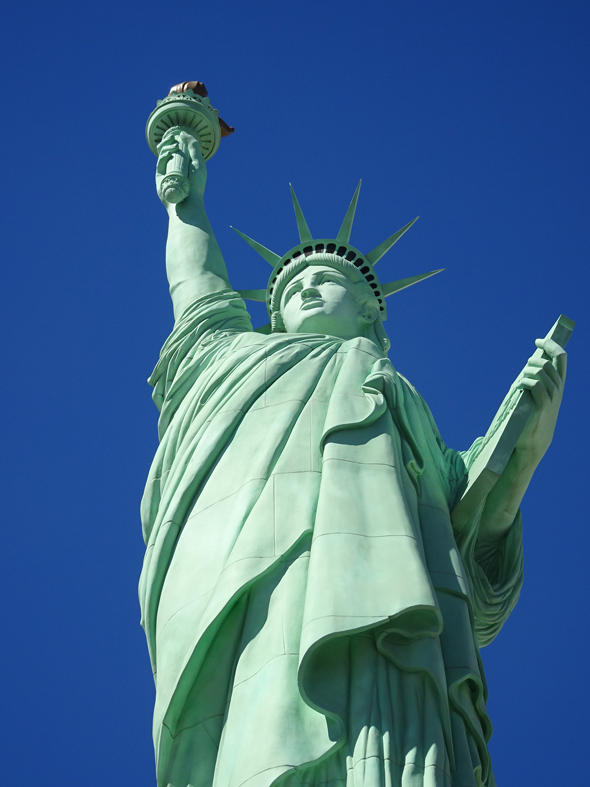 Our meandering course took us through New York New York hotel and through the Excalibur. The Excalibur has not been remodeled since the days of King Arthur. It is so dark, dingy and smells of a most distasteful combination of cigarette smoke, vomit, sweat and musty carpet. No need to look-around or dally in Excalibur. Things improved, a bit, as we toured through the Luxor (the pyramid-shaped hotel-casino) and then we entered the lovely Mandalay Bay Hotel-Casino, where things are new, neat, well-lit, tidy and they infuse the air with tropical flowery scents.

Obviously in a rut, we once again had "brunch" at Hussong's Cantina in the Mandalay Bay. Always good food and lots of televisions showing lots of college football. 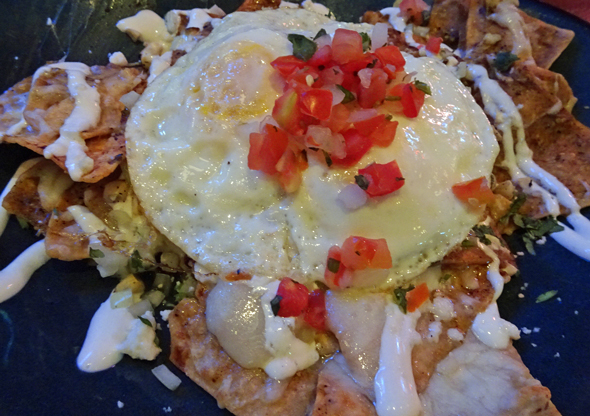 DT had Chiliquilles with two fried eggs over 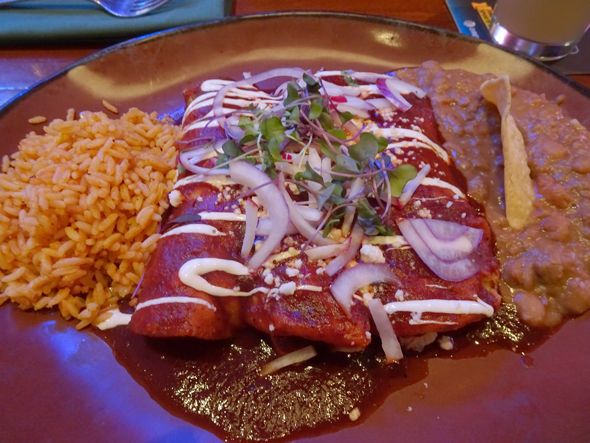 Neither of us could even try to finish all this food. Such a sad waste. The restaurant had a very funny sandwich board outside: 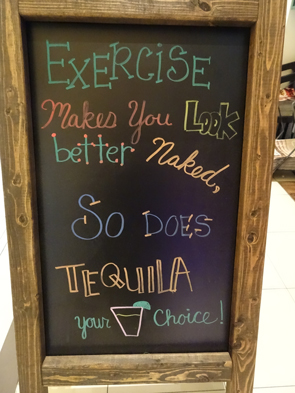 Then we reversed our route - remaining outside whenever possible - and went to the will-call box office to fetch our tickets for tonight's Jimmy Buffett concert at the MGM Grand Garden Arena. We were out for over 4 hours.

Then, for the first time ever, we checked-out the pool areas at the MGM Grand Hotel. I think they have four different pools (at least) and one of them is a lazy river situation. 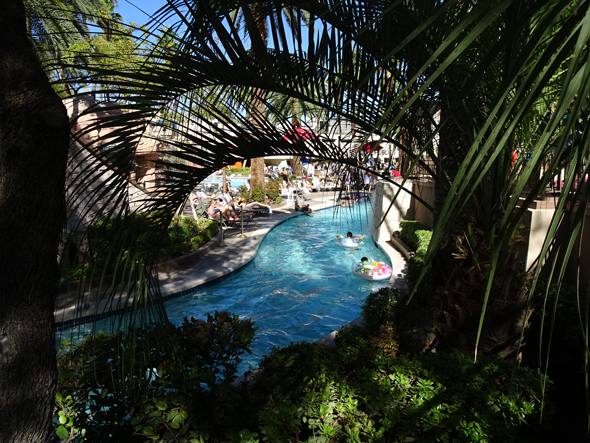 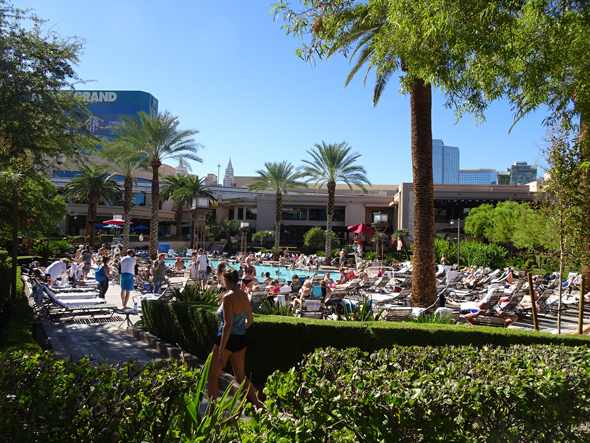 I truly do not like bragging about the weather in Las Vegas because Oregon is suffering from a horrible storm this week. Wind and rain, which usually result in flooding and land slides. Be safe, Oregonians! 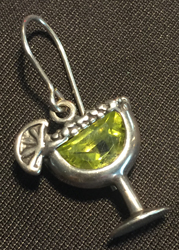 After a nap (where college football was on television; the Ducks have a bye this week) we prepped ourselves for another night of singing and dancing - another Jimmy Buffett concert. Jimmy usually seems to have a show somewhere near to where I am in mid-October and mid-October is my birthday, so for years we have usually seen him. Last year, we saw him October 22nd at the Hollywood Bowl in Los Angeles. Sometimes we see him when it is not My Birthday, like when we went to San Diego in 2012. I am slowing-down on my concert-attending. Though we are the median age in the audience at his shows, Mr. Buffett will be 70 in December and I wonder when he will just decided to stop. He quotes all the time something about "retiring from what?" like touring is fun, but DT could see that Jimmy Buffett was standing on one of the padded mats that chefs (and people who stand all day for a living) use. Anyway, I donned my margarita earrings, a lei for my hair and we headed for dinner and pre-functioning.

We invited Cory (Mary & Steve's #4, who lives/works in Las Vegas) and her friend, Caitlin, to join us this evening. It is our tradition to meet at the Wolfgang Puck Cafe in the MGM Grand hotel before the concert to put some fuel in our bodies before an evening of debauchery. This restaurant is just steps away from the Grand Garden Arena where the concert is held.

We always order Truffled Potato Chips (and send Lenny a photo to torture him - he loves this dish). 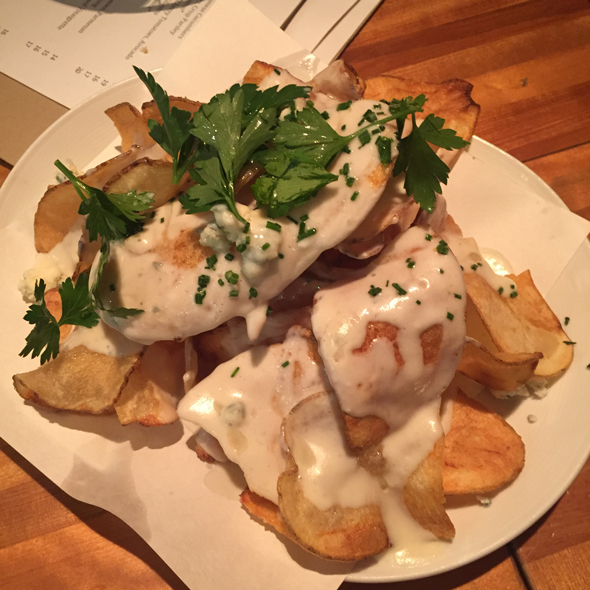 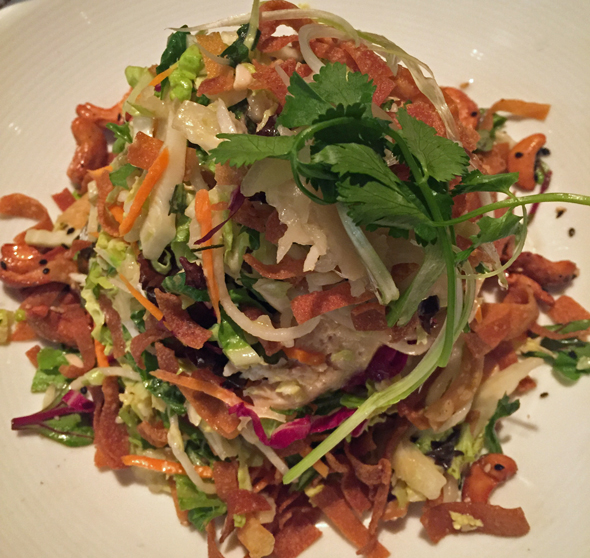 I had Puck's famous Chinoise Salad - so delicious and light

Properly fueled, we began the long slog into the arena. The corridor is packed with happy Parrotheads in glorious costumes, ready to hear their favorite singer. 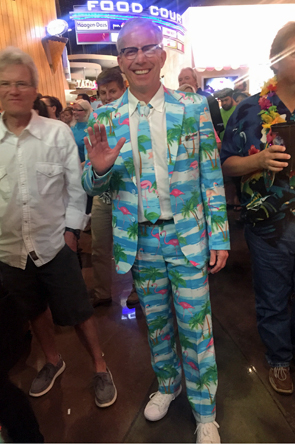 These guys probably prepare income taxes, or perform surgeries for their day jobs, but tonight - they rock. 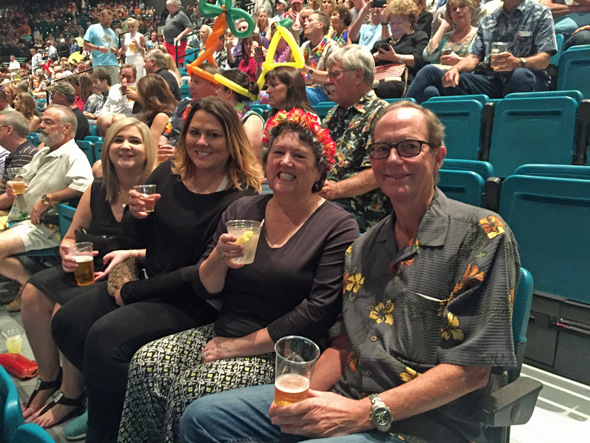 Caitlin, Cory, Terry and DT - ready for the show to start

We had most excellent seats and Jimmy played another great show. The set list was nearly identical to Red Rocks on Thursday. He had a dozen band members tonight - and though I have said this many times - Jimmy would be singing in Native American casinos  and county fairs by now if not for his band. And don't get me started on Mac McAnally. 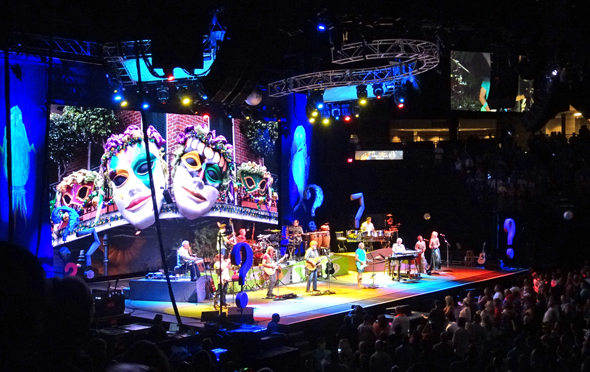 Another great evening with our "kids" and another great Jimmy Buffet show in the books. Thank you, Mr. Buffett!

Until my next update, I remain, your "what happens in Vegas, stays in Vegas" correspondent.