Indio, California: As we prepare to take the Magna Peregrinus out for a many-week-long spin, there are loose ends to tidy-up. Stock up on supplies. Have the motorhome washed. Close-up the casita. Stow the countless items that have found their way out of place.

Easy tasks, for sure... but just as we are busy preparing for our trip, several needed repairs have appeared to try our patience. It seems everything is crashing down upon us. 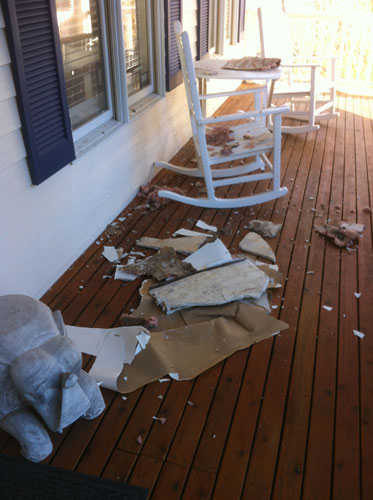 DT was able to temporarily patch the hole, call a trusted contractor and the ceiling should be better than ever very soon. This repair is a bit extensive - the entire ceiling must be replaced - but we won't have to deal with any of the noise or mess because we are away. We only get to deal with the insurance company.

Two other repairs have cropped up over the past few days:

While Lisa was here last week, we planned to watch a movie after Leo fell asleep. The DVD went in, but our machine ate the disc, made a horrid grating whirl and died - refusing to even expel the DVD. Our tech determined the player was toast, so a replacement DVD player has been ordered. I'm a bit miffed about this failure. True the DVD player is five years old, but I bet we haven't used it 20 times.

To complete the repair trifecta, the back-up camera on the 7-year-old Honda is also toast. For safety, the camera will be repaired immediately - though I've been driving since I was 16 and have only "gently" backed into one car in a parking lot.

We have ordered the parts - and have arranged for the swap-outs - so our trip will not be delayed. 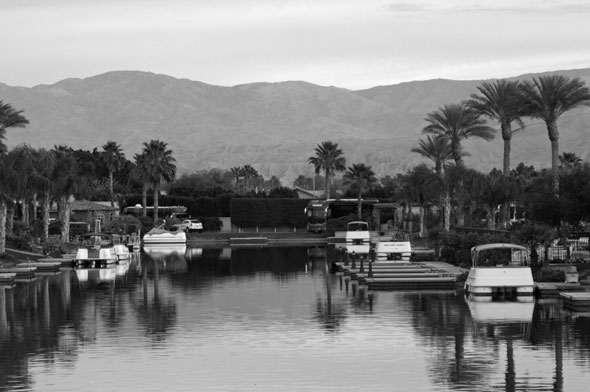 Though the temperature climbed to nearly 80°, we woke to clouds and they remained all day. Our RV was washed today... which pretty-much guarantees rain.

Until my next update, I remain, your lucky correspondent.