Indio, California: My Driver returned to Indio Saturday night and we hopped in the car and drove to Los Angeles Sunday morning. Our sister-in-law and niece (Ginger & Meghan) were coming for brunch at Lisa & Lenny's and we invited ourselves were invited as well. 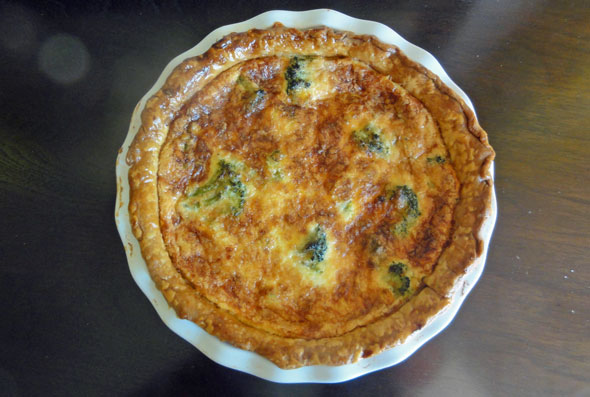 Per usual, our girl set a pretty table. Lisa served broccoli quiche, tossed salad and fruit salad - along with mimosas. A good time was had by all... and one little guy napped through the entire brunch! 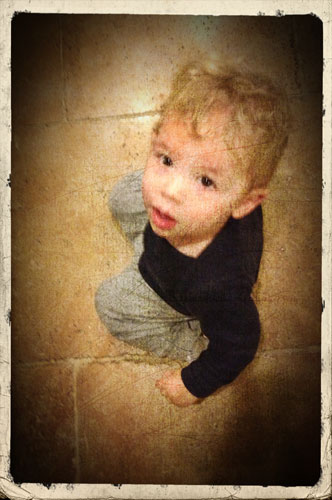 Later, after much football discussion with Lenny, Little Leo kept himself busy taking calls on his mobile phone - while sitting in Reese's dog bed: 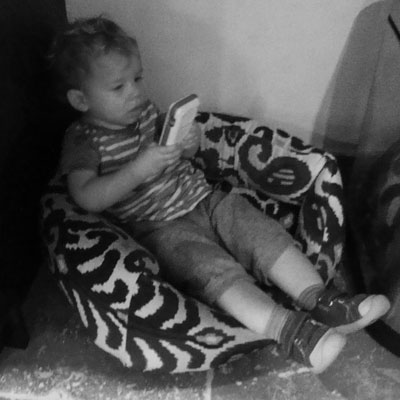 This morning, Leo bundled up against the Washington, DC cold to watch the Inauguration (it was 75 degrees in Los Angeles today). We were all keen to watch the festivities as our cousin, Kara, was at the Inauguration today! Leo recently received a fun monster hat as a favor at a birthday party for one of his pals. 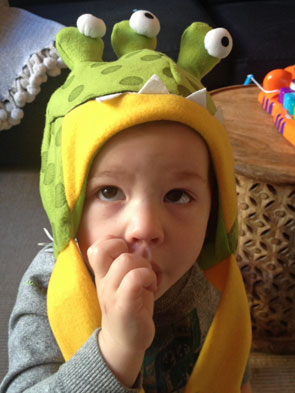 Before heading back to our motorhome, we went with Lisa and Leo to the playground. 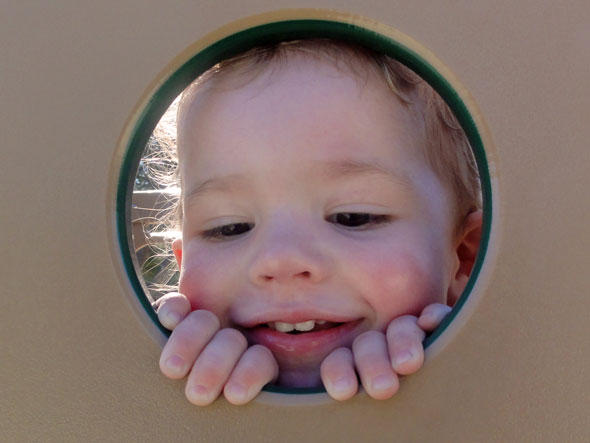 Until my next update, I remain, your "dang, he's cute"  correspondent.

« Lentil Taco Filling (from a rice cooker) It’s Always Something »