London, England:  Dave and I skipped the morning session at the track today. I know you all are shocked, but we needed a break, a little sleep, and assumed the decathlon guys would be able to proceed without our presence. Tamra and Carolyn were up early to watch the changing of the guard at Buckingham Palace. Late morning, the three guys and myself took the train, a tube and then another tube to Chinatown - yes, every big city has a Chinatown - for a reunion lunch with Shirley and Martin. Tamra and Carolyn met us at the restaurant as well. Everyone at the table had lived in Taipei at one time or another (mostly at the same time), and the Imperial China Restaurant had many Taiwanese specialties on their menu. We were all very happy with the food at this one-Michelin star restaurant. Imperial China is the restaurant of choice for Shirley and Martin for all celebrations Taiwanese. It did not fail. Perfection. 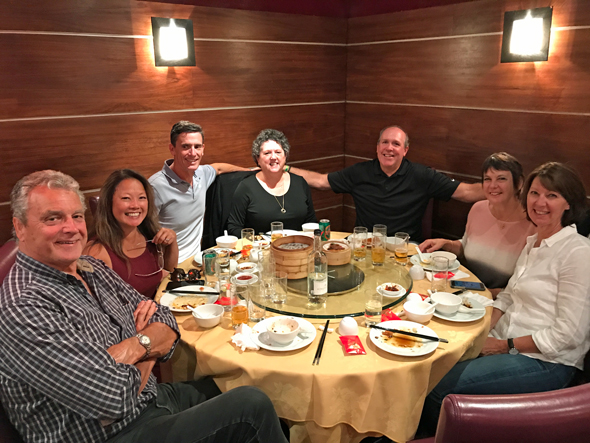 Obviously DT was our photographer. 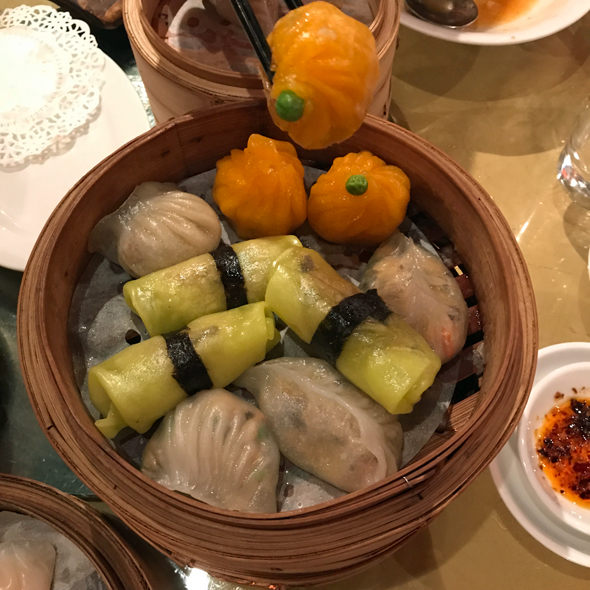 Dim Sum is the thing at Imperial China. They must have 100 different dumplings to choose from. Crazy delicious. We all had such a wonderful time catching-up and reminiscing on our days in Taipei.

After lunch, we all had a walk through London's Chinatown. It was like most Chinatowns in most big cities, except this Chinatown rose from an area with old brick Victorian houses and storefronts. Heavily damaged by bombings in World War II, this area didn't become known as a "Chinatown" until the 1970s. 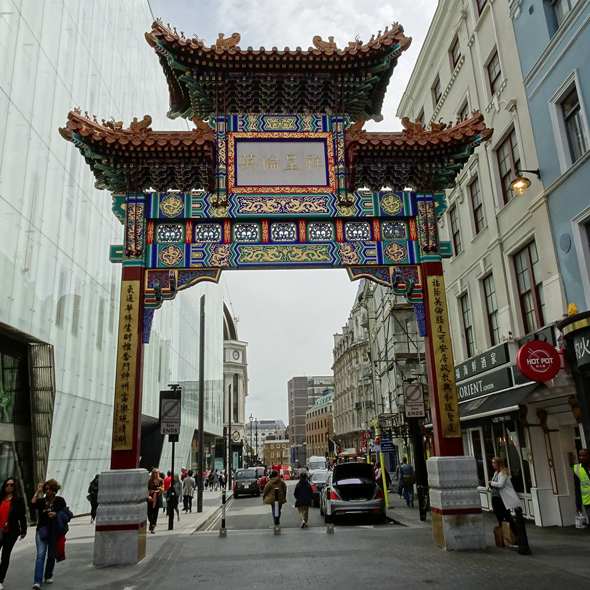 Gate to Chinatown in London 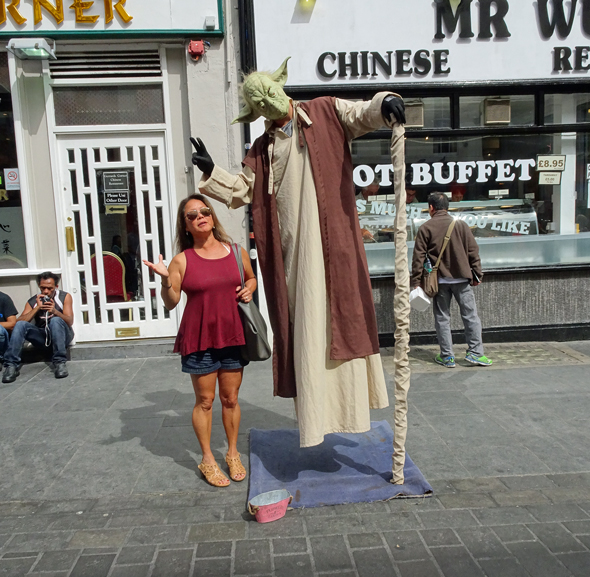 Carolyn with a floating Yoda in Chinatown 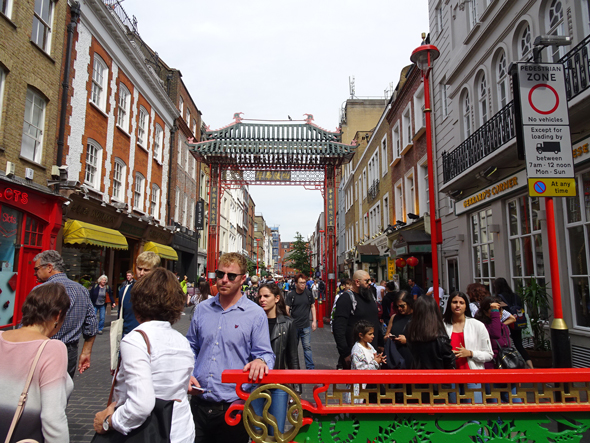 Chinese chicken and duck in a window 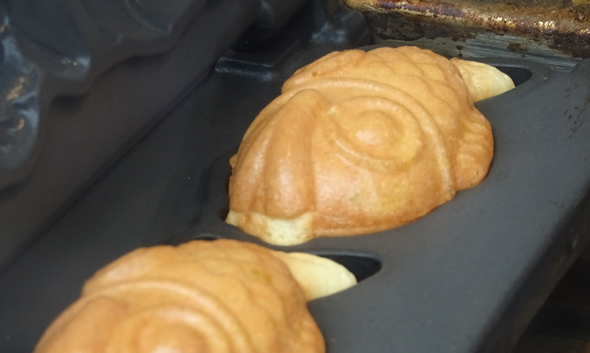 We stumbled upon a little bakery turning out little puffy fish-shaped pastries stuffed with custard filling. Carolyn was fascinated and went inside and bought a fish for each of us. The "fish" were not too sweet, and the cream filling was light and delicious. Thank you, Carolyn, for being so brave to try this new delight. 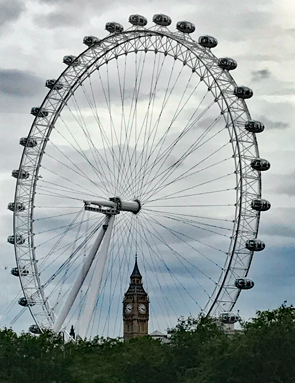 We proceeded through Chinatown, over the Waterloo Bridge, with great vistas to the London Eye and the River Thames. 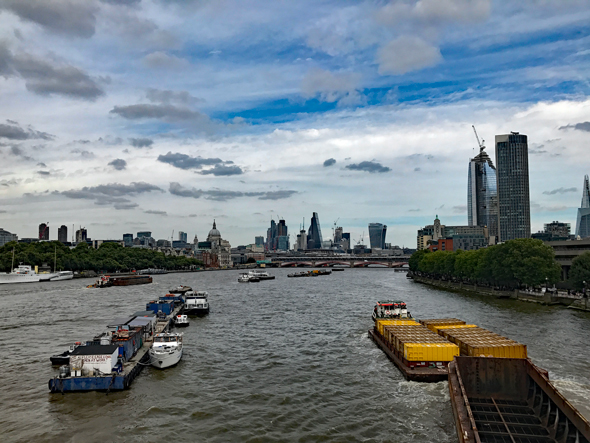 Since the terrorist attack a few months ago on London bridges, barriers have been installed between the traffic lanes and the pedestrian walkways. 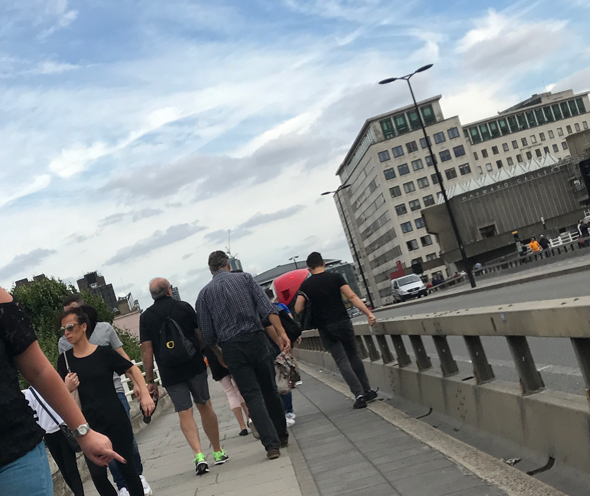 So... the Americans in our group today were pretty sure a guardrail between traffic and pedestrians on bridges is common in large American cities. Am I wrong? No matter, having a city bus screaming-by is frightening enough WITH a guardrail... so I was happy to have the cement barrier in place.

We parted at the Waterloo tube station. Martin and Shirley headed home to Surrey. (We will see them in Oregon next month). The rest of us headed back to our hotel and then to the stadium for Day 8 of the World Championships.

And what an interesting evening of The One True Sport we witnessed. Oddities galore.

In the women's steeplechase final, Kenyan Beatrice Chepkoech somehow completely forgot to jump over the water barrier. It was the strangest thing to witness. All the racers jumped over the hurdle into the water pit, but Chepkoech ran around the water pit. She realized her mistake (this was NOT her first rodeo!), circled-back, took the hurdle and continued on.

It was a one-two sweep for Americans in the steeple tonight. (This is a sentence I have never written before.) Emma Coburn won gold in 9:02.58 - a US record. Courtney Frerichs was second, with a personal best of 9:03.77. Good time to peak, ladies! Somehow Chepkoech finished fourth, and there was no protest filed.

And in the "another sentence I never thought I would write" category: Matthew Centrowitz did not make it out of the heats last night, but tonight the US had two very good milers competing in the 1500m semis. 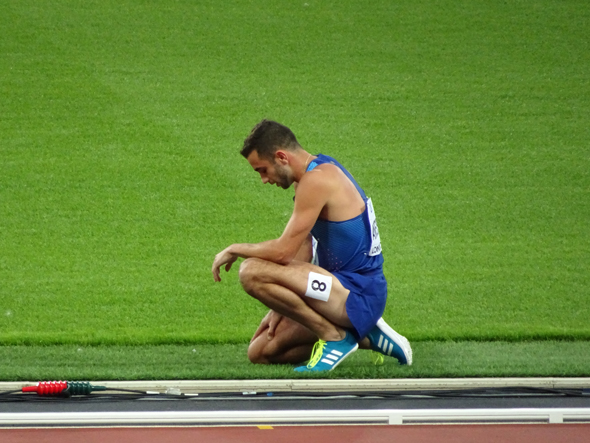 American Robby Andrews pulled something or tore something (we later learned it was his calf) and collapsed into the infield during his 1500m semi. 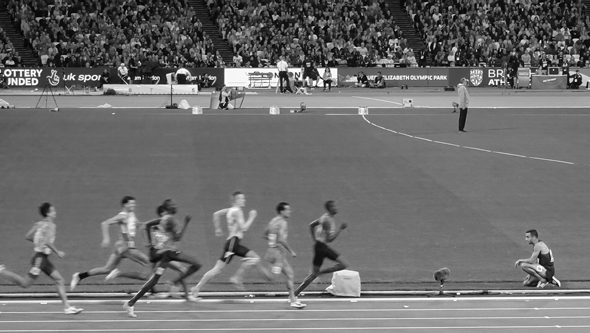 Mr. Andrews remained trackside, as his competitors flew by, winning gold, silver, bronze and a whollotta prize money. Of the three Americans originally entered in the 1500m, John Gregorek (who ran at Oregon as a 5th year senior) may have been the last American I would have bet on to make it through to the final... proving once again I know nothing about track and field. Ex-Duck sprinter, Deajah Stevens, finished fifth in the 200m final, behind powerhouse Dafne Schippers (Netherlands) and Marie-Josee Ta Lou of the Ivory Coast. Bahamian Shaunae Miller-Uibo was third. The relays begin tomorrow, and Mo Farah races in his final 5000m. It's going to be epic. Until my next update, I remain, your shaken-and-stirred correspondent.