London, England:  On day six of the hostage crisis track meet, London greeted us with a dose of her finest August weather: torrential downpours, cold wind and foggy clouds. No matter that I am carrying clothing for only seven days and only one of the "outfits" include slacks. Me thinks I sometimes tend to over-do my minimalist-packing obsession. Happily, a miniature folding umbrella was included in my 20-inch carryon.

Dave and I took a bus that picked us up about a block from the hotel and dropped us 1/3 miles from Yotam Ottolenghi's Spitalfields location, where we were meeting our long-time family friend, Lady Katharine, for lunch with her husband and daughter. Currently one of the hottest chef's in the world, Ottolenghi brings his take on Israeli and Mediterranean cuisine to London with a vegetable-centric menu. Lots of mezze-type starters and salads, a few dishes with meat (surprisingly, even with a Palestinian co-chef, some bacon), and fabulous desserts. I have three Yotam Ottolenghi cookbooks and enjoy preparing his recipes, challenging myself, and searching-out unusual ingredients from time-to-time. 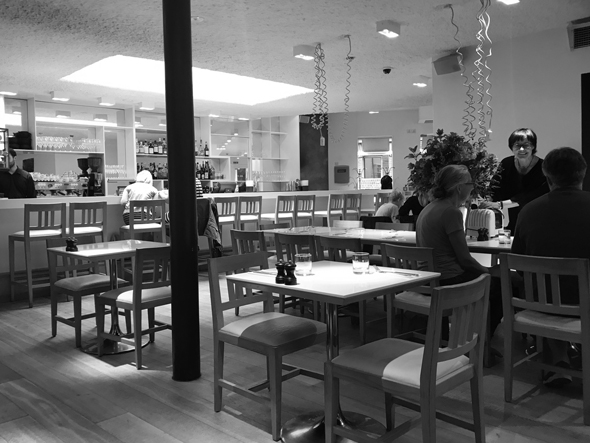 We ordered quite a variety of items, so we could all sample the goods. 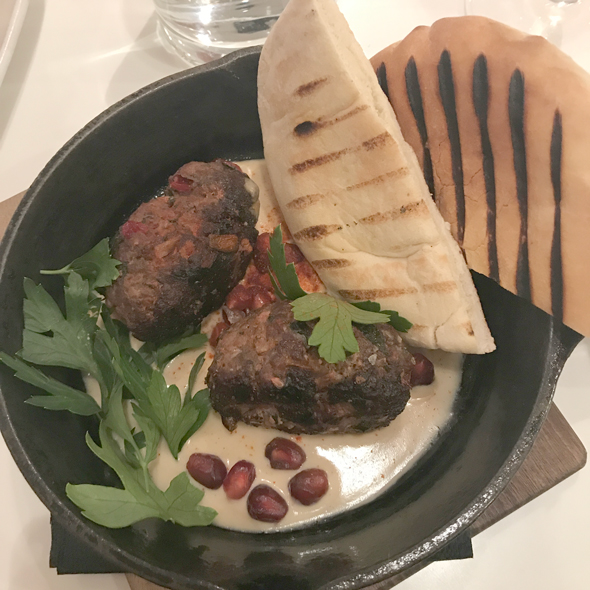 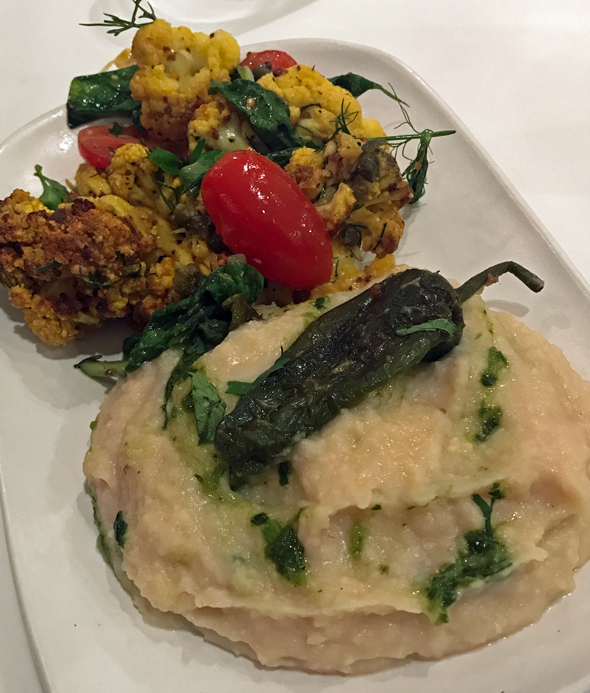 Roasted Cauliflower with spices, and fava bean hummus with jalapeno

Everything was so light, so bright and very well received at our table. 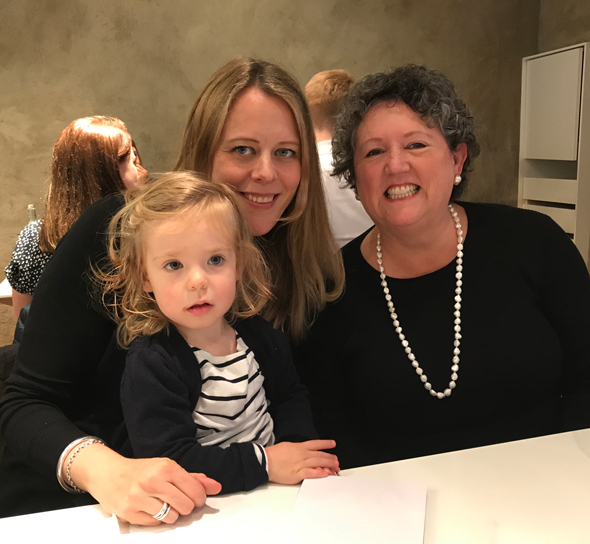 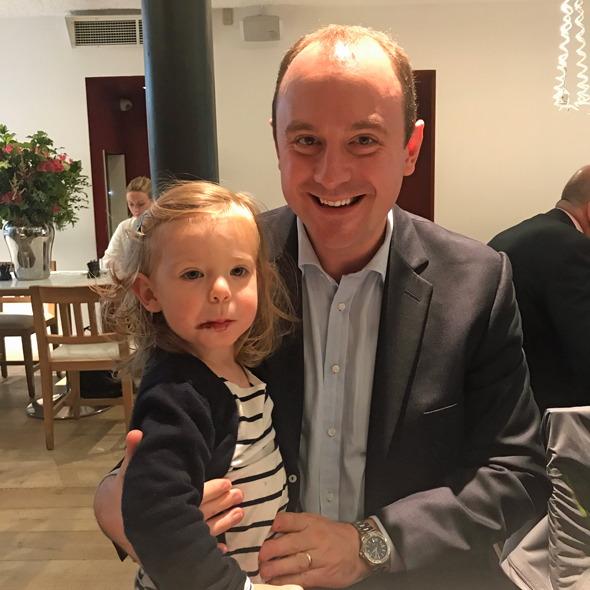 Katharine's husband, Simon, slipped away from his office to join us for lunch.
Matilda (obviously) had been enjoying a bit of chocolate cake in this photo. 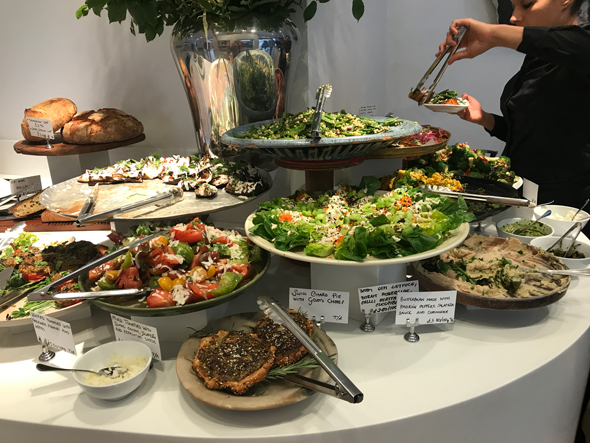 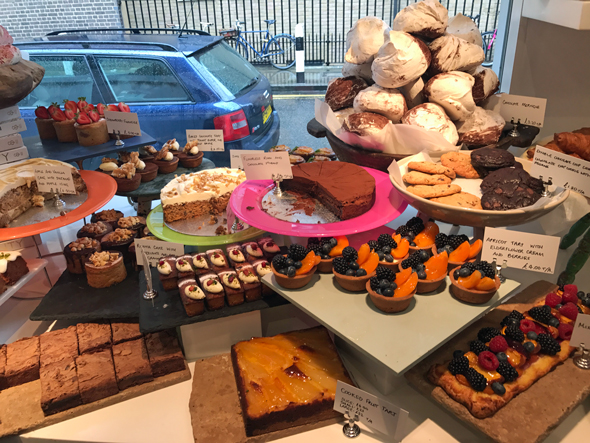 We tried the flourless chocolate cake (center), and a slice of the carrot cake directly behind the
chocolate cake - with an inch of cream cheese icing. Both were divine. 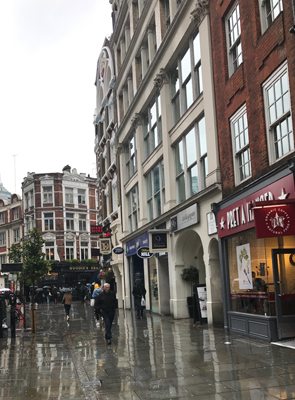 Matilda armed for rain - and the dreary London streets today

Then we all bundled-up, and raced back to the office, Tube or bus. It was so wonderful to see our friends again and to meet Miss Matilda for the first time. She was the sweetest thing - finally warming up a bit to us at the end. Thank you, for braving the rain to meet us today.

Then back to our routine. Dave does his physical therapy and icing, I edit my photos, we have a 20 minute rest, then head back to the track. This evening we took advantage of the shuttle both directions, not wanting to face the rain again. 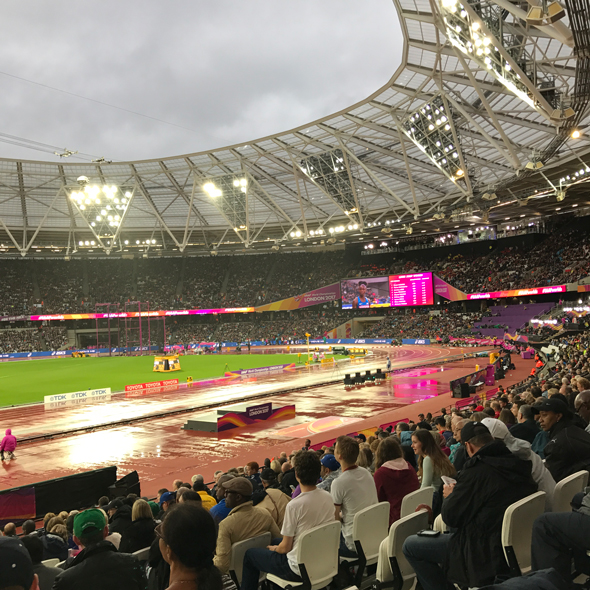 The fans remain dry. It is the athletes who have to suffer in the cold rain. 55 degrees and sheets of rain. 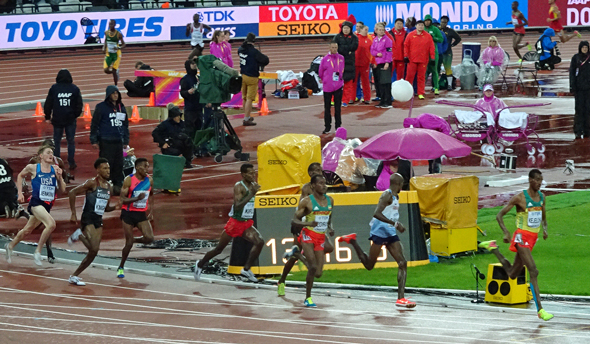 No matter the weather, the arena was full. Mo Farah was racing tonight. Never mind it was only a 5000m heat to determine who will race in the final on Saturday - it was Mo - and this 5000m was a "the last 5000m I am ever going to run on the track" scenario. Just like the 10000m he raced last Friday. This contest is a bit more difficult though. Already tired from his 10000m, now he must race in a 5000m heat and then in the 5000m final Saturday. It would not be good form to lose your last track race in your home town. As strong as he is, this will be a tough double for Mr. Farah. But I'm betting Mo will not have the same fate as Usain Bolt.

American Paul Chelimo, 5000m silver medalist in Rio, fell in the second heat. Another runner went down with him. Chelimo (pronounced Cha-lee-moe by everyone except the stadium announcer who oddly said Chow-lee-moo), was up quickly and sprinted back to his previous position within half a lap. Amazing. Chelimo and Ryan Hall advanced to the final to represent the USA. Duck alum, Eric Jenkins failed to advance. 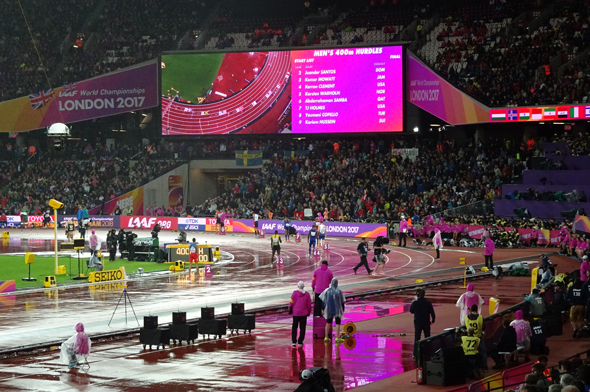 Remember yesterday when the National Health Service refused Isaac Makwala of Botswana from entering the stadium due to the Norwalk virus? Well, the IAAF took up his case and allowed Makwala to race to qualify for the 200m because he missed the qualifying rounds Monday due to his illness. He had to run alone this evening, before the meet began, and he had to finish under the qualifying standard of 20.53. He did - racing in cold, pouring rain. The entire stadium cheered like crazy as Makwala sprinted solo on the half-lap. A little later, he raced - with eight other men - in the semi-final and qualified for the 200m final tomorrow night. Though South African Wayde Van Niekerk is favored to win, I think Isaac Makwala will be the crowd favorite. 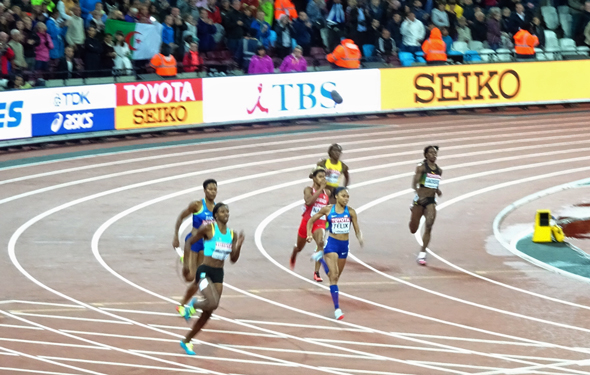 But the best was saved for last. Duck alum Phyllis Francis WON - the 400m gold. WON! GOLD! She ran down Salwa Eid Naser (Bahrain) and America's Sweetheart, Allyson Felix. We were jumping for joy and crying and clapping and screaming with excitement. What a night! Francis won the one-lap race in 49.92, her fastest 400m ever. See 19 photos here. The photos really show how hard it was raining. Maybe all those years of running in rainy Eugene paid off for Ms. Francis tonight?

Love me some Ducks! 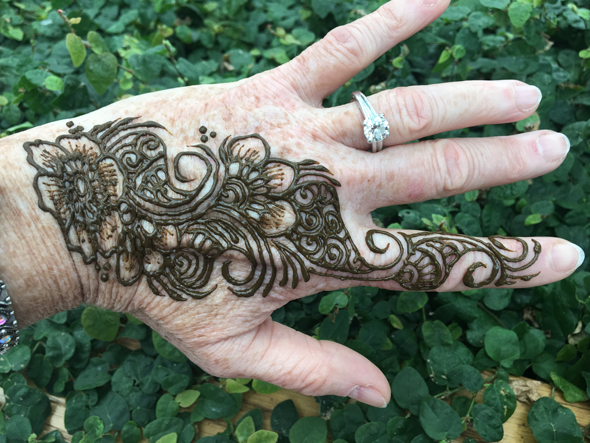 Random chit-chat: The next IAAF Championships will be held in Doha, Qatar in 2019. Doha held an information expo and several of my girlfriends went and were given (temporary) henna tattoos on their hands. This is a common practice in Qatar, especially for weddings, and "allowed" as permanent tattooing is forbidden under Islamic and Jewish law. So pretty. In a week or so, the art will fade away. Evan Jager, received his steeplechase bronze tonight, then came and sat behind us in the stadium. No man-bun tonight, but he was still very handsome. We also saw 1976 400m and 800m gold medalist, Cuban Alberto Juantorena, in our hotel lobby. Juantorena is now 66 years old, still slim and looking well.

Tomorrow, we do it all again.