London, England:  We really did a lot today (too much walking for Dave!) so I am going to jump right in with far too many photos. 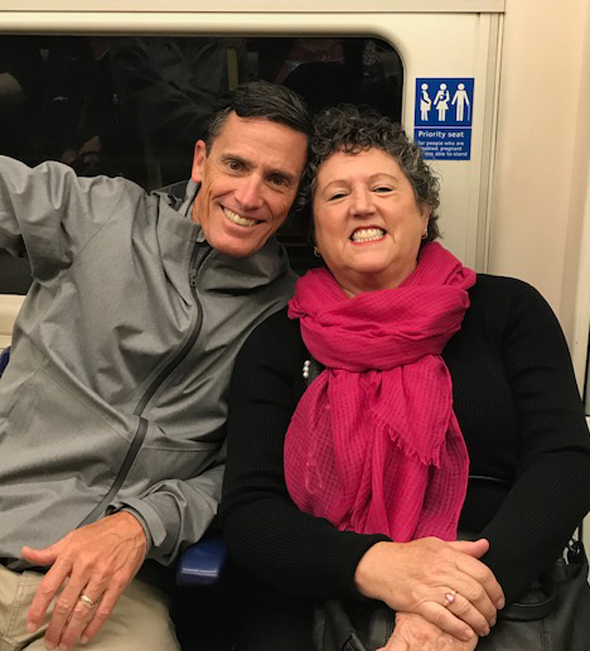 Dan and Terry on the Tube. Photo by Dan's wife, Carolyn

We rode the Tube with our friends this morning. They had tickets to tour Buckingham Palace. (We did this tour in 2013, if you want to go back in time and have a look.) Dave and I left the underground one stop before our friends and found ourselves at Parliament and Big Ben. 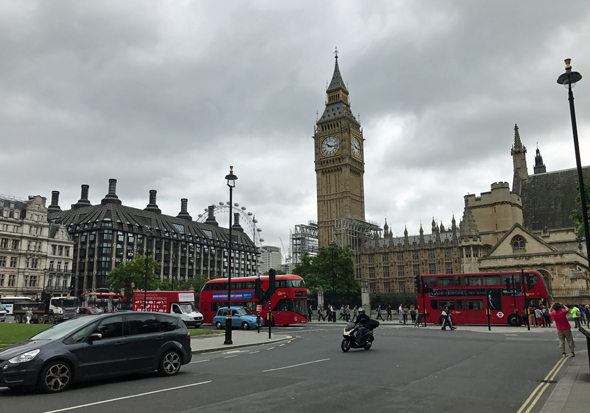 Big Ben - notice the London Eye "Ferriswheel" in the rear 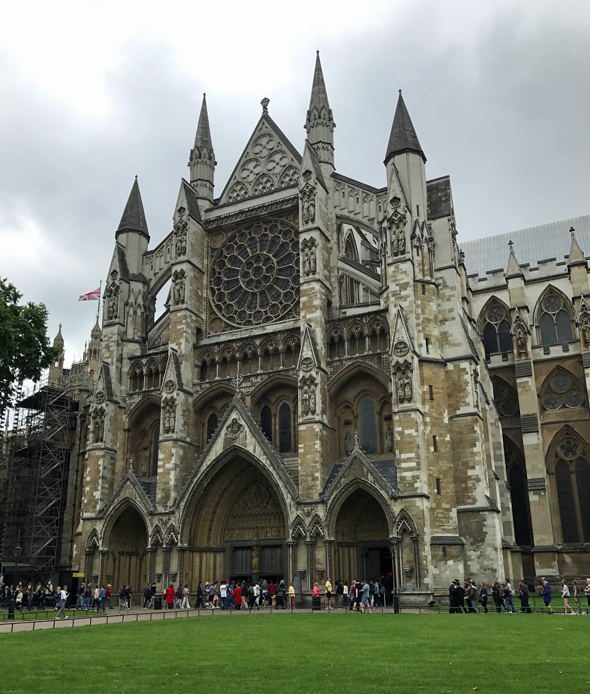 We were going just across the street from Westminster to hear a lecture on Brexit by University of Oregon Professor Craig Parsons. The talk, inside the beautiful Methodist Central Hall, was titled, What do Brexit and the Reagan Revolution Have in Common? Markets and Government Power in the US and the EU. Say that three times fast. The speech was interesting, and Professor Parsons is a very enthusiastic presenter - crazy-interested in the founding and evolution of the EU, and his comparison to the 28 EU states and the 50 US states was interesting to me... how America has a shared language and culture, where the EU members do not... and contrasting balances of central and state authority. 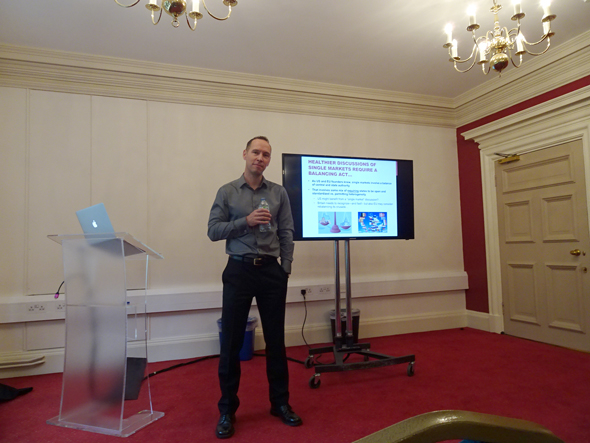 After the lecture, Dave and I joined Professor Parsons, University of Oregon President, Michael Schill, and a large contingent of University of Oregon Trustees and alums for lunch at a nearby restaurant, Bank. After lunch, we all hopped on the city bus and met a guide for a guided tour of London from above. Our guide was Dr. Andrew Whitehead, a retired BBC political reporter who spent much of his career in India. A very interesting fellow, Whitehead pointed out the sights from our private car on the London Eye, giving a humorous slant to many buildings. He made us laugh and we all enjoyed our 30-minute ride above London. More photos: 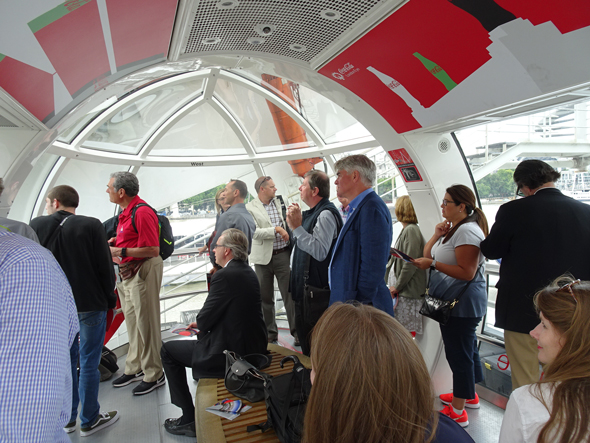 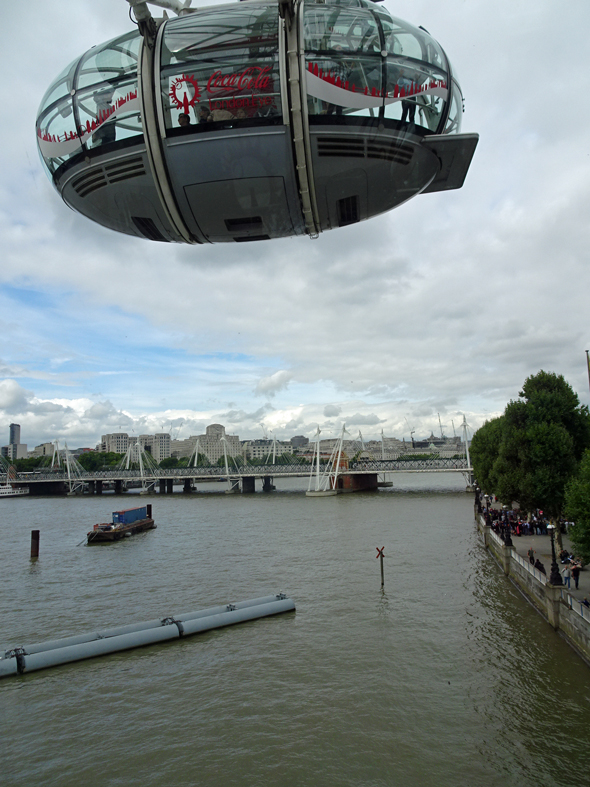 View down the Thames 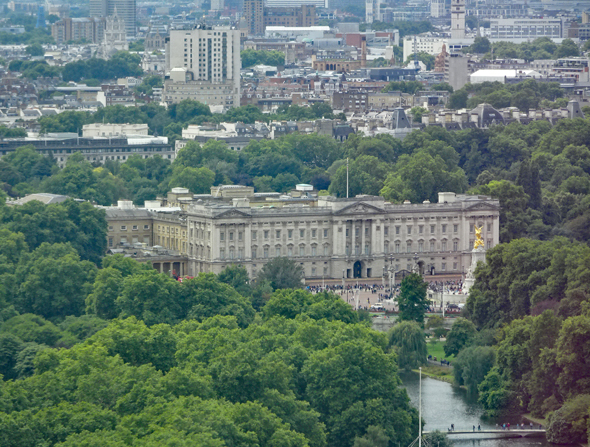 Can you see Tamra, Steve, Carolyn and Dan at Buckingham Palace? 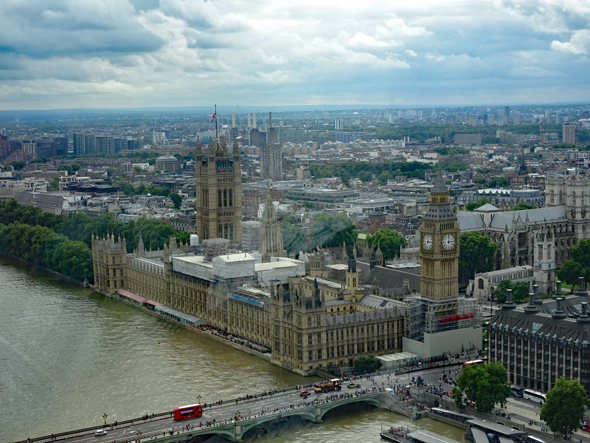 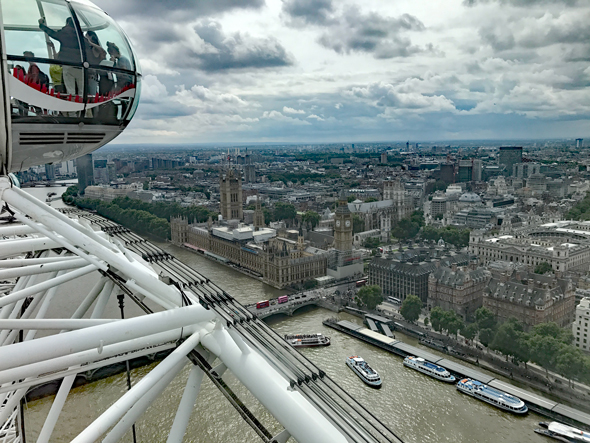 It's a long way down

Many of my friends will be surprised to learn I DID INDEED ride the London Eye. (I am not afraid of heights, but will not usually ride gondola-type rides, because I have a fear the ride will break and the car will fall off.) To accomplish this brave feat, I just didn't think about what was going to happen... I just followed the group and hopped on. I didn't even take a photo of the London Eye, so you will have to go to their website to learn about the attraction. (OMG, there were a zillion people in line for the London Eye. So happy we had pre-arranged tickets. Many thanks to the University of Oregon for making this day very special for us.)

We took the tube back to our hotel, but barely had time to rest or regroup before it was time to once again head to the track for the evening session (there are no morning sessions Monday-Thursday).

I also thought it would be interesting to see inside the hospitality area for IAAF officials and guests: 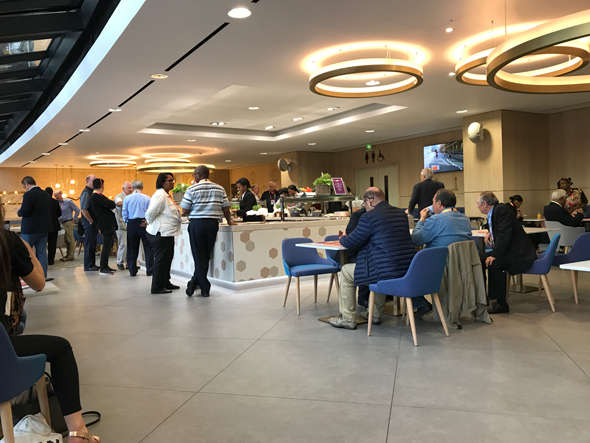 Buffet serves salads, breads and cold appetizers. Hot entrees are passed by servers. Tonight they were serving small bowls of vegetable risotto and lamb stew... plus different items are coming out of the kitchen constantly. Very good food. 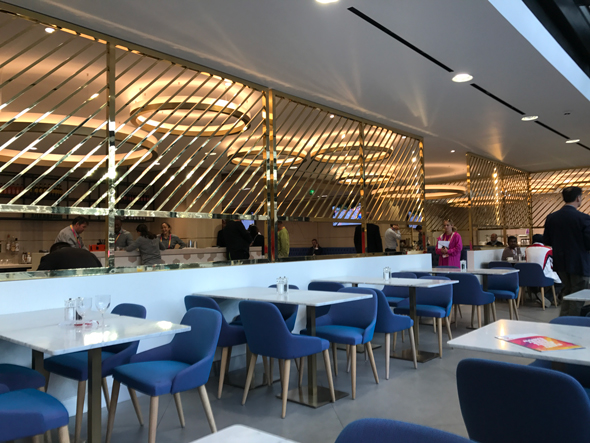 Plenty of seating, as there are maybe four separate hospitality suites like this on this level of the stadium. There is a full bar, and plenty of wines and delicious British beers.

But we don't hang-out in hospitality long - there is a track meet to watch! 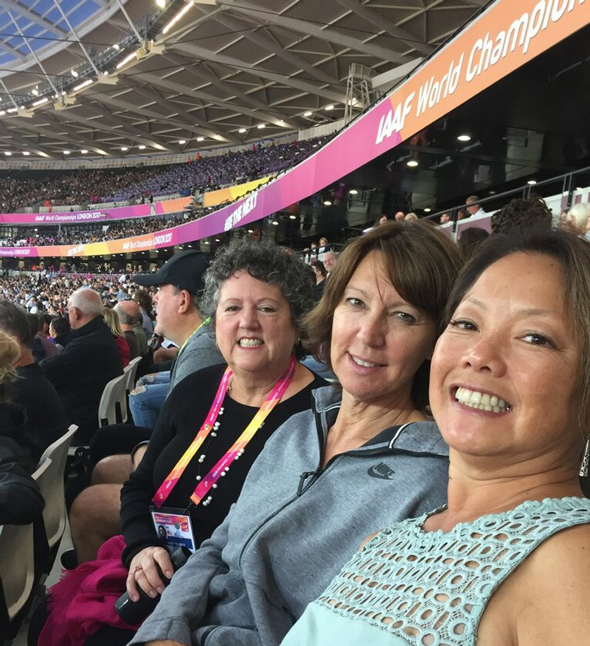 Me, Tamra and Carolyn at the 2017 World Athletics Championships in London 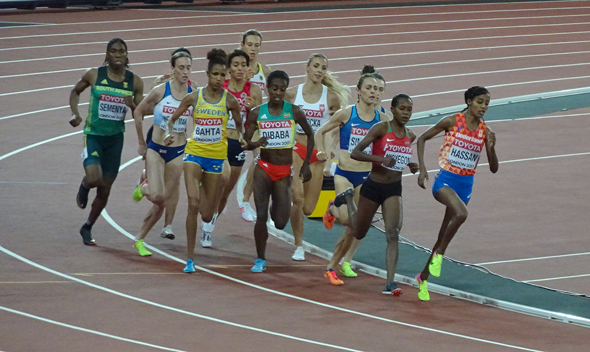 The women's 1500m final was very exciting and very loud due to a local favorite, England's Laura Muir, in the race. New faces emerging at this distance too, as 800m sensation, Caster Semenya (South Africa) took third, and Sifan Hassan (Netherlands, but trains in Portland, Oregon) was 5th. The favorite, Faith Chepngetich Kipyegon of Kenya, won the event in 4:02. Muir finished 4th to wild cheers. Check all other results at the link below.