Indio, California:  DT woke to snow in Portland and had lunch on a patio in the sunshine in Palm Springs. (As did the approximately 130 other people on his flight this morning, no doubt.) 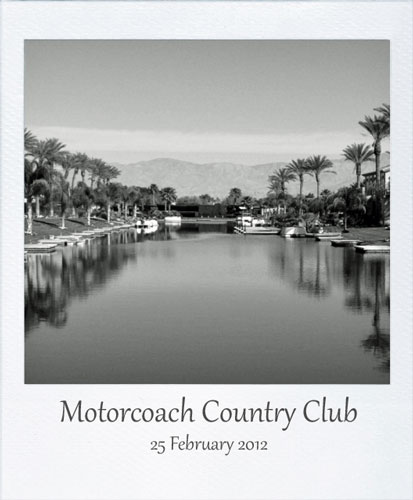 I enjoyed my week alone, but things are certainly more colorful with DT.

Since the Palm Springs International Airport is just a short distance from downtown (old town) Palm Springs, we buzzed down there for lunch at one of our favorite restaurants in the Coachella Valley - Blue Coyote Grill. (DT had only dined on Mexican food once while in Oregon last week and was going through a bit of withdrawal.) The Blue Coyote Grill is very popular with locals and tourists alike, but we were able to score a great table outside on the patio under a shady umbrella. Dave ordered Huevos Rancheros (breakfast) and I ordered a chicken tostada salad. 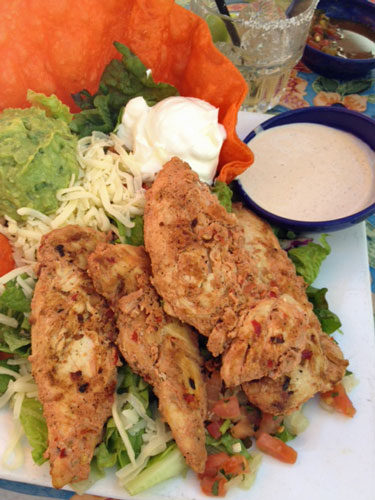 Not sure if these were very small chicken breasts or very large chicken tenders, but it was an amazingly massive amount of food. 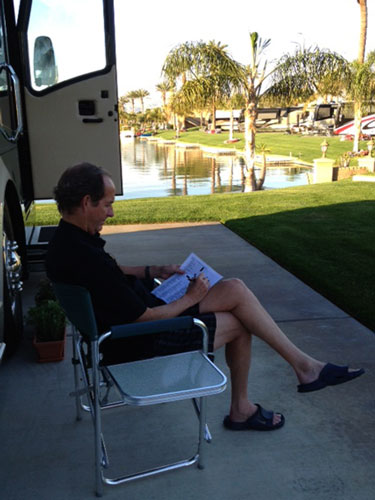 Happily, My Guy is back with me in the desert. He is not wearing a jacket, gloves, nor a hat.

Until my next update, I remain, your reunited correspondent.