I looked over my list of "restaurants to try" and settled on a Mexican place on El Paseo. Half-way to Palm Desert, DT asked which restaurant I had chosen and when I told him, he reminded me we had been there before - several years ago and the restaurant has a funny story amongst his golfing buddies.

Years ago, Dave was here with a dozen men on a golf trip. They had rented condos and golfed all day - often 36 holes in a day, because they were still young enough to golf 36 holes in a day - and would go out for dinner (and surely several drinks) in the evenings. One night, one of the pals, Dickey, suggested they all go out to a "great Italian place he knew on El Paseo". They loaded up in cars and Dickey led them to a Mexican restaurant and is still ribbed about it to this day.

Just as we were having this conversation (retelling the tale), our car passed-by another restaurant on my list - Eureka! Burgers. The brakes were applied, the turn signal was engaged and we switched from a Mexican lunch to all-American burgers in fifteen seconds.

Eureka! is a small chain of restaurants, mostly located in California. It is a sit-down place, with a bar and outdoor seating. They specialize in craft beers and American-only bourbons. (Is bourbon made elsewhere? I am confused about this claim.) The restaurant is freer with exclamation points than this blog - and that is saying something! 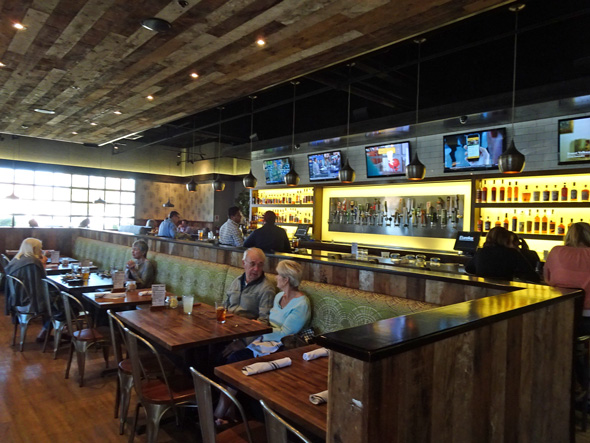 The bar at Eureka! burgers in Indian Wells

They are very serious about their drinks. Their house cocktail is an old fashioned, made with Old Overholt rye.

I had a very non-American margarita. 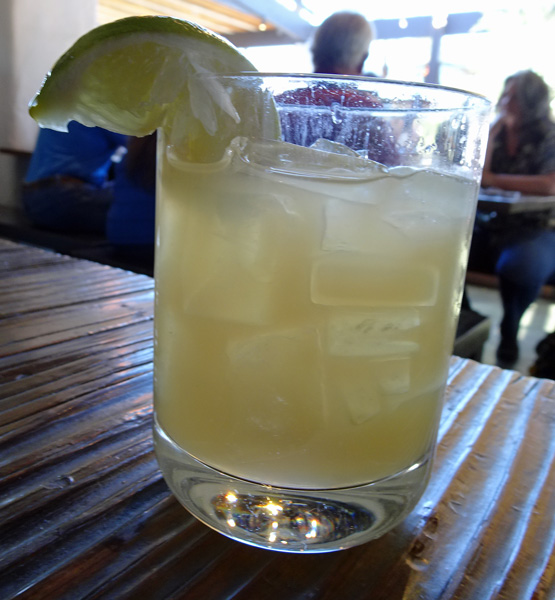 Probably because I thought we were on our way to a Mexican restaurant?

The menu is varied (salads, soups, appetizers - you can even get tacos), but the emphasis is on burgers. DT went a little Mexican by ordering the Tortilla Burger - tomato, red onion, pickled jalapeno, guacamole, cilantro, Monterey Jack, spicy chipotle sauce - grilled in a flour tortilla. He ordered his burger with onion rings. Dave had a beer, brewed locally by La Quinta Brewing. 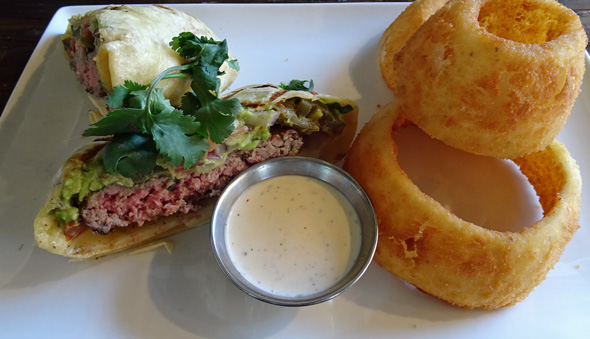 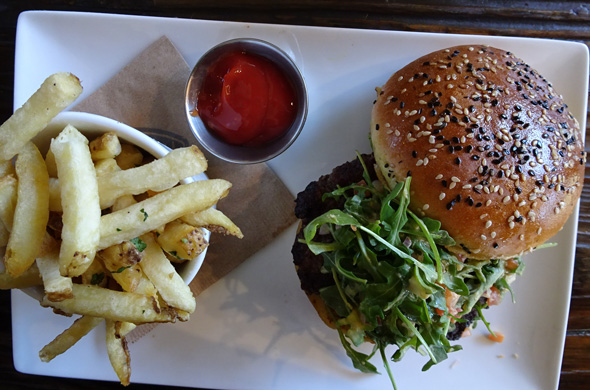 The fries are made with Kennebec potatoes and the beef is raised in Oregon on Painted Hills Ranch. 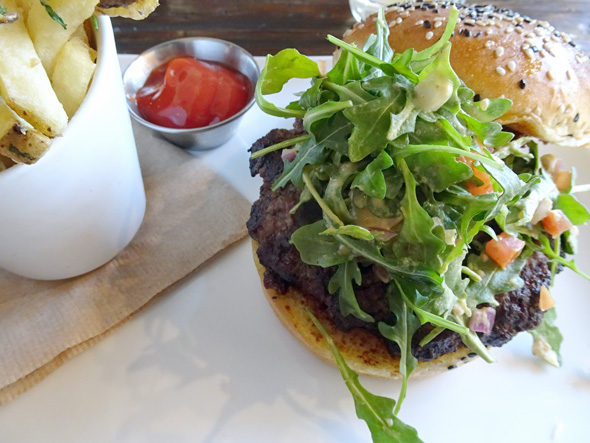 Delicious. Even the bun was good.

I would go back!

Until my next update, I remain, your all-American correspondent.