Restaurant of the Week: Shanghai Reds

Indio, California: After my musings yesterday on eating what's local, we went to a fish place in the middle of a desert for dinner. Geesh, I'm on a roll, eh? These days, you can eat fresh Maine lobster in Kansas City and wild-caught Alaskan salmon in Miami Beach. Pretty-much anything except fresh pho noodlescan be found anywhere. I'm old enough to remember when fresh pineapples from Hawaii were rare and exotic when they began appearing in Oregon supermarkets. Times have changed.

We chose Shanghai Reds because we have always heard great things about the restaurant and Lisa's college friend, Ernie, had recently broken the restaurants fish taco-eating record, by consuming nine fish tacos, which he said tasted "amazing". (Ernie runs about six miles a day.) 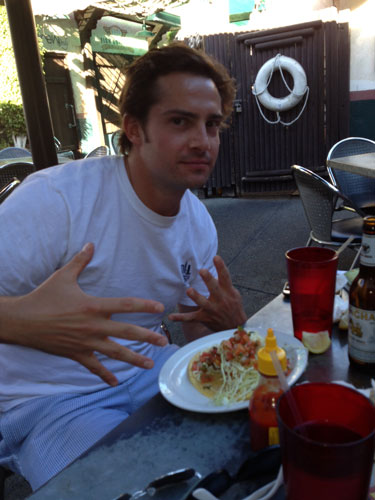 Ernie, an attorney in Los Angeles, was in Palm Springs for Lisa and Lenny's wedding in October. A group of Lisa's college friends stopped by to see our campsite the day after the wedding, then headed out to Shanghai Reds on their way back to Los Angeles. This is when Ernie broke the fish taco record. 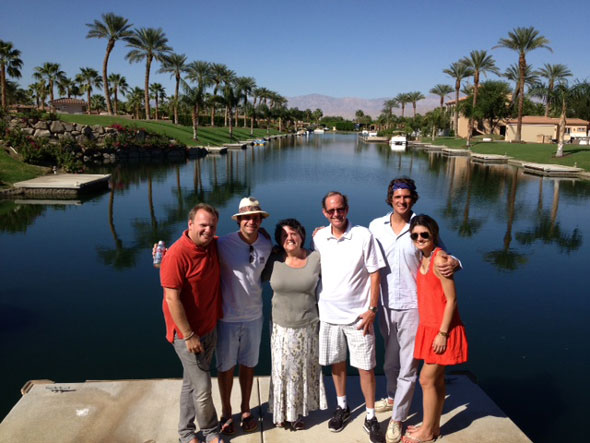 Palm Springs is about 30 miles from Indio. We only go there about once a month. Thursday night is a great night to visit Palm Springs as the main street is closed off to traffic for Village Fest (warning, their website has music) - a street fair with craft and food booths. Also, we wanted to see this: 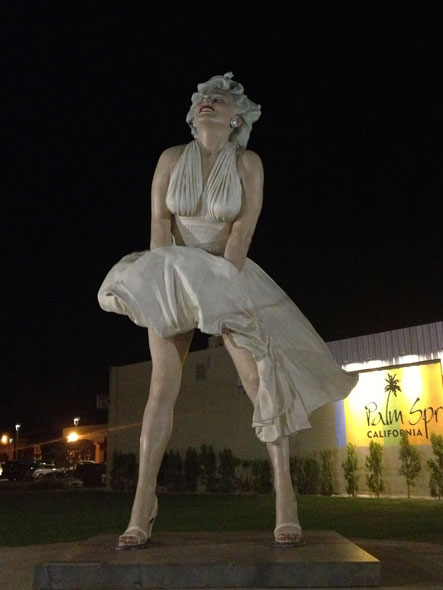 In May of 2012, a 26-foot tall statue of Marilyn Monroe, designed by Steward Johnson, was installed on a public square in downtown Palm Springs. The 34,000 pound Forever Marilyn will be on display through June 2013. 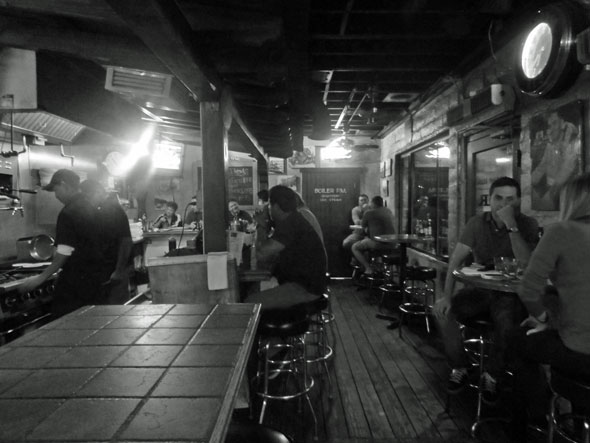 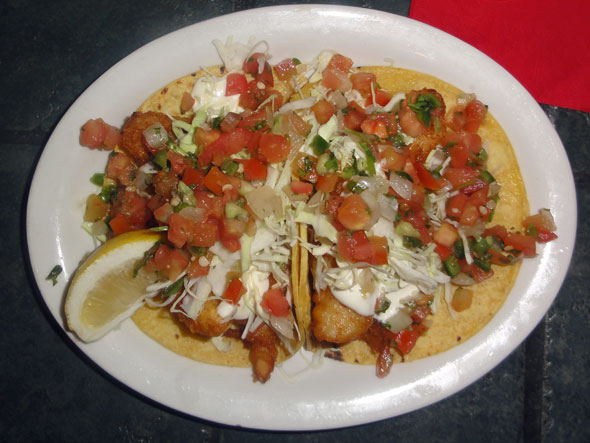 I ordered two tacos. Crispy battered cod, cabbage, crema and pico de gallo loaded with cilantro. They were really good fish tacos. (Ernie, I am very impressed. I could not finish even two tacos.) 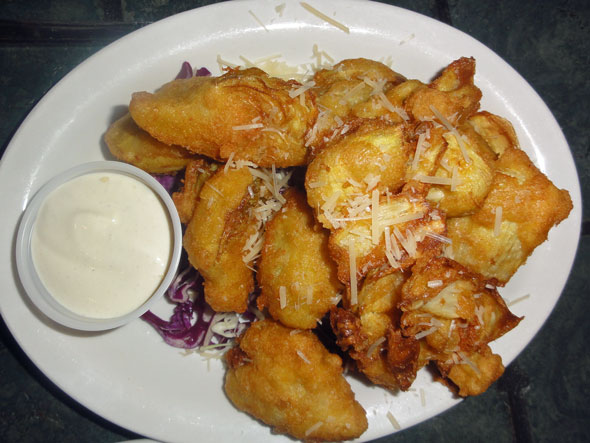 My Driver was smarter than me and cleverly ordered only one fish taco. Then, he ordered deep-fried artichoke hearts, served with aioli, $6.95. Shanghai Reds has an open kitchen situation. All the food was cooked in front of us. Everything was very fresh and flavorful. It was more like a "bar" scene than a "restaurant" scene and people were very friendly, especially the bartender, Mike.

Until my next update, I remain, your Palm Springs correspondent.