Hanging out with Reese in Los Angeles

Los Angeles, California: DT and Lisa moved a bookcase from Lisa's house to her office this afternoon. There was only room in her car for two people after it was loaded-up, so I was relegated to stay at Lisa's house and dog-sit Reese. 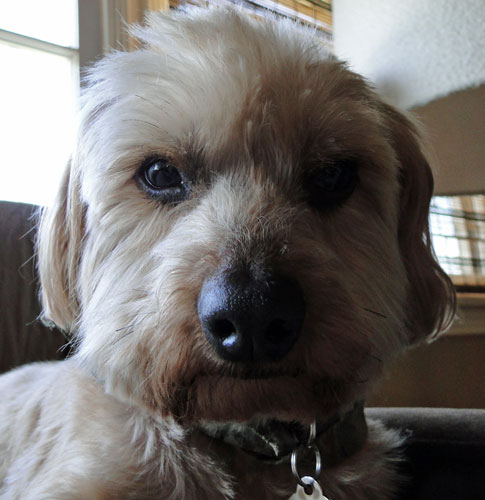 You again? Lady, I had to spend last weekend with you. Stop fussing over me. Stop taking photos of me!

Reese and I went for a walk around the neighborhood. Reese has his preferred route... I just let him lead me around. 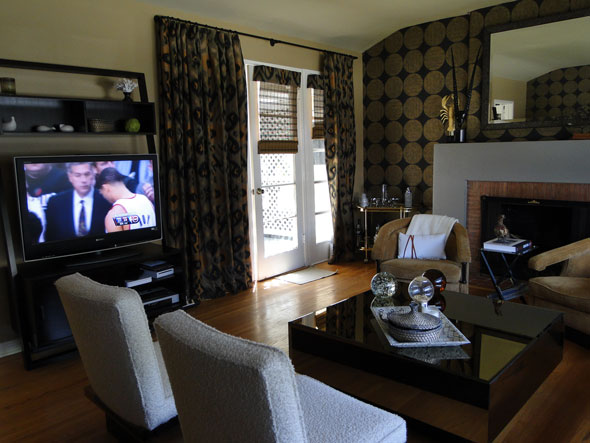 I watched the Portland Trailblazers beat the Phoenix Suns - with Reese on my lap - in Lisa's living room. 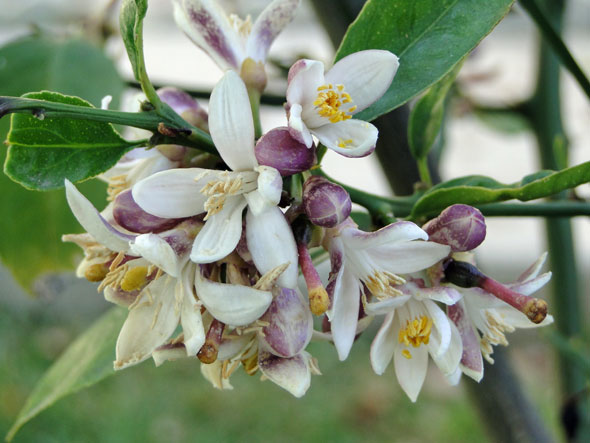 I spent time in Lisa's garden with Reese. Lisa planted a lemon tree last fall and the tree is now bursting with blossoms! 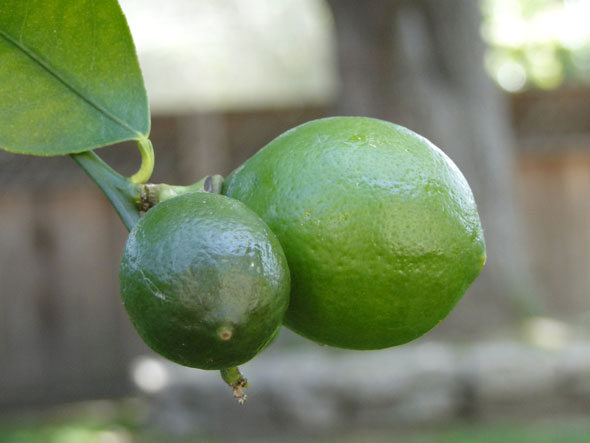 The tree has several lemons too! I know they look like limes... but the fruit will turn yellow later. 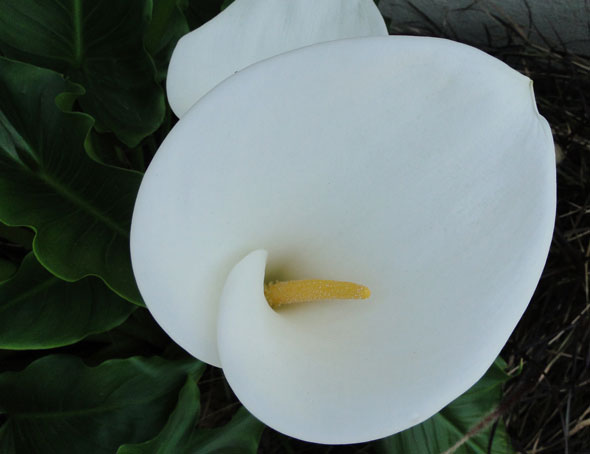 The calla lilies are also blooming in Lisa's garden! 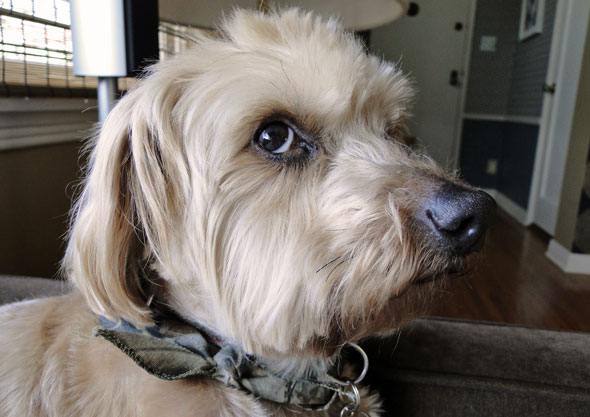 When is my Mom coming home?

One more thing... we really enjoyed the coverage today from the Penn Relays because we had a few personal connections. Dave's college teammate, Matt Centrowitz (head track coach at American University) did color commentary during the distance races on ESPN2 - and my college roommate, Kim Spir, was an official photographer at the meet. Kim emailed this very cool image of Usain Bolt: 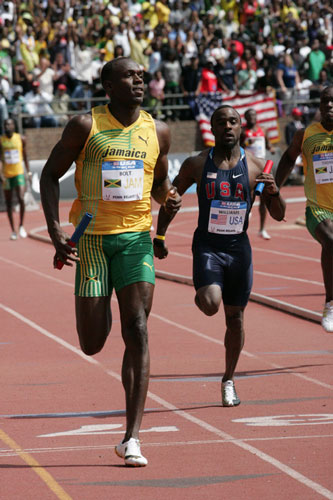 Lisa had to work tonight. Lisa is the publicist for this tour, so we had dinner with our "blonde daughter" - the Angelic Angela, Lisa's great friend - at our favorite restaurant in Los Angeles, Barbrix. Barbrix was recently named one of the top ten restaurants in Los Angeles, but Our Girl frequents Barbrix often enough we were able to secure a table on Saturday night! Barbrix is a tapas bar - all menu items are appetizer-sized. The chef is simply marvelous - the flavors are extraordinary - and because the portions are small, you can try so many items off the menu. 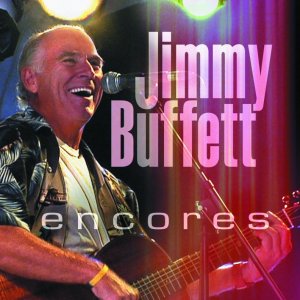 While we were at dinner, The Angelic Angela reached into her purse and handed me a CD. It was the new Jimmy Buffett Encores CD, released three days ago. Jimmy has made a deal with The Devil so this CD (of his solo encores from the past two years of his concerts) is available exclusively at The Wal-Mart. Angela knows my politics and knows I am not a big fan of The Wal-Mart. Angela also knew this CD was only available at The Wal-Mart. There are no The Wal-Marts in Los Angeles. (I know, I was really surprised about that too.)

Today, The Angelic Angela drove basically to Long Beach to find a The Wal-Mart to buy me this CD. How great is this girl?

Thing is, when Angela arrived to the Super Mega Store, no one could help her. She asked about the "new Jimmy Buffett CD, available exclusively to The Wal-Mart" and the dude took her to "Exclusive Only to The Wal-Mart section". The CD was not there, so the clerk took Angela over to the Jamie Fox CD section.

Angela told the guy she wanted the Jimmy Buffett CD. The guy asked her how to spell Buffett. Angela told him how to spell JIMMY BUFFETT. He took Angela back to the Jamie Fox section.

He said: Let me look it up on the computer.

Angela walked herownself over to the "B" section in the CD department and found the Jimmy Buffett Encore CD. (Angela has a degree from Tulane University and knows every single letter in the alphabet.)

Is this a good time to acquaint my readers with this website? (NOTE: this website is completely offensive in every way, except for the fact it shows real people shopping at The Wal-Mart. Do not let your children see this website.)

Until my next update from Los Angeles, I remain, your "we're going to Conan tomorrow night" correspondent.

« Leaving Only in Los Angeles »