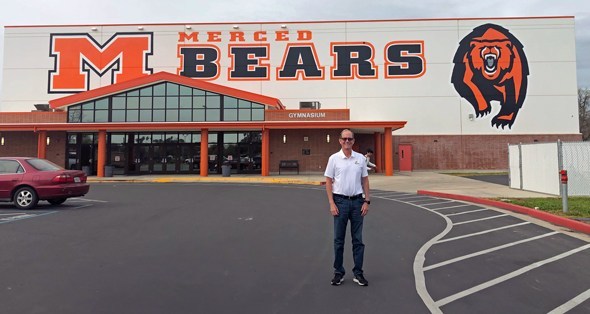 Merced, California: Merced High School held an open house (complete with donuts and coffee) at their new gym this morning and invited all the inductees to see the new structure and to witness the unveiling of the Hall of Fame Wall of Fame. 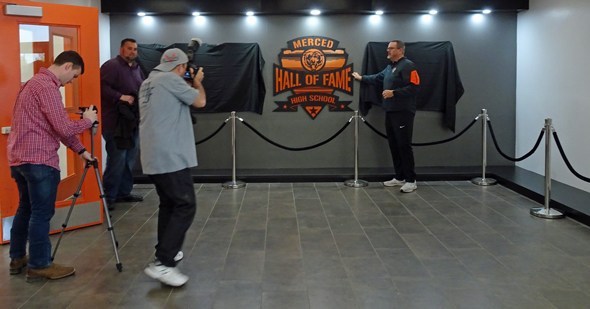 Athletic Director, Paul Hogue, shared the new Hall of Fame logo –
etched in steel – to the crowd of about 100 at the ceremony. 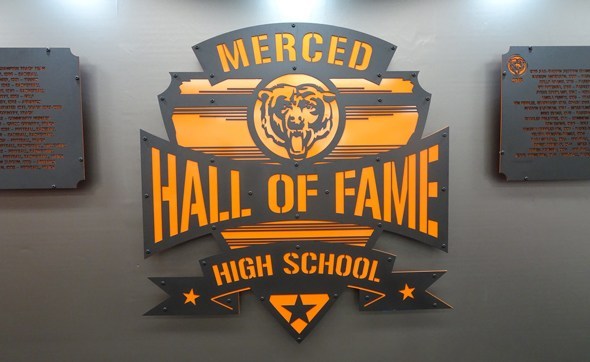 Left: DT was individually installed the first year of induction. His name is 4th from bottom – cross country & track. In the right photo, the 1971-72 cross country teams are honored in the first row. 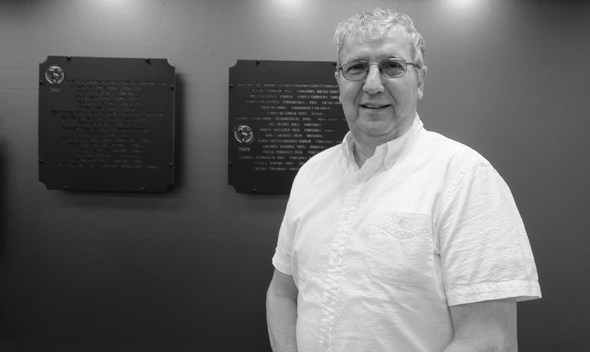 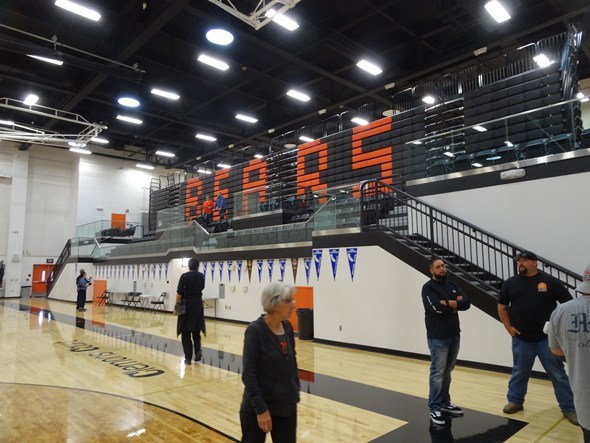 Then we had a tour of the new basketball court
and the fabulous training/weight facilities.

After seeing the new gym, we were escorted to the old gym – the gym Dave and his teammates remembered from their time at Merced High… except they could not begin the recognize the space. Merced defensive coordinator, Steve Di Salvo, made it his mission to locate photos of past stellar athletes from Merced and wrap their images around the weight room. Merced has so many students who have become professional NFL, MLB and NBA players. Who knew! Also represented were so many past students with stellar college careers. 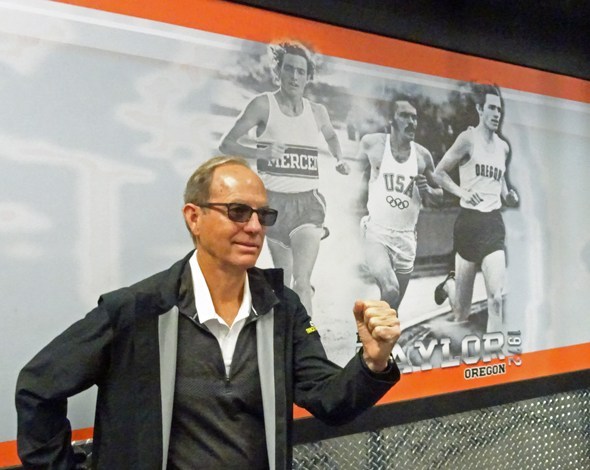 Dave poses in front of his “wall of fame” surrounding the Merced High weight room. 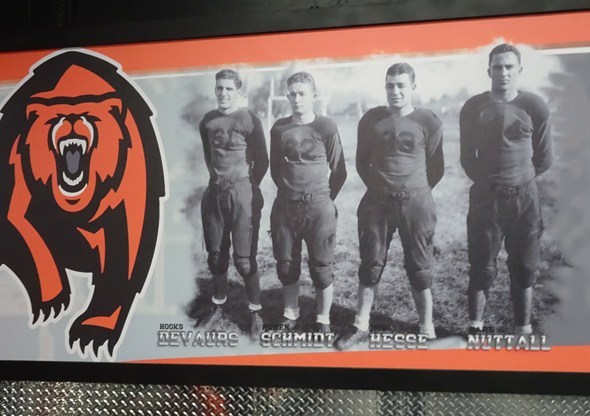 Two Ducks! Claudia Eaton played basketball two years (1978-79) for the Ducks before transferring to Howard University. Though they missed each other by one year, Dave and Claudia had a great time comparing stories. How fun was this discovery!

Coach Di Salvo says the students are so inspired when working out, viewing the photos of past students who have gone on to athletic success.

After the tour, Dave and I said goodbye to his teammates, coaches, and family. We drove to Los Angeles, met the kids for ice cream, and we all spent the evening watching the Ducks beat the Anteaters to move on to the Sweet 16!

Until my next update, I remain, your GO BEARS correspondent.