Indio, California: We woke to stormy skies and wind, and were so surprised after the perfect weather we had been enjoying the past several days. Lisa and I wanted mani-pedis, so took Leo and Lucy with us to the nail salon while the guys worked out. 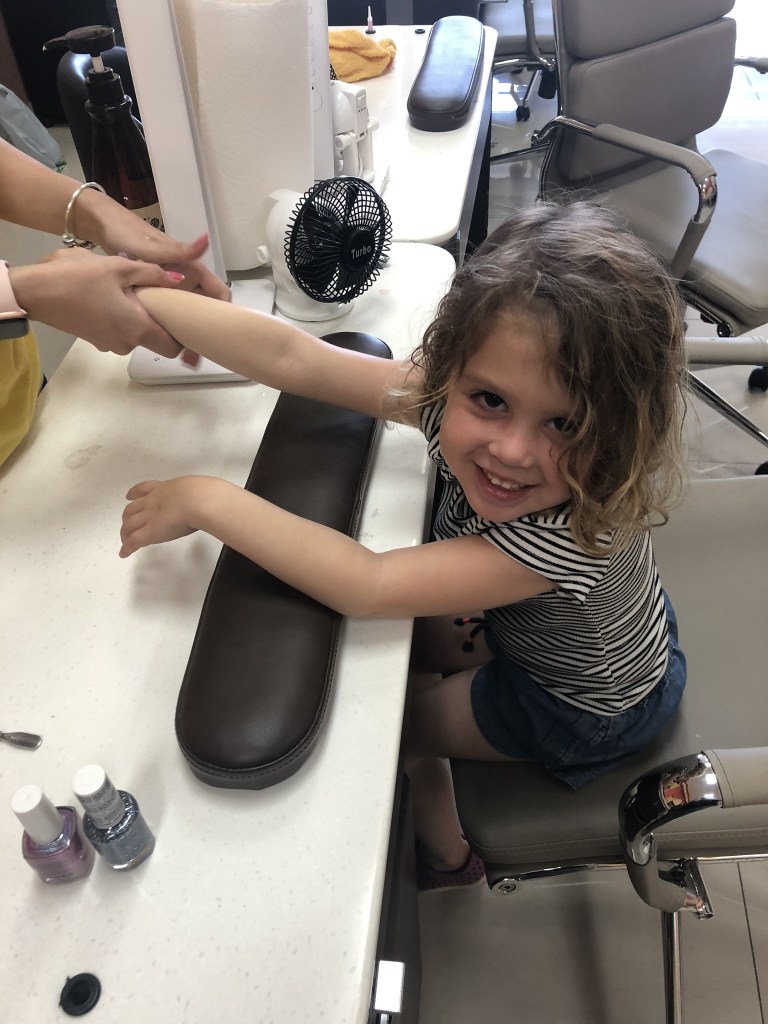 Lucy alternated between pink and lilac shades on every-other nail… as one does.

Leo had a manicure and his nails were buffed, then kept himself busy playing with all the buttons on the massage chair. By the time our pampering was over, the wind had calmed, the sun was shining, and it was time to meet Dave and Lenny for tacos at Tacos Gonzalez.

Returning to the Motorcoach Country Club, we drove around in the golf cart to see what was happening during the first-ever Motorcoach Country Club yard sale. (No garages here.) Most everyone is getting ready to leave for the season (if they haven’t left already), and this would be the perfect time to sell, swap, or give-away items no longer needed. Campers were selling everything from kayaks to costume jewelry. Golf carts. BBQ grills. Clothing. Spare parts. Folding bikes. Patio furniture. Appliances. Dishes. Wine glasses. Junk and good stuff. 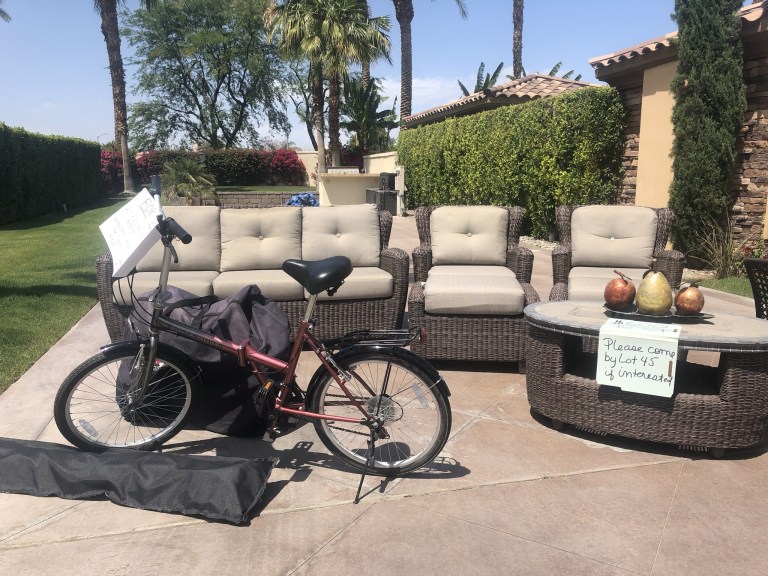 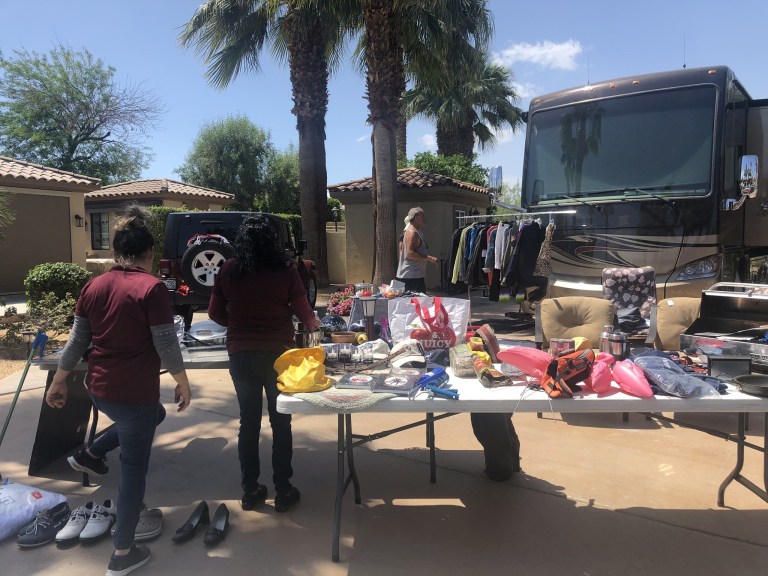 A little bit of everything – including pink flamingos 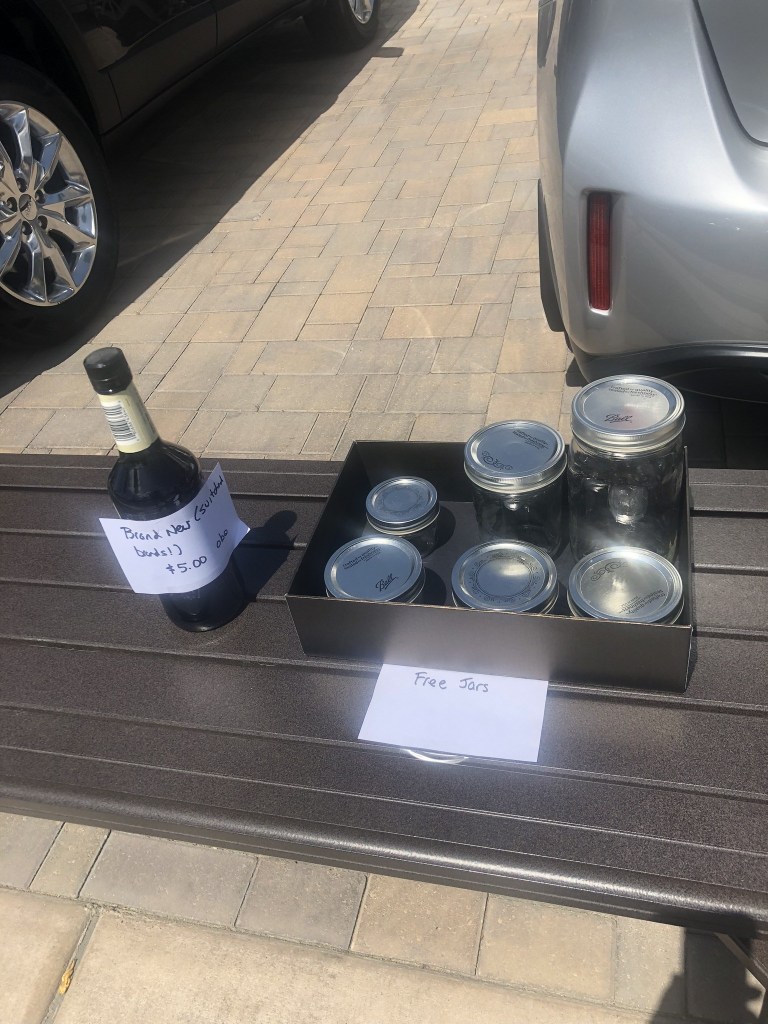 I am such a minimalist in our bus, we hadn’t much to purge. DT ended up selling the rye for $1 (just because the guy wouldn’t take it gratis… I switched to Bulliet Rye last year). My jar situation was getting out of control… so we gave a few extras to a good home.

Unfortunately, we had Leo and Lucy in the golf cart with us and everyone tried and tried and tried to give them stuff. Rings. Necklaces. We kept saying no… until Melanie (she reads this blog!) literally chased after the kids with folding paper fans from Japan. Thank you, Melanie.

After checking out the emporiums, the kids spent several hours at the pool with Haley and Emily.

Lucy dressed for dinner out, and “posed” in front of my prolific herb garden. The kids have been snipping/chewing mint leaves from the herb pot all week, thinking this is the best-thing-ever. 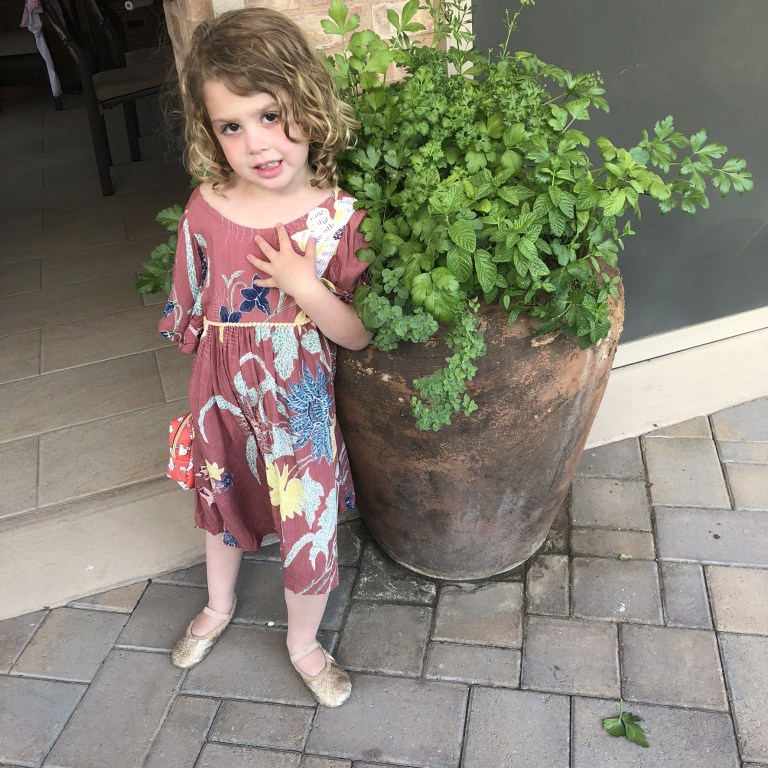 We went back to the Italian singing-waiter place in Indian Wells we visited last year, Cafe Italia. The food is decent, but tonight they only had two singing servers so the vocal choices were a bit limited. Leo and Lucy were still enchanted, so that makes it all worthwhile. Again, s’mores were made after dinner.

Until my next update, I remain, your sold-out correspondent.