Indio, California: I've been working on a RV-friendly focaccia recipe for about three months. I wanted a dough that would require no kneading and rise in a baking dish in the refrigerator while we were 1) driving in the RV or 2) driving on a golf course. In other words - something super easy.

My efforts did not pan-out... or to put it honestly, my efforts would not come out of the pan! While the experiments have been tasty, they have also been ugly.

So I compromised. I made a dough and let it bubble all day in the fridge and simply turned it out to rise a bit more on a parchment-paper lined baking sheet... while DT and I enjoy a glass of wine (or two) on our patio. 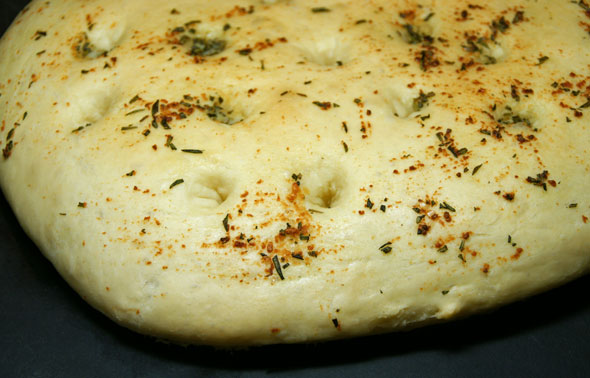 The results have been very good and I think you will find having a freshly-baked loaf of RV Focaccia on the table is well worth the 42.7 seconds it takes to prepare this loaf. Even if you are not in your RV, mix the dough before heading off to work and bake the focaccia when you get home. 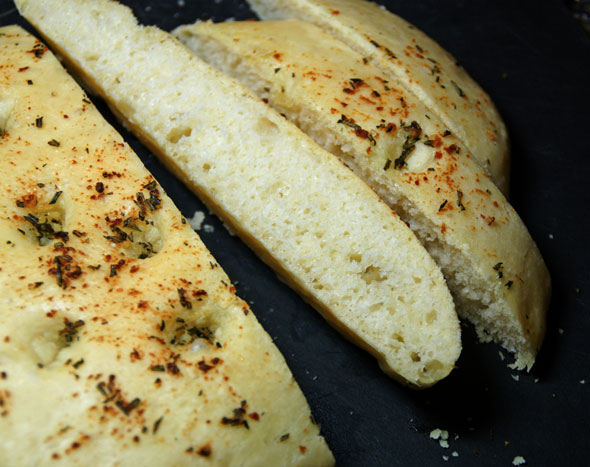 There are few things more inviting than sitting down to a meal with a freshly baked loaf of bread on the table. 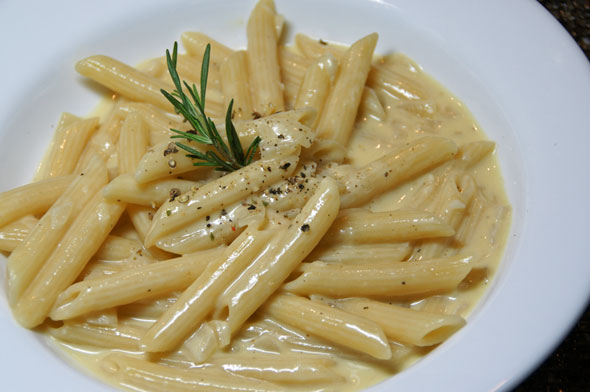 Doesn't this look like Penne Alfredo? It isn't. Last night I made Pasta Risotto from a recipe by Dorie Greenspan in the Wall Street Journal. (Doesn't everyone get their recipe ideas in the WSJ?)

The premise of this (French, not Italian) recipe is to cook pasta in stock until most of the liquid is absorbed/evaporated and then finish-off the dish as you would risotto - with cream and cheese.

So was my version still Dorie Greenspan's recipe? I don't know, but it was still scrumptious. How could it not be - boiling pasta in stock will certainly yield a flavorful deliciousness. I will definitely make Pasta Risotto again. The flavor was outstanding - much more rich and savory than you could imagine with such a small amount of cream and cheese. I found the recipe measurements a bit strange. Three and 3/4 cups of broth? Seriously? Stock comes in one quart packages. Maybe use the entire 4 cups and toss-in a few more noodles?

Don't even get me started on 3½ Tablespoons of mascarpone.

Until my next update, I remain, your experimental correspondent.