Eugene, Oregon: And then there were eight. I'm telling you, it is tough to be a duckling these days.

DT and I were back to Historic Hayward Field for the final day of the 2011 USATF Championships. The competition was fast and furious this afternoon and the weather was spectacular! 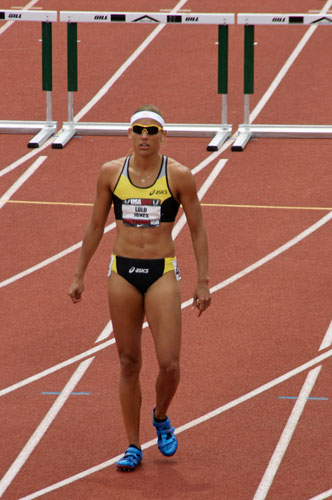 One of my favorite athletes, former world champion Lolo Jones, did not make it out of the heats in the 100m hurdles! After her race, Ms. Jones tweeted that she felt "gutted". 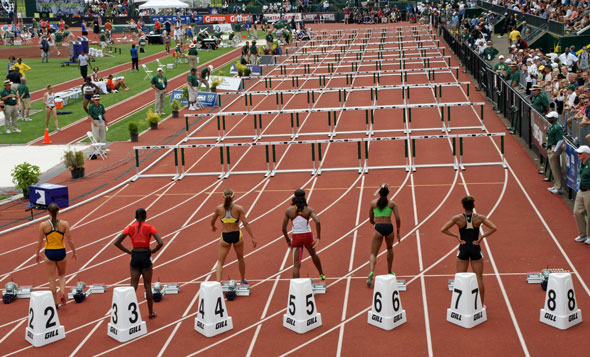 It must be super scary to have to stare-down ten rows of hurdles. But Lolo's failure to advance brought up a trend to this meet: youth. So many of the champions this year are still in (or just graduated) college. 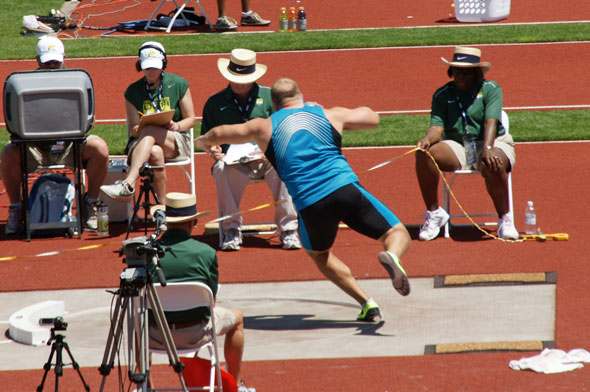 With many notable exceptions, of course. 36 year-old Adam Nelson won the shot put. Seriously, it is difficult for me to remember a time when Adam Nelson wasn't competing. 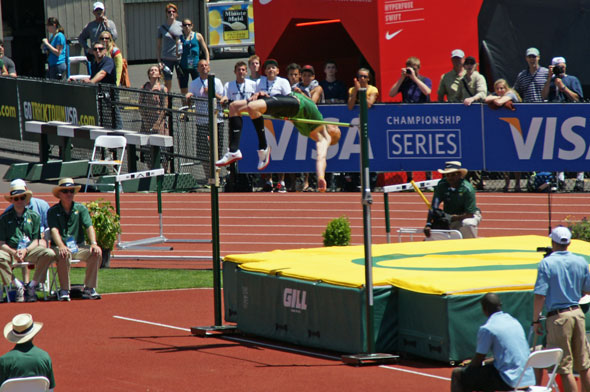 Jesse Williams (Oregon Track Club Elite) won the high jump with a leap of 7 feet, 9.25 inches. This is the highest any athlete has jumped this year - which must be a huge confidence-booster heading in the World Track & Field Championships in August. 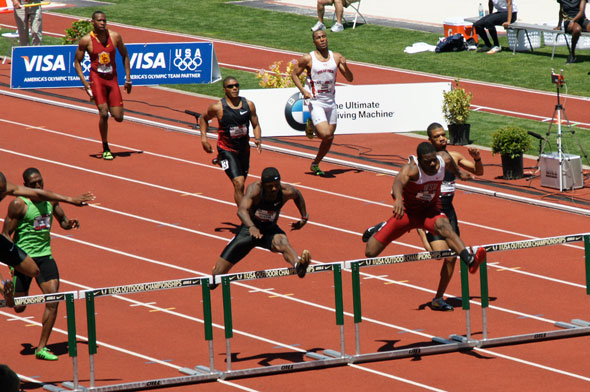 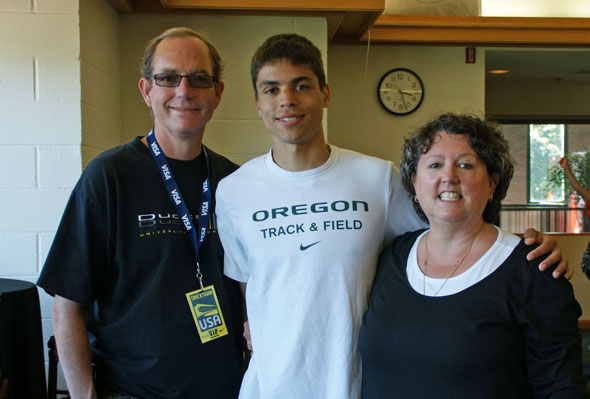 But my favorite still-in-college US Champion, is (duh) 1500m winner Matthew Centrowitz! He came by to say hi to this old lady and DT this afternoon after the races had finished.

Personal side note: DT and I were honored tonight be included to a "Send Off" party for Michael Reilly. Michael has been the "behind the scenes" organizer for every track and field event held at Hayward Field for the past several years. Michael was instrumental in the success of the 2008 Olympic Trials. Unfortunately for the University of Oregon, Reilly's expertise did not go unnoticed and he will now head off to London to help organize the 2012 Olympic Games. As sad as DT (and I) are to see Michael go, we couldn't be happier for him. This opportunity is a once-in-a-life-time situation and you can all relax knowing the 2012 Olympics will run smoothly with Mr. Reilly at the helm.

Thank you, Michael. You will be missed.

Until my next update, I remain, your mixed-emotioned correspondent.
« A Great Day at the Races Catching Up »