A Great Day at the Races

Eugene, Oregon: I am sad to report the Mama Duck is down to nine babies this morning. Not sure what goes on around here, but there was a distinct skunk odor this evening...

Back at the track, Day Three of the USATF National Championships continued choosing the team to represent the US at the World Track & Field Championships in Korea in August. Several Ducks/Duck alums were in races today, so it was a very exciting day. Mary - who had fabulous seats in the stadium this afternoon - is our guest photographer. Thanks, Mary! 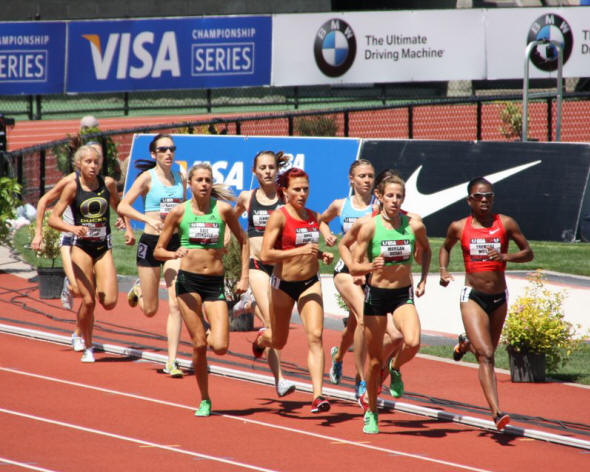 Oregon sophomore, Jordan Hasay, had a tough end to her season. Jordan finished 9th in a loaded field behind Morgan Ucency, Jennifer Simpson and Shannon Rowbury. 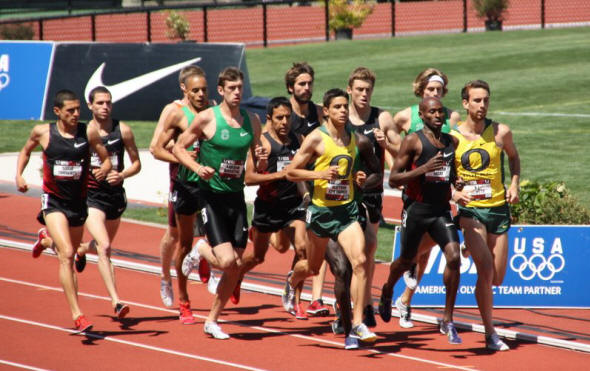 But one little duckling will be packing his bags! Matthew Centrowitz (Duck on left) WON the 1500m! Not only did he WIN, he ran down World and Olympic Champion Bernard Lagat to cross the tape first! 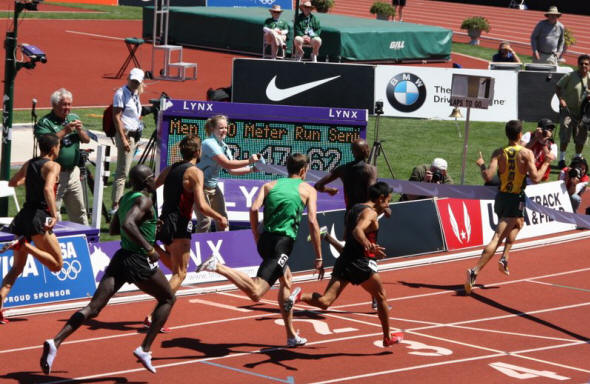 Andy was devastated at not making the team, but Lagat had already won the 5000m and Lagat immediately decided he did not want to run two races in Korea and chose the 5000m. Andy Wheating was moved up and will go to Korea!  Blessed. 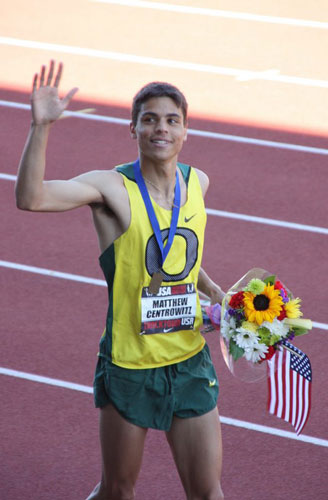 Imagine being the US Champion at the ripe old age of 21?! We are so proud and so excited for Matthew and we are so excited to see what the future holds for this great young man.

After the "grown-ups" raced today, there was an event in the evening for high school athletes from across the country - NIKE Track Nationals. Fans were encouraged to come down to the track for the final two races - the mile! 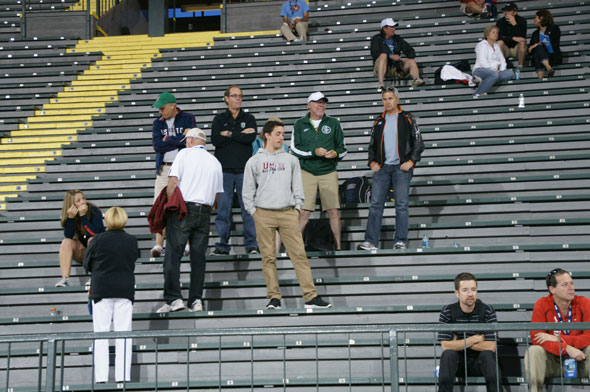 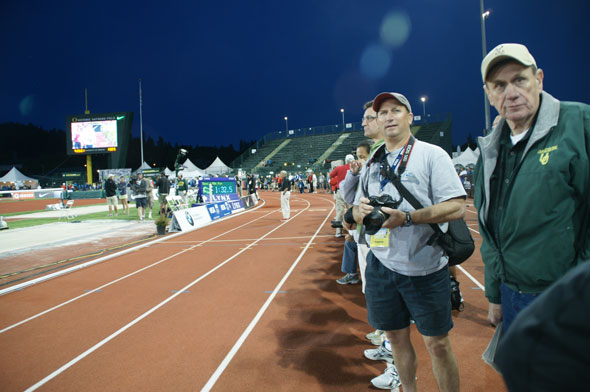 ... but the track was lined with cheering fans, coaches and parents. 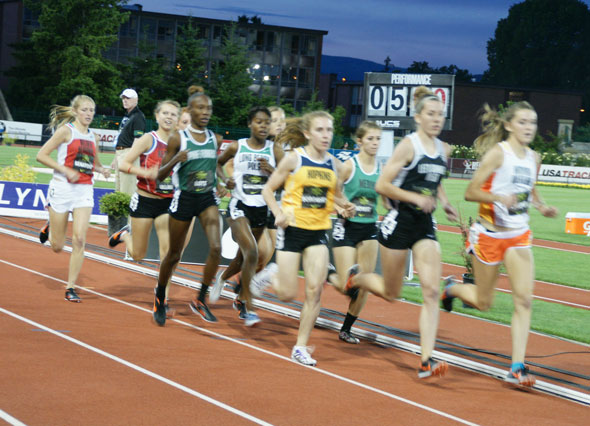 It is fantastic to watch the racers up this close. I did not have time (or my reading glasses) to adjust my camera, so remember... this photo is not blurry - it is "artsy". 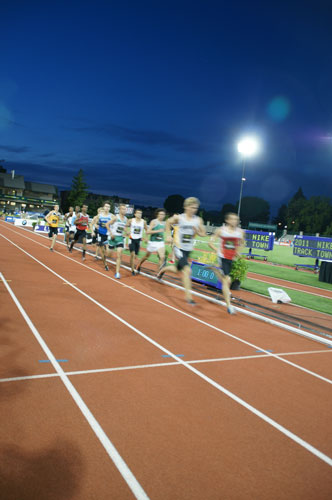 This photo of the boy's mile is super artsy. It was a beautiful evening at Hayward Field! The kids are so excited to race here and the winners had an extra-special treat: 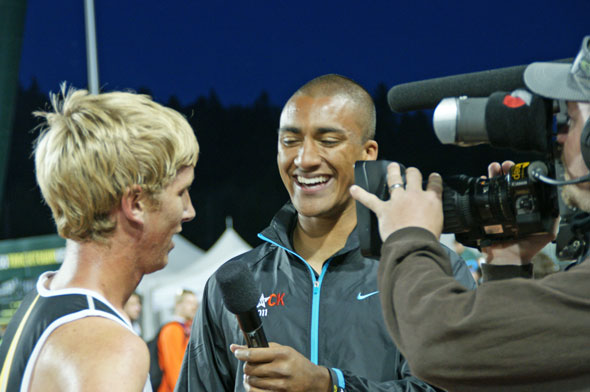 Ashton Eaton was the post-race television interviewer! Another great day of track & field from Eugene.

Until my next update, I remain, your proud correspondent.
« All Ashton, All The Time Fountain of Youth »