Indio, California:  A restless windy night. I lost about $200 (pretend) dollars playing solitaire between four and five o'clock this morning, while our bus was rocking in the wind. (It is possible to become seasick in a stationary RV.) We even received a few sprinkles early in the morning and our scheduled RV wash was cancelled due to the weather. The wind died-down in the morning and it was the perfect weather to jog around the resort, making a fool out of yourself. That's okay. At least I was out there, putting one chubby foot in front of the other.

This morning I had an email saying Phil Mickelson was spotted at an Augusta Krispy Kreme Doughnut drive-through window today - with his kids - wearing his green jacket. 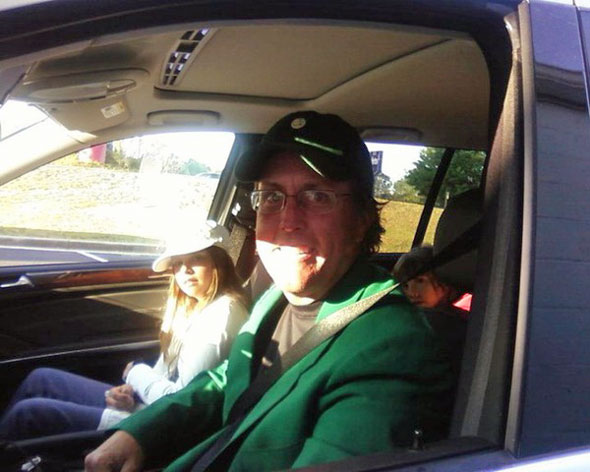 Classy! Love it! Congratulations, Phil, on a great victory!

There are so many flowers blooming around the RV resort. I am not kidding you - as I jog around the joint, I am continually amazed at the glorious colors! The landscaping is lush and lovely! 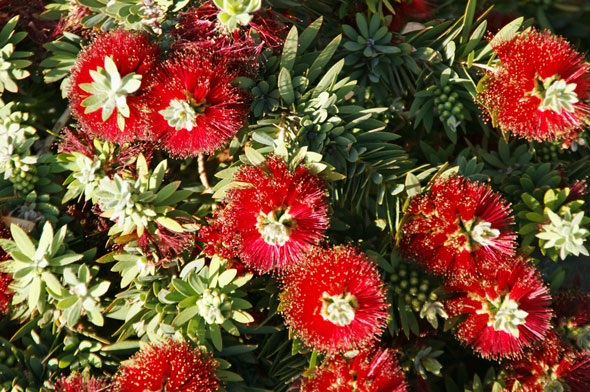 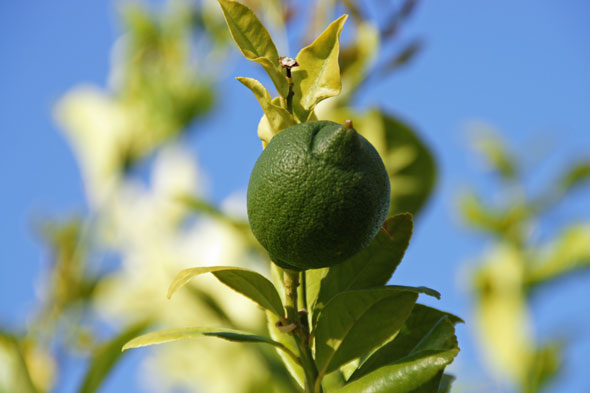 I need no help deciphering this plant species. In a few days it will be gracing my margarita. 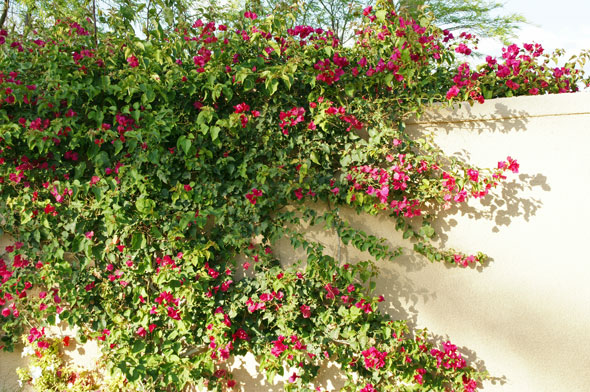 Bougainvillea grows all over the Coachella Valley. The papery blooms are so pretty. But I just love pink. When we lived in Manila, Philippines, the balcony outside our apartment was crawling with gorgeous ever-blooming Bougainvillea! 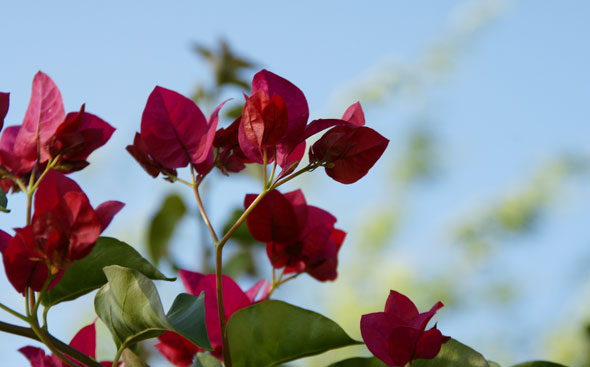 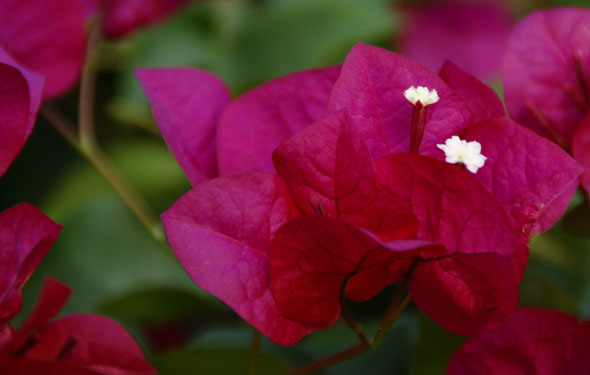 Speaking of pink flowers - are the roses blooming at your house yet?

I didn't think so. 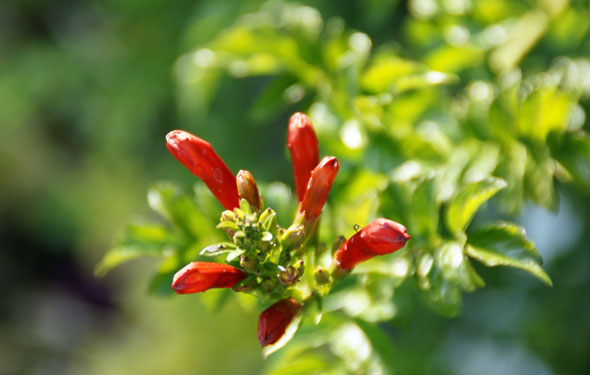 I have no idea what this is, but the plant is in full blossom all over the resort. 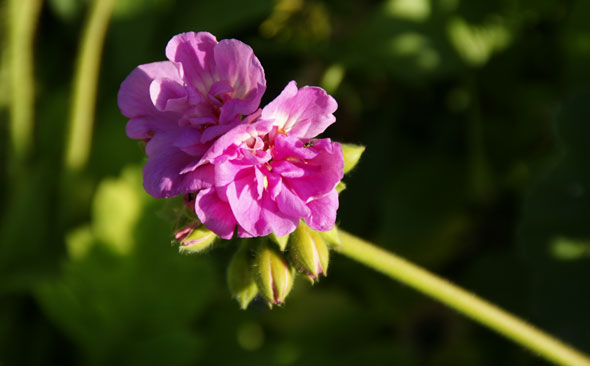 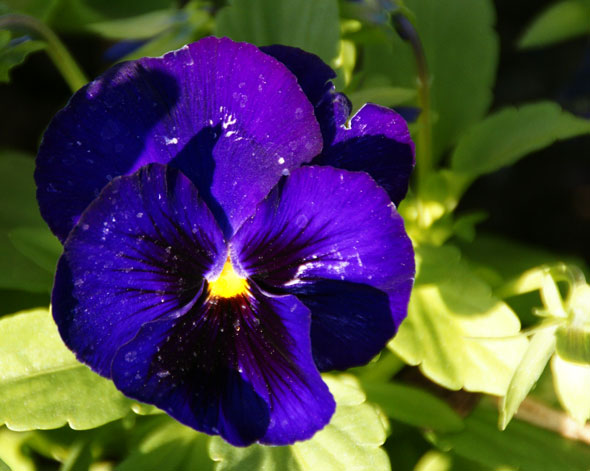 Are these photos making you anxious to get out in the garden? 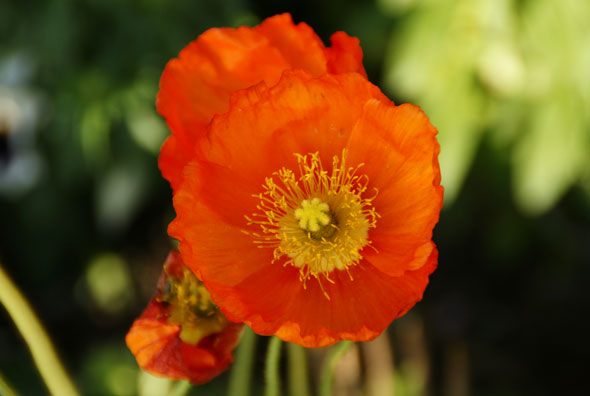 The only class DT and I ever had together at the University of Oregon was "Identifying Flowering Plants". We took it pass/no pass. We both passed. 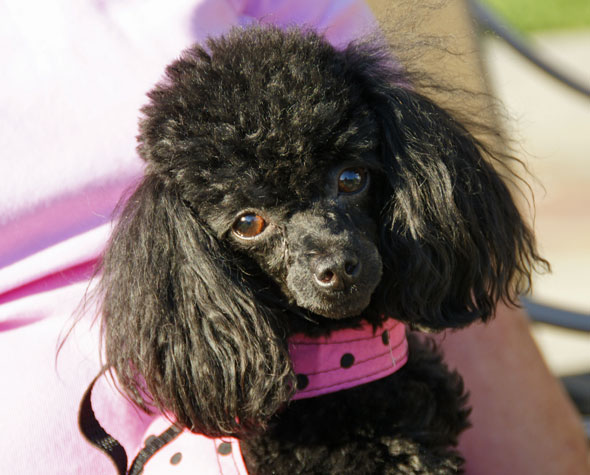 Our Fellow Ducks stopped by again tonight as we were enjoying a glass of wine on our windy patio. 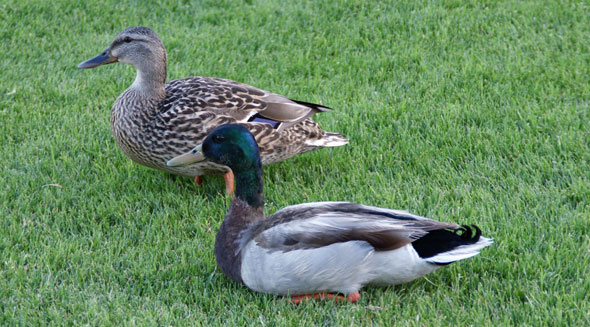 Mr. Duck is quite attractive, but who knew he had this pretty blue/purple feather thing going-on under his wing? 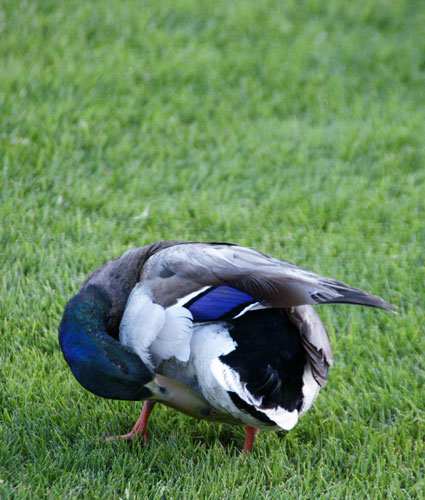 Mrs. Duck looks a bit drab compared to her prettily-plumed husband... but she has a bright spot herself: 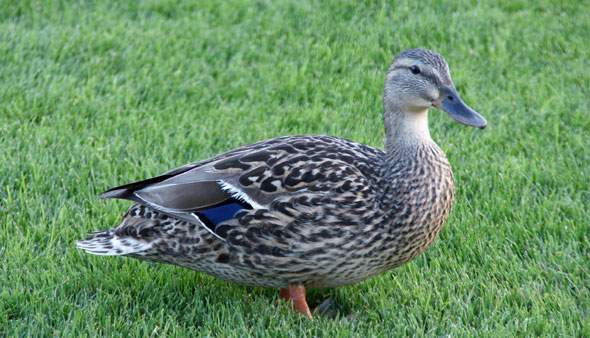 Tomorrow we golf! Until my next update, I remain, your flowery correspondent.