Las Vegas, Nevada: Dave left the motorhome this morning before I cracked an eyelid. The last session of the Trustee Meetings concluded at noon. While he was away this morning, I tidied the motorhome, packed my case, and went to our Weekly Wednesday Posse Luncheon at the Club House. By the time I returned from a fun meal with our friends, My Driver had returned from his meetings, packed his bag, and was out on a bike ride. We were on the road to Las Vegas by two o'clock.

The drive from Palm Springs to Las Vegas is just over four hours. This time, we drove the major freeways and found few delays. The speed limit is 70mph over much of the route... though I think I noticed My Jeep traveling a bit faster much of the time.

I booked our hotel months ago and am happy because this weekend is a complete sell-out in Las Vegas. Not only is the city hosting four basketball tournaments, a NASCAR race and a massive construction equipment show, CONEXPO is happening this week. Hotel rooms are at a premium. 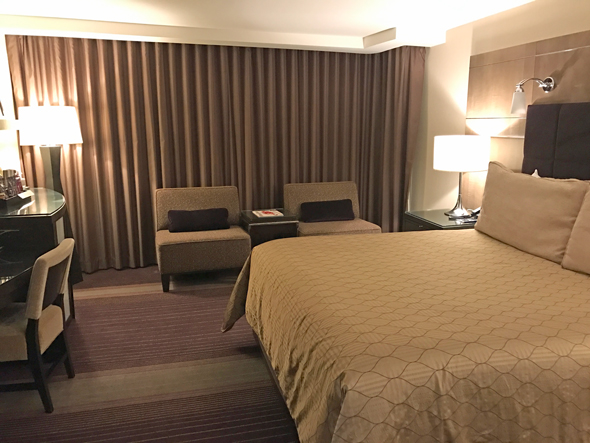 Our room at the Aria is nice, roomy, and has a view of the strip. We are staying here only because it is close to the new T-Mobile Arena which is hosting the Pac-12 Basketball Tournament. It is only dumb-luck that has us so close to the arena, since Dave currently relies on a cane since his meniscus repair surgery.

After checking in, we walked around the hotel/casino and had a pizza at FIVE50. The establishment is casual, but nice. Huge wood-fired pizza ovens churn-out bubbly charred pies. 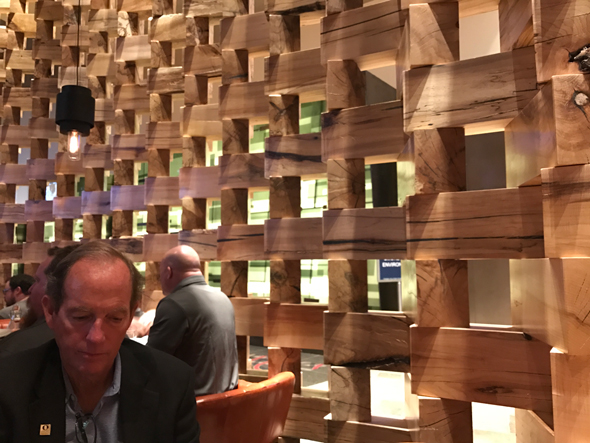 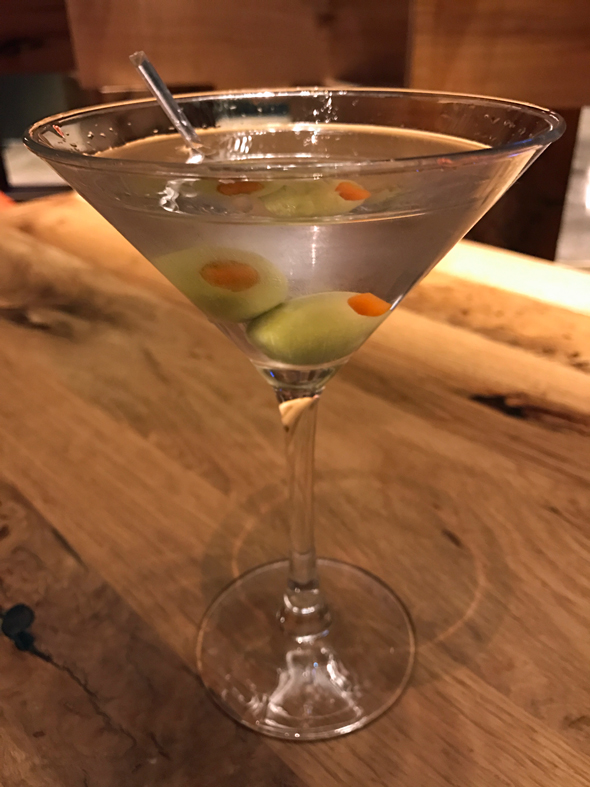 I was ready for this icy cold libation. 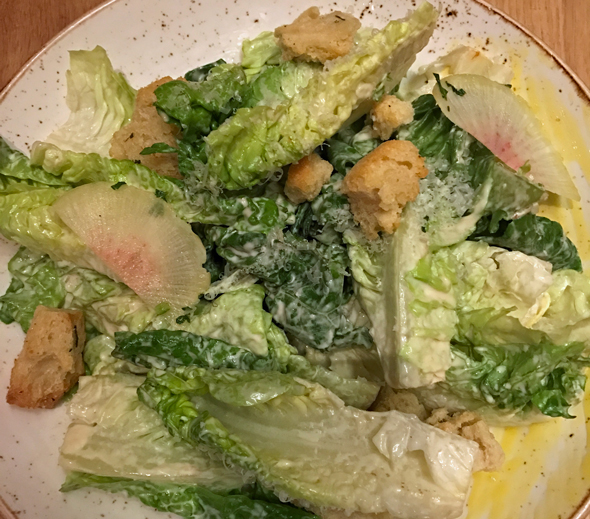 Dave and I split a Little Gem Caesar with Watermelon Radish. 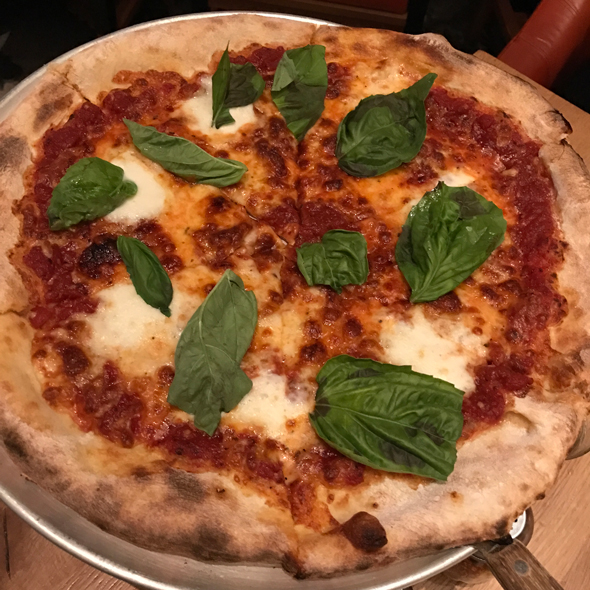 Next, we split a Pizza Margherita. Not only is this simple pizza our long-time favorite, but it was also the only pizza on the menu that did not contain pork or shellfish. (Really?)

After dinner, we took a cruise through the Jean Philippe Patisserie, on the main level of the hotel. We only looked. Did not buy. Tonight's recon mission may forecast a future purchase. Our Leo loves chocolate. Loves.

I have no idea where he gets this devotion. 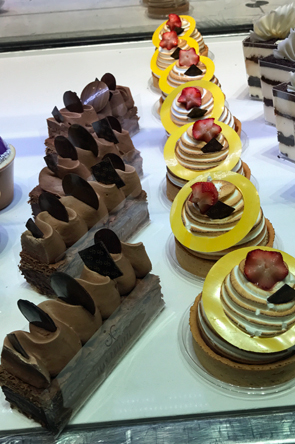 A very nice evening after a very long drive. We will rest and re-set and be to the T-Mobile Arena at noon (pacific) tomorrow when the Fighting Ducks face the Arizona State Sun Devils. Be there. Pac-12 Network.

Until my next update, I remain, your Las Vegas correspondent.
« Back in the Saddle Oregon Advances »