Sunriver, Oregon: No more rain. Only sunny skies, so today we hired a rubber raft and floated the Deschutes River. We put-in at the Sunriver Marina, and six miles later (it took us about three hours), we reached a take-out beach where Sunriver Marina staff were waiting to haul us (and our raft) back to the marina. Dave, Lisa and I have floated this little stretch of river in the resort many times, so it was nice to share the experience with Lenny and the kids. 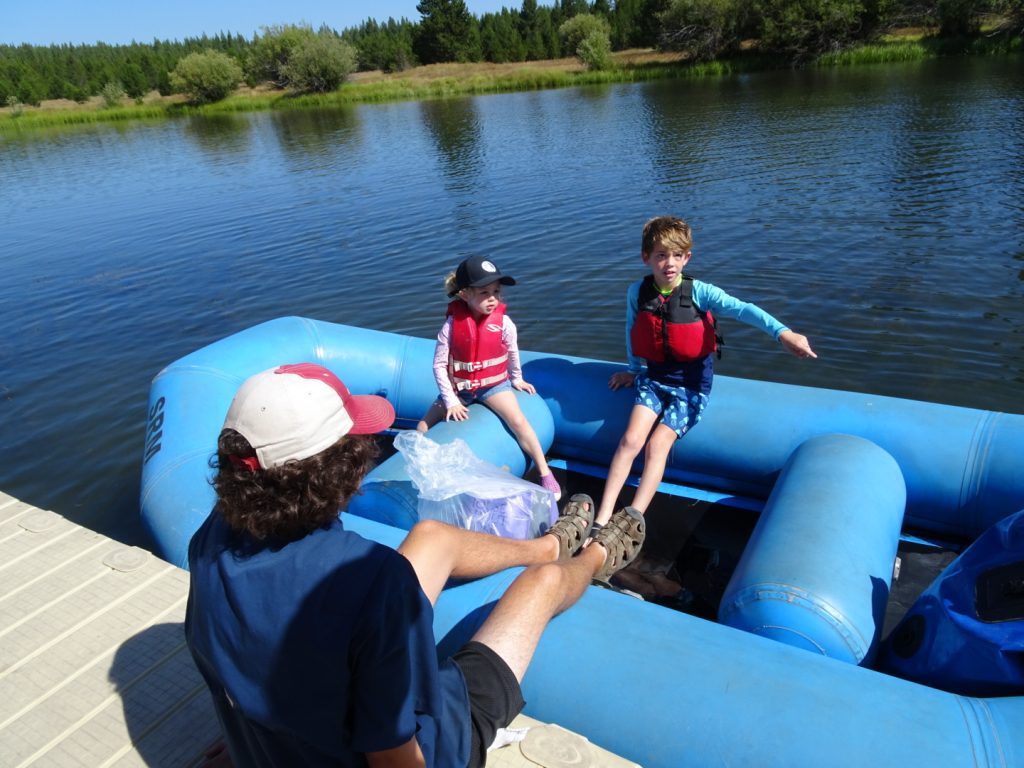 We were each outfitted with life vests, they gave us a few oars, and we were off, with Lenny at the helm. 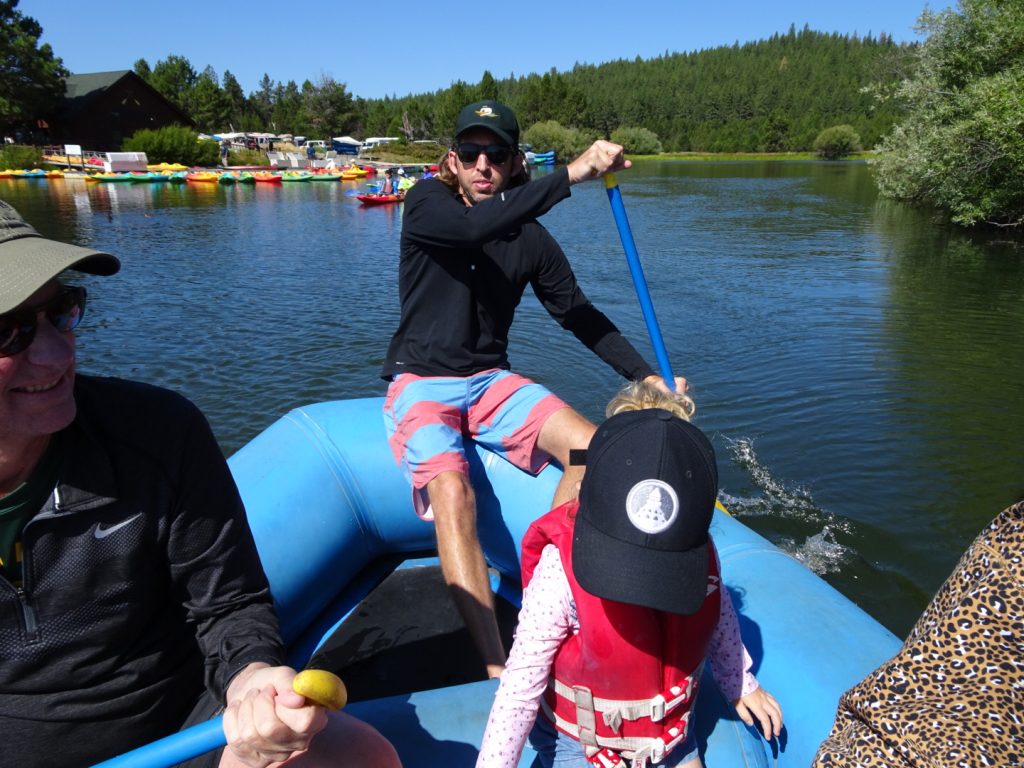 We were just leaving the marina and entering the river, when a snake swam directly toward our boat (on his way to the other side of the inlet). Lenny just hates hates hates snakes, and this was not a good start to our day on the water. 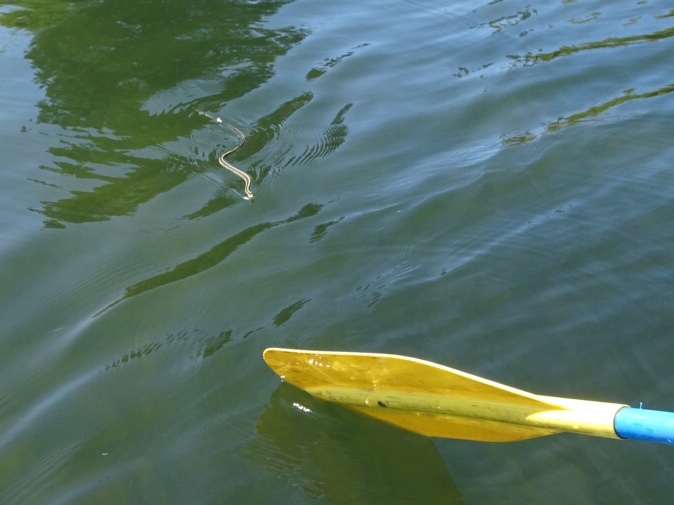 Whew! We all survived the snake attack, and were happy to see the little slitherer disappear into the reeds on the other side of the boat. Then we entered the Deschutes River and began our float.

The weather was just perfect, warm and sunny. No wind. The water, however, is about 52 degrees this time of year. Dave told Leo about the time he jumped out of the raft (with a life vest) and floated along-side a raft for several miles. Dave didn’t mention the weather that long-ago day was nearing 100 degrees. Leo was so anxious to jump in the river, but we made him wait until we had our belongings situated and the maneuvering under control. The scenery along this stretch of the river is just stunning. 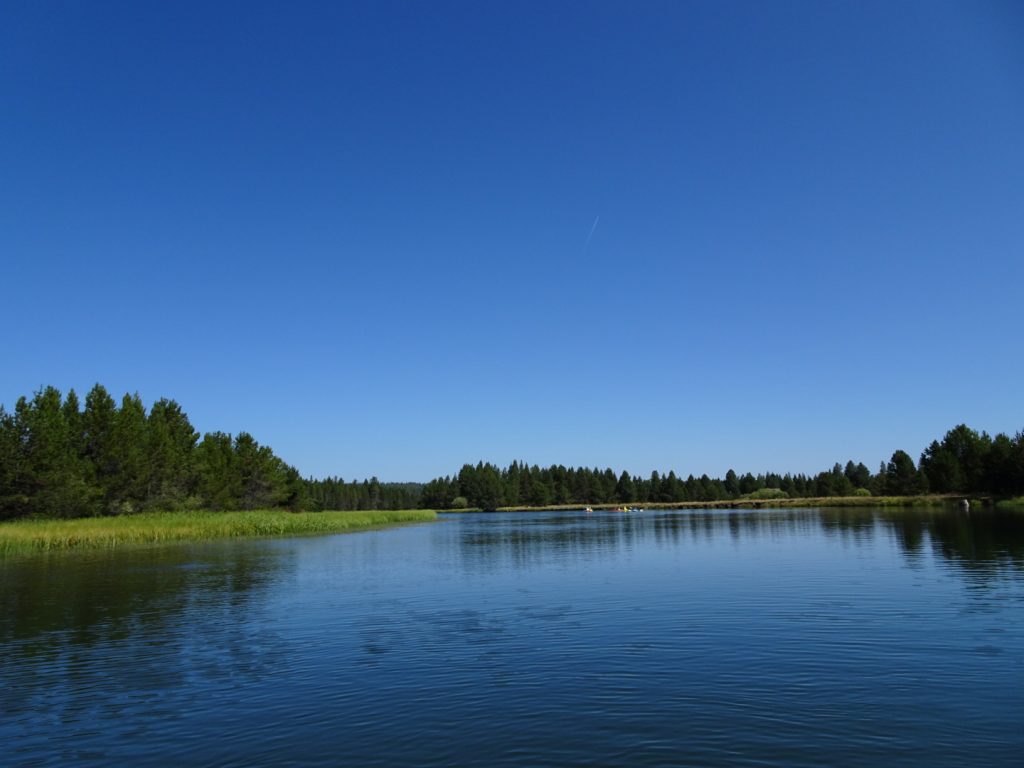 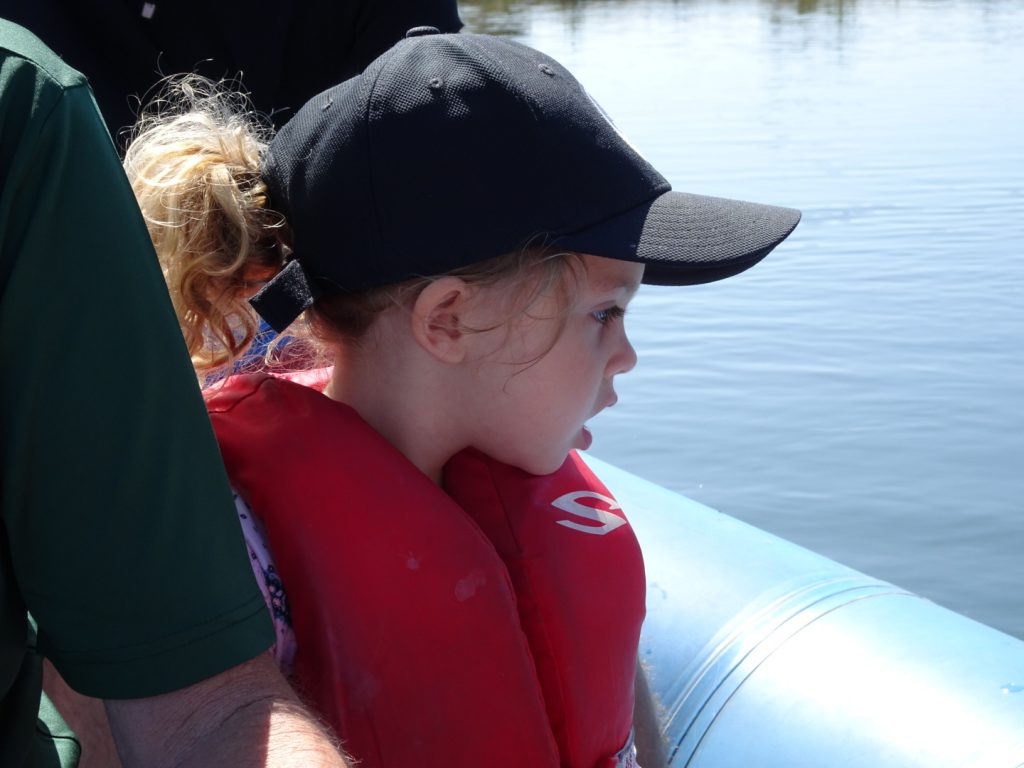 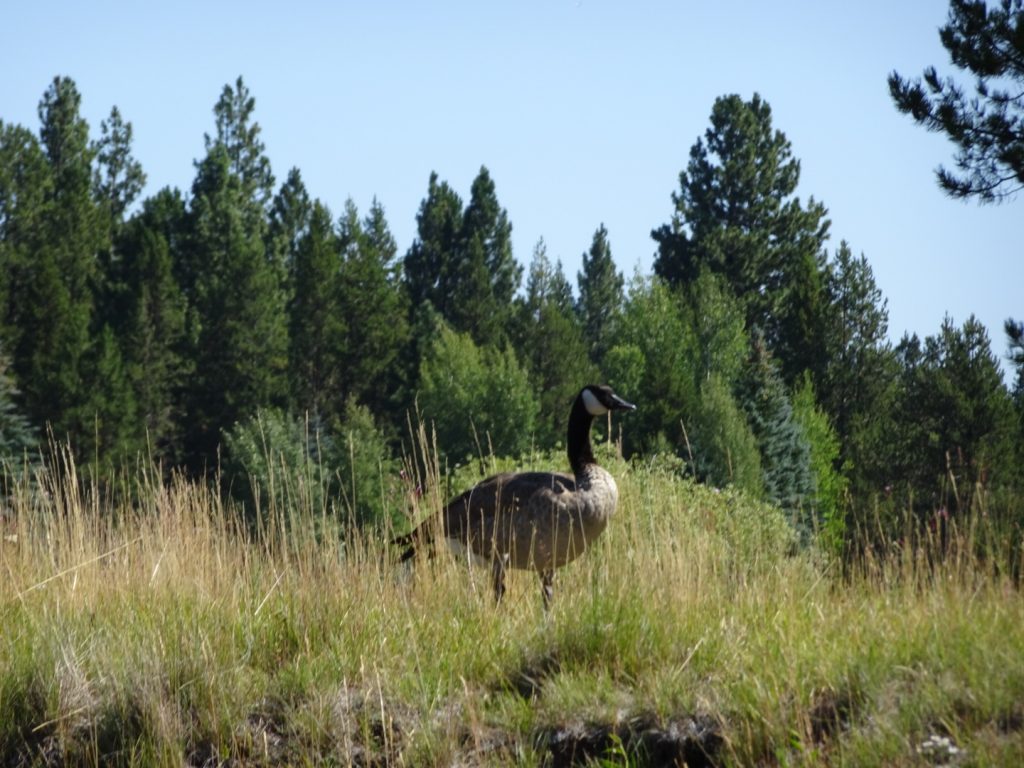 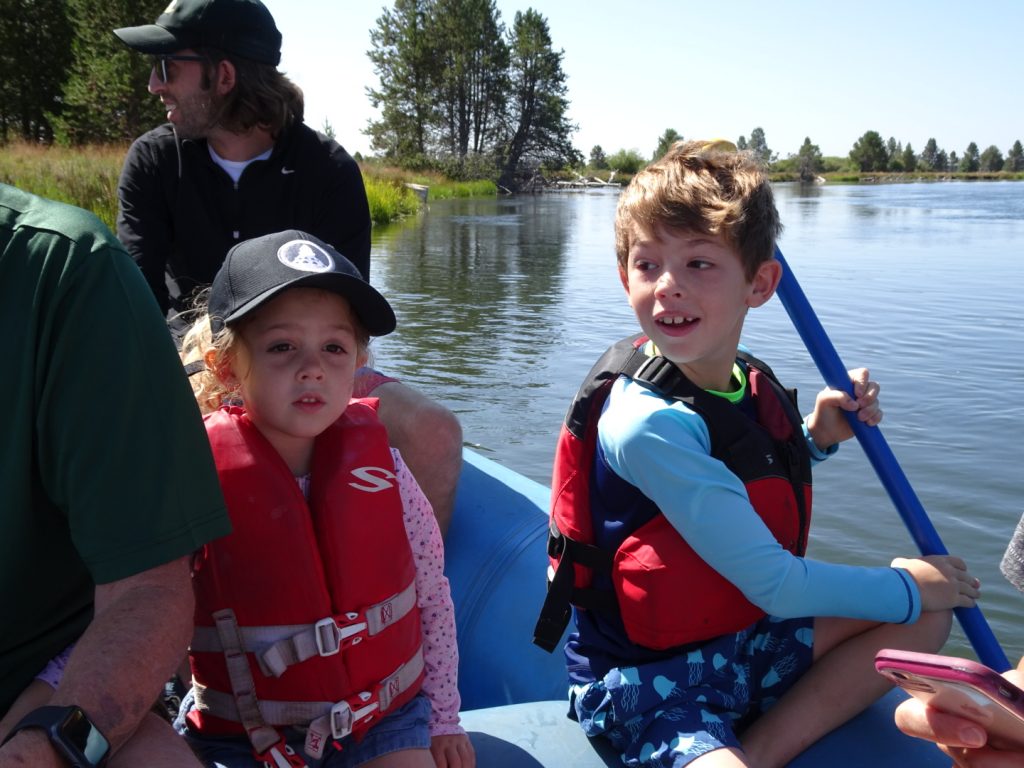 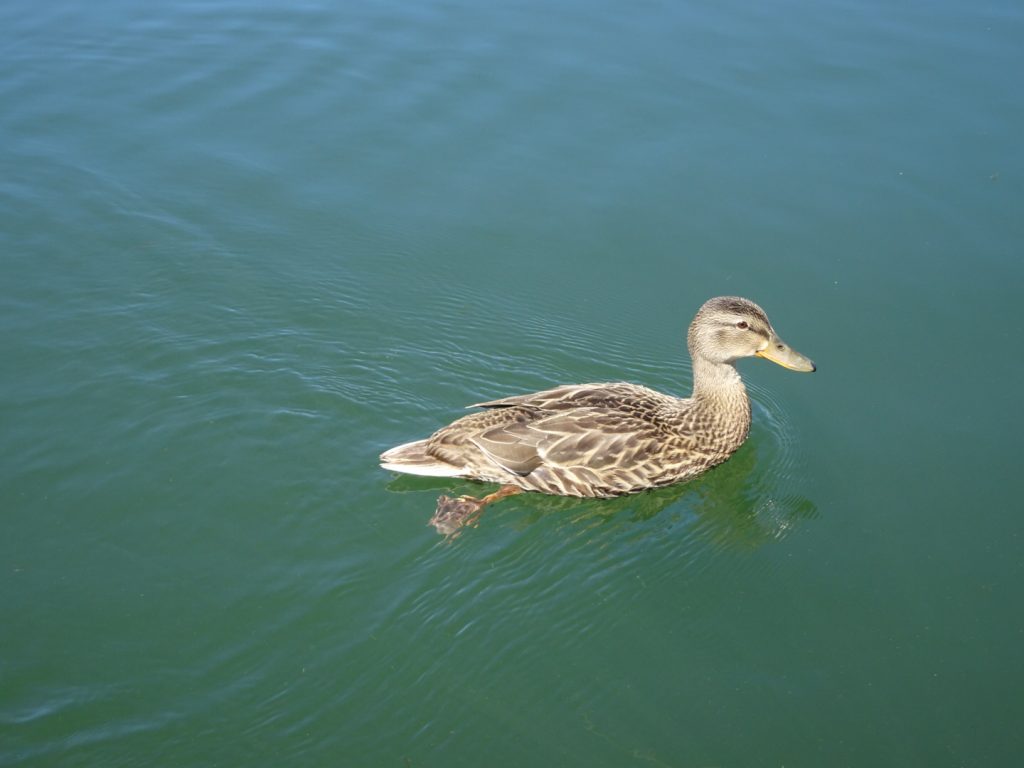 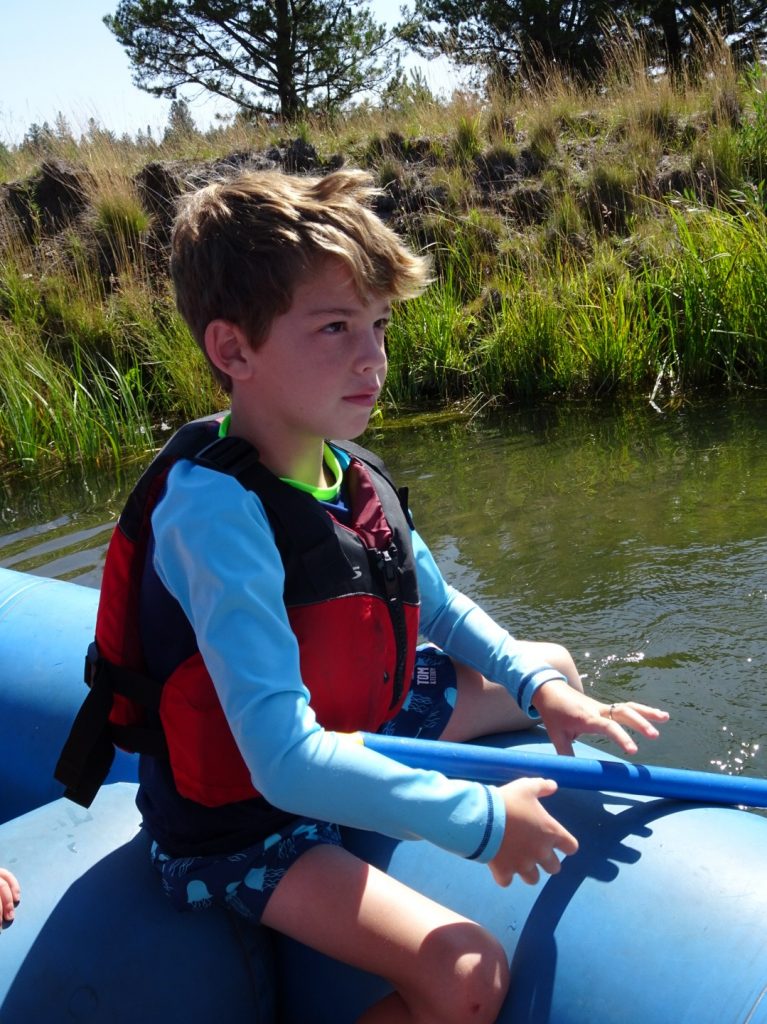 Finally, Leo could stand it no more and flung himself over the side of the raft. The shock on his face was impressive. The water was so cold! 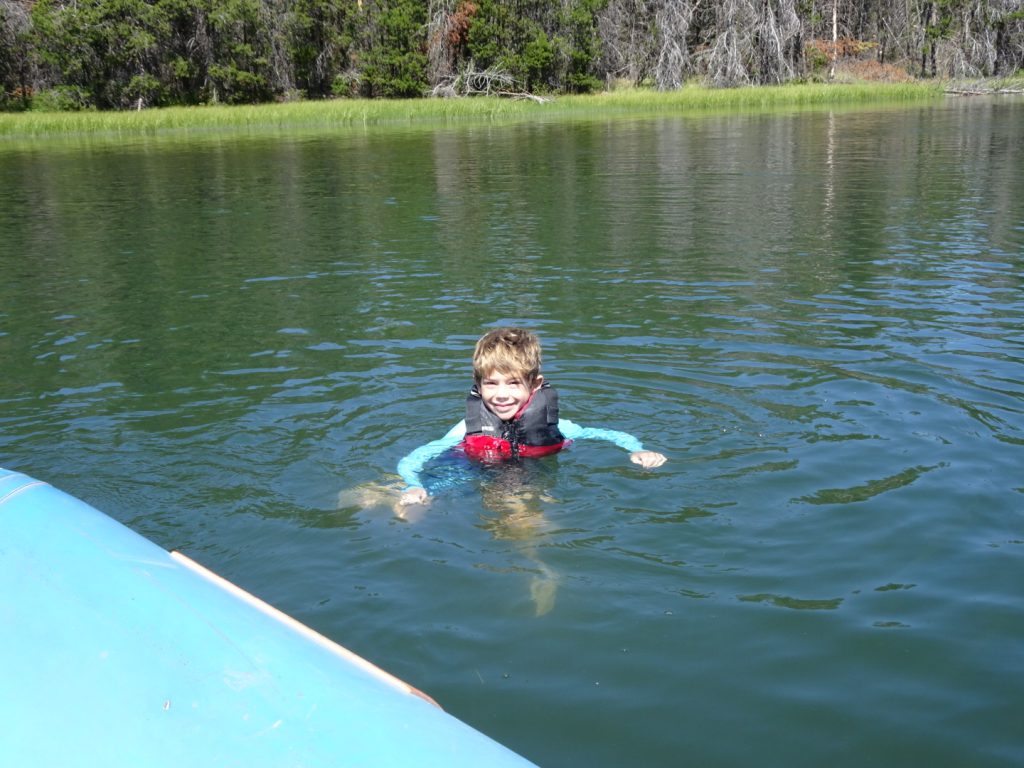 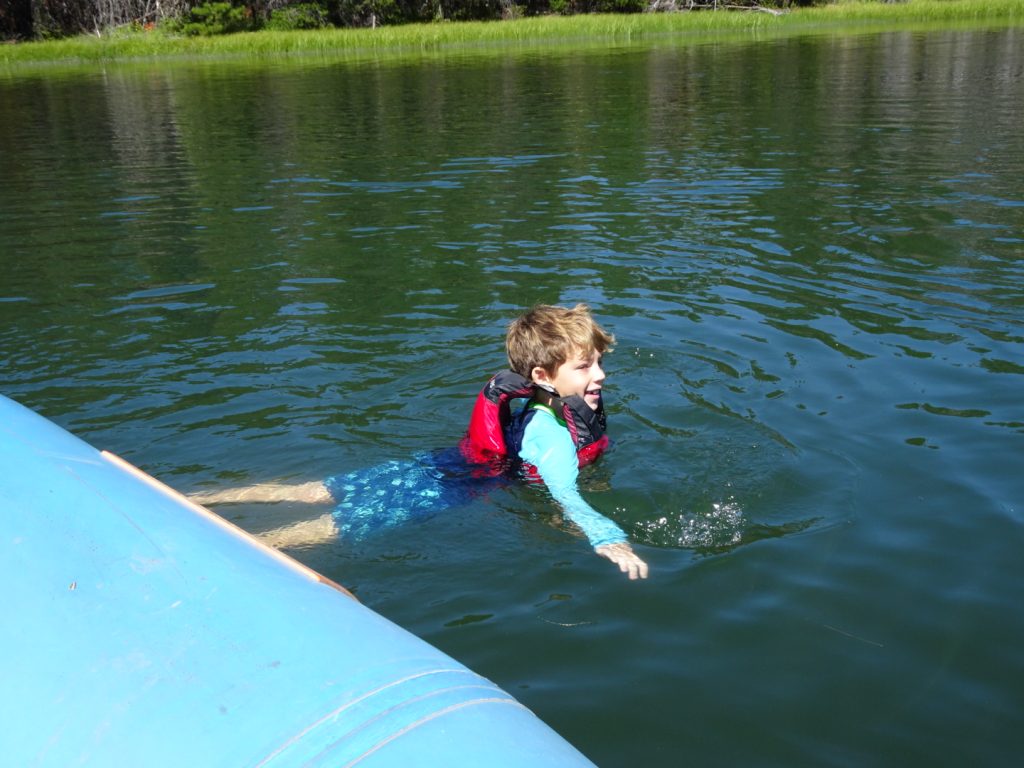 Leo (absolutely zero body fat) was a trooper and floated along-side our raft for about ten minutes. Finally, he could stand the cold no more and we pulled him back in the raft. 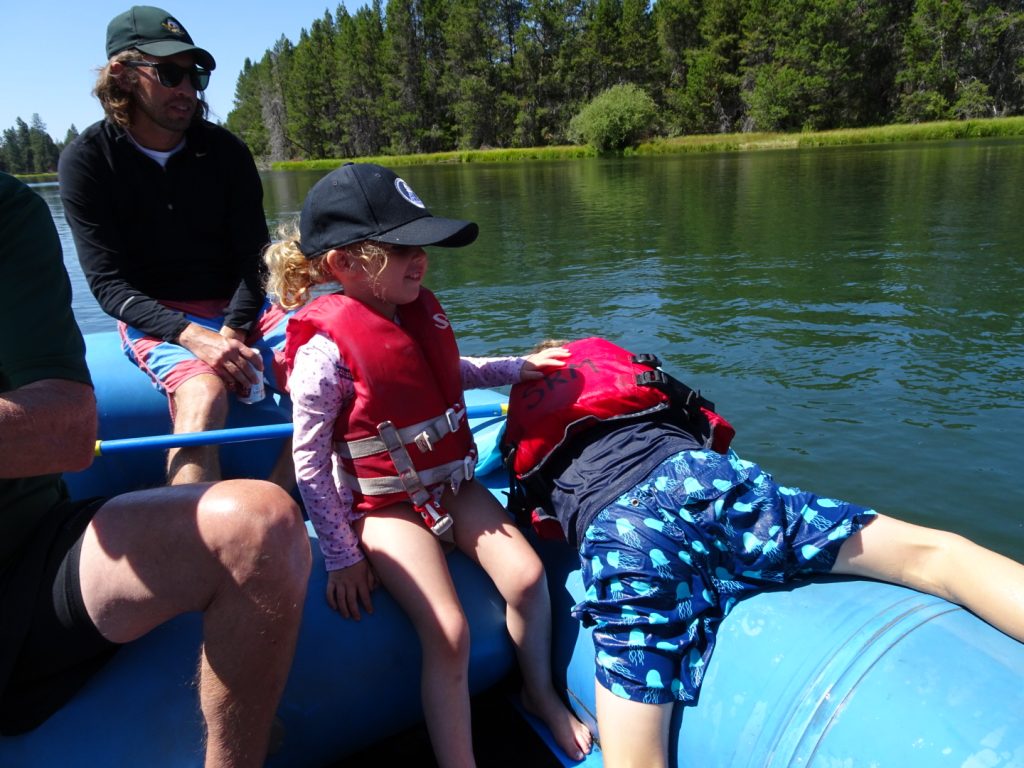 Leo was seriously shivering and his teeth were chattering. We had to burrito-wrap him inside a beach towel before he warmed up. Didn’t stop the little dude from jumping back into the river a few more times this afternoon. 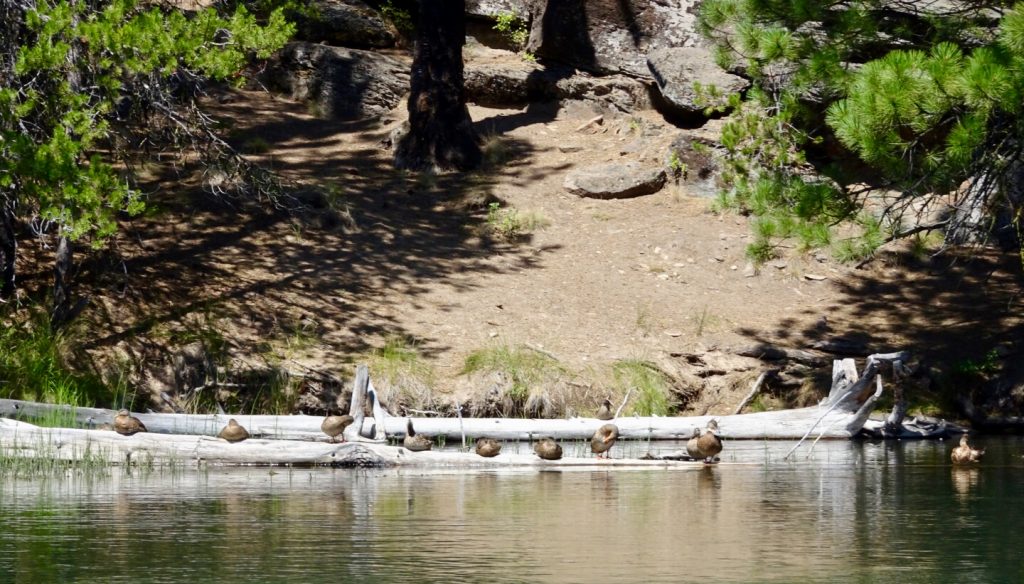 Though we did see a few chipmunks, osprey and ravens, the most spotted creature today were female ducks. So many of them… and we assume boaters feed the ducks because several would rush our boat at a time. We did not feed them, but that didn’t stop the ducks from trying to join our party. Even when Lisa jumped into the river, they were all about joining her. 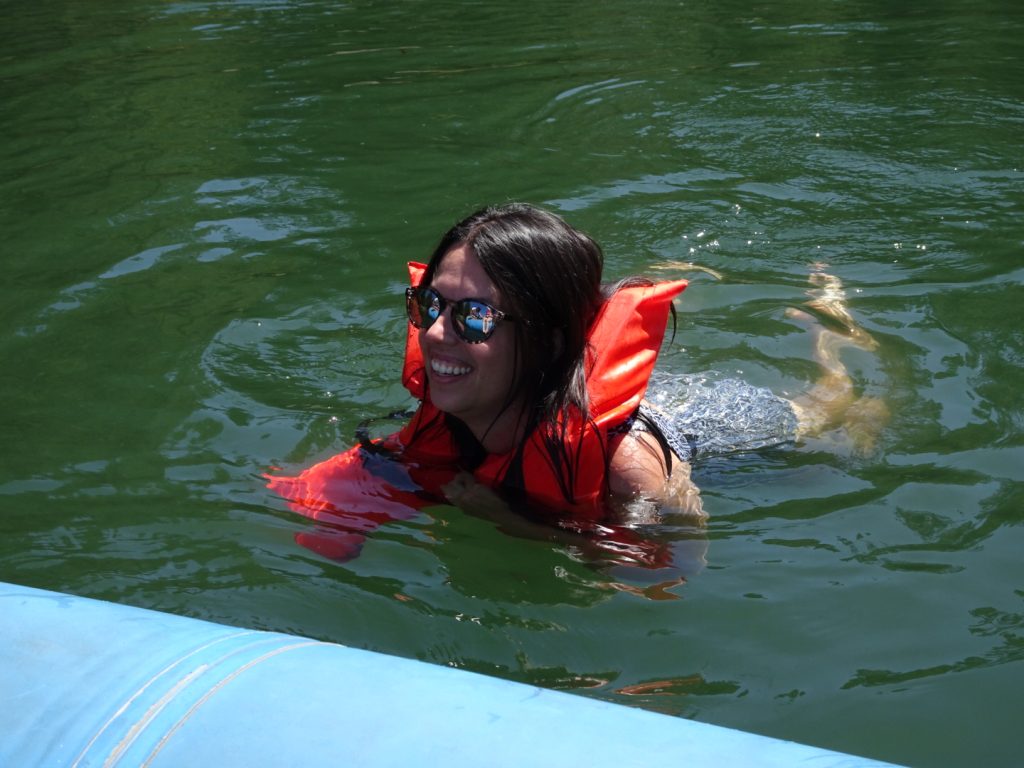 As soon as Lisa jumped in, her dad joined her. Oh. My. Goodness. The water was just freezing, but after about five minutes, they must have become numb and really began to enjoy their float down the river. 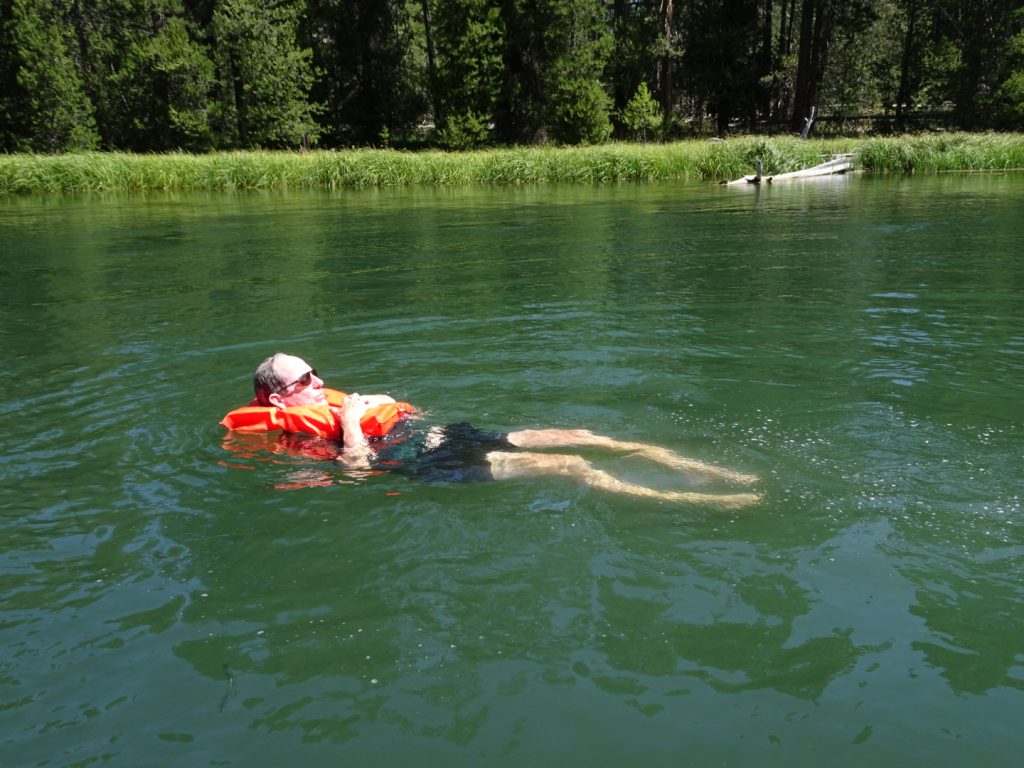 Eventually, even Lucy decided to jump in. She was not in the water 30 seconds before declaring she was ready to get back in the raft. 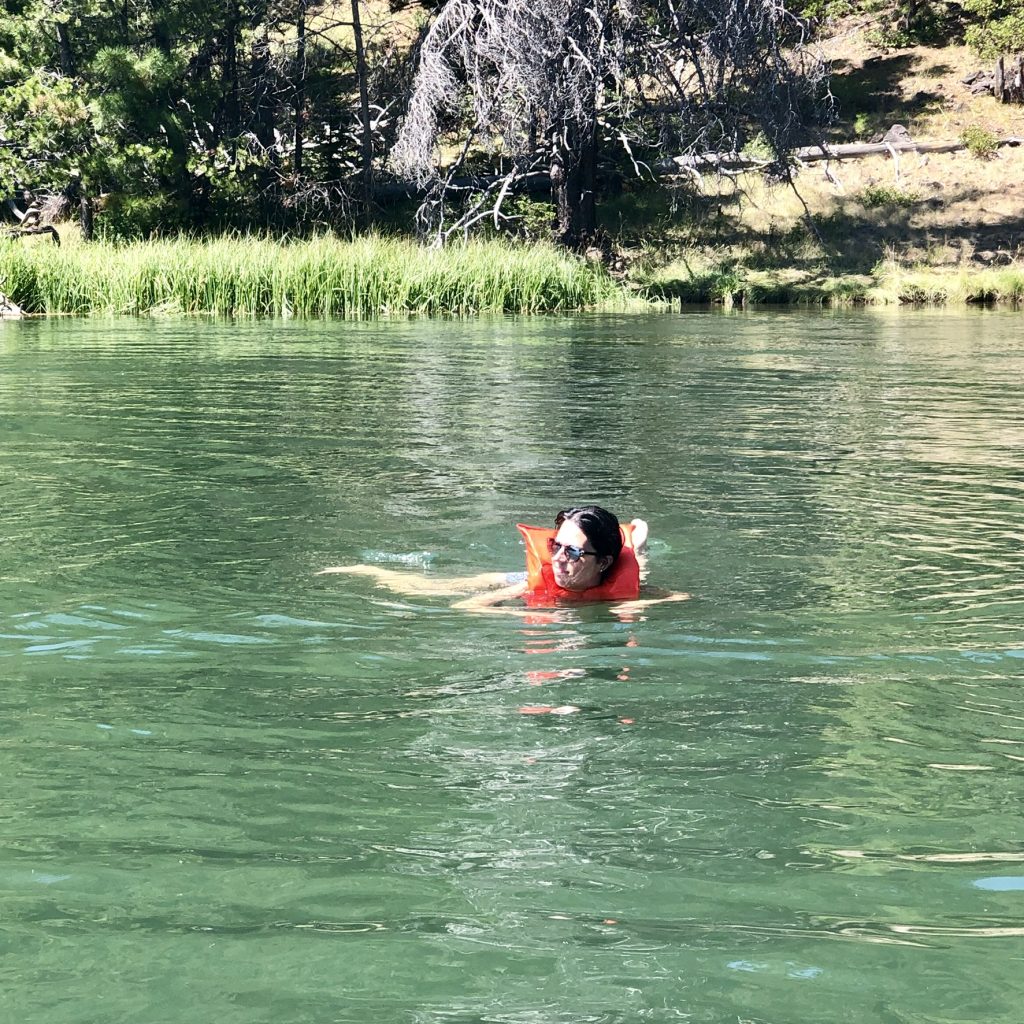 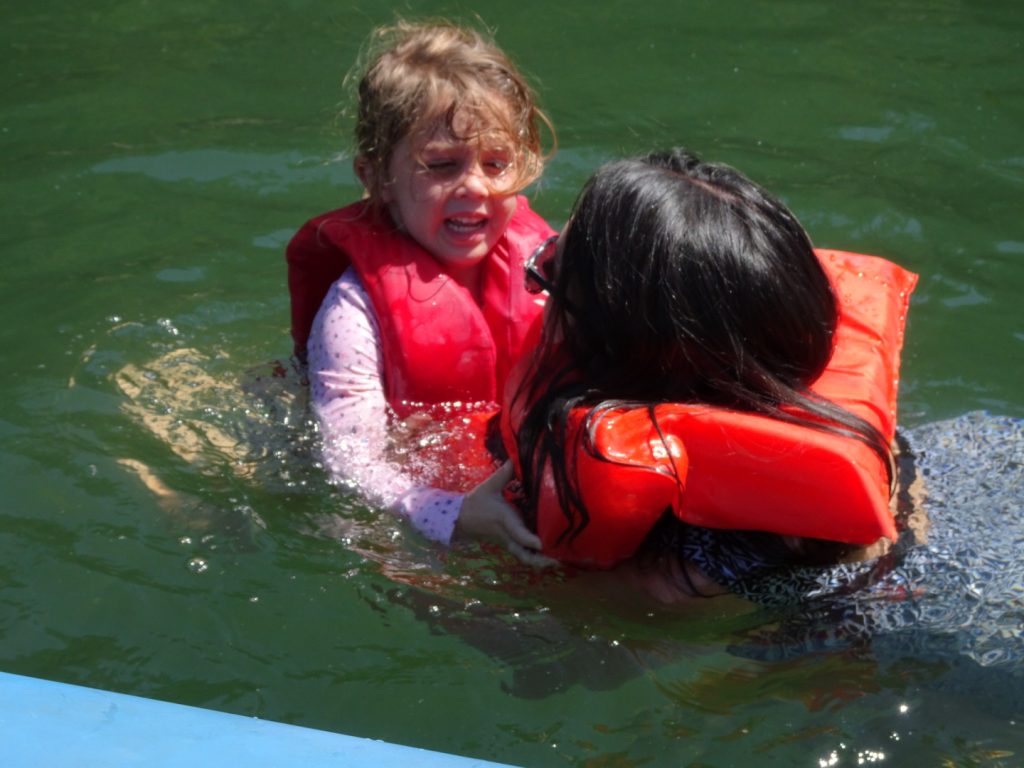 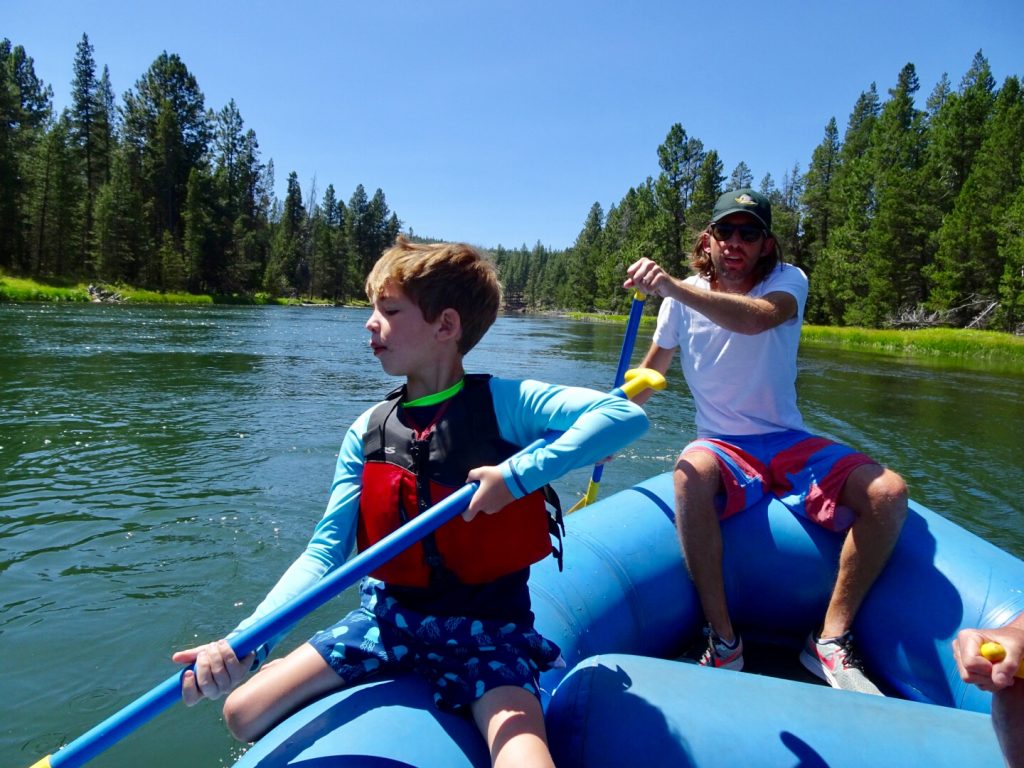 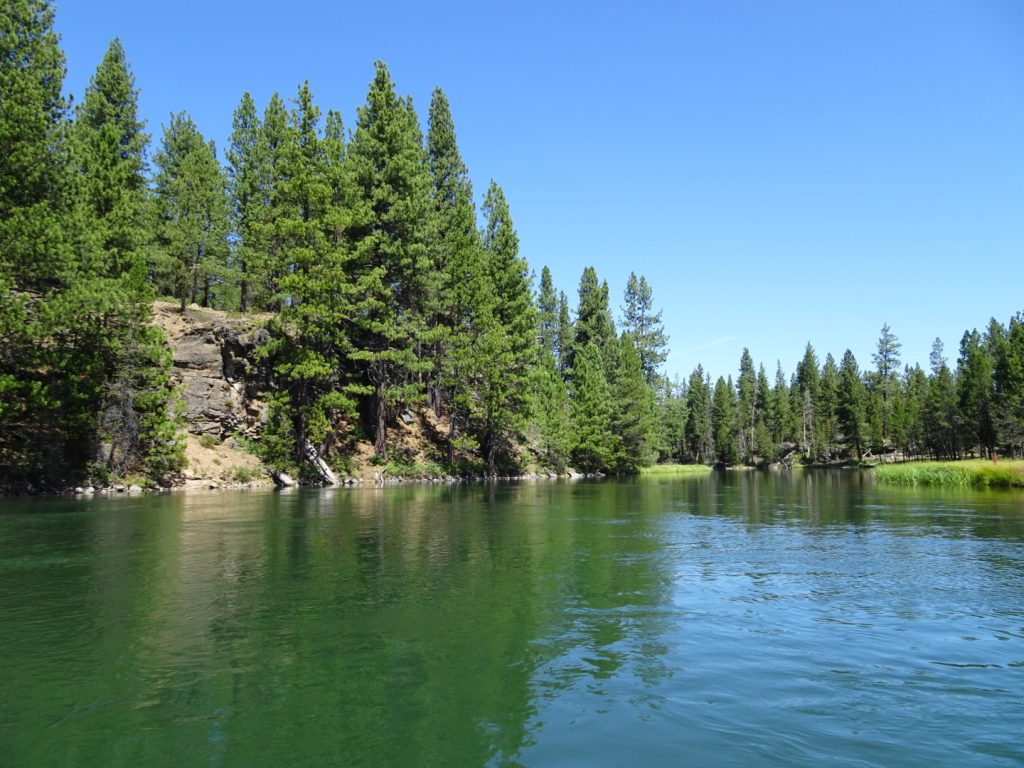 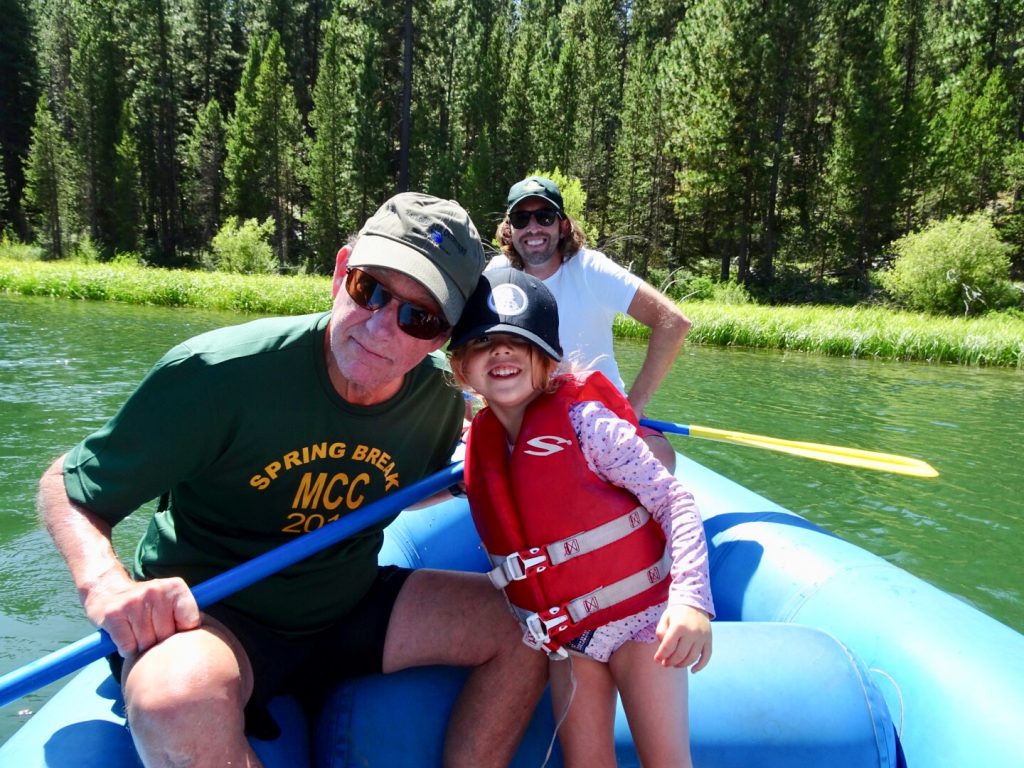 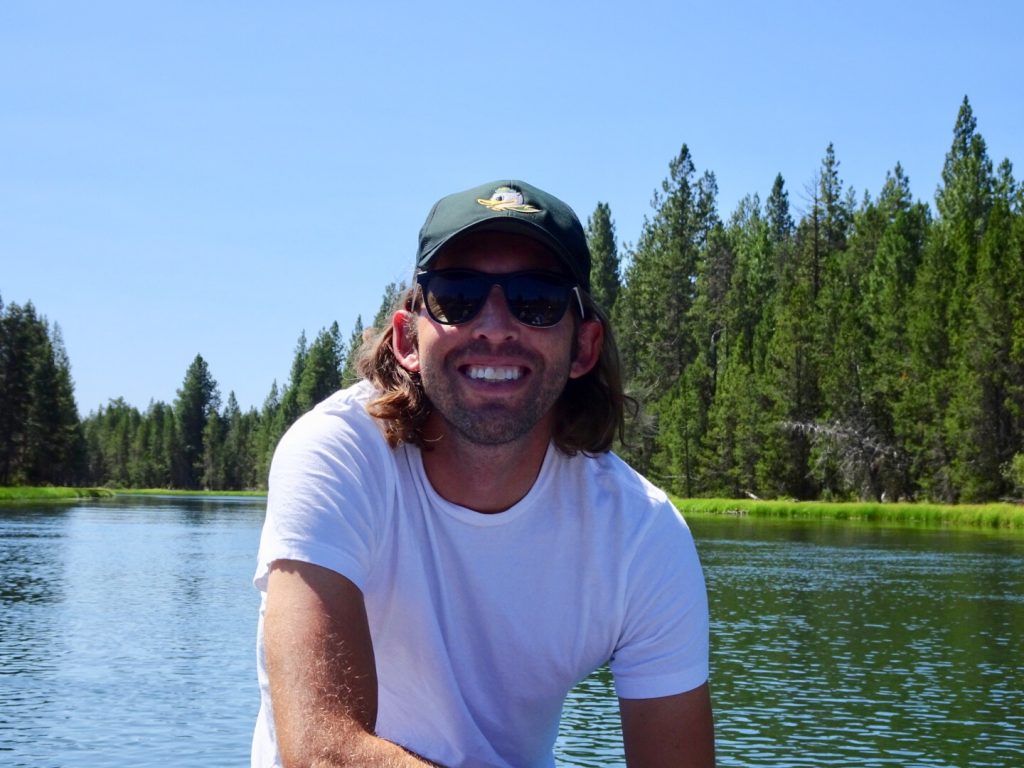 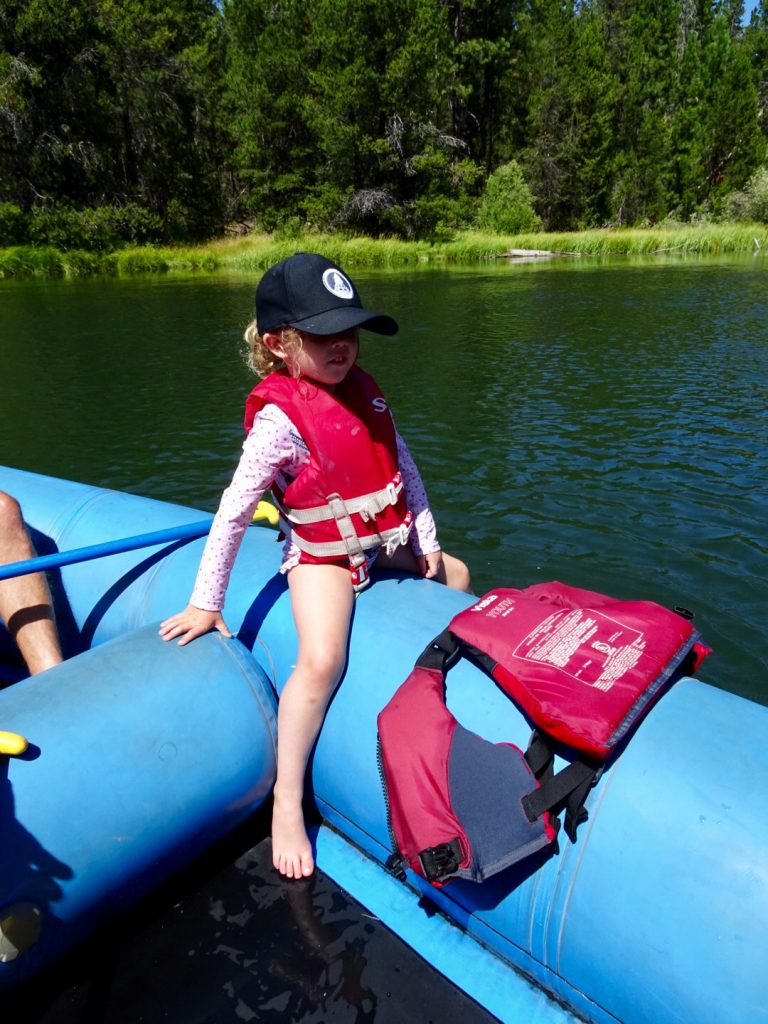 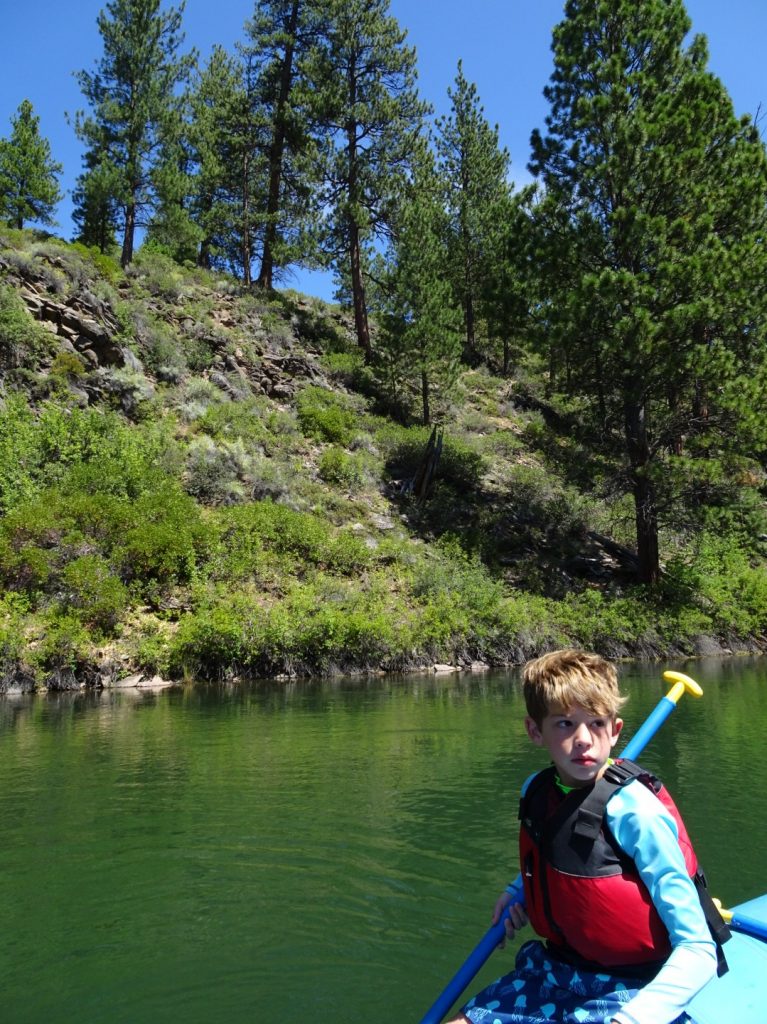 Finally we arrived to the take-out point and friendly hosts helped us out of our boat and into the dustiest van ever. We arrived back to our car about 20 minutes later. 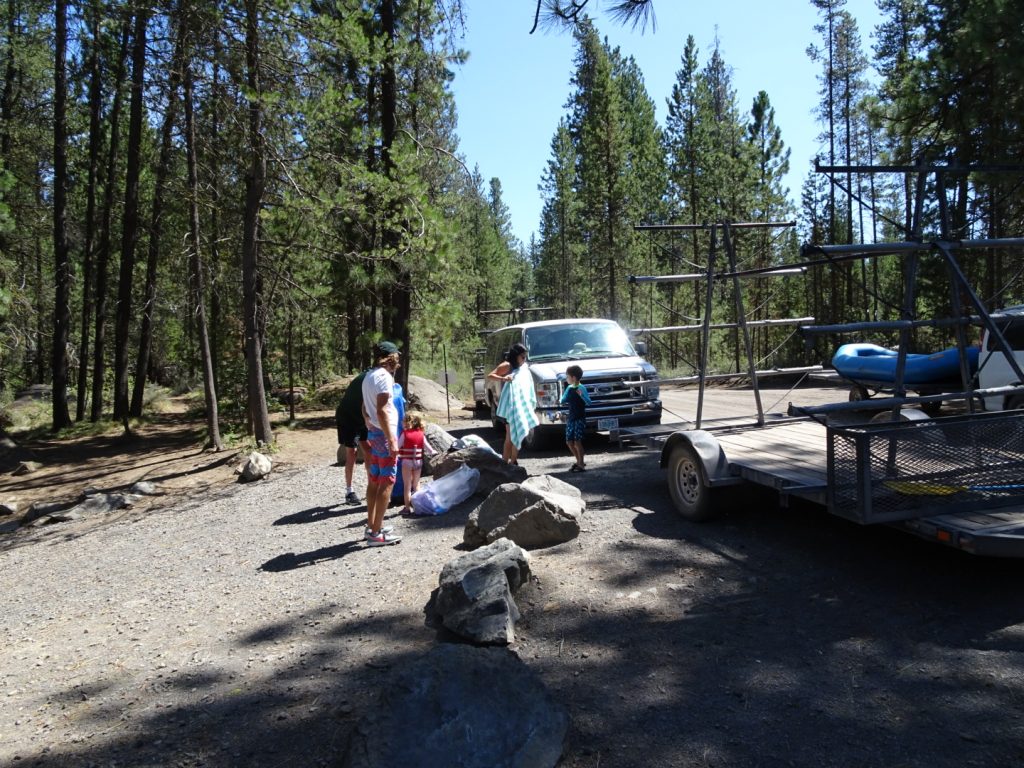 It was just a perfect day, a beautiful float, a gorgeous river. A great family adventure and really quite a bit of nature for two LA kids.

The rest of the day was spent biking to the Nature Center, playing in the playground and bicycling around Sunriver. At 5:30p, we returned the rental bikes to the shop and had dinner in the village. We sat outside on a patio and dined while listening to Juju Eyeball, a local Beatles cover band. I loved the music, since I grew up with these songs. Leo and I had a few sing-a-longs, so he has heard a few as well. 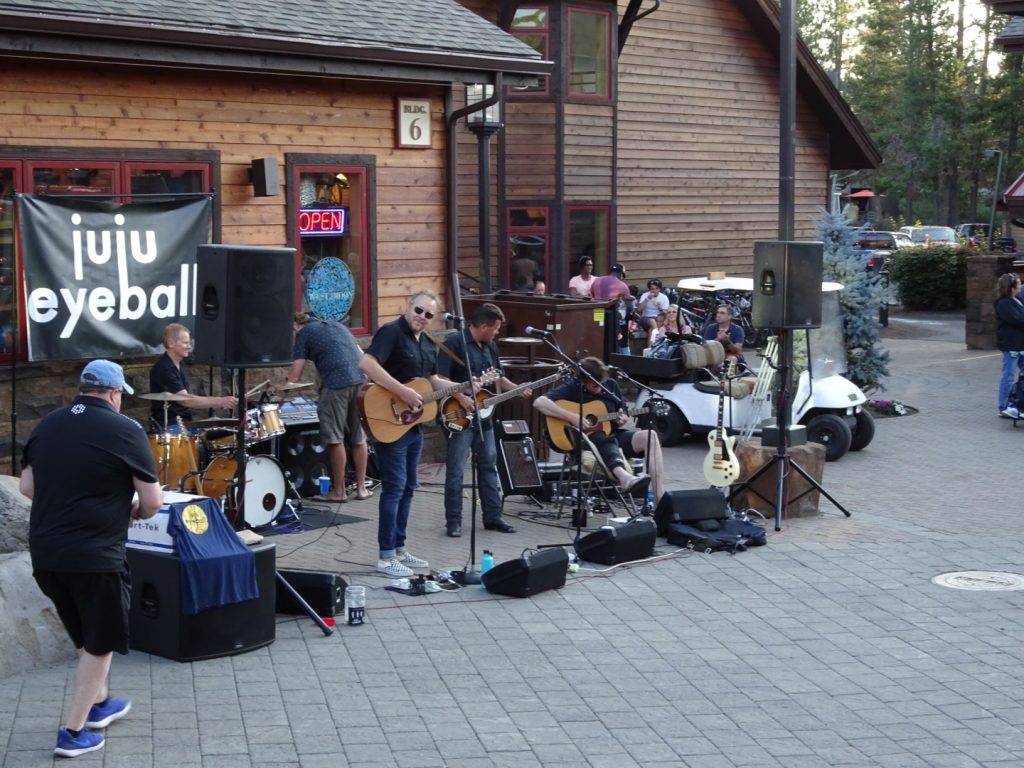 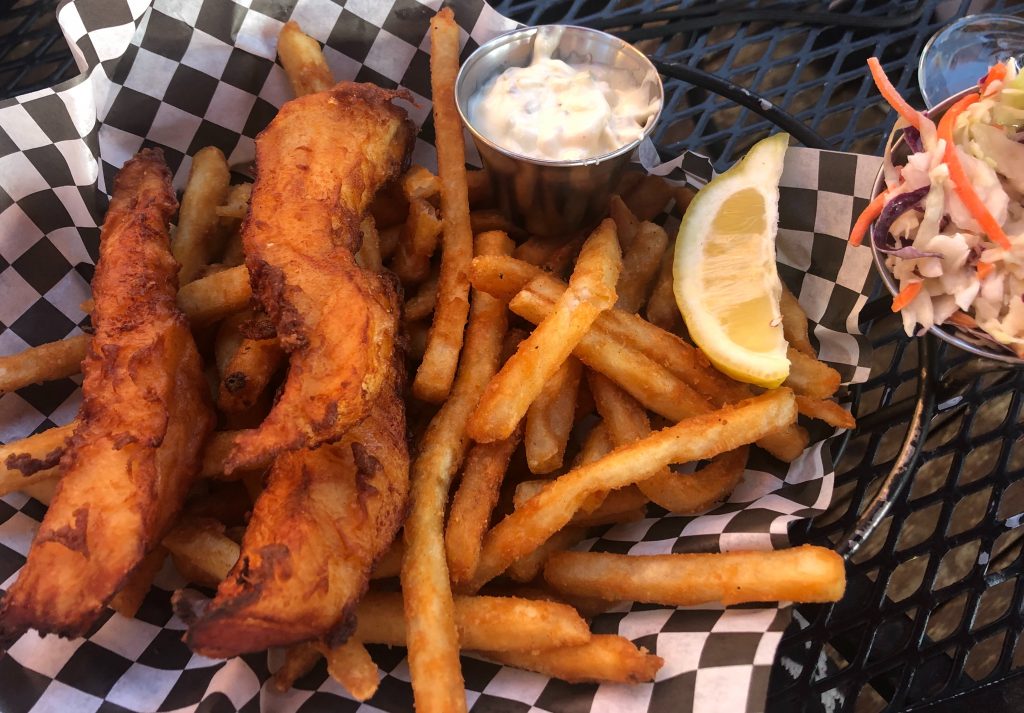 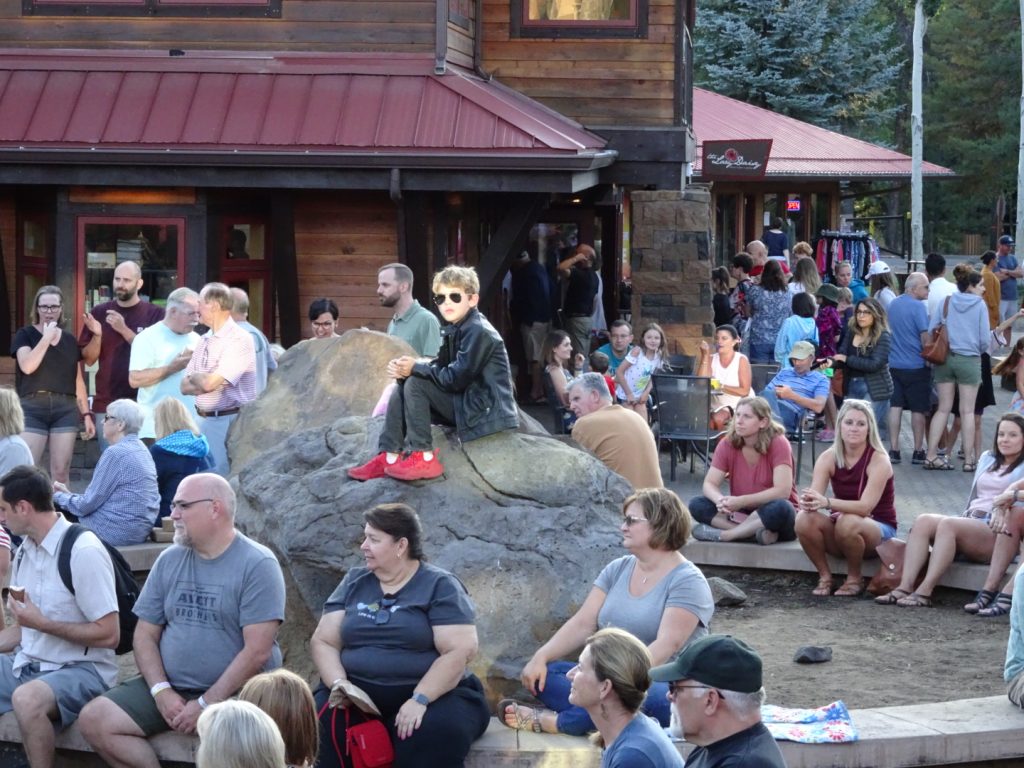 Mr. Cool, listening to the music in the Sunriver village.

Until my next update, I remain, your watery correspondent.