Portland, Oregon:  Well, Dear Reader, we have done it again. Decided to take our summer vacation an hour (in the really bad traffic we suffered through to arrive downtown Portland) from home. We will attend the four-day Feast Portland food festival again to enjoy fabulous foods from fabulous chefs in fabulous venues with like-minded fabulous people. Should be fabulous!

We checked into a downtown hotel, grabbed our lanyards and rode light rail across the Willamette River to the courtyard outside the Moda Center (home of the Portland Trailblazers) for the first event of the festival - the Sandwich Invitational. Fifteen local (and a few out-of-towners) competed to see who could make the best 'wich. Attendees had a vote and there was also a judging panel on a stage. 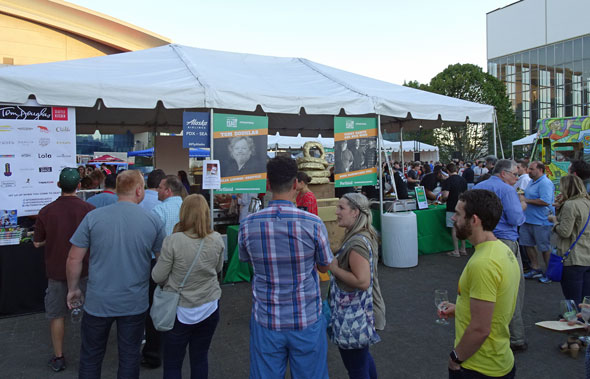 The evening was beautiful, lines were long but manageable. Wine, tequila, beer and gin were flowing... but the first four sandwiches we lined-up to try contained pork. Dang. I stopped standing in lines and instead went up to the front of the line to read the menu from each booth before waiting to try. Thank goodness, good ol' Franz Bread had a booth and they were giving away grilled cheese sandwiches. 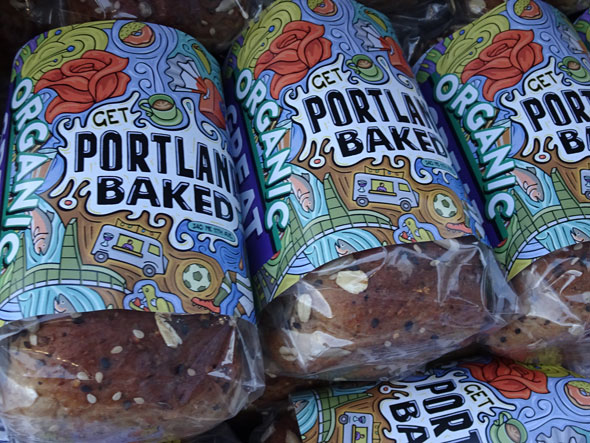 This local bakery has started producing organic breads and were giving away absolutely miniature loaves. How will I get this to Lucy for her pre-school lunchbox?

We finally found something else to eat - Nomad made an homage to McDonald's Filet-o-Fish. It was quite nice! 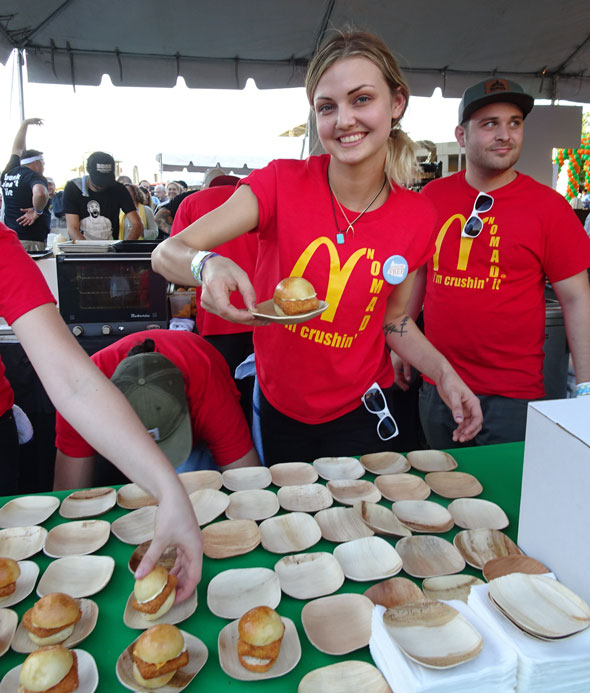 Other sandwiches we tried: 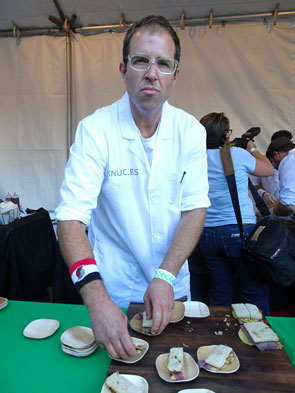 As the judging began, I heard the emcee over the speaker system and told Dave it sounded like Duck alum Jordan Kent. It was! (Kent announced and interviewed athletes at the Olympic Trials track meet in Eugene, so we had spent a lot of time with him this summer.) He was surprised to see us, and jumped off the stage to give me a hug and wondered if there was a track meet about to start somewhere? 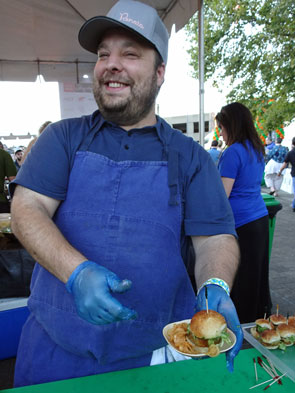 Dave and I both enjoyed the Guinea Hen 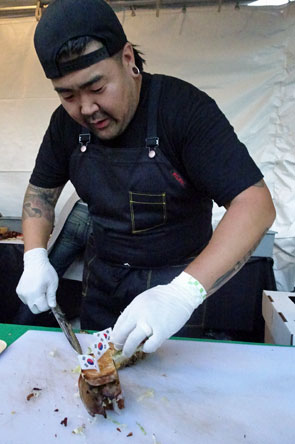 Busy behind the scenes, and the eventual winner of the contest, (right) was Han Ly Hwang's Bulgogi Club Sandwich from Kim Jong Grillin in Portland. It was pork. Dang. 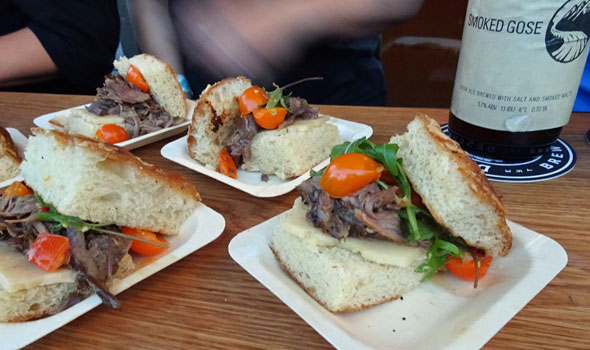 It was so good... but there was beginning to be a problem. Though we could sample but five of the fifteen 'witches in the competition and they were all so very small, we ate a lot of bread. We were getting so full! How many people were able to try all of the sandwiches? It was like eating five dinner rolls. Burp. 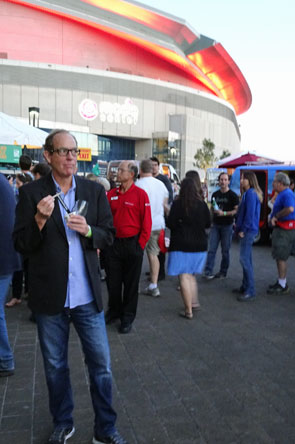 Time for dessert and time to waddle back to the train.

Tomorrow - we attend TWO events. I have asked our housesitter to have all the door openings in our house enlarged before our return.

Until my next update, I remain, your high-carb correspondent.

You may also like:
The Oregonian has a great slide-show from the invitational