Los Angeles, California: There is never a normal day at Lisa and Lenny's house. Though today was Sunday, a crew was at their house at daylight to finish sanding and staining their deck. Every single day this company has arrived to refinish their deck, it has rained. Lisa feels she can single-handedly reverse the California drought just by hiring repair jobs. Dave and I feel we have helped as well. Every time we have our motorhome washed, it rains in Indio.

After exercise and showers, we all headed out to the Los Angeles Zoo - because Leo said he wanted to go to the zoo. Hey, why not? 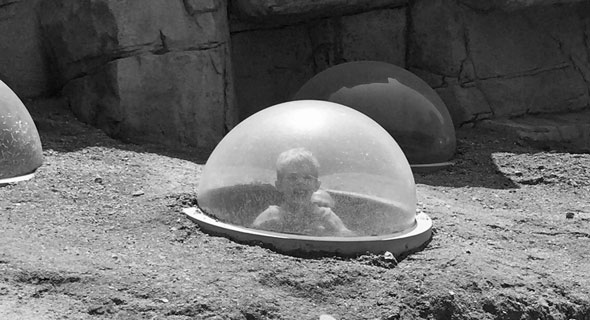 Next stop was a visit to the Prairie Dog community, where simple humans can pop-up just like Prairie Dogs. In the photo above, DT is lifting Leo up. 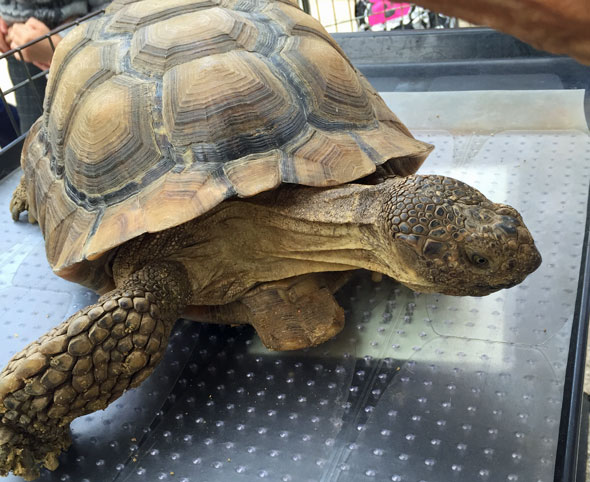 A Desert Tortoise was also on display at the petting zoo. 32 pounds of wonderfulness.

Leo's first ride on a carousel was when he was 15 months old. He was not a fan. Today, Leo rode twice - both times on a bench, not on a painted carousel creature. Lucy rode a carousel for the first time today - twice - at 10 months, and thought a carousel ride was the best thing ever. 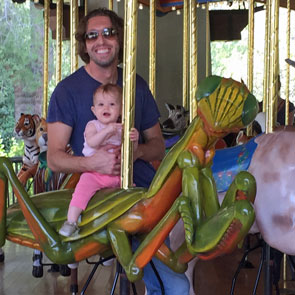 Lucy was delighted the entire time. Bring her in a month and she will probably be terrified. Who knows? 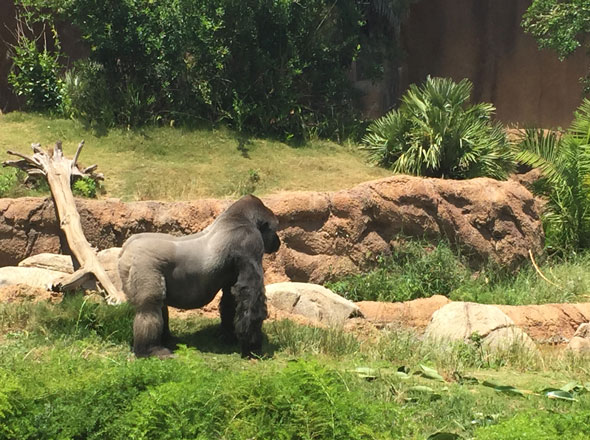 We were treated to a great view of the massive silverback gorilla before heading back to the house. 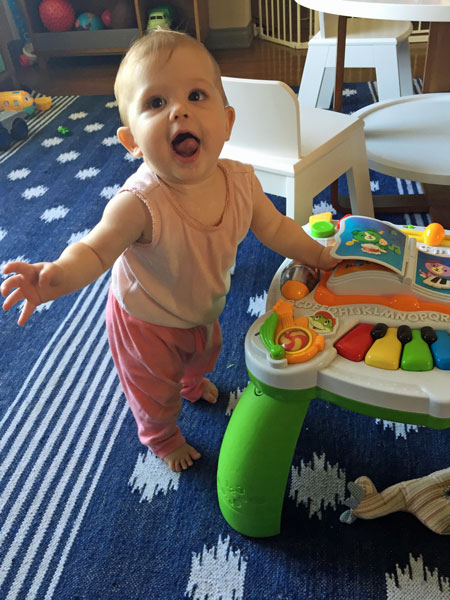 Someone can pull herself up to standing!

Leo had a birthday party to attend, so Dave and I entertained Lucy this afternoon, and then we all went to a pretty-fancy restaurant (the moment it opened at 5:30p, since we were bringing a nearly-4-year-old and a baby) - All'aqua. We tried so many appetizers and a few entrees. As long as Lucy had something to chew on and Leo had pizza, all was well. 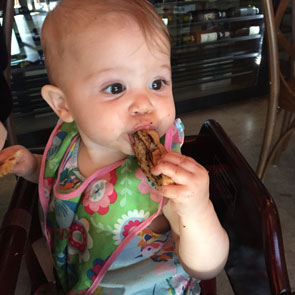 It is a great thing when you can bring your kids to a real restaurant.