... we are home! Happily we only have a less-than-two-hour flight back to Portland. There is the post-wedding come-down (but the honeymooners are on a cruise!)... and we had to leave our grandchildren. Leo was so funny Monday morning. He could not decide what to have for breakfast. His options were toast with butter or toast with Nutella. By the time we left for the airport, the decision had yet to be made.

Leo does not like saying goodbye. He is very sad when his grandparents (either set) leave. Even though he knows we are packed and headed for the airport, he still seems surprised and asks several times if we are leaving. I want to bring him home with me. If he skipped pre-school for a week, would he not get into college?

Dave and I have a little tradition of stopping for lunch or dinner at an east-of-the-Willamette River restaurant on our way home from Portland International Airport. We live on the west side of the river and as long as we are over here, we try to explore some of the newest/trendiest/hottest food emporiums - and so many of them are now east of the river.

Portland International Airport has opened up branches of some of Portland's iconic new hot-spots as sit-down restaurants or food carts. Either way, visitors can now have Andy Ricker's famous Pok Pok wings without having to wait for hours in line at the Division Street restaurant. Another cool thing? PDX insists prices at the airport locations are the same as at the city restaurant. 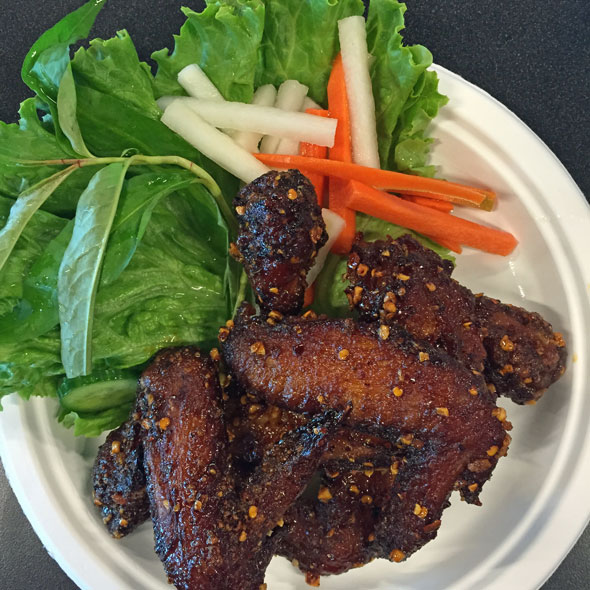 I ordered three sticky-sweet-spicy wings from Pok Pok Wings. I received four. The food cart is before the TSA security check, so plan ahead, or eat after arriving at PDX.

In other exciting news - another of our goddaughters has graduated college: 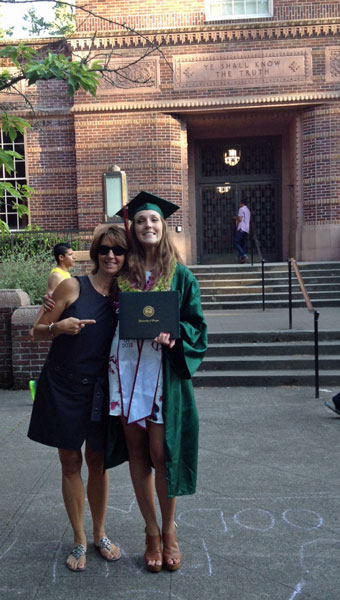 Tamra and her daughter, Natalie

Natalie is the youngest child of our friends, Tamra and Steve. (They visited us in Indio this spring.) I do not need to mention Natalie graduated from the University of Oregon. Gorgeous Genius.

While on the plane, I had time to read a few of my food magazines (on my iPad) and plan our menu for the week. 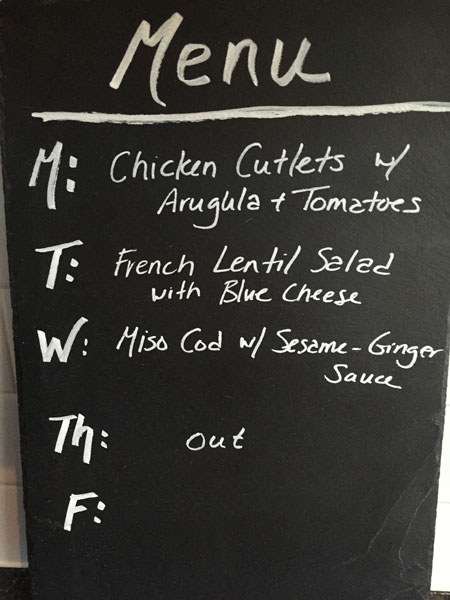 Saveur magazine had an interesting recipe for French Lentil Salad with Blue Cheeseand I only needed lentils to prepare the dish. 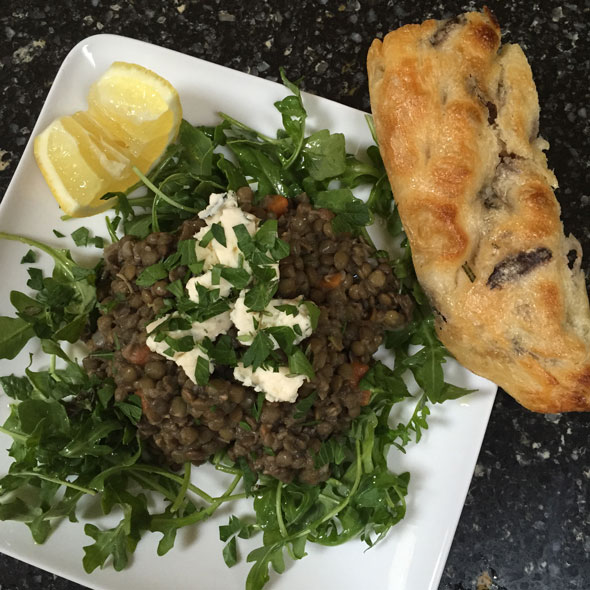 Not sure, exactly, what makes this recipe French. It was fairly simple to put together, healthy, vegetarian and filling. I served the lentils room temperature. We both enjoyed the salad. I used Point Reyes Original Blue (because it was in the fridge), but it was not happy about being sliced (as pictured in the recipe), so was served "crumbled'. Eats the same.

NOTES: Recipe serves four. Four NFL linebackers. Really makes a lot of salad. Wish I would have halved the recipe. Also, I used only half of the vinegar - thought five tablespoons was too much.

We have a quiet week planned, but will have the new Jeep attached to the motorhome for towing. That will be an ordeal in itself -  our appointment is at 8 o'clock in the morning.

Until my next update, I remain, your lentils-for-life correspondent.