Las Vegas, Nevada: Dave and I skipped the first game of the tournament this morning, instead we blogged and worked out and had a nice long early lunch at Wolfgang Puck’s Cucina in the nearby Crystal Shops. (We can’t afford to shop in this mall, but can afford lunch.) 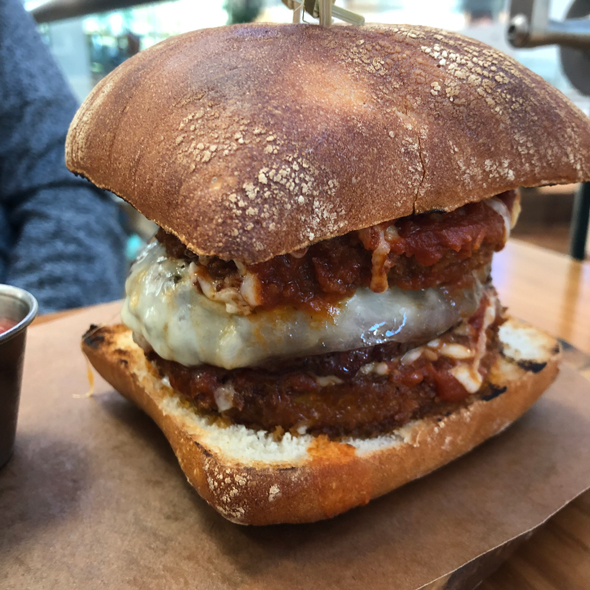 We ordered the set-price, three-course lunch menu. Dave started with a nice scampi appetizer and then, just off a one-hour session on the exercise bike, opted for the Eggplant Parmesan Burger… which he thought the eggplant slices would serve as the bun, but instead was delivered a 10-inch tall tower, complete with ciabatta. Needless to say, the bread was not consumed, but he did a pretty decent job of taking down the rest of the structure. 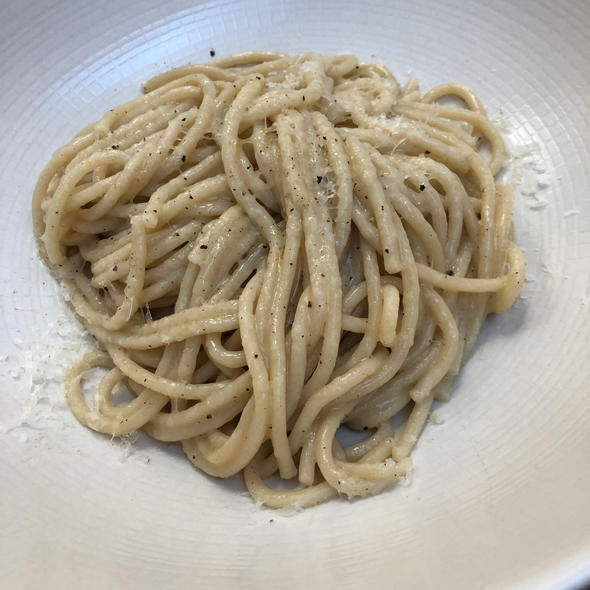 I started with a pureed cauliflower soup, then ordered the famed dish of Rome – Cacio de Pepe – spaghetti with black pepper and pecorino romano cheese. My food was good, but realized both dishes were the same color. I had butterscotch budino (pudding) for dessert and Dave had zeppole (basically donut holes, with a vanilla cream dipping sauce… but they are Italian donut holes, so I guess that makes them superior?).

Then it was time for more college hoops with Mary and Steve, so we headed over to T-Mobile Arena to catch the end of the USC v Washington game (Washington won by 3 points), and then watched Arizona State beat UCLA 83-72.

Between the afternoon and evening games, the four of us secured a table in Eataly’s casual La Pizza e La Pasta restaurant. Delicious wine and simple delicious Italian foods appeared at our table. 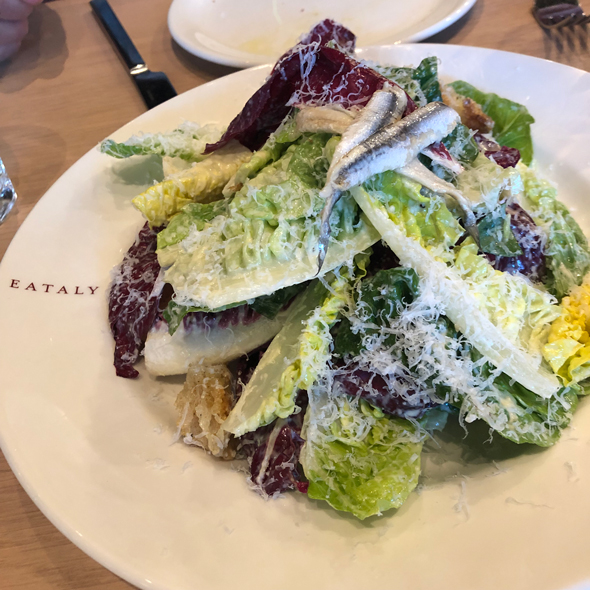 Basically a Caesar salad, but with baby romaine and radicchio. 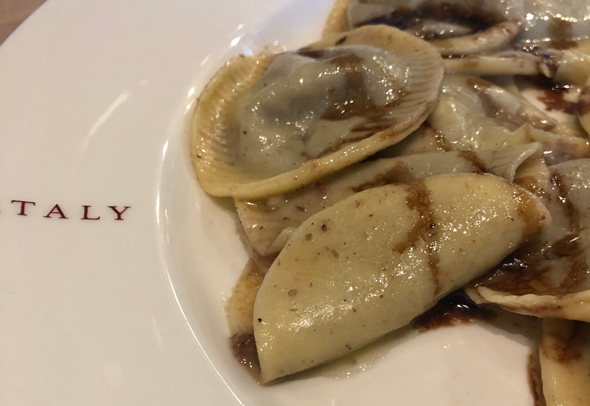 Time for two more games – each featuring a team from The Great State of Oregon. 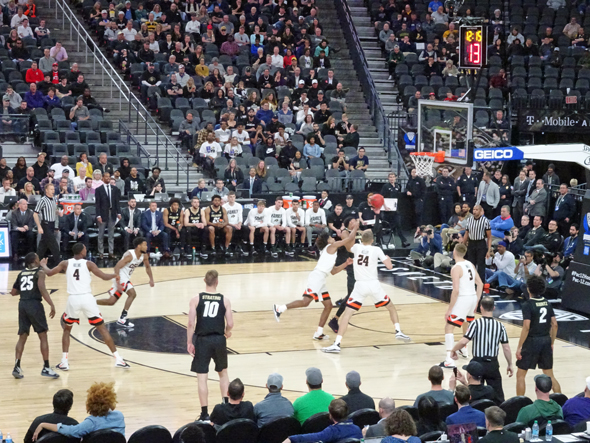 The Oregon State Beavers tried to win over a very powerful and big Colorado team. With several scoring runs giving us hope, they just couldn’t make-up the deficit and lost 73-58. 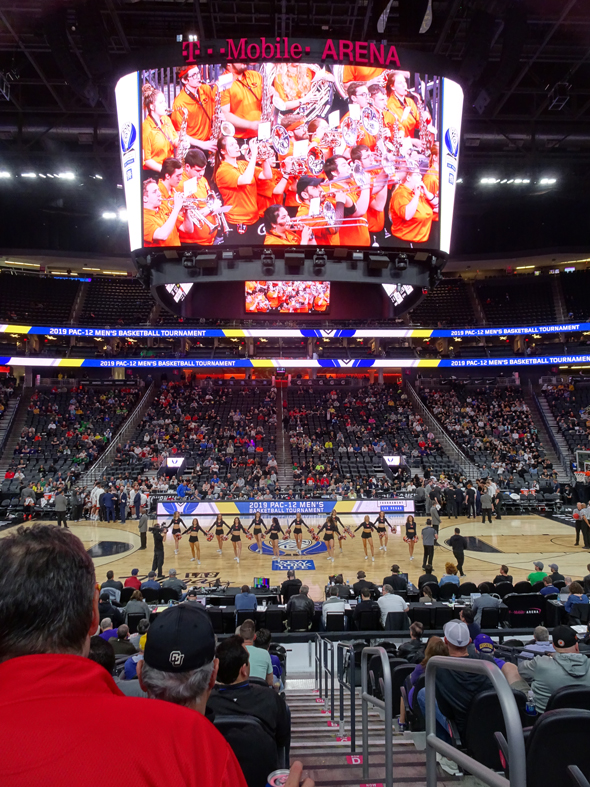 There was a very interesting half-time show. An acrobat performed graceful moves while balancing on two posts. She could bend her body backwards completely in half! Then she held a bow with her feet and shot an arrow at a target held by the Beaver mascot. She hit the target. 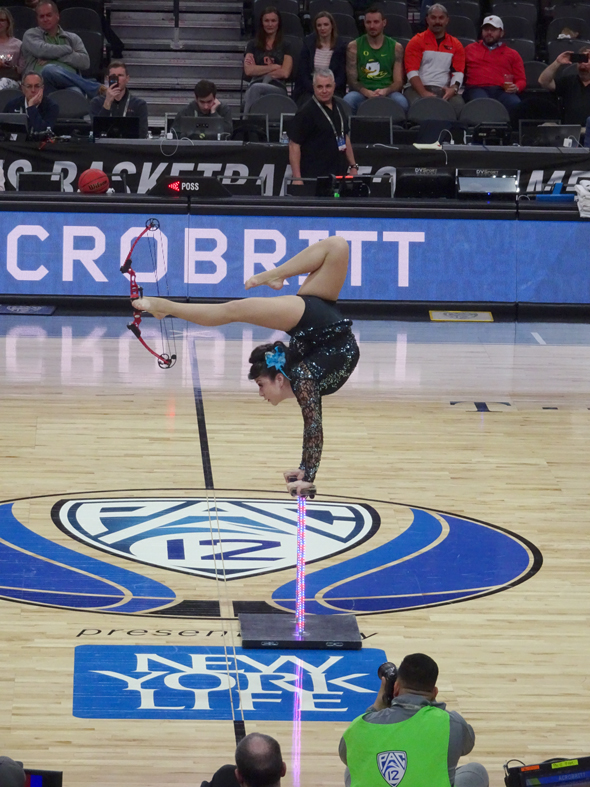 Our Oregon Ducks were again the last game of the evening – beginning at 8:30p. The Ducks were so strong and played so consistently all night. Often trailing the Utah Utes, the Ducks finished strong, winning 66-54, to face the Arizona Wildcats tomorrow night – again at 8:30p. 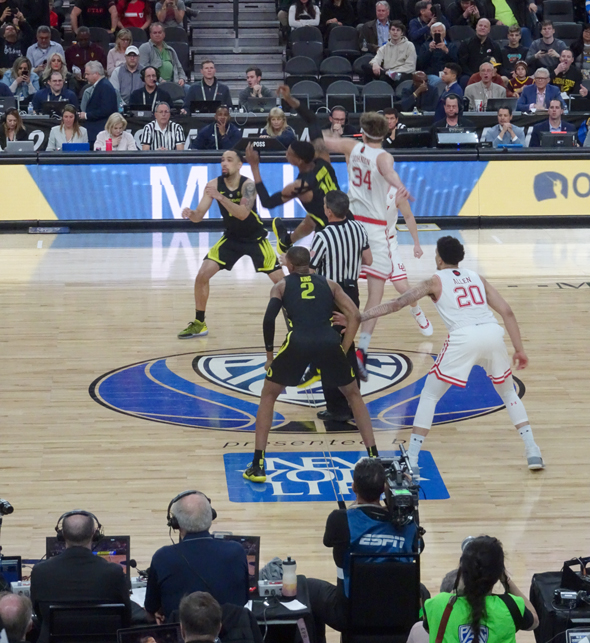 Our half-time show featured more acrobatics – this time a trio called the Russian Barre –  with a women flying above a pliable bar held by two men. They bounced her high and she would flip and roll… always landing back on her feet on the bar! 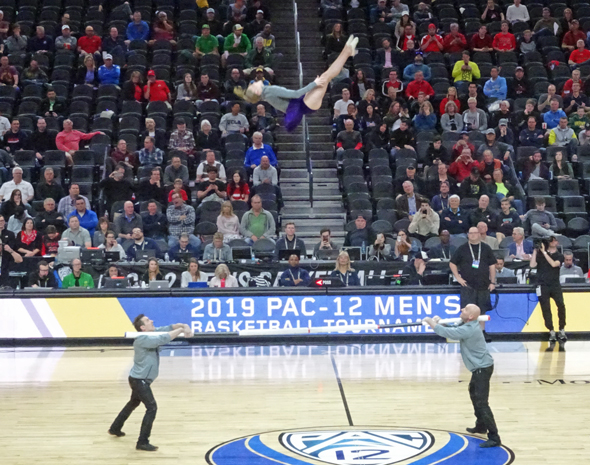 More impressive than the Beavers first half.

Until my next update, I remain, your Italian correspondent.