Bring On The Huskies

Las Vegas, Nevada: There was a lot of time to kill before the evening semi-final games. Dave and I walked and walked and walked, enjoyed tacos for lunch, did a little shopping (new eye liner!) and had a rest before meeting Mary, Steve and Cory at the Bellagio Hotel for a pre-game food fest.

The Bellagio had just (I mean this afternoon) opened their conservatory to showcase their spring decor. This year is an ode to Japan and the cherry tree blossoms. As always – stunning. 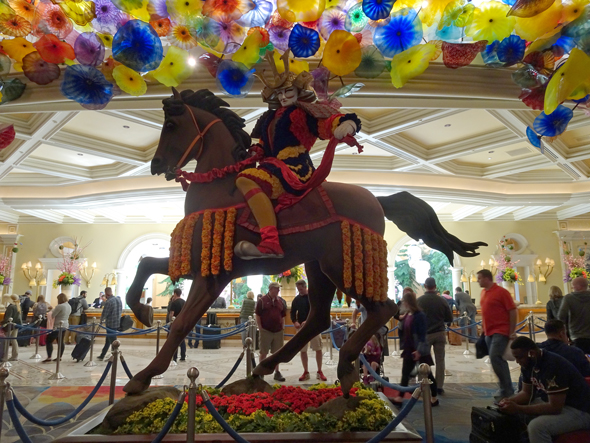 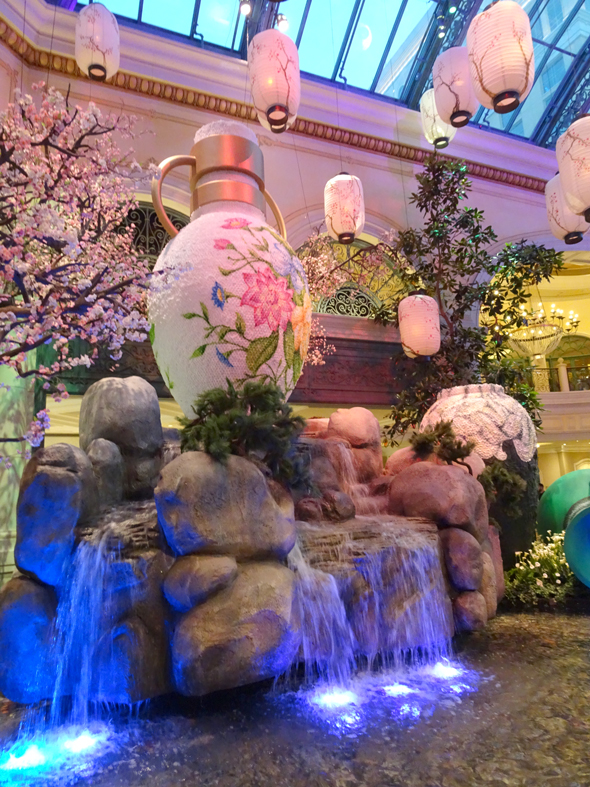 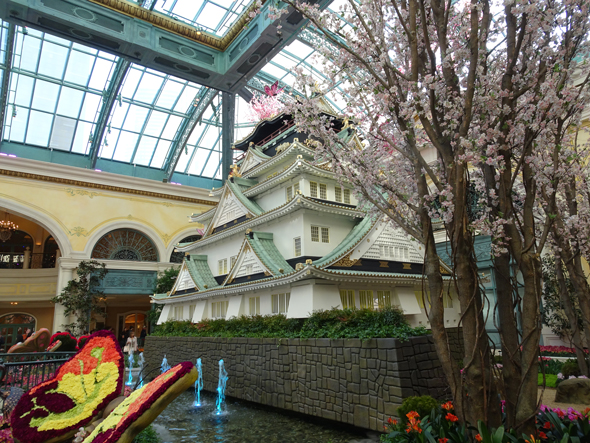 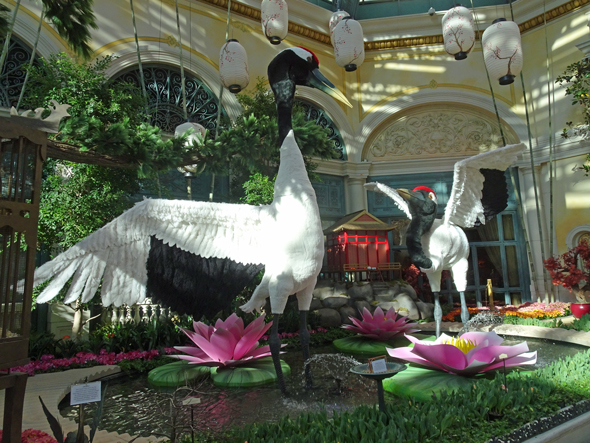 We dined at Lago, an Italian small-plate place by Spanish chef Julian Serrano. Odd concept, but it works and every dish we ordered was first-rate and beautifully presented. We had a table right along the famous lake in front of the Bellagio hotel and had a perfect vista of the fountain show. I recommend.

The first game of the evening semi-finals found the University of Washington beating Colorado by 5 points. Then the Ducks and Arizona State Sun Devils took the court for the second game. 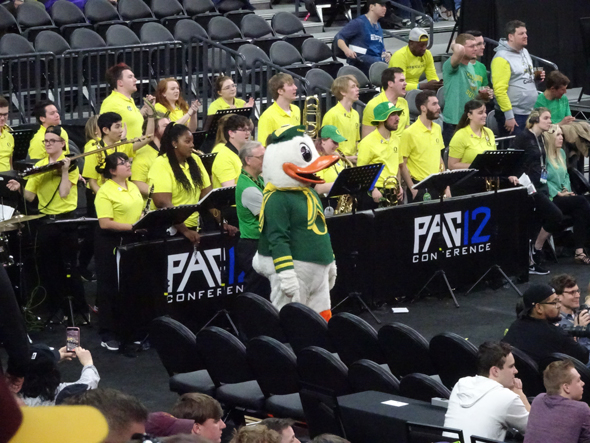 The Duck is always entertaining. He was writing something on a sheet of paper. The camera zoomed in, and we saw Puddles writing a shopping list for gummy bears, licorice, and other candy. Too funny. 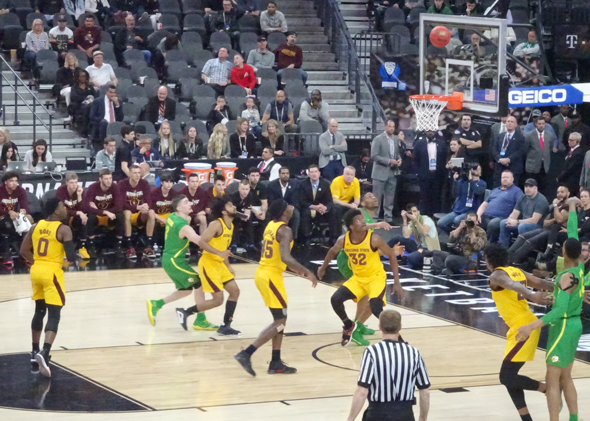 It was a very good game, except for when the refs were calling every single stoopid little thing, causing a pausing in the tempo. The refs were equal in their foul-calling, but the Ducks were not making their free throws and slipped behind ASU.

The half-time show featured an entertainer from the Opium show. A woman, apparently wearing only pink tape, climbed into a massive bubble. 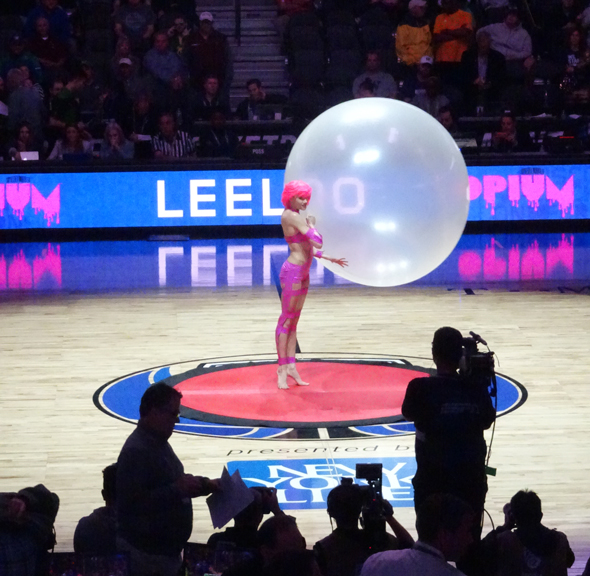 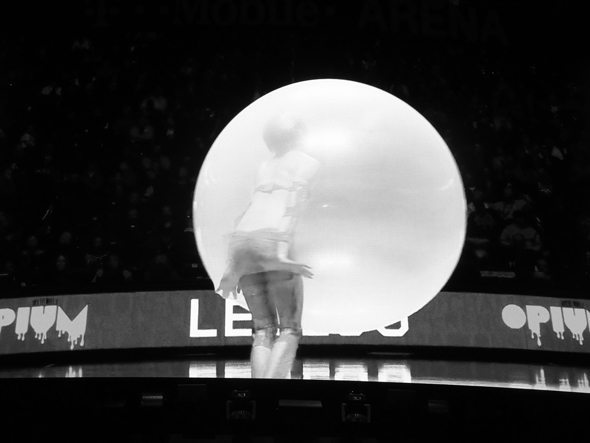 The bubble popped (on purpose) as soon as she was totally enclosed. The things you see in Las Vegas!

The Ducks came back in the second half, playing very strong, making free throws, sinking 3-pointers and slam-dunking like it was their job. 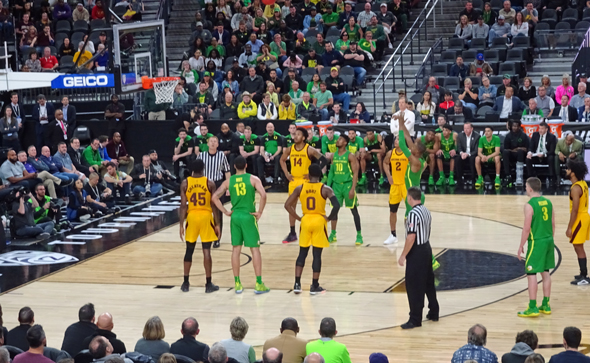 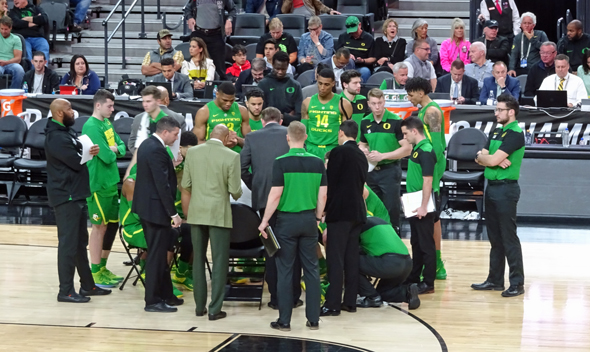 The game was tied in regulation and the Ducks pulled away in the five minute over-time, beating the Sun Devils 79-75. A win is a win. 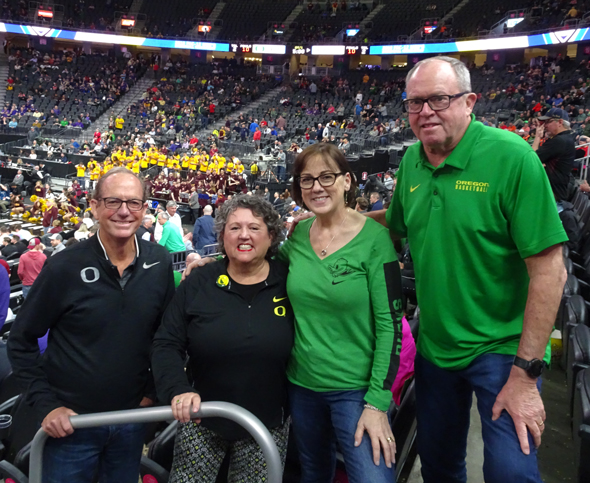 Until my next update, I remain, your winning correspondent.