Indio, California:  Dave, Lenny and Leo went to the Oregon v USC game at The Coliseum Saturday night. (The girls stayed home and watched on TV and had Thai food delivered.) The game started with USC scoring quickly and easily. The mood was not good, though the guys kept sending us photos from the stadium: 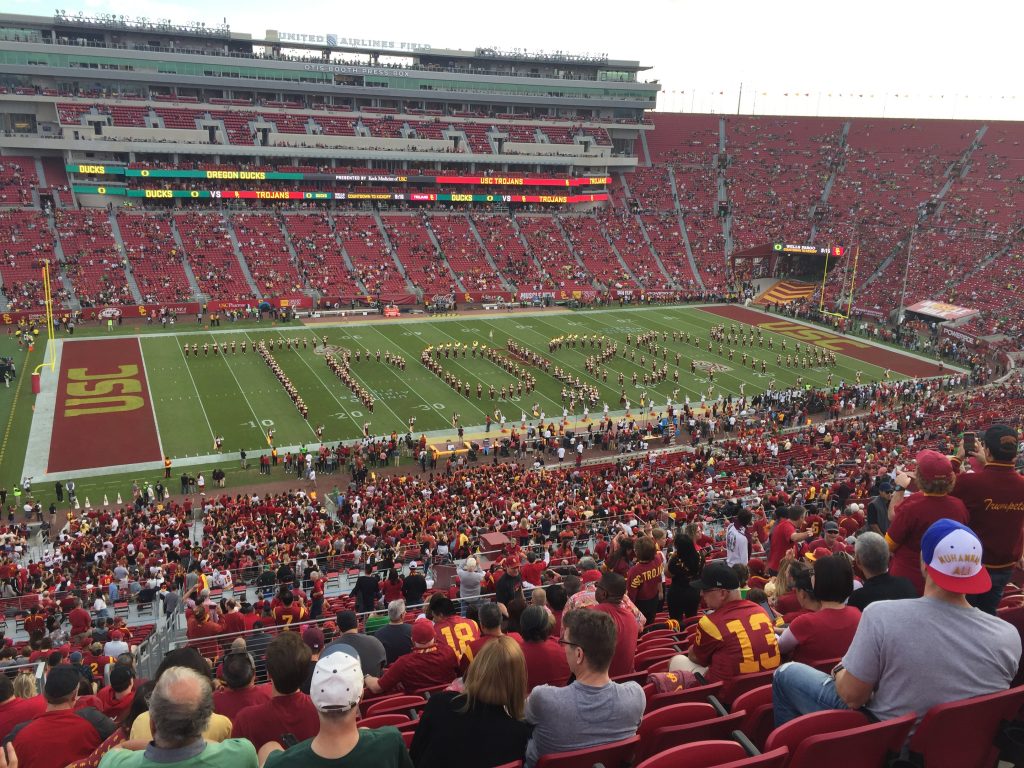 The view from the nose-bleed section. These terrible tickets were $200. Each.

It didn’t take long for the mood to improve as the Ducks began scoring at will – returning a kick-off for a touchdown and intercepting for touchdowns. Fun! 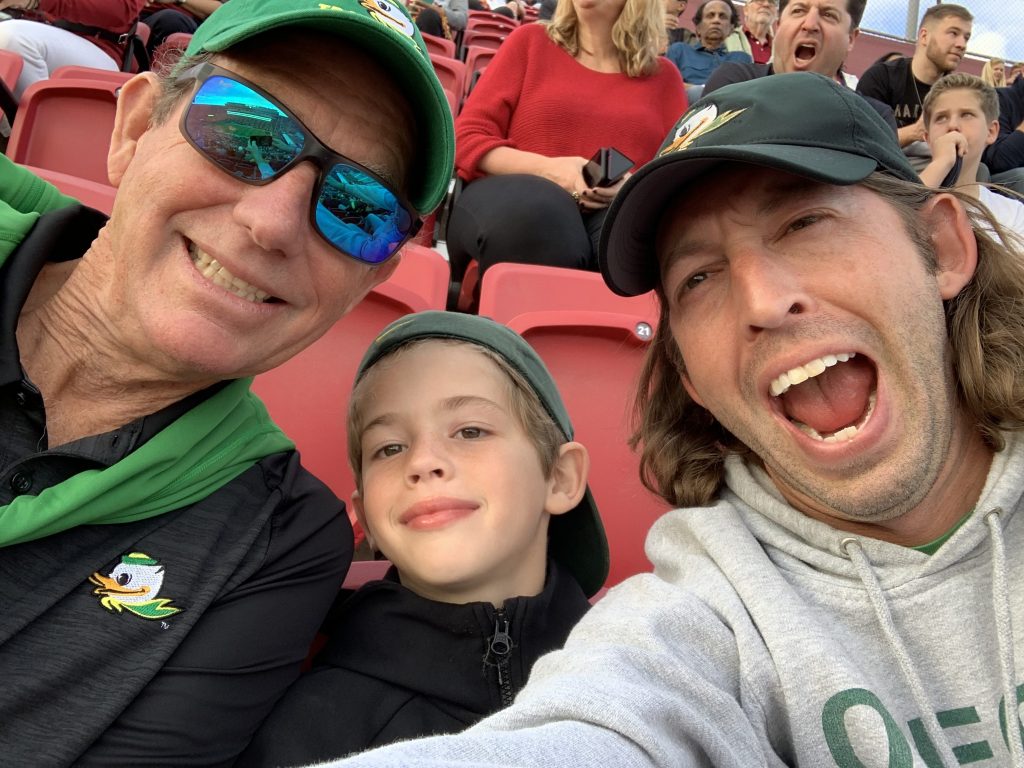 Sunday was busy with both kids at Hebrew school in the morning, Lucy had a birthday party, Halloween decorations stored-away until next year, and the girls went to IKEA to buy a small rug for Lisa’s kitchen. We went to the largest IKEA in America in Burbank, featuring 1700 parking spaces! I think my pedometer clicked off two miles. Just to buy a rug. I bought a spatula for 99 cents, but mostly we just had a lot of fun cruising around IKEA.

The kids went to school Monday morning, so Dave and I headed back to Indio, stopping for enchiladas at the Soul of Mexico in La Quinta. 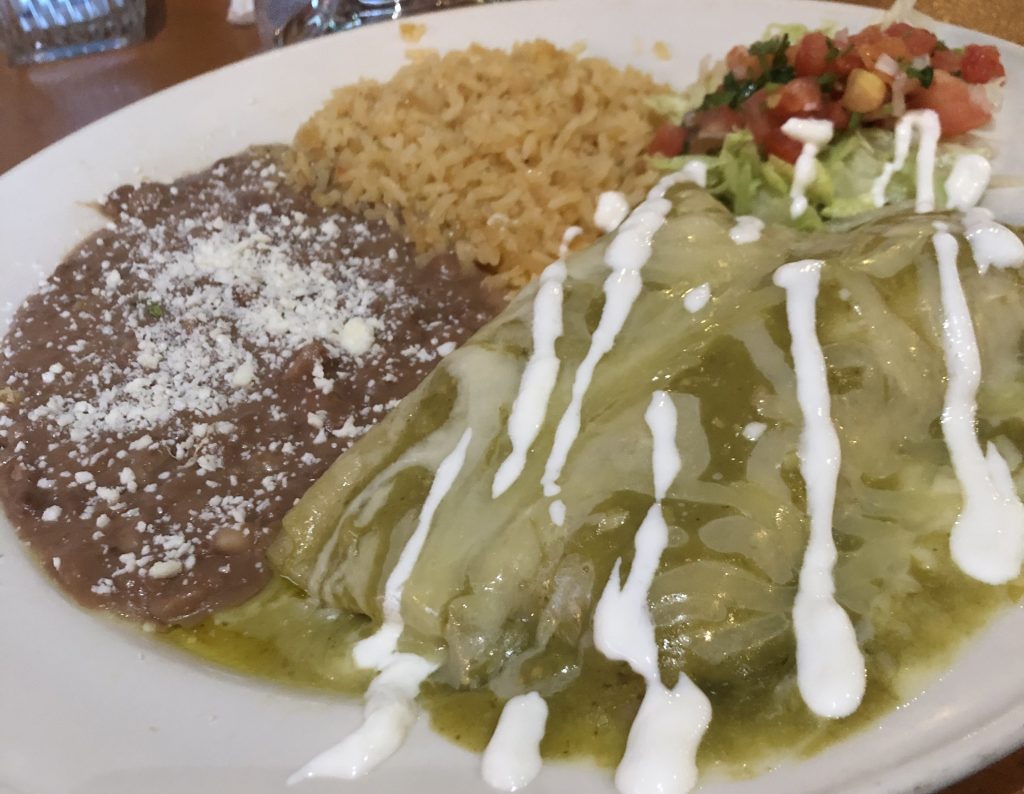 When we arrived to our campsite, we were surprised to find the water level in the lake the highest we have ever witnessed. Several inches of the liner are usually visible, but today, the water level was up to the grass. Boaters were urged to not attempt going under the bridges for fear of crashing the tops of their boats. 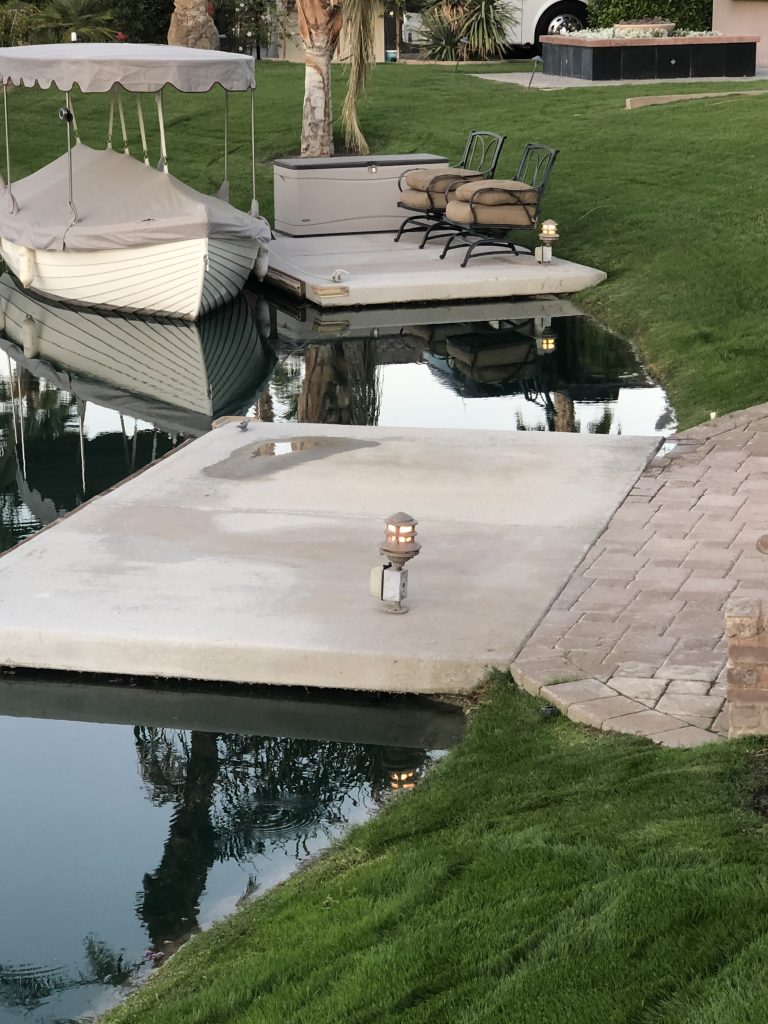 No dinner for us tonight after our big lunch… but more football was on television.