TrackTown, USA: The Ducks remain unbeaten after besting the UCLA Bruins at Autzen Stadium. As with every game this year, the Ducks start slow, with a not-very-exciting first half, then switch into fifth gear to totally dominate their opponent with exciting score after score.

Eaton selecting the Oregon Ducks to beat the UCLA Bruins

And only a track fan would post photos of a track star in a column about a football game.

As I mentioned yesterday, ESPN Game Day was in Eugene for the eighth time, broadcasting from the beautiful University of Oregon campus. They selected the World's Greatest Athlete (Olympic champion, world champion and world record holder), decathlete Ashton Eaton, as their weekly guest star. Eaton discussed the top college football games of the week with the ESPN crew. It was a fun segment and Ashton showed-up with his Olympic Gold Medal around his neck.

We arrived at Autzen Stadium just after noon, proceeded to set-up our party situation and just when it seemed like our party would be quiet and not-so-crowded, I suddenly looked around and we had 50 guests. Where do all these people come from? 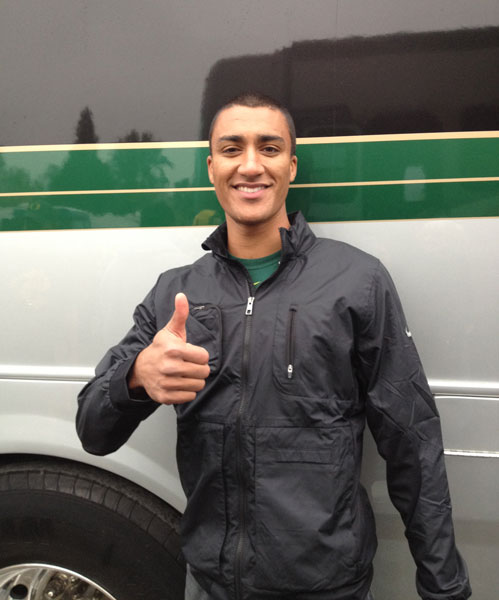 Only a track fan would post another photo of a track star in a column about a football tailgate. Yes, the WGA stopped-by our party - this time without the gold medal, but with his beautiful bride, Canadian Olympic Heptathlete Brianne Theisen-Eaton.

Meanwhile, down in Los Angeles, Lisa and Lenny had a few people over for appetizers before the adults went on a haunted hayride. Leo stayed home with a sitter, but dressed-up for the shindig: 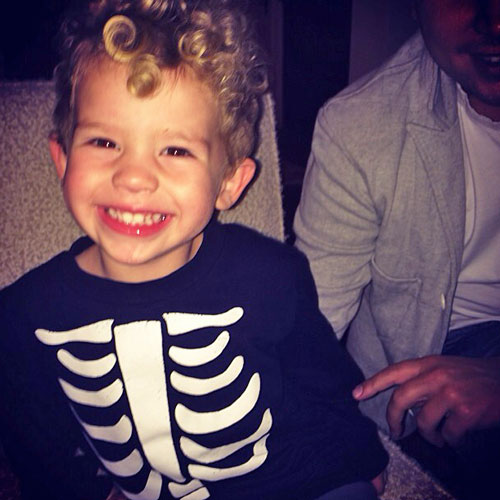 Only a terrible Bubbe would not post this adorable photo of Leo in a column about football. Those curls!

Our trip "really" starts tomorrow! Sunday, we point this bus south with adventure in mind. Until my next update, I remain, your wandering correspondent.