Nashville, Tennessee: We drove from Knoxville to Nashville this morning, and dropped Chris off at the airport before returning to the same downtown hotel for one last night in Music City. After a quick rest, we walked down to Broadway Street and went from bar-to-honky-tonk-to-bar-to-restaurant-to-bar. The Tennessee Titans were beating playing the Oakland Raiders across the river. Tennessee fans and Oregon fans were enjoying the warm Sunday afternoon in Nashville and we had a wonderful time talking smack football in Nashville.

Our first stop was for food. Unfortunately for you, Dear Patient Reader, we were starving and I did not snap photos of the perfect barbecue we enjoyed at Jack's. We had pork ribs, pulled pork sandwiches, chicken and beef brisket. Everyone thought this was one of the best barbecue we have ever tried and some of us have actually lived in Memphis. (That would be Woody & Kathy.) We highly recommend Jack's in Nashville - thank you, Clay and the random fifty other people for the recommendation.

After lunch, we walked a few doors down to Tootsie's World Famous Orchid Lounge for a drink. 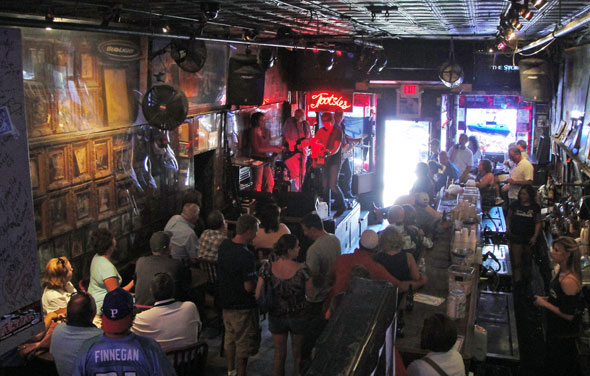 The Sunday crowd was fun and a girl from southern Oregon was singing! 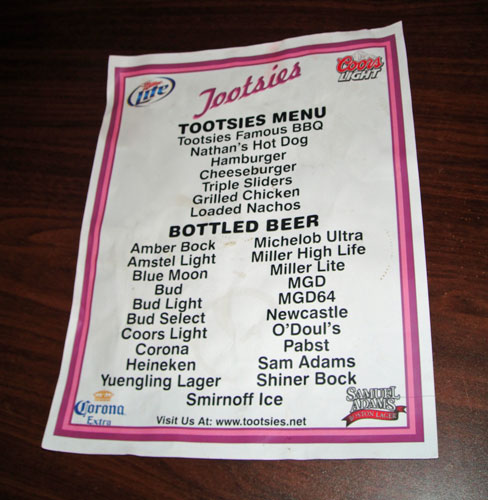 Not an extensive menu at Tootsie's 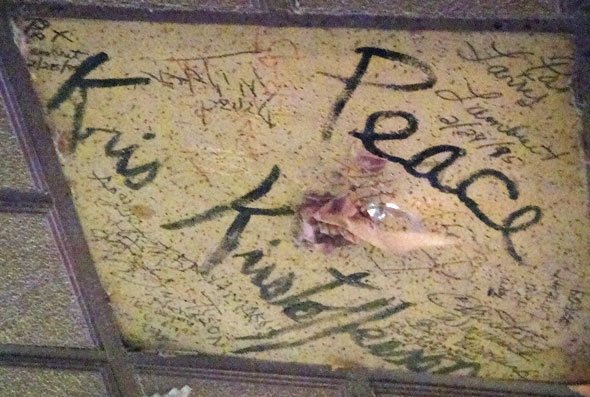 As we learned on our NashTrash Tour, at one time, Kris Kristofferson lived before we were born above Tootsie's. We know this because he wrote his name on the ceiling.

NOTE TO SELF: Write your name on the ceiling of every place you ever stay just in case you become a famous singer. 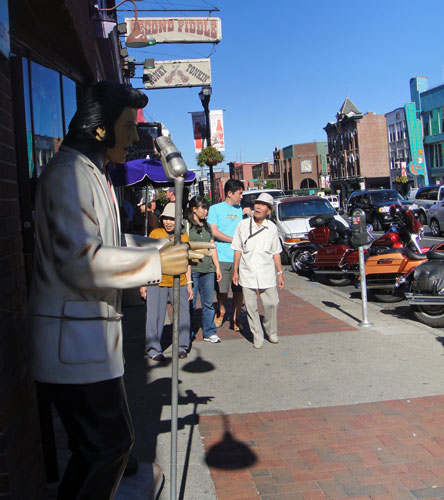 There a zillion tourist shops and bars on Broadway Street in Nashville. Tourists from every football team and nation. 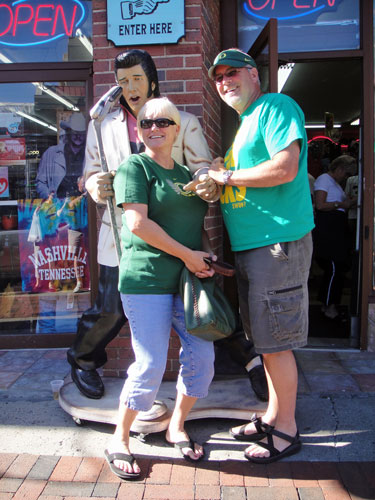 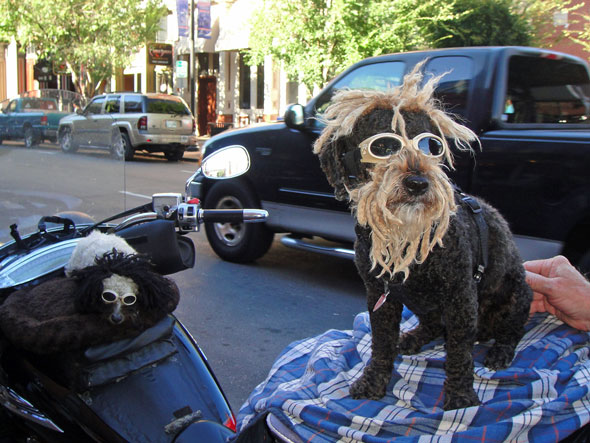 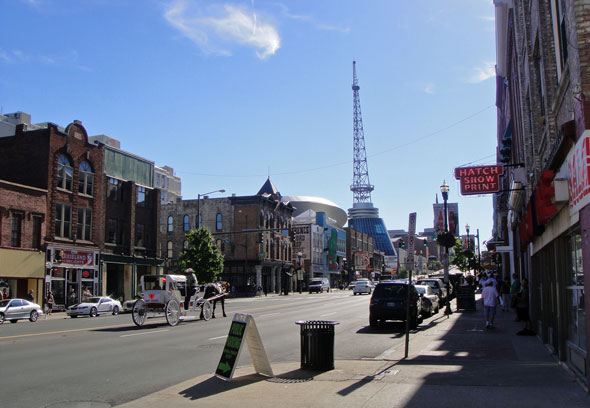 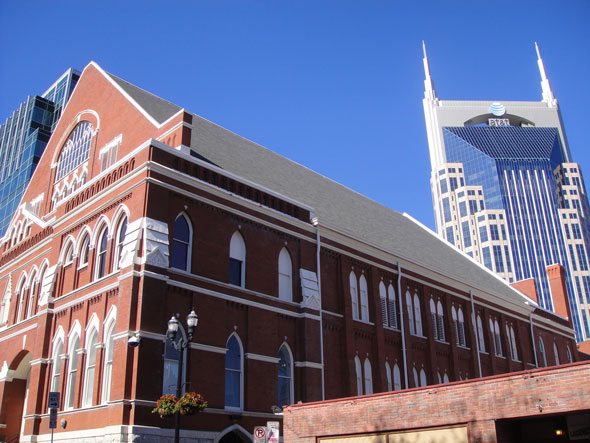 Great music. Tonight Black Crowes. Last night, Reba.. Something for everyone in Nashville... including architecture. 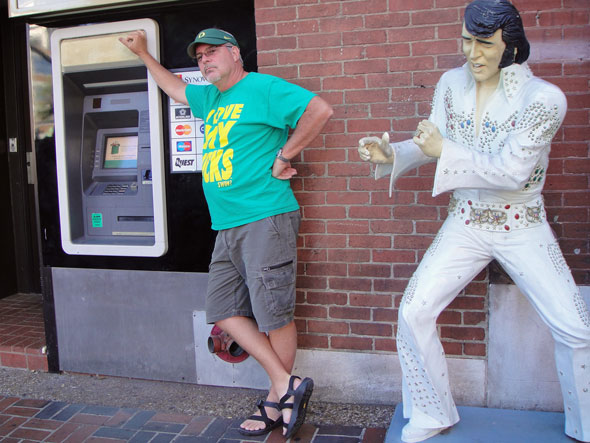 The King Woody had made enough trips to the ATM, so we headed back to the hotel for rest and then had a lovely meal at Merchants before calling it a night. Our last night in Nashville was wonderful. We truly enjoyed the hospitality we received from the Tennessee fans and look forward to 2013 when the Vols come to Autzen Stadium! 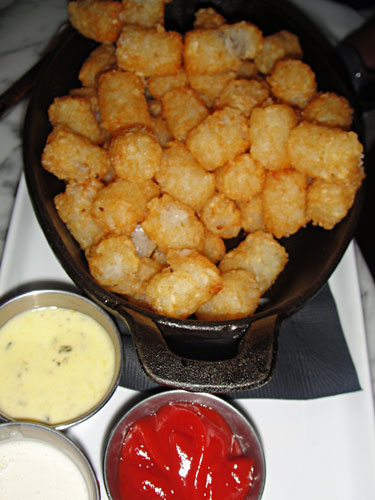 I hope my physician does not read this website.

Until my next update from Oregon, I remain, your Nashville correspondent.
« 48-13 Jack’s Bar-B-Que »