The Happiest Place on Earth:  It is 10p as I sit down to write about our day. I have edited many photos, so will simply post them with captions this evening. This Bubbe is pooped. Over seven miles on my pedometer and I did not exercise this morning.

Who had time? We arrived at the Disneyland gates at 8a, as hotel guests are allowed entry one hour before the park opens to the general public. We are also celebrating DT's birthday. Dave was given a button to wear and every single Disney Cast Member wished him a Happy Birthday. 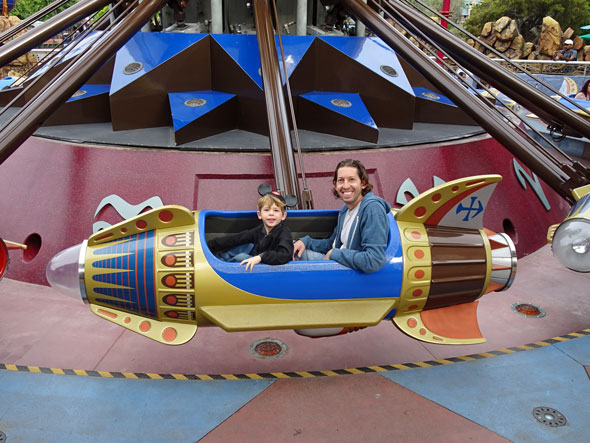 Leo and Lenny in a rocket ship on the Astro Orbitor 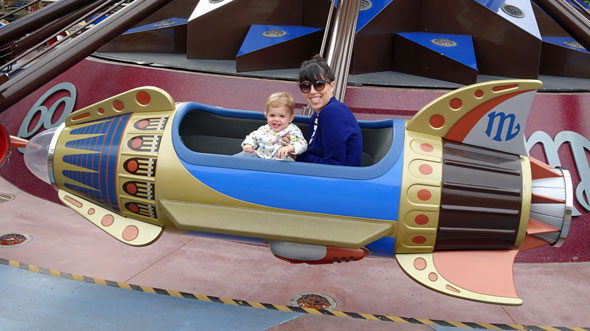 Lucy and Lisa on the Astro Orbitor 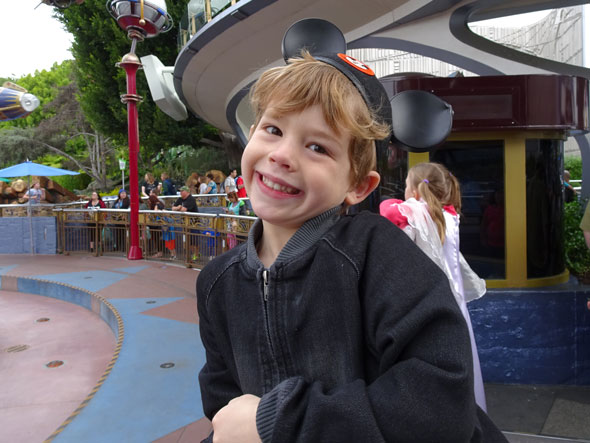 There was a lot of "one adult staying/waiting with Lucy" on several rides that she could not handle or was not tall enough to ride - lots of Star War stuff. I was happy to wait with her, as I am not a fan of this sort of activity myself... or I'm not tall enough either. 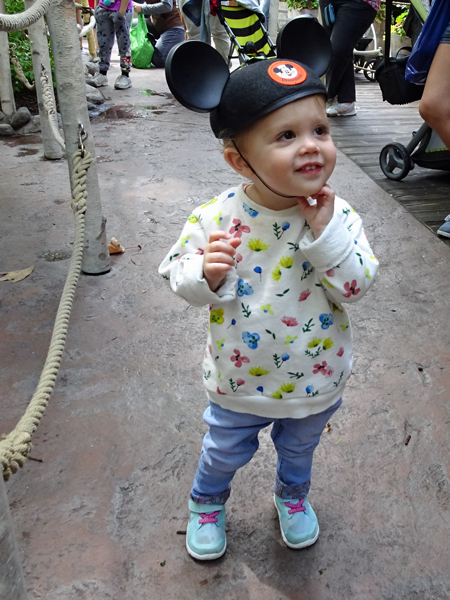 Plus, when the Big Brother is away, the Little Sister can play with his hat. Lucy received her first set of ears later this afternoon. 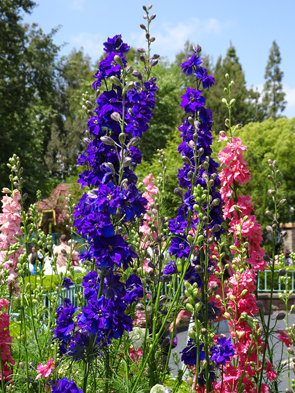 Vegetables and flowers - we saw vegetables (like the artichokes above) growing all over Disneyland today. Lettuce. Rhubarb. Broccoli. Spinach. 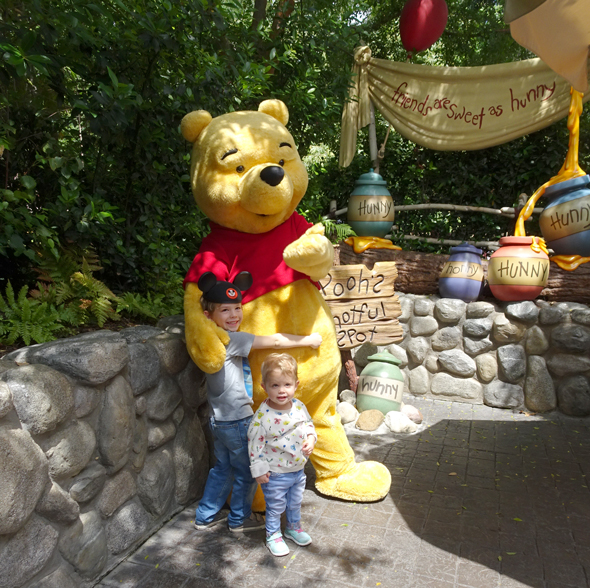 There was a lot of posing with Disney characters, but Lucy just kept saying MikMouse... so Lisa finally asked a Disney concierge and was told (in complete straight face) that Mickey Mouse was at his house and his house was in Toon Town. (Like... duh... doesn't everyone know this???) 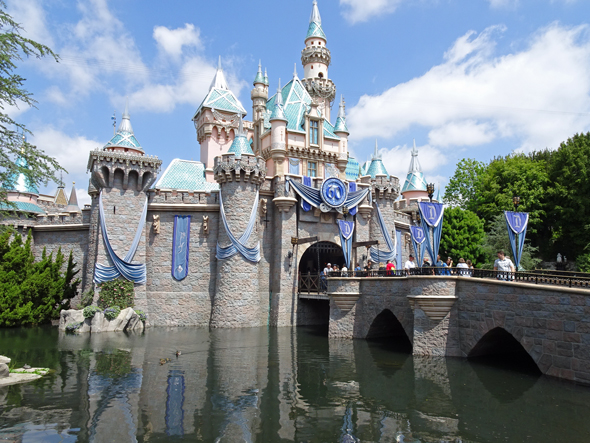 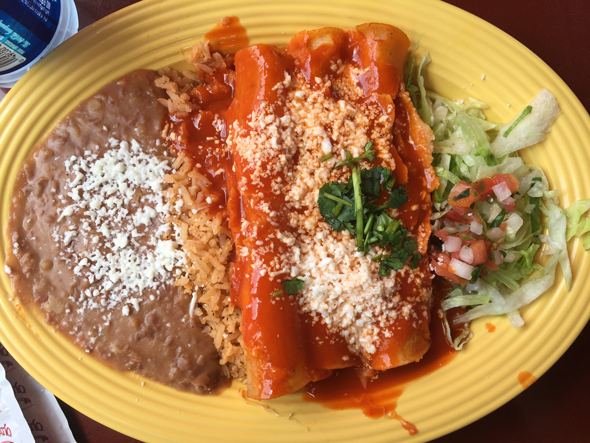 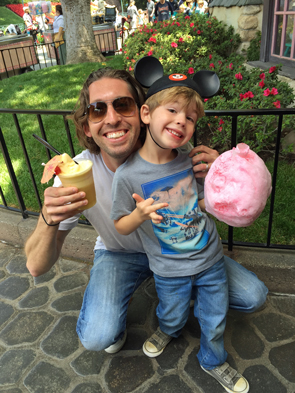 After lunch - the boys had sweets (Dole whip & cotton candy) 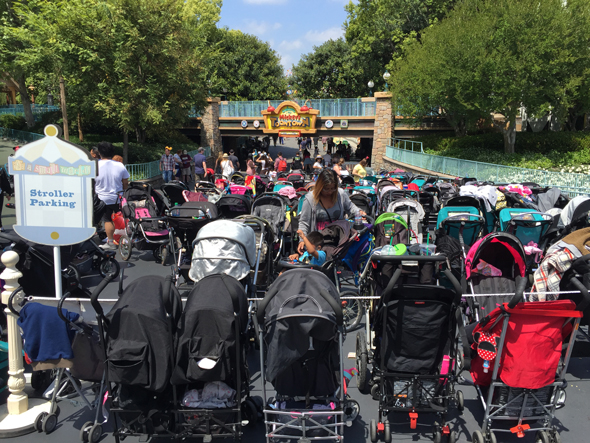 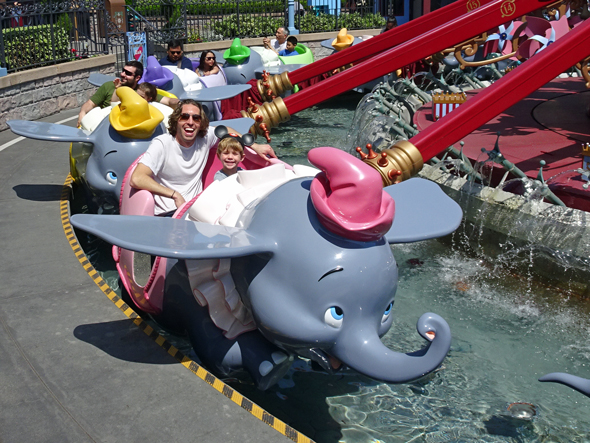 Lucy napped in her stroller after lunch, so Lenny and Leo rode Dumbo the Flying Elephant and went on a boat ride to see Pinocchio. 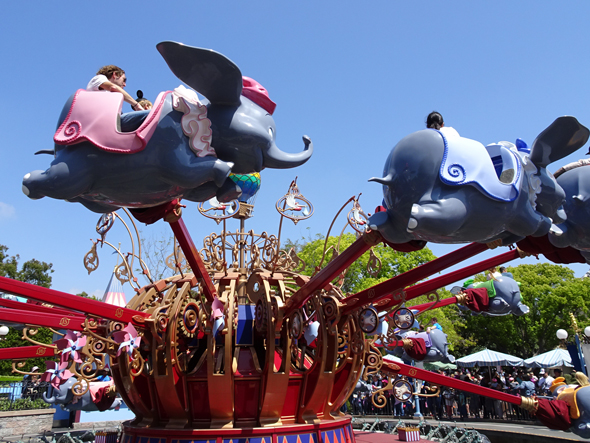 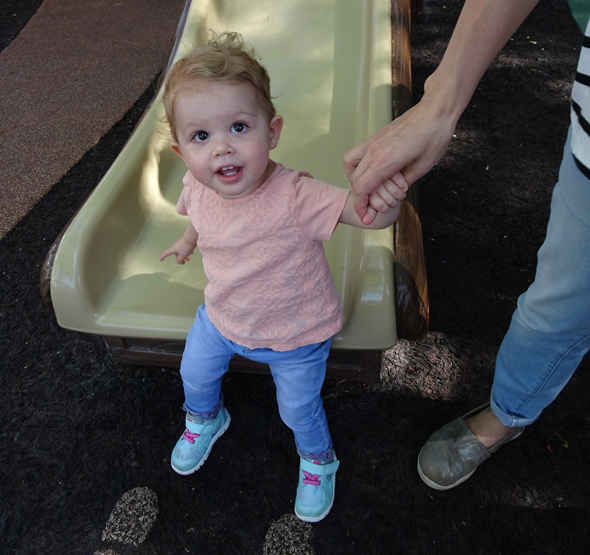 We finally meandered our way to Toon Town. The boys went on a few more rides, while the girls found a shady playground for toddlers. Lucy had a blast and was able to go up the stairs to the small slide all by herownself! Such a big girl.

We went to Mickey's house. He was home. He invited us in and posed for photos. 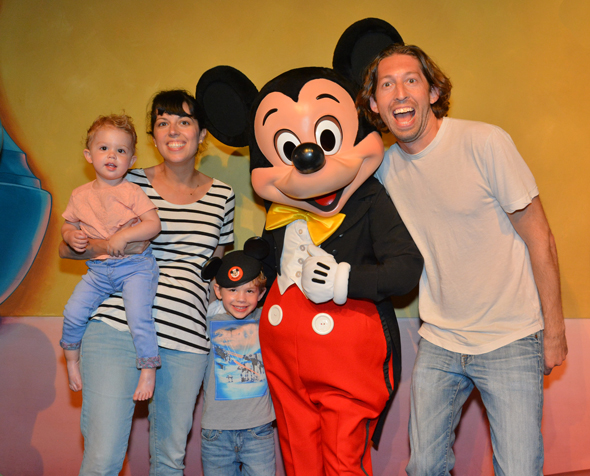 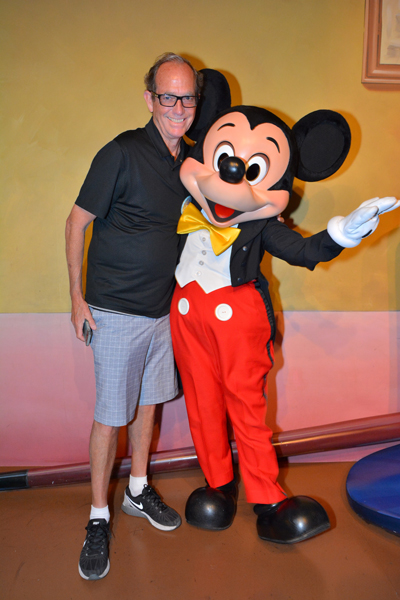 And a very happy birthday boy

We visited all the "lands" and hit most of the rides. Everyone had so much fun and the kids were so well behaved. Leo was a 44-inch-tall trooper and even took the plunge down the huge waterfall on Splash Mountain (braver than his Bubbe)! The weather really cooperated - we needed sweaters in the morning, and it didn't get too hot in the afternoon. We were all tired after NINE HOURS in Disneyland, so had a quick dinner in the hotel dining room and called it a night.