Our "two or three day" deck job has passed Day 5, with more work still to be completed. As I have said previously, the guys (today it was just "guy") are doing a very good job - it is just dragging on and on. Over the weekend the missing rails arrived and Steve was able to complete the main deck this afternoon. 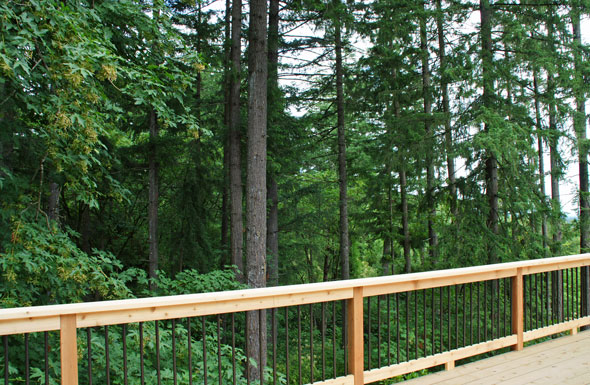 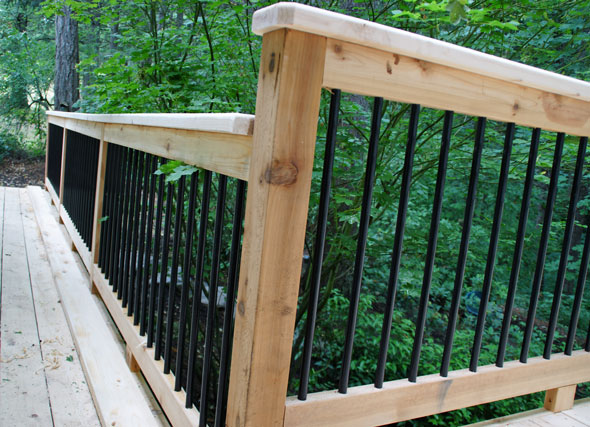 The walkway around the house is complete 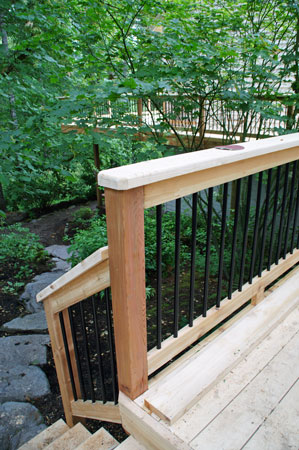 Did I mention it rained this weekend?

Two additional (smaller) balconies on the south side of the house also need the railings replaced. Steve didn't get to them today, but he did leave this very non-OSHA-complaint hazard for us tonight: 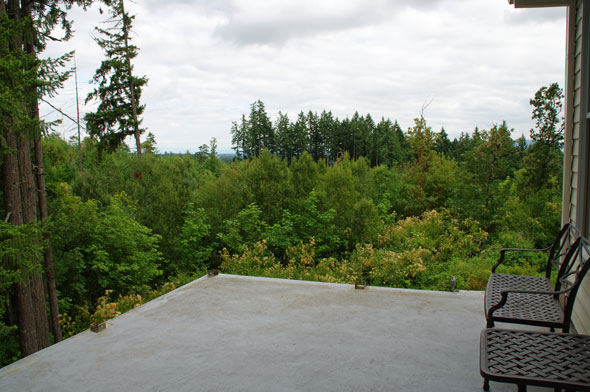 No cocktails on the patio tonight - it's only about 19 feet down! DT and I were busy today ourselves. We watched part of the Maccabiah Games Opening Ceremonies, but we could not find Dustin in the sea of people. And, in preparation for the delivery of the massive television tomorrow, I went to the cable company to fetch one of the new HD DVR boxes. This was the first time I had ever visited the cable company. It was amazing... very similar to a visit to the DMV... or Baskin & Robbins. You have to take a number and wait your turn. Do I need to get out more? Dinner was prepared early this morning in the crockpot. Remember that day in Aprilwhen we went to three BBQ joints in Lockhart, Texas? The brisket I bought for our freezer (from Kreuz) went into a wonderful pot of black beans today. Dang, if it wasn't just delicious - that smoky flavor permeated the entire house all day. Just scrumptious. After dinner, I realized my parents don't like me. Pretty difficult to take so late in life. Though I feel I have been a good daughter, my parents have decided to drive me crazy... with a game. A cruel, mean, miserable game - a puzzle map of our house! 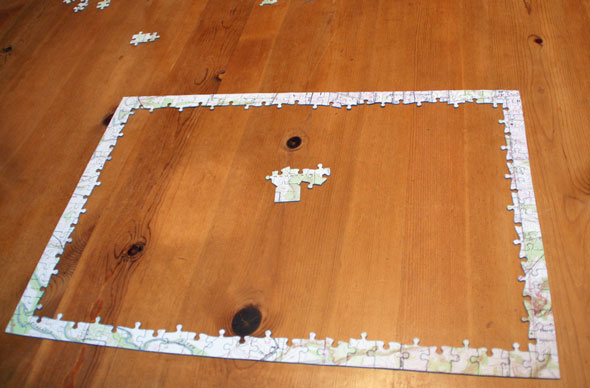 We thought it would be so much fun!

The center puzzle piece is shaped like a house and in the center of that piece is where our house is situated - very clever gift! Okay, it is a very clever gift if you live in New York City... or Los Angeles... or, let's say, Cleveland. If you live in the sticks, the map around your house is only teeny topography - creeks, the occasional rural route - and thankfully in our case - BLUE (easier to piece together) river. If you want to drive your rural friends insane, order one as a gift. We started on the puzzle at 7 pm. Here is a photo of the puzzle at 11 pm: 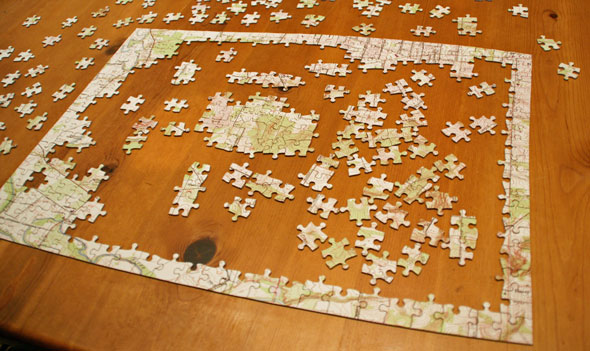 Is it too late to put myself up for adoption?

Either that, or I am moving to Manhattan.

Until my next update, I remain, your puzzled correspondent.

« Vintage We no longer need glasses to watch television »