We no longer need glasses to watch television

If you can even believe this - the deck dude was a no-show today. It was dreary this morning, so we gave him the benefit of the doubt... thinking he would arrive when the clouds parted. The clouds parted. He didn't show. Not even a phone call... and don't forget he left us with an extremely dangerous (19-foot drop-off-with-no-railing) situation last night.

However, the TV delivery was right on cue! Yeah. Two very nice fellows brought the monster into the house, unpacked it from a huge box and lifted it onto the console. They plugged the TV into the outlet (to make sure it worked) and left. Well, not before one of the guys looked over at an autographed photo on a table and said, "Is that Pops Mensah-Bonsu?" You couldda knocked me over! Now, before you get to thinking too much, I did say it was an autographed photo... but the signature is only an NBA swirl and there was NO WAY he could have read it... and if he could read the signature, there was no way he would have pronounced it correctly. He said he loved watching Pops when he was at GW and followed his career to the Dallas Mavericks. Gee whiz - who would think there were two Pops fans in town? (Why do I have an autographed photo of Pops? He sent it to me because he likes me.)

Just after the television was delivered, My Favorite Purdue Engineer showed up and spent (at least) fifteen minutes wiring the television to the HD cable DVR and Blu-Ray DVD player.... without even looking at the instructions! Chris is so smart! He programmed the TV, DVR and DVD player so that they all respond to the same remote. You know what this means? We only have ONE remote.

Be still my heart.

Send your kids to Purdue, people! 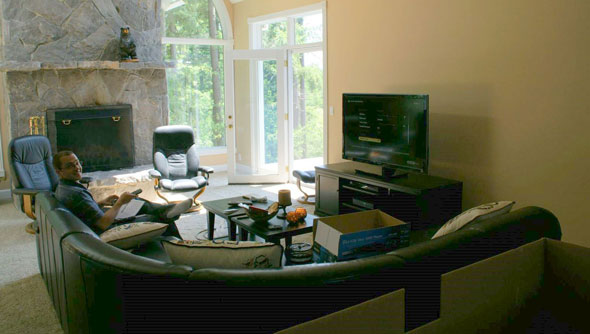 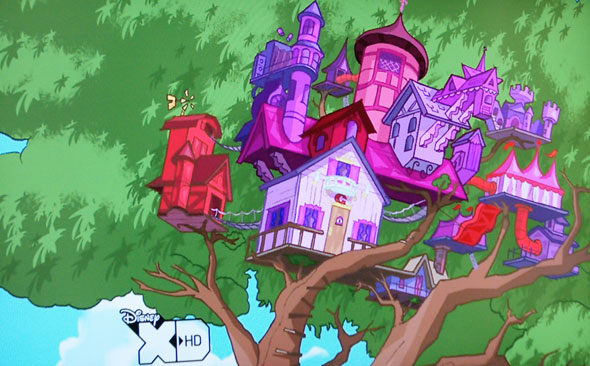 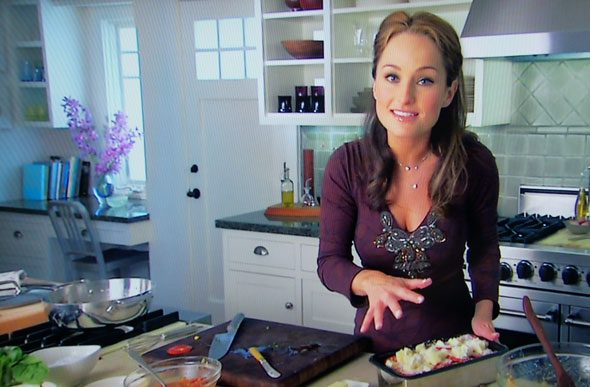 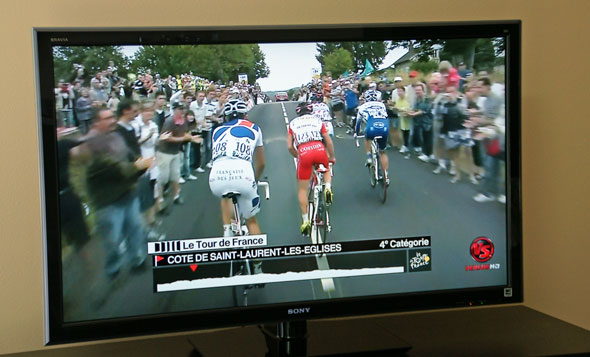 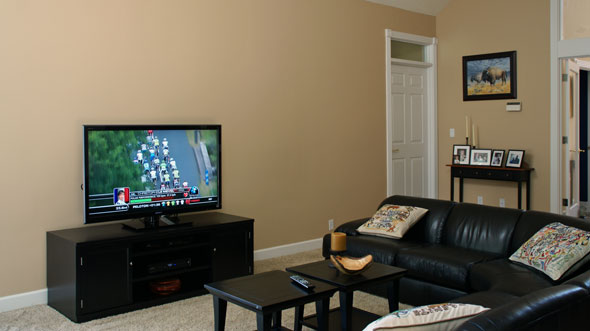 Next we will work on the art work and photos to clutter up personalize the room a bit.

Now, back to that damned puzzle.

I swear it was after midnight before we went to bed last night... the puzzle is like crack. DT worked for hours this afternoon too... but teeny pieces (400 of them - with teeny topography lines) were very difficult to see. Finally, My Driver was able to piece the roads together, so we could get our feel around the addictive puzzle. 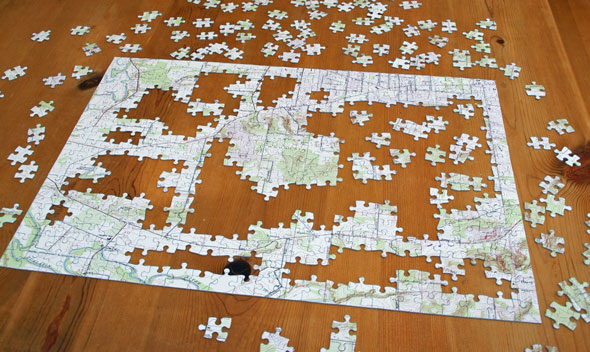 And in the "Karma" department... my Dad drove off in his RV today with a bay door open and ripped the door right off his motorhome. Yes, it was an easy and quick fix... but still... giving people ridiculously miniscule topography puzzles will come back and bite you in the ass haunt you.

DT could not rest until the puzzle was finished. Never in our lives have we worked on such a difficult puzzle or game. 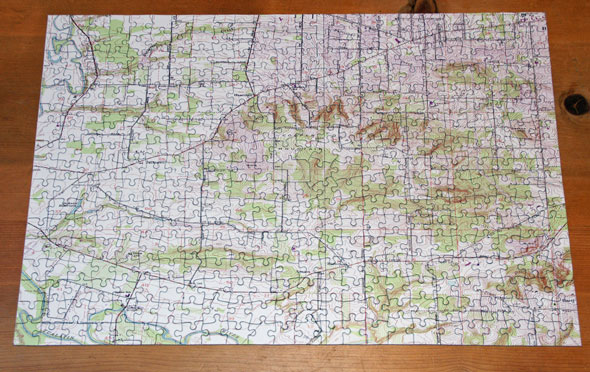 We had very good news from Israel this afternoon! Dustin won the Silver Medal in the Maccabiah Games 400m! Not even his race. So happy for him (and he ran a personal best). Tomorrow evening in Tel Aviv (6:25a pacific), Dustin runs the 800m final (his true distance) and I am hoping for a gelt medal around his neck. CONGRATULATIONS, DUSTIN!!! GOOD LUCK TOMORROW!!!

Until my next update, I remain, your "there's no place like home" (especially when it is in 52" HD) correspondent.