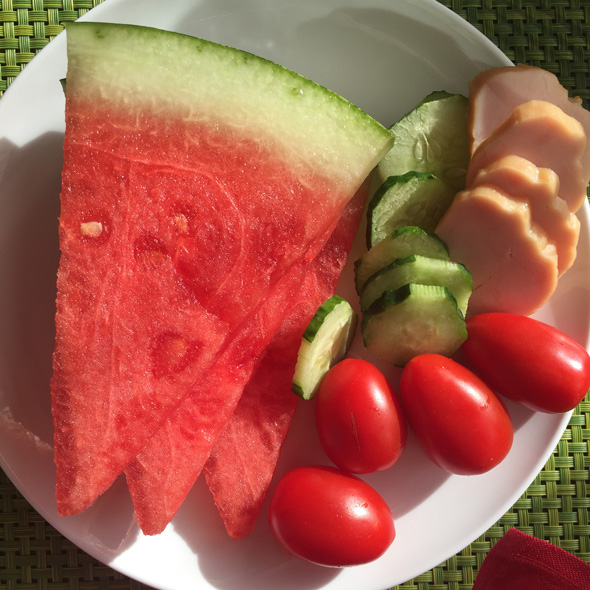 Beijing, China:  The breakfast buffet at this hotel continues to be amazing, which is a good thing as the smoky dated rooms leave a bit to be desired. Sadly, I do not partake of the pork-o-rama (piles - actual massive mounds - of crispy bacon, sausages, steamed buns and dim sum). Today, only watermelon, tomatoes, cucumbers and smoked chicken. Their coffee is also most excellent. 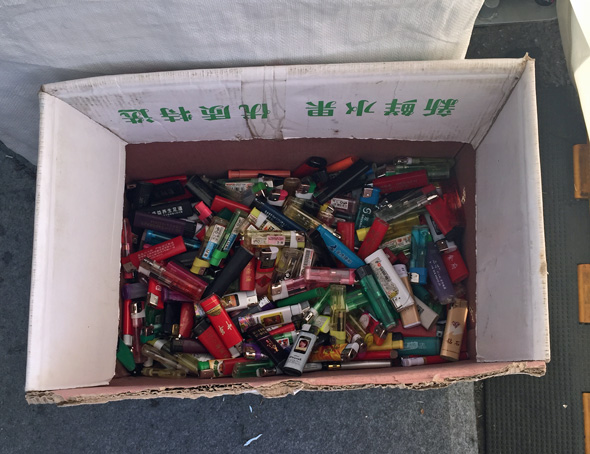 Lighters confiscated at the security checkpoint to enter the stadium

Dave and I were over to the track very early to watch Oregon's favorite son, The World's Greatest Athlete, World Record Holder, World Champion, Olympic Gold Medalist, Duck alum and all-around World's Greatest Guy Ever, Ashton Eaton, compete in the decathlon. The US entered four athletes in the decathlon. Ashton (automatically eligible due to being the reigning World Champion) and the three top finishers at the US Championships - Trey Hardee, Jeremy Taiwo and Zach Ziemek. It's a brutal sport. Ten events over two days. The athletes work so hard and the stands are rarely filled with appreciative fans.

Ashton started very well, winning the 100m and claiming an early lead. Eaton ran 10.23, the fastest ever in a World Championship meet. 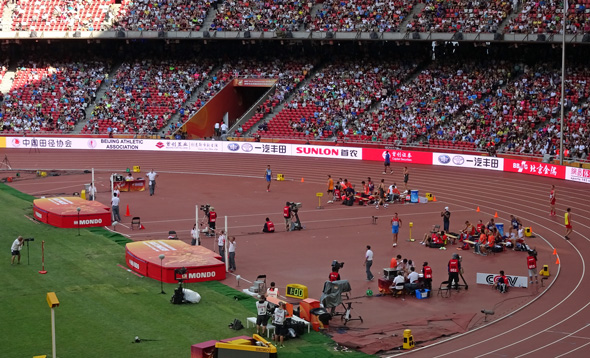 Eaton did not fare quite as well in the next three events (the high jump, long jump - one of his strongest events - and shot put), but retained his lead by a narrow margin. American Trey Hardee had to withdraw during the shot put due to an injury sustained during a long jump attempt. 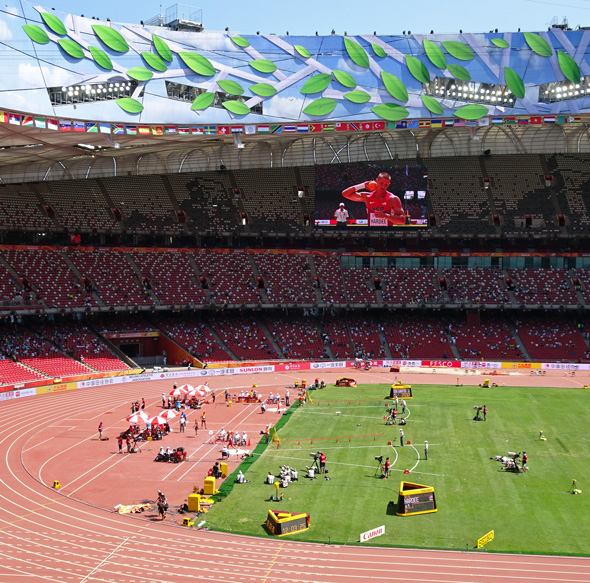 During the mid-day break in the program, we took our friends and TrackTownUSA committee members back to Da Dong Peking Duck in the Tuanjiehu section of Beijing. They were tired of hearing us swoon about the Peking Duck we had yesterday, so wanted to try it themselves. 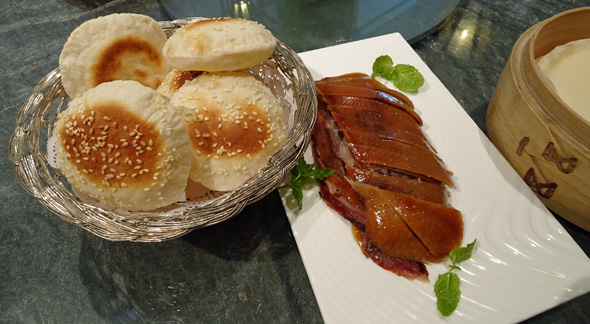 Puffed bread or thin pancakes, stuffed with crispy duck! Oh goodness, everyone just loved their lunch and were so happy they decided to make the trek downtown. Since we had a good-size group, we could order a few different things (and two ducks!). 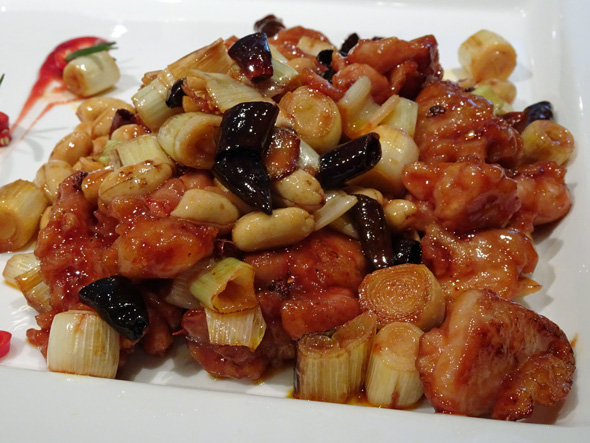 Calvin had really enjoyed the Kung Pao Chicken we had near the Great Wall the other day, so we ordered it at Da Dong and it was super good and quite spicy. We also had a big platter of sauteed spinach. 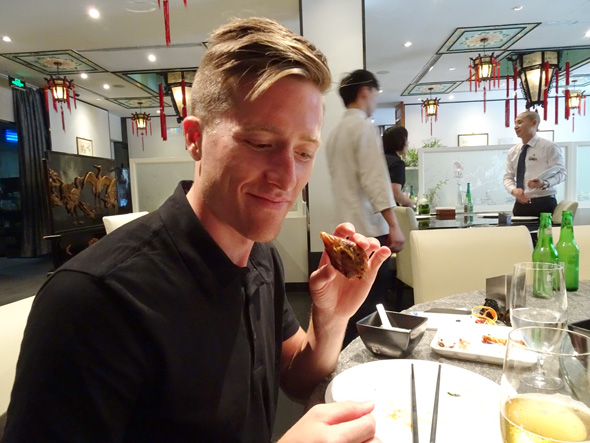 Calvin is quite an adventurous diner and had no qualms about chomping on the duck head. 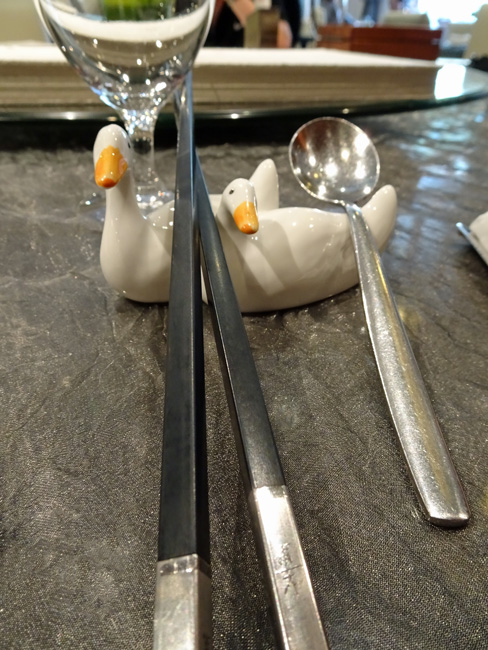 And don't you just love the chopstick rests at Da Dong? As we left the restaurant, we noticed a wall of photos of famous faces that have dined at Da Dong - His Serene Highness Prince Albert of Monaco and Joel Robuchon.

Good thing we had a tasty lunch outside the stadium today... there were questionable options inside: 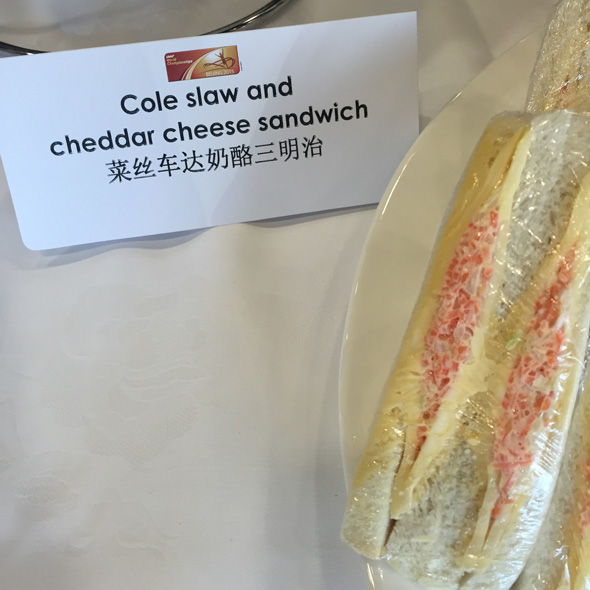 This evening, the WGA set another record. He ran 400m in 45 seconds flat, the fastest 400m in a decathlon ever in the history of the whole entire wide world. The stadium went wild. Ashton went wild. It was goose bump inducing and earned Mr. Eaton an amazing 1060 points. His lead soared with this incredible lap around the track. After the first day of competition, Ashton Eaton has 4703 points, 173 points ahead of Canadian Damian Warner and 297 points ahead of Germany's Rico Freimuth, in third place. Tomorrow will be most exciting.

It was a great day for the US (and The Peking Ducks) as Matthew Centrowitz, Leo Manzano and Robby Andrews advanced to the 1500m final Sunday night.

There were a lot of great races tonight, see complete results here. I need to go to bed.

Until my next update, I remain, your sleepy correspondent.

Peking Duck scoring: No Ducks in a final tonight, so we still stand at 14. I expect a few changes over the final two days. Watch out, Cuba - we're comin' for ya.
Official Placing Table

Something I found interesting today: The amount of volunteers in place around the stadium is simply mind-blowing. Tens of thousands. Every single of them in their early 20's. My favorite part is when the crack security volunteers fall asleep in the stands.