Los Angeles, California: Lucy slept twelve hours overnight (with a quick bottle somewhere in the wee hours) and Leo slept until after 8 o'clock this morning after his late pirate movie + popcorn night with Bubba.

The plan for today was to do something out of doors this afternoon, as rain is predicted in Los Angeles tomorrow. While Lucy napped, Leo and I baked cookies (his request was for chocolate chip - no nuts). 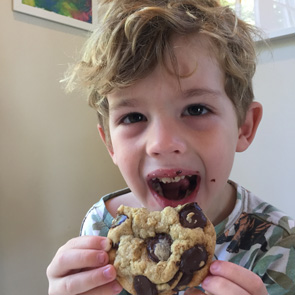 I would say the recipe was a complete success.

Yes, it is nearly noon and, yes, Leo is still in his jammies. Don't judge. 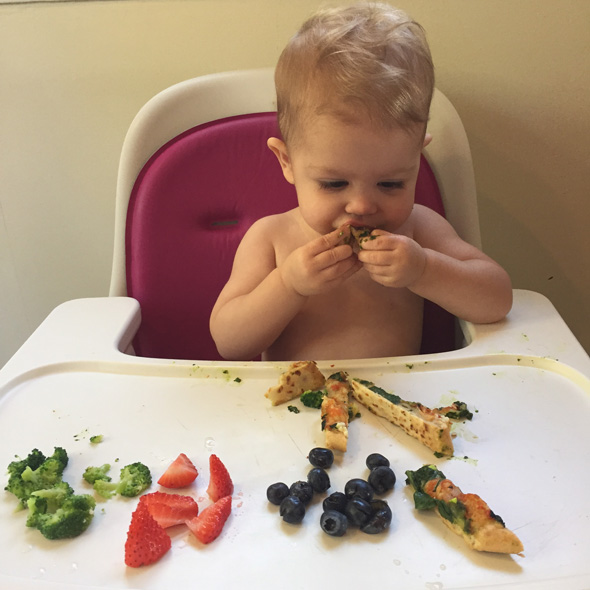 Our chow-hound (Lucy) ate another amazing lunch. Broccoli, strawberries, (smashed-for-safety) blueberries and a slice of spinach & ricotta pizza... which resulted in her second bath of the day... Lucy required a bath earlier, after eating a massive amount of watermelon with her breakfast. 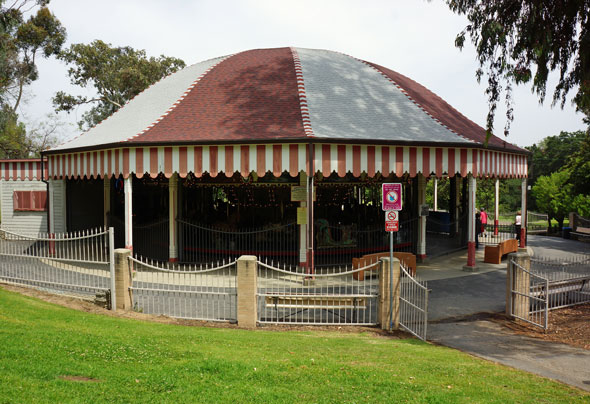 The neighborhood playground was chock-a-block due to a birthday party - complete with bounce-house - so we made a U-turn and drove to the Merry-Go-Round in Griffith Park. The carousel was built by Spillman Engineering in 1926. It is the only 4-abreast Spillman carousel in existence. The horses are hand-carved and "jewel" encrusted. When the ride opened in 1926, you needed a nickel to ride. Today you need only $2. The historic carousel is said to have inspired Walt Disney to build Disneyland. 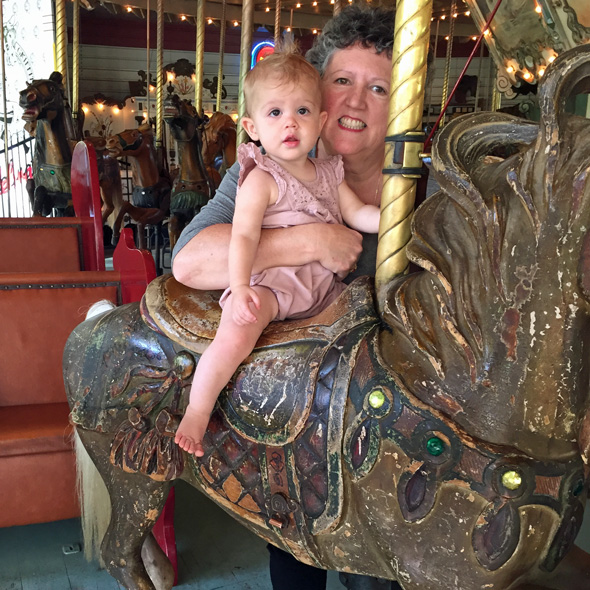 After riding the carousel, we put the kids on one of those fifty-cent mechanical horses typically found outside a supermarket. After two turns, Lucy didn't want to get off the horse! She cried. We felt terrible, but not another fifty cents terrible. 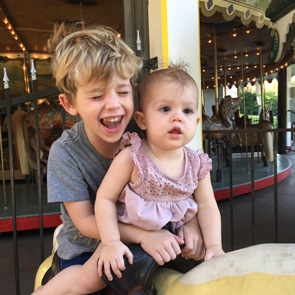 While Leo took off running up and a down a nearby slope, we side-tracked Lucy with a cracker... until Lucy discovered the exhilaration of rolling down a grassy hill. She quickly forgot about the mechanical horse. I think we have another little dare devil on our hands.

Lucy landed at the bottom of hill (with me, hovering) in the middle of a group of people picnicking and soon had a crowd of admirers encircling her and pinching her cheeks. I think we have another little charmer on our hands.

Tonight it was Leo to win the clean plate prize! He ate a corn, black olive and cheese quesadilla, chips, guacamole, more black olives and a big bowl of fruit. Yeah, Leo. 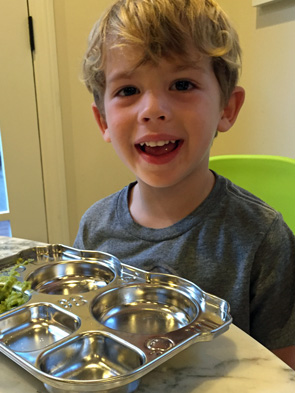 Lucy went to bed at seven. Leo stayed up to watch the Ducks at Colorado game with Bubba. The game was delayed by an hour due to lightning in Boulder. Leo was so excited for the game. He put on his Duck jersey and predicted the final score, Ducks 42-Buffalos 1... but due to the late hour, Leo fell asleep on the sofa next to DT just after kickoff.

Another great day with our two favorite grandchildren.

PS: We received a few phone photos from Lisa and Lenny today. They involved tropical beaches and Lisa drinking something out of a coconut that I bet wasn't coconut juice. Looks like they are having fun!

Until my next update, I remain, your "don't you wish they could stay little a little longer" correspondent.