Los Angeles, California: With only one complete and total melt-down (by Leo, not me), it was a pretty successful day. Our day started as most days, coffee and looking at pictures of horsies reading emails. 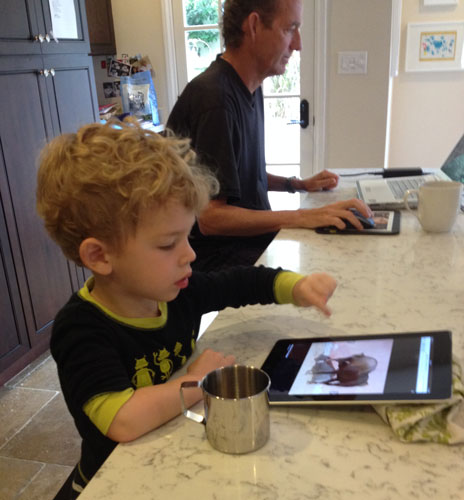 Our mission for the day was to get Leo to The Americana by 11a for yoga with his pals. The Americana is a large outdoor shopping mall built to look like a little European village... except it has fake lawn and pop music piped through speakers. Oh, and it's in Glendale, not Europe. There is a little bit of a "Vegas-style" element at the mall with a fountain spraying to the beat of the music. 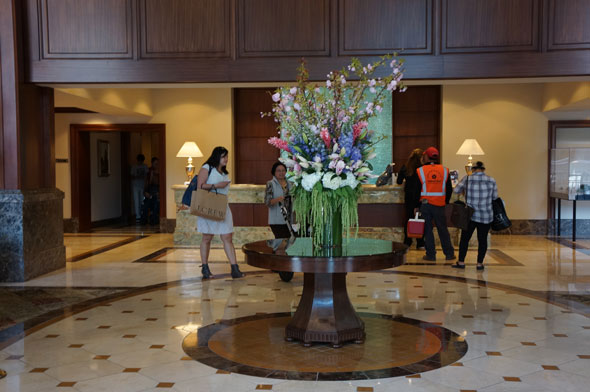 Yoga went well. By that I mean, yoga went well for everyone in the class, except Leo. He had no interest what-so-ever in sitting on a mat and practicing yoga. He wanted to sit by Bubba. Mostly Leo practiced the tumbling he learned at his gymnastics class yesterday. Lulu (his little gal-pal in green) switched between yoga with her Mom and fussing over her new baby brother. 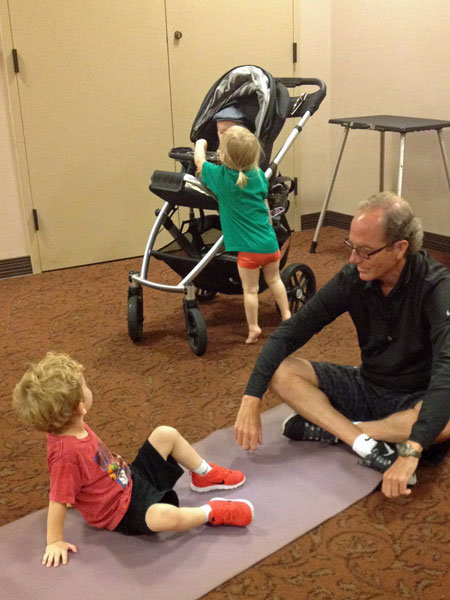 We ended up leaving the class early, taking Leo outside to see the fountain, while his friends finished their breathing exercises. 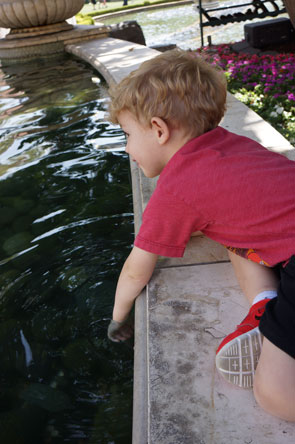 The Easter Bunny was at the mall today. Leo called it a "mascot" and really enjoyed meeting the cute little fellow. 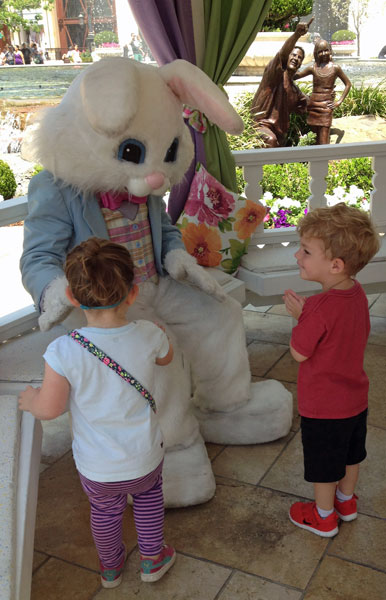 We went to lunch with his posse, then DT took Leo for an ice cream while I slipped into the cosmetic counter at Nordstrom for supplies. 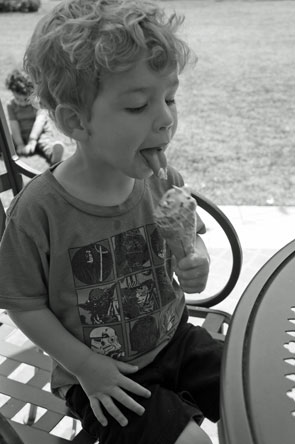 Not sure if it was the heat, the fact he was tired or the sugar from the ice cream cone... but Little Dude refused to get in his car seat. Refused. It took about ten minutes (of mostly flat-out just ignoring him) until he calmed down enough for me to strap-him-in. Leo was asleep before we left the parking garage and took a three hour nap! 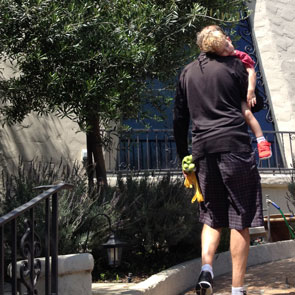 Which means Dave and I were totally refreshed and ready for a night on the town! Well, not actually a night on the town... but Lisa and Lenny had scheduled a babysitter tonight (for themselves) before this last-minute trip came-up... so they just kept their sitter on the schedule so the Grandparents could spend a child-free evening.

Let's see... flowers yesterday, dinner out today... what is planned for tomorrow, Lisa and Lenny?

Until my next update, I remain, your steak frites correspondent.
« Day One Day Three »