Los Angeles, California: Day Three of the hostage crisis sailed by quickly. This amazes me somewhat, but if you spent 30 minutes every morning just getting dressed, imagine how little would be accomplished the rest of the day. Not to mention 10 minutes just getting strapped into your seatbelt. You would be late for work every day. 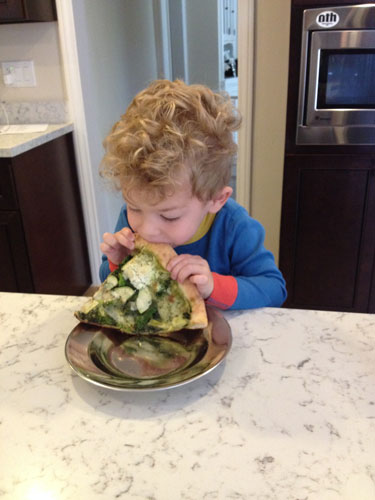 Leo had pizza for breakfast. Don't judge. Veggie pizza with zucchini, broccoli, spinach, artichoke hearts, ricotta and pesto sauce... leftovers from his delivered dinner last night with his babysitter. He ate the entire huge slice. This is Leo's favorite pizza from their local pizzeria.

Our Adventure of the Day was a visit to the Griffith Park Merry-Go-Round. The carousel was built by Spillman Engineering in 1926, and has remained at this site since. It is the only 4-abreast Spillman carousel in existence. The horses are hand-carved and "jewel" encrusted. When the ride opened in 1926, you needed a nickel to ride. Today you need only $2. 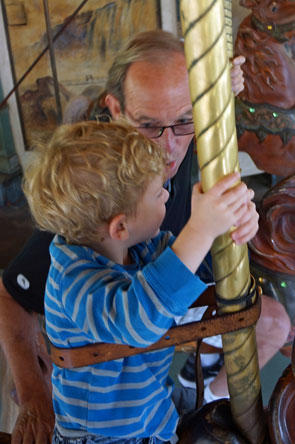 A Stinson 165 Military Band Organ accompanies the riders and has thousands of songs to play. The best part of this ride was either 1) watching Bubbe climb up on a horse or 2) watching Bubbe climb down from her horse, as the steed was at the top-most position when the ride stopped and Bubbe is five feet tall. I was pretty-dang graceful, required no assistance and landed on two feet, much to the amusement of the attendants. 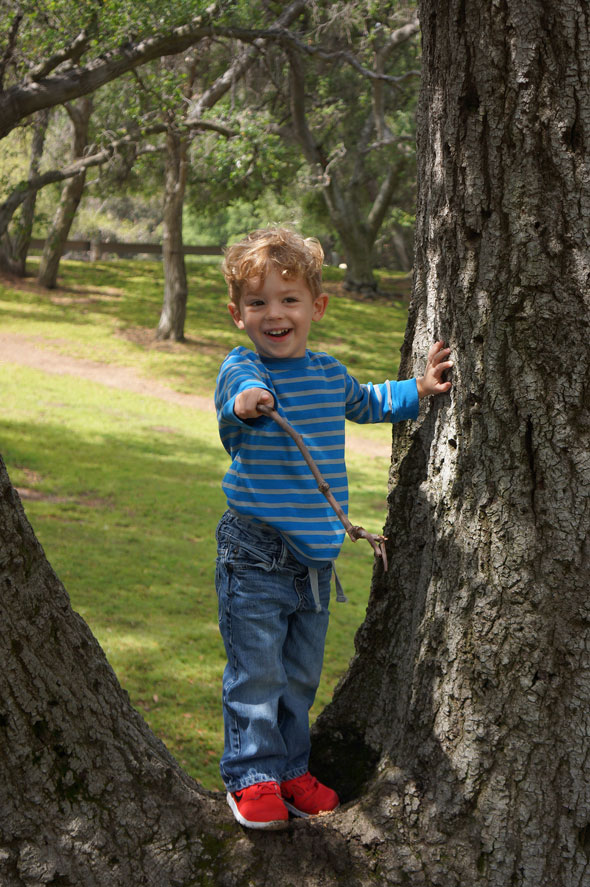 After the carousel ride, our little grandson wanted to climb up a grassy hill, play with sticks and climb trees. 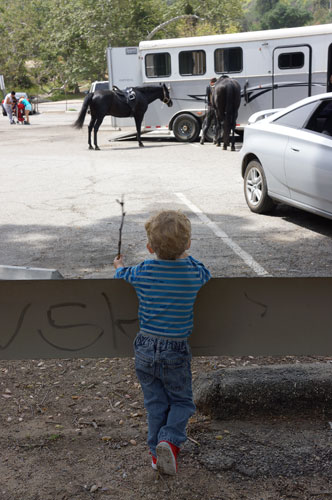 Two riders appeared on beautiful black horses and Leo was completely spell-bound. He stopped and leaned on a railing as the riders dismounted and prepared their horses for a trip in a horse trailer, presumably back to the ranch. Leo spoke directly to one of the riders - he was not shy. He told her he rides a horse too. He had her interest until we explained the horses he rode were the $3 ponies down the road. I still think she was charmed.

Lunch? More pancakes, which Leo completely demolished again... and since the cafe had a full pastry case, he peered in and decided he wanted "that one", no... "that one", no... well, you get the idea, until he finally settled on a DOUGH-NOT. It's something like a CRONUT... I think.

Leo removed the top layer of the dough-not and proceeded to eat the chocolate filling.

Bubba had a Big Assembly Project while Leo was napping this afternoon: 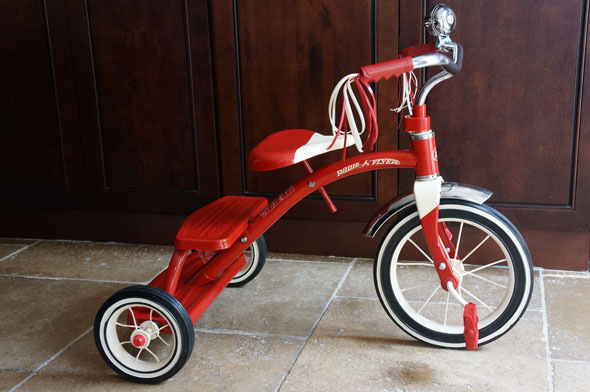 Oh, yeah... it's a Radio Flyer tricycle! Bet many of you had one as well.

Dave and I rarely buy Leo a thing. The occasional book, but really - he just has so many toys. But we finally decided it was time for the kid to have a tricycle. Turns out, he is still a little young for a trike, but we are fairly certain Leo will figure it out some day soon and not go to Harvard The University of Oregon college without knowing how to ride. (FYI: one in 9 adults cannot ride a bike, but in LA adults can take lessons.) 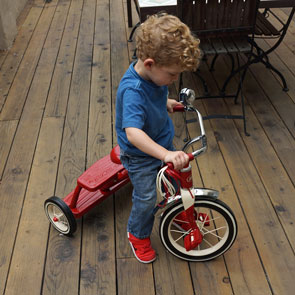 Leo was super-excited to see his new bike. He is starting to try the pedals, but mostly just uses his feet to push the bike along. We'll try again tomorrow. (Leo is super skilled at ringing the bell on the bike! I mean, SUPER skilled... like two-Advil-for-Bubbe skilled.) Little Leo didn't want to leave his bike long enough to even eat dinner! We are happy he ate a lot earlier in the day, because dinner consisted of matzo with jelly, two bites of fish, a little avocado and a few pieces of pineapple.

For your viewing pleasure, here are two shots I snapped this afternoon not of Leo in Lisa & Lenny's garden: 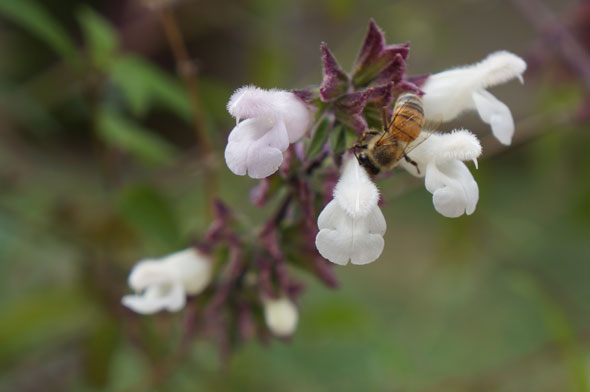 I know there is a bee shortage, but there are a zillion bees at Lisa's house all the time. 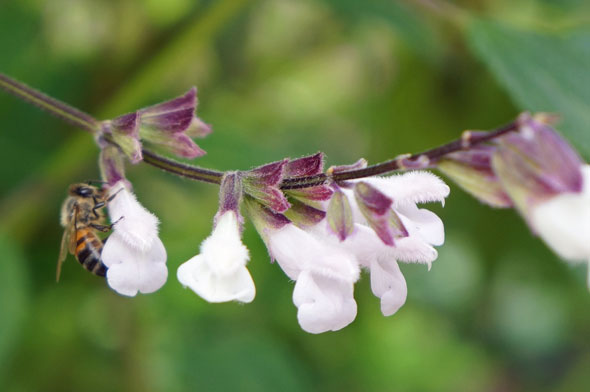 Speaking of Lisa and Lenny... 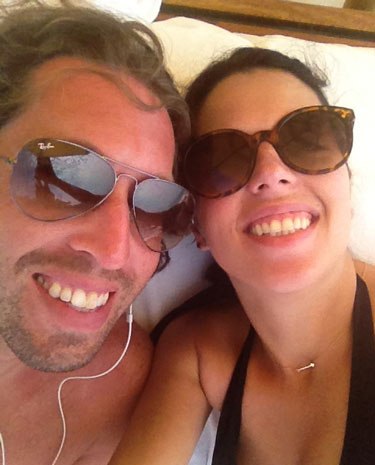 They sent a selfie this afternoon. They look very tan and relaxed. Do you think they will come home or will they just remain on their sandy beach?

Until my next update, I remain, your day three correspondent.
« Day Two Day Four »