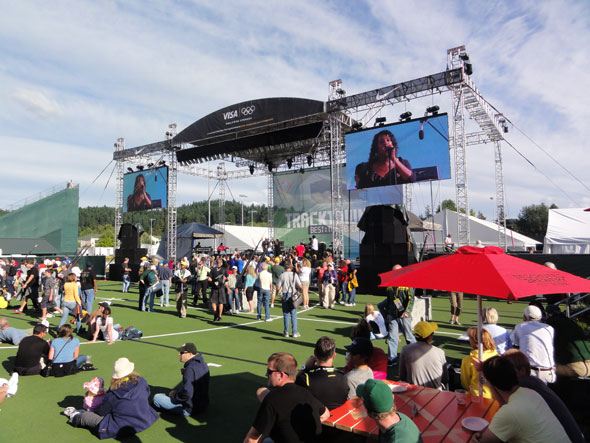 Fan Festival at the 2012 US Olympic Track & Field team trials

Track Town, USA:  A wonderfully sunny and mercifully short day at the track. When I arrived at Historic Hayward Field this morning, all I could think was: how is this only Day 3 of the Trials? It seemed we have been here for days and days already. The first two days of the decathlon had wiped us out.

Imagine how Mr. Eaton must feel. 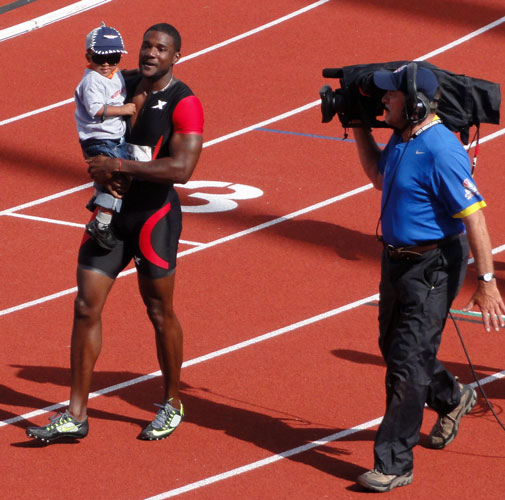 To celebrate "100 Years of the Decathlon" a reception was held in the University of Oregon art museum this evening. Everyone there was simply awed, star-struck and amazed to be in the room with so many legends of The One True Sport. 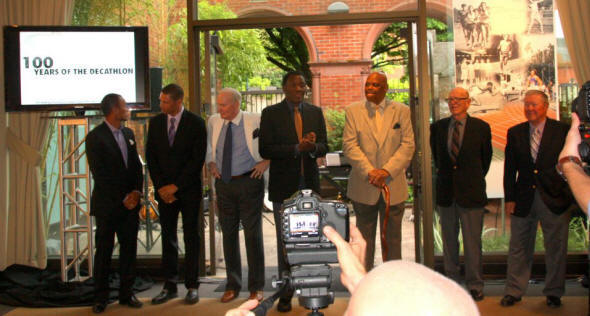 The art museum is featuring an exhibit on the history of the modern decathlon. Every piece in the exhibit came from the private collection of Frank Zarnowski, the keeper of the sport and the best decathlon announcer the event will ever know. 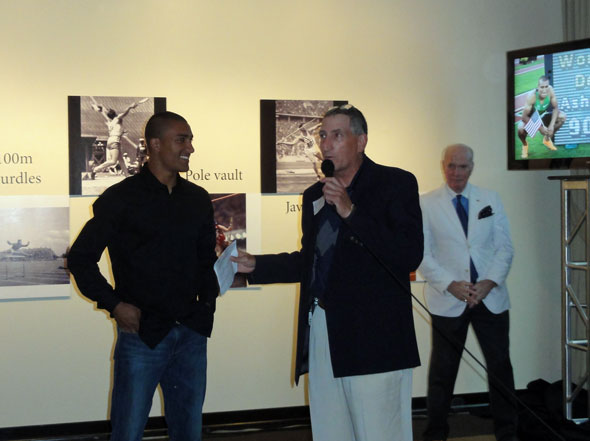 Even Ashton Eaton was there and humbled to be in the presence of so many American heroes. 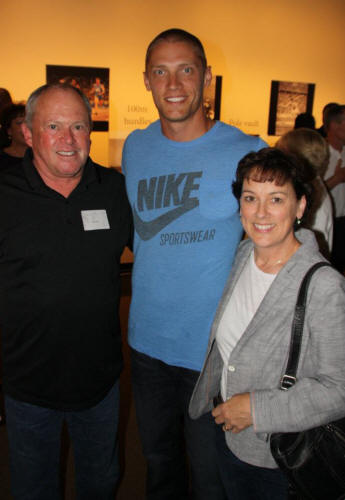 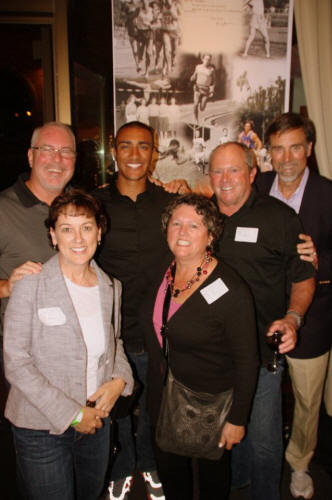 Ashton is heading out to Canada tomorrow to cheer as his fiance, Brianne Theisen, completes the heptathlon at the Canadian Olympic team trials. The guy must be exhausted. Two days of grueling competition, hours of post-meet interviews... two autograph sessions with fans Sunday (one at a supermarket!)... then this party. But look at him - all smiles and so happy to see everyone. All Ashton wanted to talk about with me was Matthew Centrowitz and the 1500m race this week. What a guy - all the excitement of being the World Record holder in the greatest athletic event on our planet and Ashton is thinking about Matt's race on Thursday.

I suppose there will never be another chance to have this much history in one room again. It was truly an honor to meet the legends of the decathlon. America reigns supreme in this event, and with the team the USA is sending to London, the next 100 years of the decathlon history should be equally rich.

Until my next update, I remain, your humbled correspondent.