Track Town, USA: A very mellow morning (for me while DT worked), followed by a very exciting evening at the track celebrating The One True Sport. I actually spent a few moments with My Driver (when he wasn't sleeping) today. He went to a very early morning meeting and then came back to the Magna Peregrinus to fetch me for a $15 gourmet lunch at Cafe Yumm. 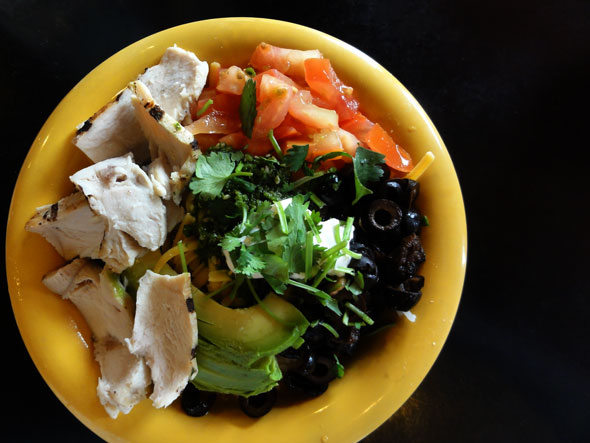 There is no need for me to even pretend to look at the menu. I always have the Hot n Jazzy Yumm Bowl. Rice, beans, tomatoes, olives, avocado, cheese, chicken, cilantro and maybe some other yummy stuff. Then I smother it with hot sauce. Perfect. 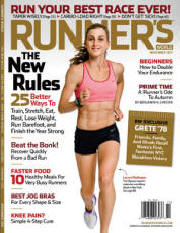 The events at Hayward Field started late afternoon, with many very exciting races. Two of our friends were competing tonight, so the excitement level was high in our seating area. US Champion 5000m runner and Runner's World covergirl, Lauren Fleshman, was racing in the 5000m qualifying rounds. Lauren has been coming back from an injury and has had to keep her aerobic fitness level at Olympic level by swimming. Yes, a runner has been swimming for months to keep fit. There were probably many who doubted the girl would be able to compete at this high level, but dang if Lauren didn't finish 6th in her heat to make the final Thursday night. I didn't doubt her. Lauren is tough.

World Champion high jumper, Jesse Williams (one of the athletes who attended our tailgate party last year) also competed tonight in the high jump final. Thing is, the World Champion wasn't having a very good day and really does not like jumping in the rain and it was raining. Jesse kept missing. Would it be that the man who won Gold at the World Championships wasn't going to make the US Olympic team? Jesse lives and trains in Eugene and is a huge crowd favorite. It came down to another athlete missingon his final jump for Jesse to make the team. Man-o-man, I never, ever, never, ever wish for a competitor to miss a jump, but I sure was happy when it happened. Whew. 20,000 people sighed at the same time. No, make that twenty thousand and one.

And Cyrus Hostetler was competing in the javelin final. In his spare time, Cyrus works for the Oregon Track Club - designing and updating their website - so Dave has been working with Cyrus over the past year. Dave and I are big fans and supporters of Cyrus, so when the TrackTown12 organizing committee asked us to award the medals to the winners of the javelin this evening, I could not have been more excited to put that medal around the neck of Cyrus Hostetler.

Except it didn't happen.

We do not yet know if Cyrus had a bad day due to his favorite javelin breaking in half during the qualifying round, or because of the rain or if he was just off, but Cyrus was not one of the men we gave medals, flowers and watches to on the winner's podium. 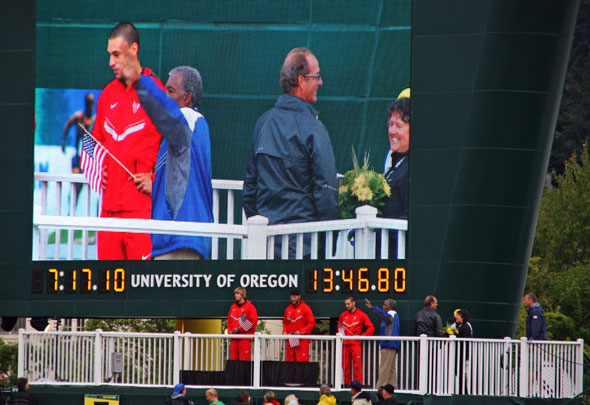 The gold & silver medal winners on this victory stand are not going to London. They have not met the minimum standard to compete in the London games. Cyrus has met the standard. Cyrus Hostetler, who finished 5th tonight is going to London. Ours is a strange and cruel world. 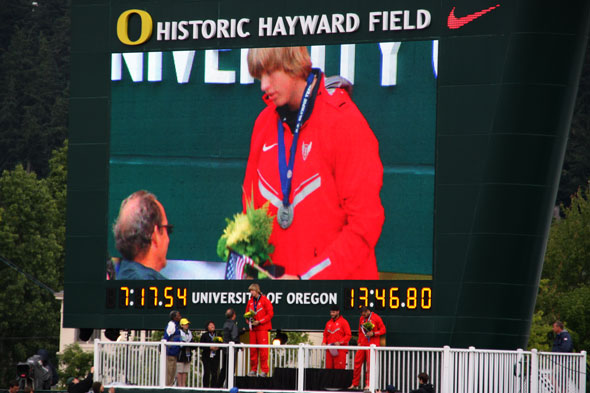 One highlight in this whole confusing mess was giving the Silver medal to Sam Crouser. Sam is a sophomore at Oregon, a native Oregonian, and his future looks very bright! GO DUCKS!

The final race was the men's 800m final. Local favorite, Nick Symmonds ran a blazing 1:43 two-lapper to make the US team with Khadevis Robinson and Duane Solomon. 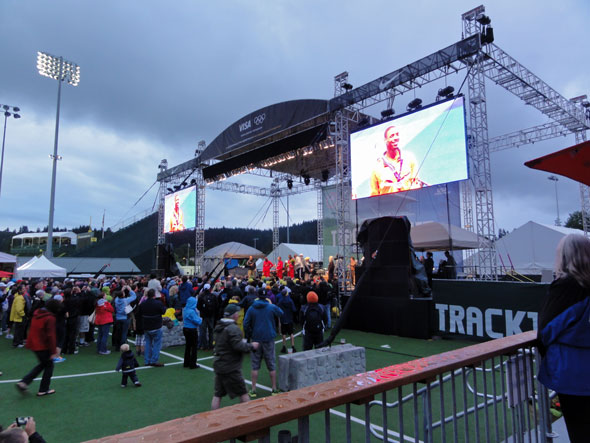 The 800m medal ceremony was held on the stage of the fan festival, outside the track. Even in the rain, the fans came to thank Nick and our men's 800m team! 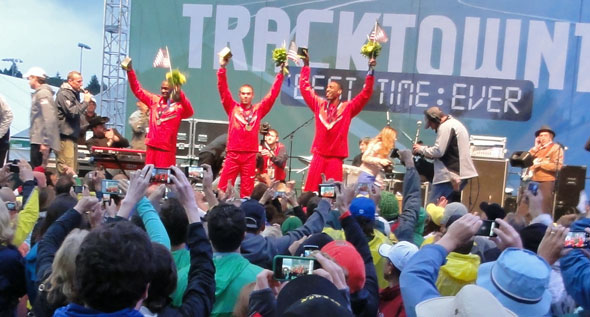 These guys are going to London! 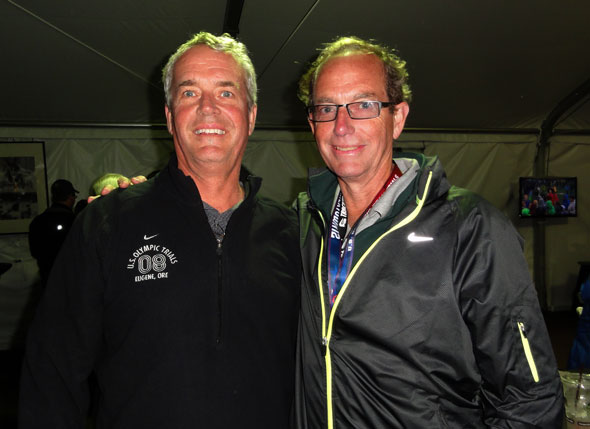 But this guy is going back to Sacramento. Brother Steve really enjoyed the first four days at the Olympic Trials, but he has to get back to his business. Those Taylor boys are so handsome!

After the hullaballoo had died-down and the crowd made their way to the exits, DT and I walked to a house a few blocks from Historic Hayward to attend a cocktail party with His Serene Highness, the Prince of Monaco. Yep, DT and I were partying with Prince Albert. Or was he was partying with us?

Prince Albert was at the decathlon celebration last evening as well, and we have met him previously at World Championships around the world. The Sovereign Prince of the Principality of Monaco is a huge track fan! And not only a fan, but a long-time supporter. For years the Prince has been a patron to countless athletes in many sports.

Until my next update, I remain, your royal correspondent.