Los Angeles, California: Our last day of Leo-duty was not exactly a full-day of responsibility. The kids knew we had already planned to be at Mt. San Antonio College, in nearby Walnut, California, to watch a track meet. To accommodate our schedule, Lisa arranged for Leo's babysitter (same woman who stayed with him while we went to dinner Wednesday) to bridge the time between our departure to the track meet and Lisa & Lenny returning from their Mexican Baby-Moon. 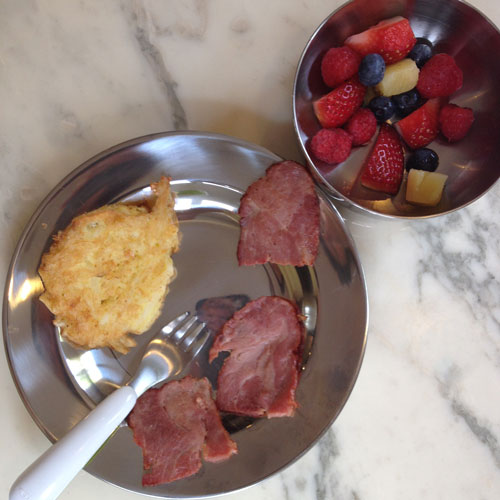 I made Leo potato pancakes and uncured turkey bacon this morning. He only ate the turkey bacon - plus a huge bowl of fruit.

Before leaving for the meet, I prepared a quinoa (approved for Passover as it is a seed, not a grain!), maple-glazed sweet potato, toasted pumpkin seed, kale and red pepper salad for us to take the meet - plus I made a potato-gruyere gratin and Mustard Chicken to serve the kids for dinner tonight - with a little tomato and avocado salad.

I really need to post the quinoa salad recipe one day soon as it was super-yummy. Gluten-free, vegan, dairy-free, etc... unless you sprinkle a little feta cheese on top.

We were joined at the meet by our great friend, Bruce - one of Dave's college roommates. The track meet was awesome if you were a Duck female sprinter. Dang if the Women of Oregon didn't show they mean business today. Duck women werewinning event-after-event and in several instances, beat professional athletes. 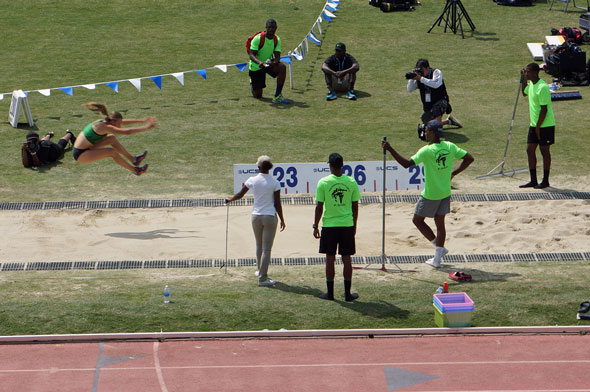 Not going to say it was the best meet for a few of our favorite professional athletes, but any day at the track is a good day. It was very hot and DT and I were simply melting in the sunshine. 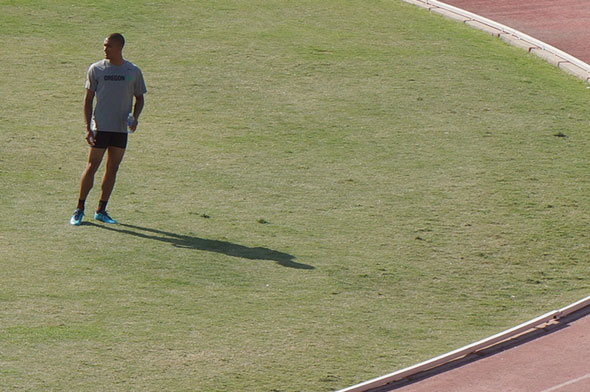 We loved watching the crowd as Ashton Eaton made his way onto the track for his first-ever 400 meter hurdle race. A hushed murmur. The 400m hurdle race is not part of the decathlon, so we figured Eaton's coach decided it would be a good opportunity for Ashton to practice his hurdle steps and just a good chance to do something he has never tried before.

ASIDE: 2014 is not an exciting year for track and field. No World Championships. No Olympics. In a year like this, many athletes take a little down-time, have a baby or finish that Master's degree.

Eaton was the elephant in the room. Everyone stared, but no one - except the other men in his race - approached him. Ashton Eaton is awed. He is the Mick Jagger of track & field.

He is the World's Greatest Athlete. 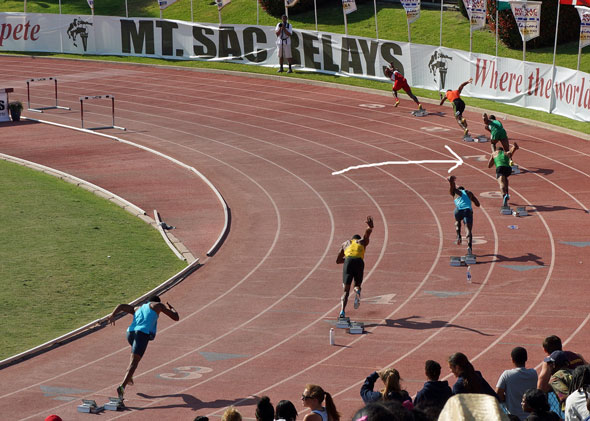 We returned to Lisa & Lenn's as Leo was waking from his nap. The parents had returned. The babysitter had been released. Little Leo was so excited to see his parents and so excited to show them his new bike. We had a great evening - the kids told us about their relaxing time in Mexico, they brought us fabulous gifts and we sat down to the dinner I had prepared this morning. 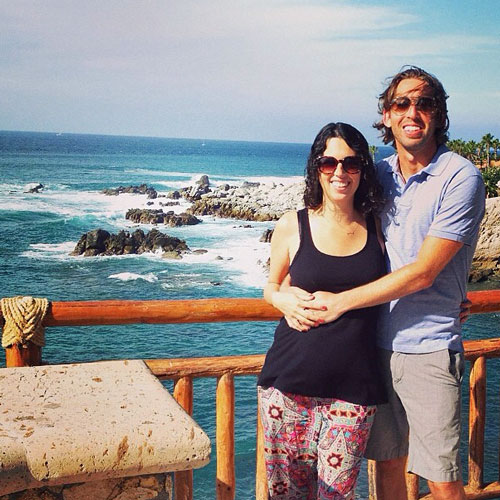 Lisa & Lenny in Mexico this morning

Looks like someone is going to have a baby (girl) in August!

Until my next update, I remain, your reprieved correspondent.