Indio, California: We returned to Indio yesterday, thankfully with no Coachella Music Festival traffic to deal with, so only a two hour drive. 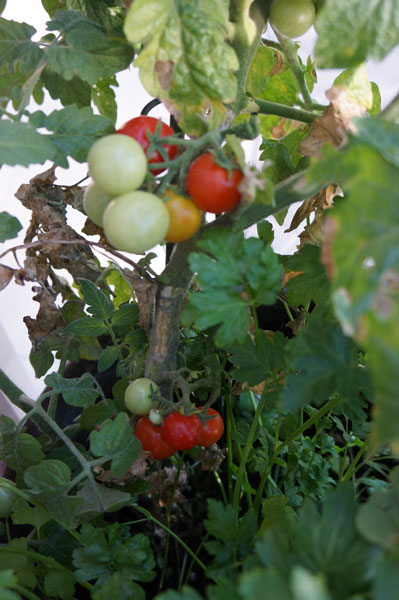 The cherry tomatoes are turning red and I have harvested a few (before this photograph). Only a few Roma tomatoes are beginning to turn a little orange. Hope we are able to harvest more before we hit the highway.

Dave and I were up early this morning to watch the Boston Marathon and to encamp in our covered pavilion while our coach was washed and waxed. (See, we really are getting ready to leave Indio one day soon.)

We were so pleased that nearly-39-year-old Meb won the marathon - the first time an American has won in 30 years. About time. Mr. Keflezighi, father to three daughters, picked up a tidy $100,000 today, which I suppose is about fifty grand per hour. The female winner, Kenyan Rita Jeptoo, is a 34-year-old mother. Jeptoo broke the course record to receive a $25,000 bonus, meaning she earned $125,000 in prize money today. No glass ceiling in marathoning, ladies! 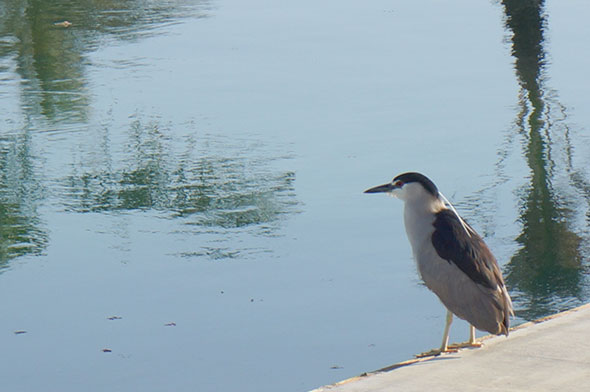 We also had a visitor this morning, a rare daylight appearance by a Night Heron. Now I know what was on our boat dock late one night last month.

We had a visitor over-night as well: 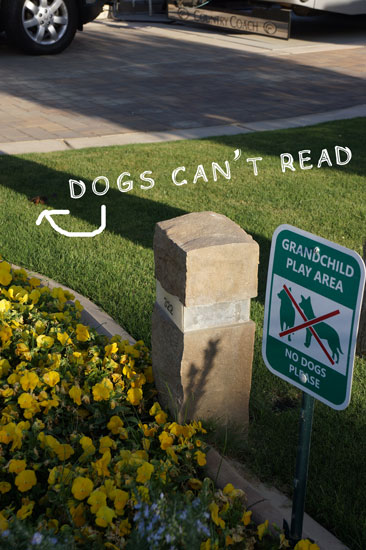 Someone let their dog poop on our lawn and they didn't even clean it up! That dog deserves a better owner. 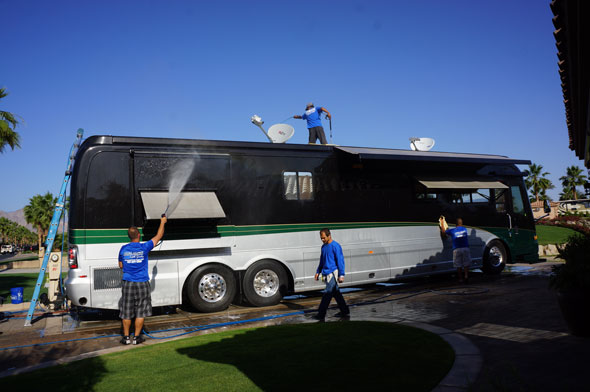 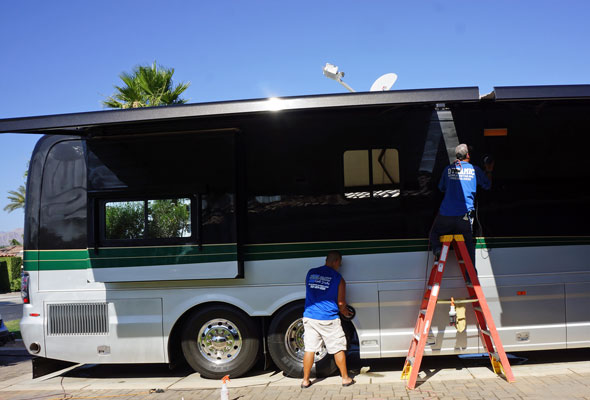 I am predicting either a rain storm or a sand storm tomorrow.

Between getting unpacked and doing three loads of laundry, watching the marathon and supervising the bus wash/wax (just kidding), I whipped up another batch of the quinoa, kale and sweet potato salad. 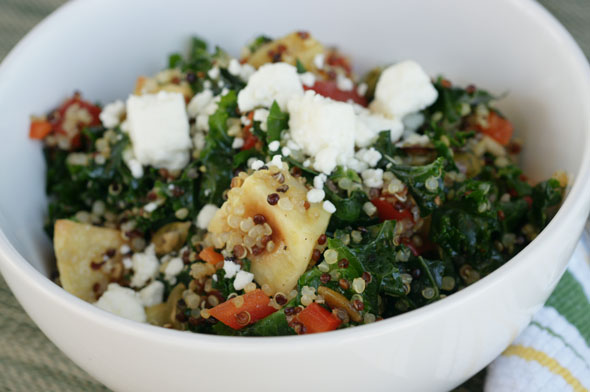 Sadly this version wasn't as good as the first batch, so I will go back to the drawing board and post the recipe as soon as I can. There are a lot of steps involved, so it really isn't very RV-friendly. Sorry!

The rest of the afternoon was spent going through every cupboard and cabinet in the shade structure - getting organized so we can leave - hopefully next week.