Indio, California: The Coachella Music Festival is happening again – this weekend and next. Back in the day, when Lisa first began attending Coachella right after college (2003-ish), the festival was held over two days once a year. We would rent a site in this RV park (we didn’t buy until 2010) and Lisa would stay in our bus with us. DT would drive her as close to the festival grounds as possible (it wasn’t as well-attended in those days) to meet her friends, and she would call him sometime after midnight and DT would go back to fetch her. Then college friends started joining her. When the numbers grew, the kids would rent a nearby house and we would only have to stock the fridge for them and drive them around. Then came marriage and two babies – so Lisa rarely goes at all any more. However, her posse remain, so come to us for food on the first morning of the festival. They no longer rely on us for transport – Uber takes care of everything – and we can open as many bottles of champagne as we please. 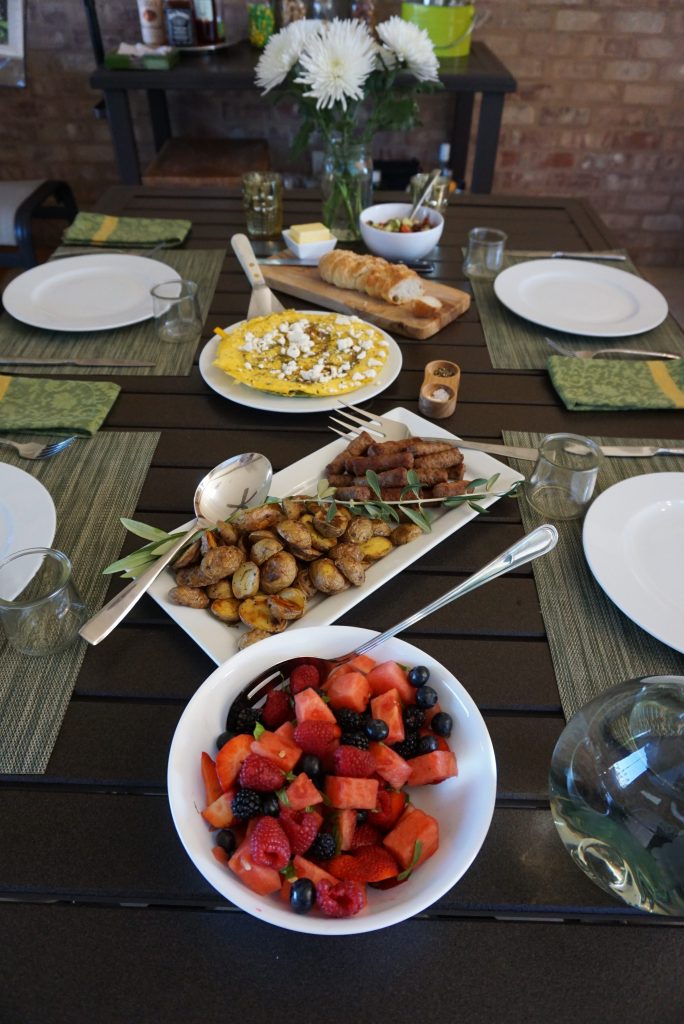 Angela (Lisa’s great friend and Leo’s godmother) is from Athens and Angela is the constant in this brunch situation, so I always serve Greek food, and basically the same menu every year. 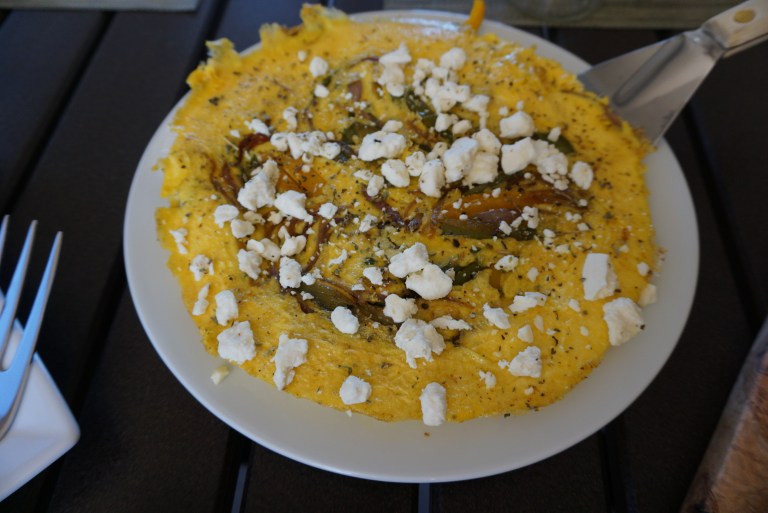 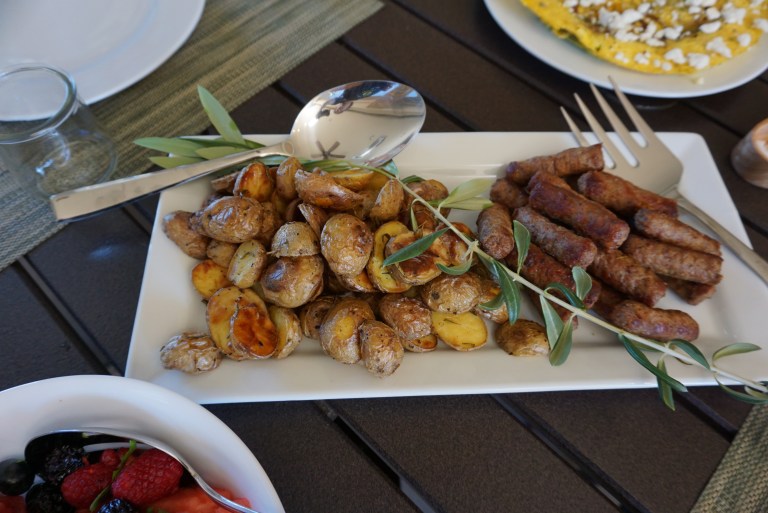 I added potatoes roasted in duck fat and rosemary (from our herb garden) to the menu this year. From the response, I think this dish may have to make an appearance next year as well. Savory turkey sausages from Applegate Farms are always on the menu. A fruit salad, and an Israeli salad with garbanzo beans, along with several bottles of bubbly rounded-out the pre-concert meal.

Not only did Leo’s godmother attend, we were joined again this year by our goddaughter, Natalie – Tamra and Steve’s daughter. The girls ate well and we had so much fun discussing the line-up (I had heard of TWO of the 100-or-so bands playing over the next three days) and if Kanye was showing up or not, who is Ariana Grande dating now, and other important (obviously!) topics of the day.

After brunch, we always have a photo session: 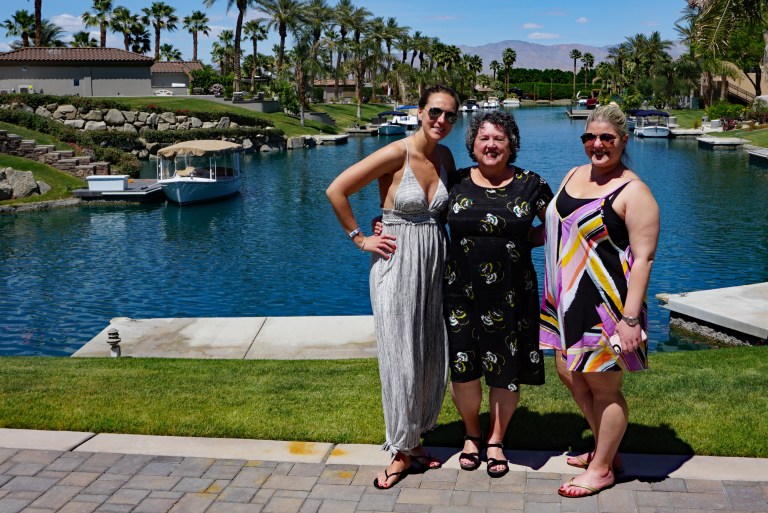 We are so blessed to have so many wonderful young people in our lives. Their energy, brains, and beauty truly light up our days. Have fun at Coachella, ladies!